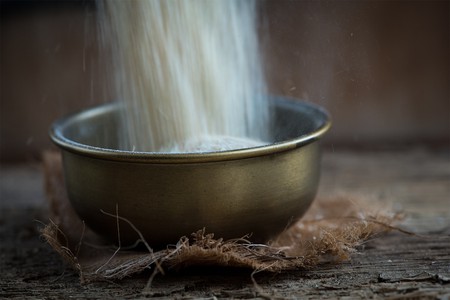 With lots of fried items and extensive use of ghee, Indian food isn’t particularly known for being healthy. But there are a few dishes that stand out, contrary to this popular belief. Here are 10 delicious and nutritious food items from different parts of the country that you can now add to your healthy meal plan.

Sisnu, also known as stinging nettle leaves, is consumed widely in the Himalayan state of Sikkim. The most common dish using the plant is called sisnu ko raas (nettle soup). This soup is made without adding any oil by simply boiling the leaves and garnishing with garlic at the end. The soup tastes great as is, but if you want to pack in more flavours, you can add some vegetables and meat as well. Stinging nettle is known to be effective in treating urinary problems as well as a host of other ailments like arthritis, gout, anemia and eczema. 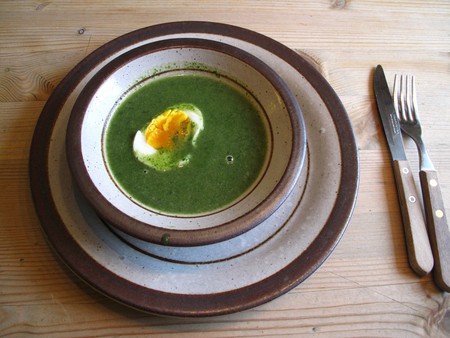 Raita, a yogurt-based side dish, is eaten with a number of Indian dishes including parathas, biryanis and kebabs. Raita is a mix of yogurt and a variety of vegetables, fruits and spices. It not only helps in neutralizing the strong and spicy flavours of Indian dishes but it is also packed with healthy nutrients. Yoghurt is high in protein and contains calcium, vitamin B2 and B12, potassium and magnesium as well. It is also known to alleviate gastrointestinal conditions. Cucumber raita is one of the most delicious and healthy versions of this dish.

If you’re looking for a healthy Indian snack, then look no further than the humble makhana or fox nuts. These seeds come from a plant called Euryale ferox, which is a type of water lily. Due to the low content of fat, sodium and cholesterol in makhana, it makes for a very healthy snack. The seeds also find use in alternative medicines, like Ayurveda, and are mostly used to treat kidney diseases. Additionally, makhana is also believed to have aphrodisiac properties.

Daliya is a popular breakfast dish, eaten mostly in the northern states of India. It’s basically a porridge made out of ground wheat, lentils and vegetables. For someone trying to keep their weight in check, a bowl of daliya makes for an ideal breakfast option. It’s high in fibre and gives you a feeling of fullness so that you don’t feel the urge to snack.

Another healthy breakfast choice is upma, a dish commonly found in South India. The porridge is usually made from dry roasted semolina, which contains a lot of healthy nutrients like iron and vitamin B-complex. Semolina also consists of selenium, which acts as an antioxidant when combined with other nutrients, like vitamin E, in the body. Make your daily bowl of upma extra healthy by adding vegetables and nuts to it.

Idli is a savoury rice cake mostly eaten for breakfast in South India. Recently, people have started replacing rice with oats while making idli and what you get is an equally delicious dish but with fewer calories. Urad dal, a type of lentil, is one of the main ingredients used in the preparation of this dish and the dal itself is a rich source of protein and iron.

Dhokla is a famous snack from the state of Gujarat and it is usually made using a fermented batter of chickpea flour and yogurt. While chickpeas already have a high protein content, the fermentation process further enhances its nutritional value. The bioavailability of nutrients like folic acid, riboflavin and vitamin K are said to improve as a result of fermentation, making dhokla a very wholesome treat.

Rosep aon is a little-known dish from the Northeastern state of Nagaland, which consists of mixed vegetables, dry fish and bamboo shoots. The only spices used to flavour this dish are ground chillies, ginger and garlic and all of the ingredients are simply boiled together. Bitter gourd, aubergine, beans and green leafy vegetables are most commonly used in the preparation of rosep aon. It’s not only delicious but super healthy considering it has truckloads of veggies and is prepared using zero oil.

Rasam is a South Indian soup made of tamarind juice, pepper, tomato, cumin, curry leaves and other spices. The stock is usually extracted from toor dal, a type of lentil found in most Indian kitchens. While it’s packed with flavours, rasam is also known to have health benefits and is especially good for curing digestive problems. 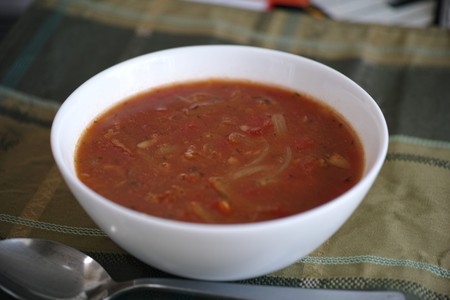 Roasted gram flour is called sattu in India and it’s one of the lesser recognized superfoods easily available in the country. Sattu powder is usually used to make a refreshing cold beverage in most parts of North India but you can also make bread and porridges with it. Sattu is known to provide the body with instant energy, is high in fibre and contains nutrients like iron, calcium, manganese and magnesium.