The Story of Hiware Bazar, An Indian Village with 60 Millionaires 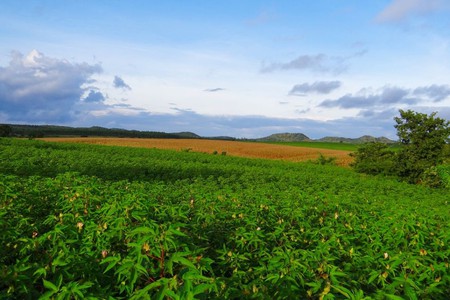 Tucked away in the arid Ahmednagar district of the western Indian state of Maharashtra, Hiware Bazar was in the grips of poverty and drought some 30 years ago. But in the 1990s the fate of the village changed, and it transformed into a wealthy village with nearly 60 millionaires, all of whom are farmers. The credit for this rags-to-riches success goes to Popatrao Baguji Pawar (the village head), who changed the socio-economic fabric of the village forever.

With a per capita income of just INR830 ($12.99) per month back in 1995, to INR30,000 ($469.50) today, Hiware Bazar is making strides. Inhabited by 1,250 people, out of which 60 are millionaires, this village is, indeed, a quintessential example of a developing nation. The village boasts bustling markets, immaculate roads, verdant fields, and well-built houses kitted out with mod-cons that are rare in Indian villages.

In addition to that, open defecation, tobacco and alcohol consumption is strictly prohibited in the village, along with a ban on deforestation, grazing, and tube wells for irrigation. The village is thriving with each passing year, and it has attained a dignified living standard with earnings almost double that of most rural villages in India.

But this wasn’t always the scene. Rewind back to 1972: the village was massively hit by drought, and year after year the condition of the village was getting worse—the wells had run dry and water was scarce, which resulted in fallow lands and thus no source of income. The aftermath of this was depression, addiction to alcohol that fuelled domestic violence, and exodus. Every family was under the spell of these issues. A lack of support or governance in the village meant the problems were further aggravated. In fact, over 90 percent of the inhabitants fled to the cities to find a new life. But to end this desperation, the youth of the village decided to appoint a young village head who could change the course of the village. 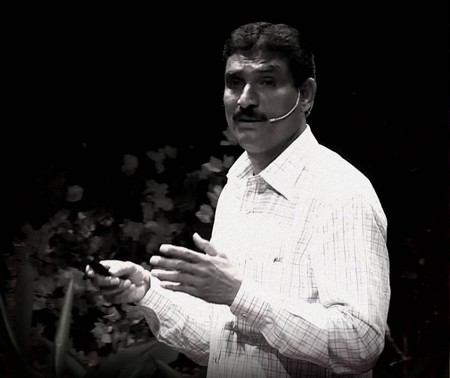 In 1989, Popatrao Pawar was appointed as a village head (sarpanch) unanimously, and since then there’s been no looking back. First things first, Pawar ended the menace of smoking and inebriation by shutting down all the illicit liquor stores in the village, followed by a ban on liquor and tobacco consumption.

As the village is nestled in a rain-shadow area and receives a scant amount of rainfall (less than 15 inches) every year, it became imperative to meet its water needs. To do so, Pawar took out a loan and started a rainwater harvesting and watershed conservation and management program in the village. Together with the villagers and using state government funds, he established several water bodies, including 52 earthen bunds, 32 stone bunds, check dams, and percolation tanks to store rainwater, as well as lakhs (thousands) of trees being planted.

This watershed technique helped the villagers with irrigation and to harvest different crops. With just 90 wells back in 1990, this tiny village now has around 294 water wells. In a span of just a few years, the water level began to rise in the wells and other man-made structures around the village, thus farming was back in full swing and became the main source of income for the villagers. Also, the village abandoned the use of water-intensive crops, and instead vegetables, pulses, fruit and flowers that use less water were grown.

The villagers also started focusing on cattle farming, which led to an increase in milk production, thus raking in huge revenue. Back in the 1990s, about 33 gallons of milk were produced per day, while today milk production is around 880 gallons per day. The village learnt to tackle any kind of challenge thrown their way, either by Mother Nature or man-made. Slowly and steadily the village witnessed growth and prosperity, resulting in reverse migration. In 1995, out of 182 families, 168 were marked below the poverty line, whereas today it’s just three.

Other noteworthy accomplishments: the village is spick and span, every home has a toilet, each house uses biogas, schools and a healthcare system have been established, electricity and water runs throughout the village, three women are on a 70-member panchayat (self-government system), and every second daughter’s marriage and education expenses are borne by the village itself—all this is something that is not often witnessed in hundreds of thousands of villages in India. And that’s not all. More than 60 percent of the children in the village are now studying medicine, and the village has adopted family planning and HIV/AIDS prevention initiatives, as well as several other health and hygiene initiatives being carried out.

Pawar’s good governance, hard work and dedication, along with village support and participation has led the village to attain the title of Ideal Village by the Maharashtra Government. In a 2016 Mann Ki Baat radio address, India’s prime minister, Narendra Modi, praised the outstanding work done by the village head and the villagers. As a result of this feat, Popatrao Pawar has been appointed chairman of the Model Village Programme of Maharahstra, whose MO is to create 100 similar villages. And if more villages follow suit, there will come a time when no-one is below poverty line.