The Story of Bhangarh Fort, India’s Most Notorious Haunted Site 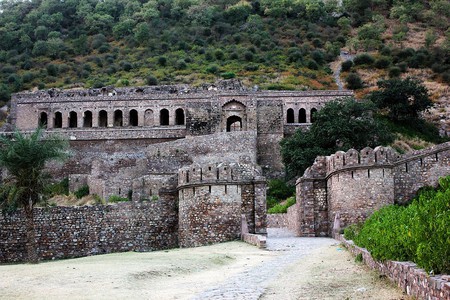 With a sign put up by the Archaeological Survey of India prohibiting visitors post-sundown, the 17th-century Bhangarh Fort stands tall, unbeaten and grim in Rajasthan’s Alwar district. While it was once a grand architectural marvel—built by local ruler Raja Bhagwant Das—today, the sprawling fort and its immediate premises are known as the most haunted site in India.

Decently preserved, for the most part, Bhangarh’s ruins today include several impressive structures, including several temples, public chambers, and the royal palace. While its primary gate is mostly dilapidated, the complex’s other points of entry are mostly intact. Upon entrance, visitors will stumble into a variety of temples, including a Hanuman temple, a Ganesh temple, and a Someshwar temple. These structures, adorned with intricate carvings and sculptures, are proof that Bhangarh is worth visiting for not just the spooks. 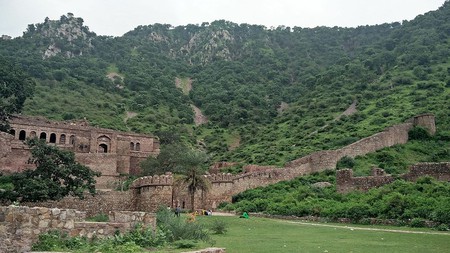 Farther inside the fort complex, you will find marketplaces and stunning havelis or mansions. A Nachni ki Haveli (dancer’s chambers) and other structures can be seen towards the main entrance areas. The royal palace sits farther inward and is a larger, spookier structure.

The general belief is that Raja Bhagwant Das built the fort for his younger son, Madho Singh, who is said to have coined the fort’s name, taken from either his father’s or grandfather’s name. Perhaps the family’s most known member around the country today is Man Singh I, who was a trusted general and one of nine advisors (called Navratnas) to Mughal emperor Akbar. 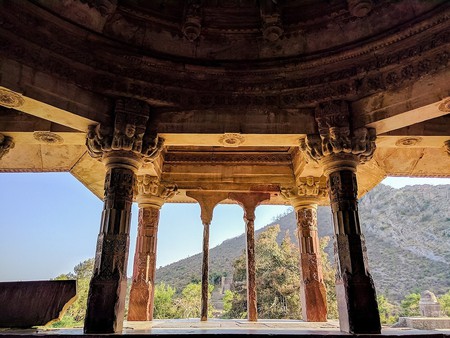 A variety of legends surround the circumstances under which the sprawling fort complex was abandoned. According to one version, a local ascetic, who insisted that no house in the vicinity should cast a shadow on his home, cursed the fort after the grand structure and its shadow overpowered his property. 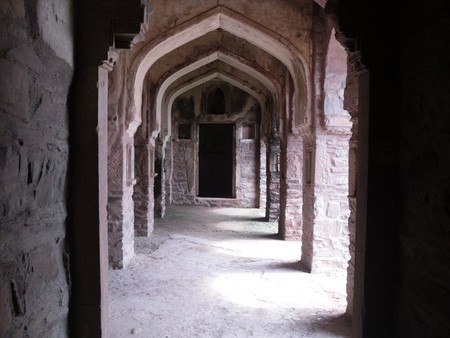 Inside the fort | © Arindambasu2 / WikiCommons

Another local legend tells of a black magician or evil saint who fell in love with a princess from the fort town and attempted to use a love potion to win her affection. However, the princess dodged his moves by flinging the potion onto a boulder, which then rolled down toward the magician, physically crushing him. Before taking his final breath, he cursed the fort, saying it would end up in a state in which no one could live—as it is today. 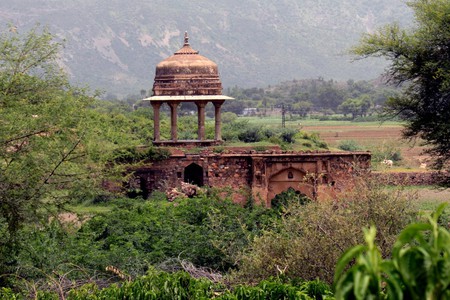 Speaking to locals from nearby villages will get you a host of newer, stranger myths and legends. But what is widely accepted as true is that a few fatal accidents have taken place in the fort in the past, mostly involving tourists, which prompted the Archaeological Survey of India to post its sign prohibiting visitors between sunset and sunrise. However, spending full nights in the haunted fort premises is still an adventure people partake in almost too frequently. 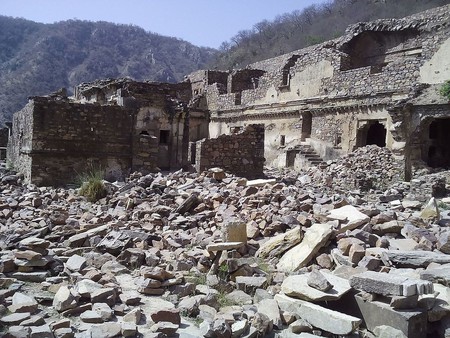