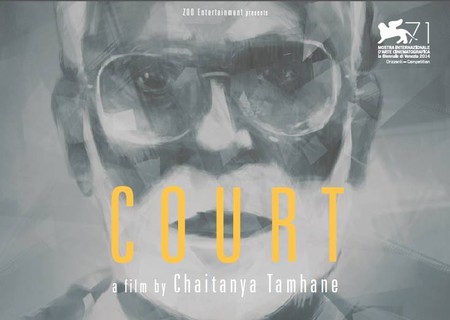 Marathi film Court, 2015, winner of the Orizzonti and Lion of the Future award at Venice Film Festival, amongst others | © Zoo Entertainment

When we hear the term “Indian Cinema”, our minds immediately think of the glamorous cinematic mammoth that is Bollywood. Yet India’s regional cinemas are also worthy of exploration.

Our regional film industries are coming into increasing focus for a number of reasons. For example, Marathi and Malayalam cinema has been going through a revolution of sorts in recent years regarding the quality and kinds of movies being made, and they are increasingly getting national and international recognition for it.

Regional films are known for their smaller budgets but are also less frenzied about their star culture, with the exceptions of Telegu and Tamil cinema. This allows filmmakers to put the content and story at the center of the films and experiment with different kinds of movies. Regional films are also rooted in specific cultures and deal with local issues.

India is one of the few countries in the world where Hollywood doesn’t reign supreme, which is something we should be proud of. This is because we make films for our audiences, with Indian sensibilities and cultural intricacies.

Similarly, there is a significant case for regional cinema catering to the audience’s more immediate cultures, given that we are a nation rich in heritage with so many voices and languages coexisting.

These smaller film fraternities are now getting more recognition, support and consideration from several heavyweights in Bollywood, many of whom are making a conscious effort to promote regional cinema in the country.

Anurag Kashyap, who has always been a proponent of the smaller districts of cinema, raved about 2015’s internationally acclaimed Tamil film Visaranari, director Vetrimaaran’s movie about police brutality in the current justice system.

Bollywood production houses are increasingly backing regional films. The gargantuan Baahubali: The Beginning was distributed in North India by Karan Johar’s Dharma Productions. Kashyap’s Phantom Films distributed the 2013 Tamil film Pardesi for North Indian audiences. Drishyam Films, the company behind films like Masaan and Ankhon Dekhi, announced it would be venturing into distribution with the 2016 Kannada thriller U-Turn. 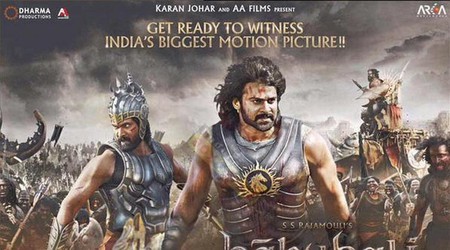 ‘Baahubali’, a regional film that became a mammoth national hit

As a result, what is popularly considered Indian cinema is slowly but surely changing as more and more non-Hindi movies are produced. A notable indication of this is that Baahubali, technically a Telegu film, pushed every boundary of filmmaking and went on to be one of the highest-grossing films of 2015, no small feat for a non-Hindi film.

It also went on to win the National Award for Best Feature Film, though that has come under some scrutiny.

If we take a closer look at the National Award winners for Best Feature Film over the last decade, it has only been awarded to a Bollywood film twice: Paan Singh Tomar (2012) and Ship of Theseus (2013). Similarly, if we look at India’s official entry to the Oscars over the last five years, three of the submissions have been non-Hindi films: 2011’s Abu, Son of Adam (Malayalam), 2013’s The Good Road (Gujarati), and 2014’s Court (Marathi). 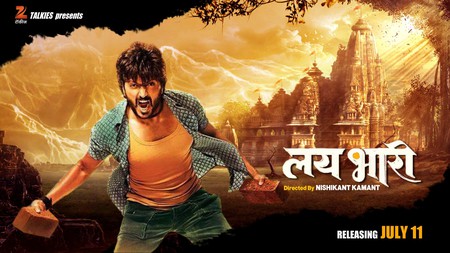 Looking at some specific industries more closely, you can see a rebirth of sorts in the kind of films that have been made in the last decade, such as those of the Marathi New Wave. A new generation of filmmakers have been exploring unusual and hard-hitting subjects through films like 2013’s Fandry, an exploration of the caste system, and 2005’s Dombivli Fast, a realistic take on a common man’s fight against the system.

Marathi films have also received a lot more attention in recent years due to a larger backing from Bollywood actors such as Ritesh Deshmukh, who starred in Nishikant Kamath’s Lai Bhaari, the highest-grossing Marathi film of all time.

Malayalam cinema has progressed in the last five years with stellar movies like the highly acclaimed Drishyam (2013). The highest-grossing Malayalam film to date, it has been remade in Kannada, Tamil, Telegu, and in Hindi as a vehicle for Ajay Devgn. The popular 2014 feelgood drama Bangalore Days, from director Anjali Menon, was also due to be remade in Tamil, Telugu, and Hindi. This in itself is a strong testament to the appeal of these movies.

Overall, it is difficult to fathom just how much the various film industries in India have influenced each other, be it directly through official or plagiarized remakes, or else indirectly through sharing the talent of filmmakers, actors, and stories.

Even the strict “Hindi film-only” audiences don’t realize the extent to which Bollywood has been impacted and shaped by the regional industries. Even Salman Khan’s string of successes in the last decade and “good bad boy” image can be significantly attributed to remakes of Tamil, Telegu, and Malayalam films, including Wanted, Bodyguard, Ready, and Kick.

So, why should we care about regional cinema? It provides a great deal of diversity in Indian cinema, an aspect that sets us apart from other global film industries. How many other countries can claim to be brimming with so many cultures and languages that are reflected in their movies?

Our regional films play a key part in putting our nation on the global stage for their bold and innovative filmmaking. The fact is that some of the best films being made in the country in recent times have come from local territories, not Bollywood, including Court, Baahubali, and Bangalore Days.

Indeed, there has never been a better time to be a fan of Indian cinema!