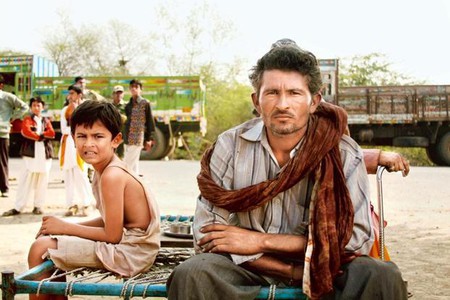 Most movie fans know about Bollywood, even if they’s never seen any of the Hindi film made in Mumbai under its rubric. But where is Gollywood and what kinds of films of they make there?

Since its inception in 1932, the Gujarati film industry, also known as Gollywood or Dhollywood, has produced over a thousand films. Yet somehow this regional cinema has never matched the popularity of other film industries, such as those of South India or West Bengal.

However, this has begun to change since the state government offered the industry a 100 per cent entertainment tax exemption alongside a new policy of incentives introduced in February 2016. Several Gujarati films have been witnessing both commercial and critical success, and here are five of the best.

You may have heard of this as being the first Gujarati film ever selected to represent India at the Oscars in 2013, and although it didn’t eventually make the cut for the nominations, it did bag awards for Best Gujarati Film at the 60th National Film Awards and’Best Feature Film, Jury Award at the Indian Film Festival in Houston in October 2013.

With most of the action unfolding amid the vast desert landscapes of the Rann of Kutch, this film delves into an India which we don’t usually see on celluloid. Director Gyan Correa, an advertising filmmaker based in Mumbai, spent several months on the road exploring India’s sprawling network of highways and interacting with truck drivers who “spend their lives delivering goods worth millions without ever seeing wealth themselves.”

The film that arguably set the tone for modern-day urban Gujarati films, this 2012 release ran for an impressive 16 weeks at the box office. It won hearts through its simplistic and satirical exploration of the great American dream from a typically Gujarati standpoint. A measure of its outstanding success is the fact that it won seven out of the eight awards it was nominated for at the 2012 BIG Gujarati Entertainment Awards.

Perhaps the title of this one speaks for itself! The film is a comedy-drama based on the Gujjubhai stage-play industry. Although the premise is pretty cliche – a conservative father wants his daughter to marry the boy he picks for her – Gujjubhai the Great manages to be entertaining without being slapstick. Like Kevi Rite Jaish, the film offers glimpses of many of the popular sites of Ahmedabad, like the much-hyped Sabarmati Riverfront, Kankaria Lake, and various heritage houses.

Another gem from Abhishek Jain, this was the first Gujarati film to be screened at the New York Indian Film Festival. This coming of age story about friendship takes its inspiration from a real-life tale about the owners of Lucky Restaurant, a popular tea joint in Ahmedabad.

This film isn’t a recent one, but it’s worth mentioning for its revered status as perhaps the best Gujarati film of all time. Starring prolific actors like Naseeruddin Shah, Om Puri, and Smita Patil, this 1980 classic explores the sad realities of caste struggles, and it was particularly appreciated at the time of its release for its novel plot treatment plus its inclusion of both folklore and the theatrical form of Bhavai. Bhavni Bhavai was also considered groundbreaking for its dark humour and satire at a time when most Gujarati films were based on mythological or religious stories.