The Most Spectacular Places to Cycle in India 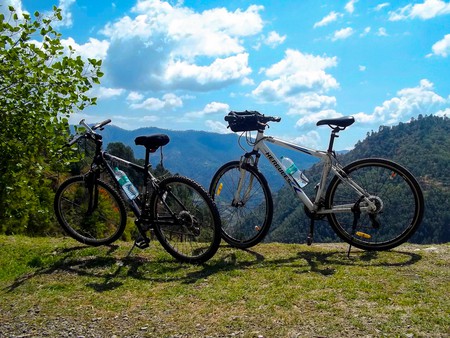 Are you the outdoorsy, adventurous kind? India, due to its varied terrain, has bicycling tracks for leisure cyclists and more serious riders. The Himalayas, long winding coastal roads… Let’s take a look at the best cycling tracks in India.

The Himalayan Adventure Sports & Tourism Promotion Association organises a bicycle race from Shimla to Manali (and back) every year. The mountain cycling track crosses Shimla, Kullu and Mandi, and is said to be one of the most difficult in the world! However, you can try cycling on this track even if you’re not participating in the competition. Just be warned – it is not for the faint hearted those who just enjoy a gentle ride. 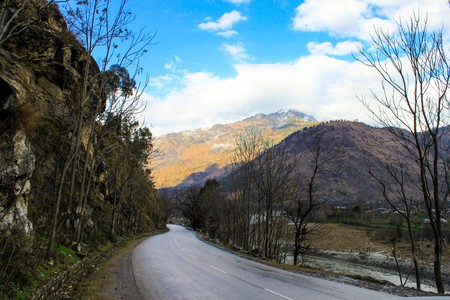 The hilly road from Manali to Shimla | © _paVan_ / flickr.com

From the mountains in the north, we come to the coastal region in the south. The East Coast Road, or State Highway 49, is a beautifully made roadway along the coast of the Bay of Bengal. It starts from Chennai in Tamil Nadu and ends at Kanyakumari. The track is easy and can be tried by both leisure and serious cyclists. It’s a good way to approach Pondicherry, an old French town of India. 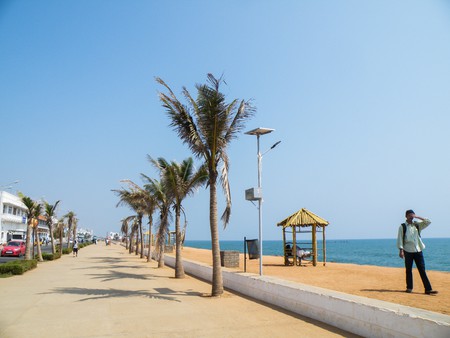 The sea is a constant companion on the way to Pondicherry | © Pratheesh Prakash/ flickr.com

A short but difficult one! This track is part of Sikkim’s old silk route, a roadway used between India and China to trade silk, wool, horses, etc. for centuries, until the Sino-Indian War in 1962. It is not an easy road at all and is meant for professional cyclists and those with experience in tough, mountain cycling. 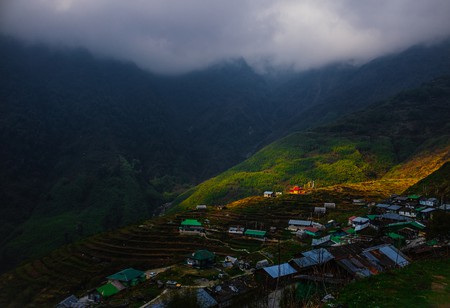 This track is on the Cherrapunji-Shillong-Guwahati highway. With mountain peaks on one side and deep valleys on the other, this route is an expert cyclist’s dream. It’s not advisable to ride this track after sunset because the highway has little to no street lighting. 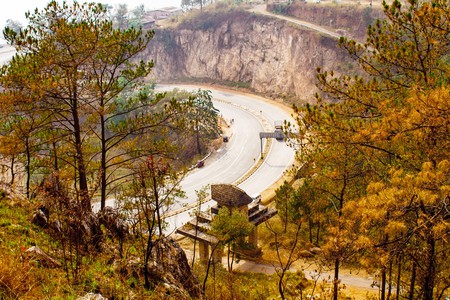 The winding road that leads to Cherrapunji | © Focus_Redefine_Fotography / shutterstock.com

The Mumbai-Trivandrum track on the old National Highway 17 passes forests and beaches, caves, wildlife sanctuaries and waterfalls. It’s a delight for cyclists who are as intrigued by the journey as the destination. This road has a lot of attractions along the way, like pilgrim’s village Udupi, Bekal’s 16th century fort and many temples. It’s best not to attempt this during the monsoon season. 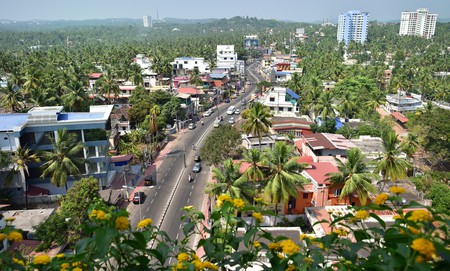 Beautiful landscape on the way to Trivandrum | © AjayTvm / shutterstock.com

This route covers a beautiful part of the Western Ghats in India. Daman is part of the Daman & Diu coastal Union Territory region, which was part of Portuguese India until 1961. The road from Mumbai to Daman is a flat roadway and moderately easy. 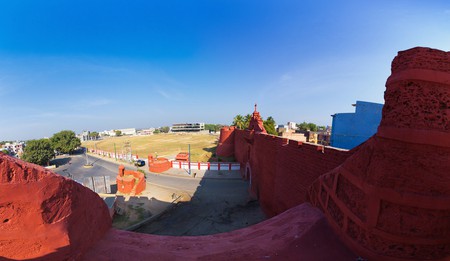 The clean and plain road to Daman | © O'SHI/ shutterstock.com

Rameshwaram is located in the southernmost region of India, on Pamban Island in Tamil Nadu. The roads here are a cyclist’s dream. The best way to explore this island with beautiful temples and a gorgeous coast is to cycle. 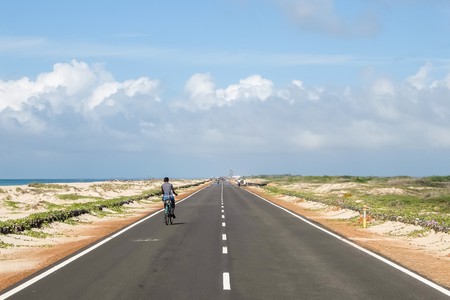 The roads of Rameshwaram are flanked by the Arabian Sea | © Denis.Vostrikov/ shutterstock.com

This is one for the experts. Although the distance is short and most of the track is paved, some is simply dirt track and is littered with rocks and rivulets of melted snow. It’s also very high, starting at Leh (11,484 ft/ 3,500 m) and rising to Khardung La (17, 582 ft/ 5,358 m). It’s a very difficult bike ride, but the breathtaking landscape is equally rewarding. 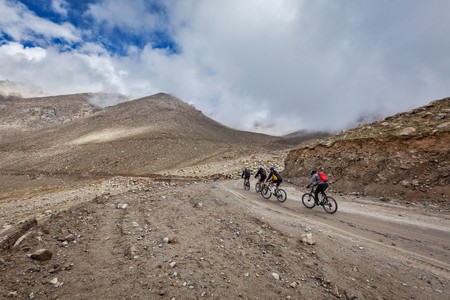 The road to Khardung La, not a ride for amateur cyclists | © Dmitry Rukhlenko / shutterstock.com
Give us feedback