The Most Scenic Walks to Take in Delhi 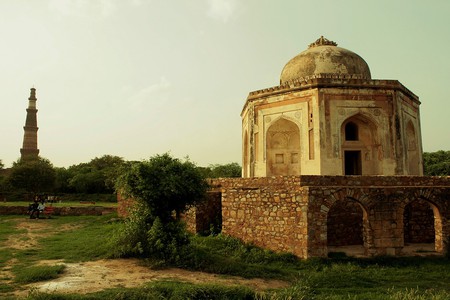 Delhi has earned itself the notorious reputation of being one of the most polluted cities in the world. But the capital also has a lot of green cover in thick wooded forests and landscaped parks. If you need to take a break from the hectic pace of life and be one with nature, here are the most scenic walking trails in Delhi.

Both history buffs and nature lovers will find Mehrauli Archaeological Park a revelation. Often ignored for its next door neighbour, the iconic Qutub Minar, even Delhites seem to know very little about this park which is almost as old as the city itself. There are run down structures spread across the place built by different dynasties from the Tomar Rajputs to the Mughals and even the British. Besides getting a glimpse into Delhi’s past, you also encounter thick and verdant foliage and are able to spot numerous bird species during a walk here. 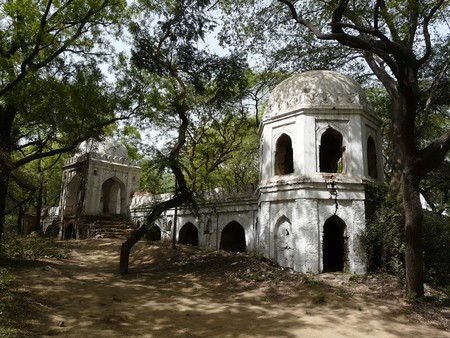 Hauz Khas complex was an important part of Siri, the city built during the 13th century Delhi Sultanate reign. It housed a large reservoir which ensured continuous supply of water to the main city. During a walk alongside the Hauz Khas Lake, you can explore medieval ruins including a mosque, an Islamic madrasa (seminary) and the tomb of 14th-century ruler Firoz Shah. If you’re here in the evening and want to grab a cup of coffee after a long walk, head to Kunzum, Delhi’s only travel cafe and a much-loved hangout spot. 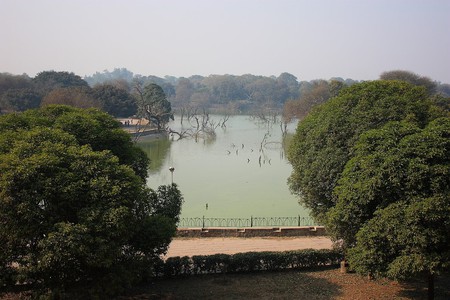 Adjacent to the Hauz Khas Complex is another popular walking trail, Deer Park. In fact, many people even cover both places at the same time. Deer Park is so named because it has a huge enclosure which is home to a number of deer. Peacocks and rabbits are also often found roaming around in the area making it a rare sight within the urban landscape of Delhi. The large expanse of well manicured lawns at the park is, therefore, a favourite with those looking for a relaxed and enjoyable stroll. 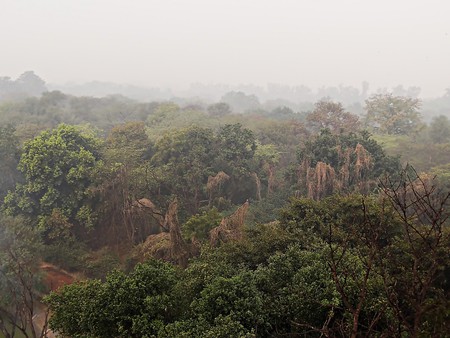 Located in one of the most affluent neighbourhoods in Delhi, Lodhi Gardens is a landscaped garden spread over 90 acres. Apart from its well manicured lawns, the place houses a number of medieval tombs built during the 15th century by rulers of the Lodhi dynasty. If you’re done exploring the park and want to continue your stroll in a different setting, head to the nearby Lodhi Art District which has the capital’s most exciting street art. 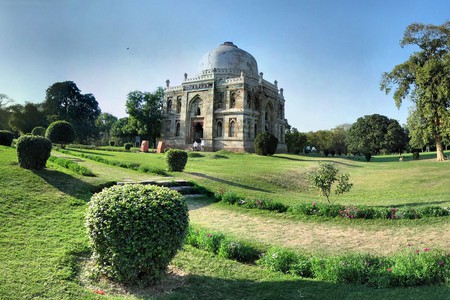 Built on a rocky terrain, Garden of Five Senses is a beautiful space perfect for a leisurely stroll at any time of the day. One of the biggest attractions here is a section called Khas Bagh which takes inspiration from the famed Mughal Gardens, a Persian style of architecture introduced by the Mughal kings. This style typically includes fountains, ponds and canals within the garden itself. The lovely pool of water lilies at Neel Bagh is another popular area of the garden. 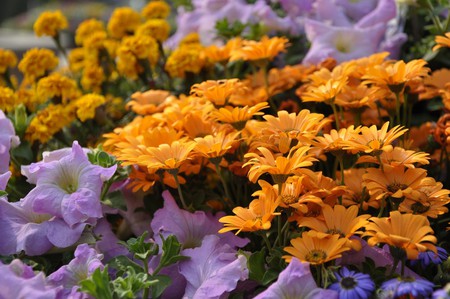 Flowers blooming at the Garden of Five Senses | © rajkumar1220 / Flickr

For those living in the northern part of the city, there’s no better walking trail than the Kamla Nehru Ridge. The area is just a small section of the greater Delhi Ridge, which is an extension of the Aravalli, the oldest fold mountain range in India. Apart from the green cover, the forest also has some historic monuments like the Flagstaff Tower where many British families are said to have taken shelter during the Revolt of 1857 and Pir Ghaib, an observatory named after a mysterious saint. 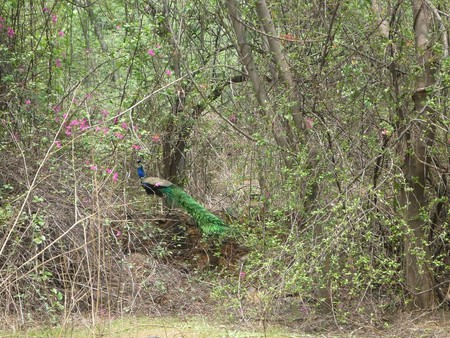 Asola Bhatti Wildlife Sanctuary is one of the less explored places in the city. The Bombay Natural History Society organises regular walks here and you’ll be pleasantly surprised at what you discover in this semi arid forest. Bird and butterfly watchers, especially, will be thrilled to find a wide array of species at the sanctuary. Since the area is largely underdeveloped, it is highly recommended that you sign up for walking tours or make sure you come here with a large group. 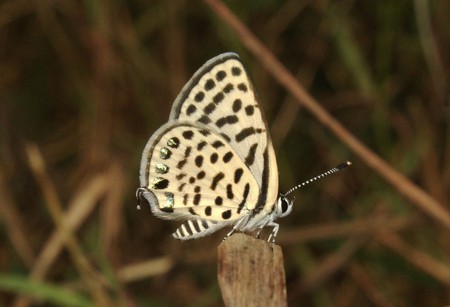 For years Sanjay Van was counted as one of Delhi’s most haunted places which kept many people away from exploring this lush green forest. However, with the efforts of the local government body and the citizens themselves, Sanjay Van’s reputation has gradually improved and you’ll now find the place buzzing with nature lovers and fitness enthusiasts. The restoration work is still ongoing and eventually the place will be converted into a bird sanctuary. 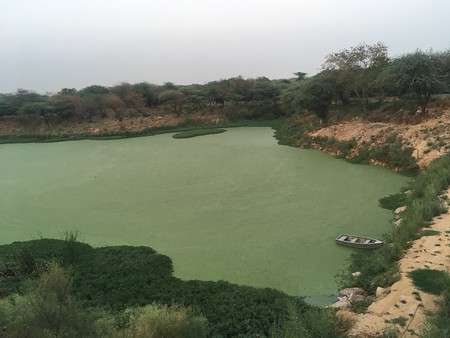