The Most Iconic Sports Venues to Visit in India 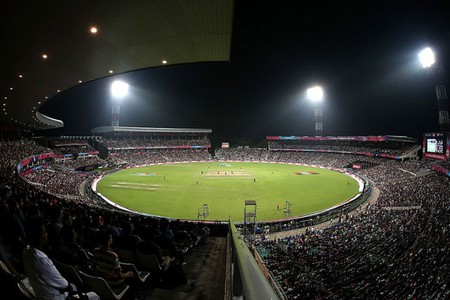 India boasts numerous sports venues. From the highest international cricket stadium set at an elevation of 4,110 feet, to the world-cup winning Wankhede stadium, Culture Trip throws the spotlight on some of the most iconic sports venues in India. 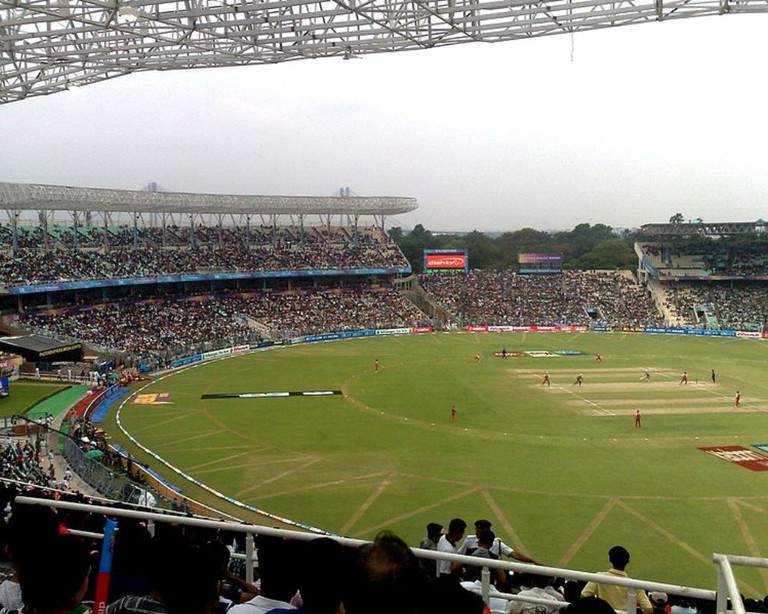 Eden Gardens | © JokerDurden / Wikimedia Commons
Without doubt, the most iconic sports venue in India is Eden Gardens, which is also the world’s second largest cricket stadia and the largest in India. Widely known as the ‘India’s home of cricket’, the stadia can seat around 66,349 people. It was established in 1864 and is surrounded by lush greenery and has a Colosseum-like structure. It is the home ground of the Bengal cricket team as well as the IPL Franchise cricket team – Kolkata Knight Riders. It is also one of the venues the India cricket team plays at when hosting Test, Twenty20 and ODI (one-day international) matches. This stadia has witnessed many legendary matches, for instance, Sachin Tendulkar’s (the ‘god of Cricket’) 199th (penultimate) test match was hosted in this stadia. It is well worth a visit here when a match is on, just to hear the crowd roar.
Open In Google Maps
Maidan, B.B.D. Bagh Kolkata, West Bengal, 700021, India
+913322480411
Visit Website
Give us feedback

A panorama of HPCA Stadium | © Jms1241 / Wikimedia Commons
This one is the most picturesque sporting venues in India, nestled at an elevation of 1,457 meters (4780 feet) above sea level with an enchanting backdrop of snow-capped peaks. Opened in 2003, this stadium can hold 23,000 people. It is the home ground for Kings XI Punjab and Himachal Pradesh cricket team, and has hosted ODI matches, Ranji Trophy matches and several domestic matches. It is the first stadium in India to have winter rye-grass around the outfield.
Open In Google Maps
Tehsil Jawahar Nagar Dharamshala, Himachal Pradesh, 176215, India
+911892229539
Visit Website
Give us feedback 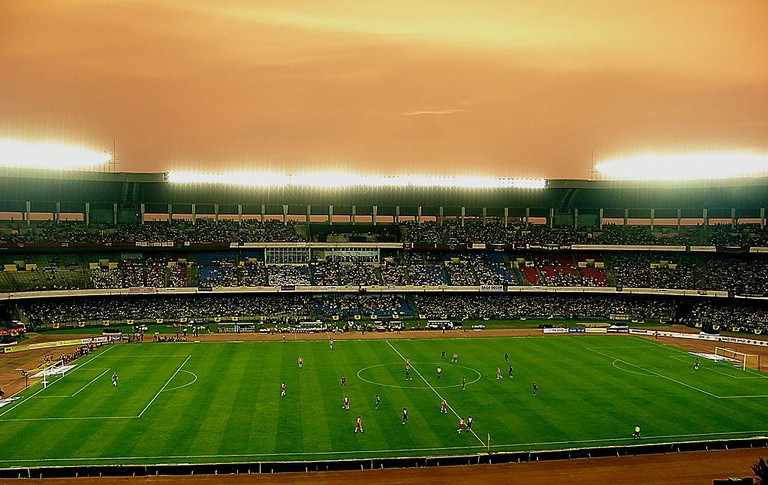 Salt Lake Stadium | © Arindam Ghosh - Rana - Dimpy - lovedimpy (Own work) [Public domain], via Wikimedia Commons
Opened in 1984, the Salt Lake Stadium (also, known as Vivekananda Yuba Bharati Krirangan) is a multi-purpose stadium, known across the world. It can seat a staggering 85,000 spectators. The stadium has hosted numerous international tournaments, for instance, 1986 FIFA World Cup Qualifications, Third South Asian Games, and 1995 Jawaharlal Nehru International Gold Cup among others. International players, like Lionel Messi have taken to the pitch and Oliver Kahn’s official farewell match for Bayern Munich against Mohun Bagan was played here. This stadium happens to be the main location for the 2017 FIFA U-17 World Cup final. If you’re a football fanatic, you should definitely hit this venue to catch the FIFA U-17 live in-action.
Open In Google Maps
JB Block, Sector III, Bidhannagar Kolkata, West Bengal, 700098, India
+913322252378
Give us feedback 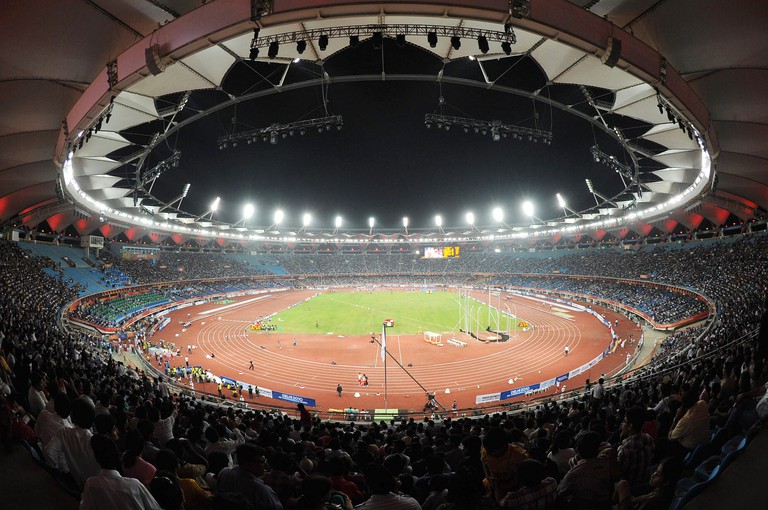 Jawaharlal Nehru Stadium | © Public.Resource.Org / Flickr
Perhaps not a sport specific venue, the Jawaharlal Nehru Stadium has hosted cricket, football and other sporting events, along with several entertainment events. Opened in 1983, and named after India’s first prime minister. It can hold nearly 60,000 people (sometimes even 100,000 for special events and concerts). It has hosted some prestigious events, for instance the Asian Games of 1982, the Commonwealth Games in 2010 and the South Asian Games in 2013. The venue also hosted Amnesty International’s Human Rights Now!concert. It was re-designed before 2010 CWG by the same designers who built China’s Century Lotus Stadium. The stadium is absolutely beautiful in terms of architecture –the roof is Teflon-coated, it features an electro-voice audio system, a 10-lane synthetic track, warm-up tracks and a 150 meter long tunnel that was built for the 2010 CWG opening and closing ceremonies.
Open In Google Maps
Jawaharlal Nehru Stadium, Pragati Vihar New Delhi, Delhi, 110003, India
+914424369781
Visit Website
Give us feedback 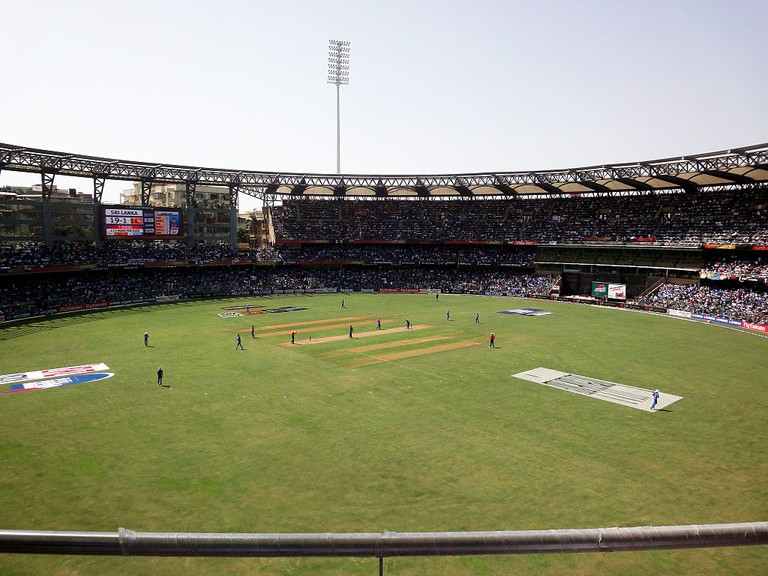 Wankhede Stadium | © G patkar / Wikimedia Commons
Sports arenas can’t get more iconic and popular than the Wankhede Stadium in Mumbai that has played host to some of the most legendary cricket matches of all time. The most iconic moment was in 2011, when India beat Sri Lanka to win the World Cup at this stadium. It also hosted the Master Blaster, Sachin Tendulkar’s last test match, and the match in which six sixes were hit in an over by Ravi Shastri. It surely doesn’t get much more iconic than this! It can hold 33,108 people and an interesting feature of this stadia is its suspended cantilever roofs that ensure unhindered views to the spectators.
Open In Google Maps
Churchgate Mumbai, Maharashtra, 400020, India
Give us feedback 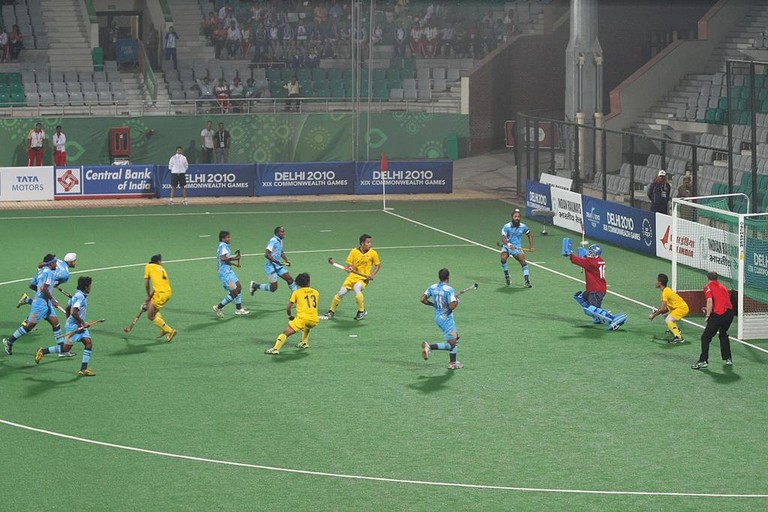 Major Dhyan Chand Stadium | © Rohit Markande / Wikimedia Commons
Home to the Indian men’s field hockey team and Delhi Wave Riders, the Dhyan Chand National Stadium opened in 1933 and was rebuilt in 2010. Initially it was called the Irwin theatre, and in 2002, it was renamed after the legendary Indian field hockey player, Dhyan Chand. The stadium can hold 16,200 spectators. This arena played host to the Hockey World Cup in 2010 and the Commonwealth Games 2010. Though there isn’t much to look at when it’s vacant, but on match day, the vibe is different and energetic.
Open In Google Maps
India Gate Circle, National Stadium, India Gate New Delhi, Delhi, 110002, India
+911123389740
Visit Website
Give us feedback

Opened in 1883, the Mahalaxmi Racecourse is an oval horse racing track with 2400 meters straight chute and which sprawls over 225 acres of land. The public has access to the inner lane of the racecourse for jogging, walking or exercising. However, the splendor of this venue can only be felt during the annual Indian Derby held from mid-November to last week of April. That’s when the venue is packed with glitterati and derby fans.

This season came to a very good end. Thanks to our sponsors BRITANNIA, NMIT, IPG Automotive, New Shanthi Sagar. A big salute to enthusiastic faculty advisor @nagarajaharish . Last but not the least the teams who supported us. 1-7-2017 a great day for the team. See you in the next season of SAE SUPRA 2018. #saesupra2017 #sae #nittemeenakshi #britannia #shantisagar #builtnotbought #buddhinternationalcircuit #racing

What’s so iconic about the Delhi Golf Club? It’s the oldest golf club in India, built in 1930s and it is one of the most spectacular golf courses in the whole of Asia. It also has an 18-hole course (called ‘Lodhi Course’) and a nine hole course (called ‘Peacock Course’). It also offers a huge bungalow-style club house with swimming pool, gazebos, a sauna, an indoor/outdoor bar, a gym, a restaurant and a large lawn. The venue is perfect to relax and play a round of golf. This venue is close to the major attractions of the city, including India Gate, Lodhi Gardens and Humayun’s Tomb.