The Most Haunted Places to Avoid After Midnight in Kolkata

Writers' Building, Kolkata| OldIndianPhotos / WikiCommons
It’s only natural that Kolkata, with its complex history and old buildings, has managed to accumulate quite a number of stories about “supernatural” incidents involving everything from colonial era ghosts to dark energies. Here are our picks for the most allegedly haunted places in Kolkata.

Building
flowcomm | © WikiCommons
Built in 1777 to accommodate junior servants, or “writers” as they were known, of the East India Company, the Writers’ Building has been around long enough in the city to have accumulated its fair share of ghosts. Locals who have visited the building during late hours, when it is usually deserted, have claimed to have heard whispers, giggles, and even screams. The building has been host to a complex past, including the assassination of an infamous British Inspector General of Police by three Indian freedom fighters.
More Info
Open In Google Maps
BBD Bagh Kolkata, 700001, India
View menu
Visit website
Visit Facebook page
Send an Email
Give us feedback

Located below the Howrah Bridge, where it enters the city of Kolkata, Mullick Ghat is a place bustling with activity during the day. However, it’s an eerie place rumored to be visited by spirits of those who have died in the Hooghly River during odd hours. Howrah Bridge, which spans across the river, has witnessed quite a few suicides since its inception. 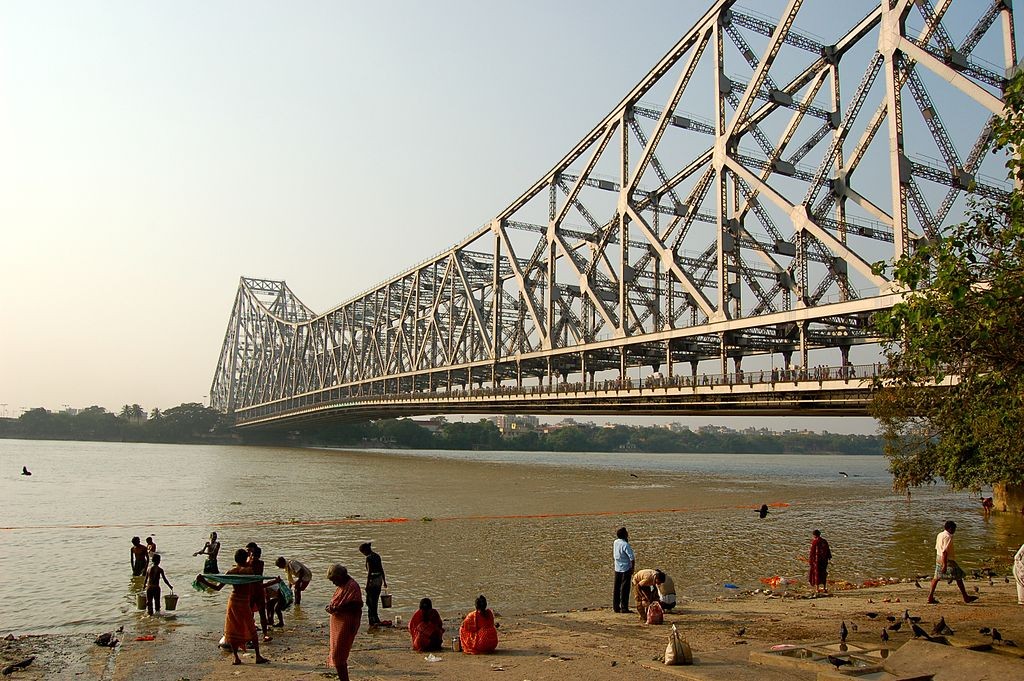 Kolkata’s metro or underground rail system has its own fair share of ghosts. Among all the stations and routes alleged to be haunted by supernatural entities, the Rabindra Sarobar Metro Station has managed to gather the most notoriety. The station accounts for a majority of the suicides that take place in Kolkata’s rail network. A few locals on board the last train to leave the station at night have claimed to have seen supernatural or strange figures on the tracks as the train departs.

This historic Hindu cremation ground in Kolkata has gathered many allegations of hauntings and supernatural occurrences over the years. Built in the early 1800s, quite a lot of Kolkatan Hindus have burnt their dead in this ground. Aghori sadhus, or ascetics who are known to engage in various post-mortem rituals that involve using ash and leftover burnt bones from cremations, are said to frequent Nimtala on certain nights.

Library
The largest library in the country by volume, and one of its oldest, the National Library of India is among Kolkata’s most prized institutions. However, visitors have claimed to have experienced quite a range of supernatural experiences, from feeling someone breathing behind their necks to hearing footsteps and laughter that couldn’t be accounted for.
More Info
Open In Google Maps
Block A, Alipore Kolkata, West Bengal, 700027, India
+913324792968
View menu
Visit website
Visit Facebook page
Send an Email
Give us feedback

Building, Memorial
The oldest High Court in India | © Sujay25 / WikiCommons
Established in 1862, Calcutta’s High Court is India’s oldest, and possibly among its most haunted. According to some locals, the court is ridden with ghosts, of which that of a convict who had been hanged to death at the court’s premises is particularly notorious.
More Info
Open In Google Maps
3 Esplanade Row West, B.B.D. Bagh Kolkata, West Bengal, 700001, India
+913322487485
View menu
Visit website
Visit Facebook page
Send an Email
Give us feedback
Give us feedback