The Most Crowded Places You May Want to Avoid in India 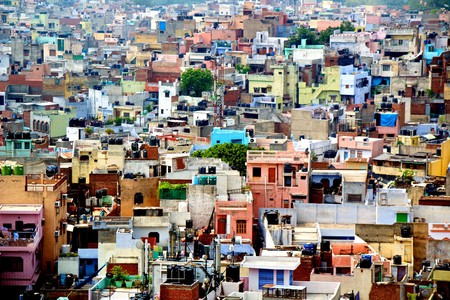 With a population of over 1.3 billion, India is the second most populous country in the world. However, within the next seven years, the country is predicted to take over the number one spot from China. Since it is home to such a large number of people, there are many crowded places in India which can overwhelm anyone, let alone a first-time traveller. While you may not be able to dodge every crowded spot, you’ll want to do your best to avoid the following places at rush hour.

One of the busiest railway systems in the world, the Mumbai Suburban Railway, known colloquially as Mumbai Local, transports over seven million people daily and over two billion people annually. Over a period of 10 years, 6,989 people succumbed to their deaths after falling off trains as a result of overcrowding. However, rightly called Mumbai’s lifeline, the public transport system is indispensable to the city. If planning to travel by the local train, travellers can choose to avoid the peak hours which are 8.30 to 9.30 am and 6 to 7 pm. 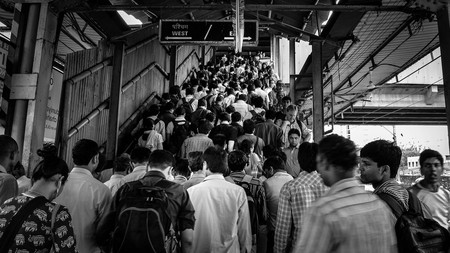 The Delhi Metro serves around one billion commuters each year, and since its inception in 2002, it has proved to be a boon to the city. Not only does it help the Delhites cover large distances in a shorter period of time, but it has also helped reduce pollution in a city notorious for its depleting air quality. In 2011, United Nations endorsed the Delhi Metro Rail Corporation as the first metro rail and rail-based system in the world to get ‘carbon credits for reducing greenhouse gas emissions’. But during peak hours, the Delhi Metro can become extremely congested with hardly any room to move. Some of the busiest stations are Rajiv Chowk (Blue Line), Kashmere Gate (Red Line), Vaishali Metro Station (Blue Line) and Huda City Centre (Yellow Line). Tourists might want to avoid these during rush hour. 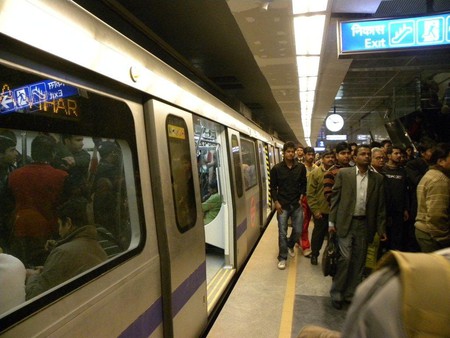 The Kumbh Mela is a spectacle like no other. It is the largest religious gathering in the world where every 12 years, millions of Hindu pilgrims congregate at one of four places: Haridwar, Allahabad, Nashik and Ujjain. It is considered the most auspicious time for people to bathe in the holy river to cleanse their sins. In 2013, 120 million people had assembled at Allahabad! While the crowd management is usually efficient, there are always chances of a stampede, such as the one in 1954 where 500 people lost their lives, or even a disease outbreak. If you want to witness the wonder of the Kumbh Mela, you should thoroughly research it and take proper precautions before arriving. 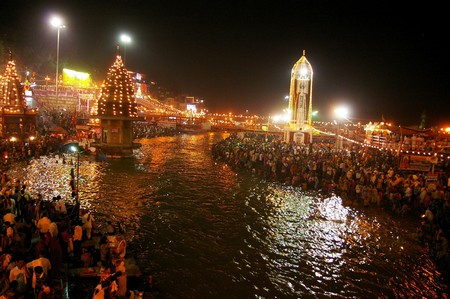 A trip to India is never complete without a stopover at Agra in order to take a tour of the famous Taj Mahal. The beautiful monument built by Mughal emperor Shah Jahan for his wife Mumtaz Mahal has become synonymous with eternal love. On the weekends, the mausoleum is usually swarming with both foreign and domestic tourists, leading to extended queues. It is, therefore, best to give the Taj Mahal a miss on these days. 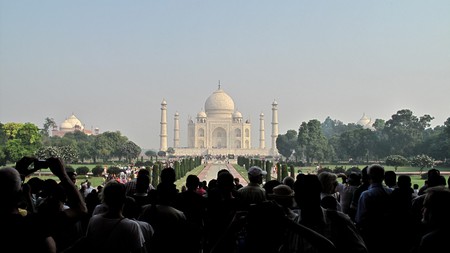 Baga and Calangute beaches in Goa

Goa is a major tourist hot spot, mostly because of its many beautiful beaches. Over the years, the influx of tourists and unchecked development have made some of the beaches less of a relaxed spot and more of a draining ordeal. Baga and Calangute are two of those places, where overcrowding has taken all the fun out of the regular beach experience. To make the best of Goa, try the less crammed seashores of Ashwem, Agonda, Patnem and Morjim instead. 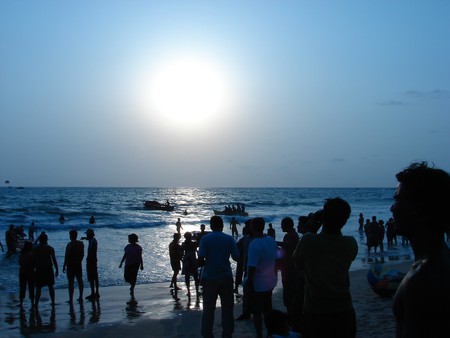 This second-hand market behind Red Fort in Old Delhi comes to life sharp at 6 am every Sunday. The name, which means thief (chor) market, might deter some and intrigue others. But this unique spot in Old Delhi, a place that never fails to surprise, isn’t for the faint-hearted. While pre-owned clothes, shoes and accessories from well-known brands such as Zara, Van Heusen and Steve Madden are available for as cheap as five dollars, the incessant haggling and the mob of people can be quite intimidating.

Ranganathan Street, located at T.Nagar in Chennai, is one of the busiest commercial hubs in India. On any regular day, the street is already teeming with people snapping up everything from sarees to jewellery and hair extensions. Come the festive season, and the mayhem at Ranganathan Street is out of hand. Of course, the discount deals are tempting, but tourists visiting Chennai are better off steering clear of this market on festivals such as Diwali, Pongal, Christmas and other holidays.