The Most Breathtaking Lakes to Visit in Rajasthan, India

Lake Pichola | © Nico Crisafulli / Flickr
The Royal State of Rajasthan is dotted with picturesque lakes that offer a sense of serenity along with awe-inspiring vistas of the grand palaces and ancient temples located along its shores. Here’s our pick of the most breathtaking lakes in the Land of Kings.

One of the most spectacular lakes in Rajasthan is Lake Pichola, which dates back to the 14th century. It boasts four picturesque islands, but the presence of ancient temples and royal palaces are what give it that awe-inspiring dash of architectural magnificence and splendour. The lake’s most notable attractions include Lake Palace, Jag Mandir, Mohan Mandir and the City Palace. At sunset, a boat ride on the lake is a must as that is when the lake is at its prettiest. The pristine waters and glistening golden hues of the setting sun create a whimsical palette of colours while the lush green hills in the backdrop add to the charm. 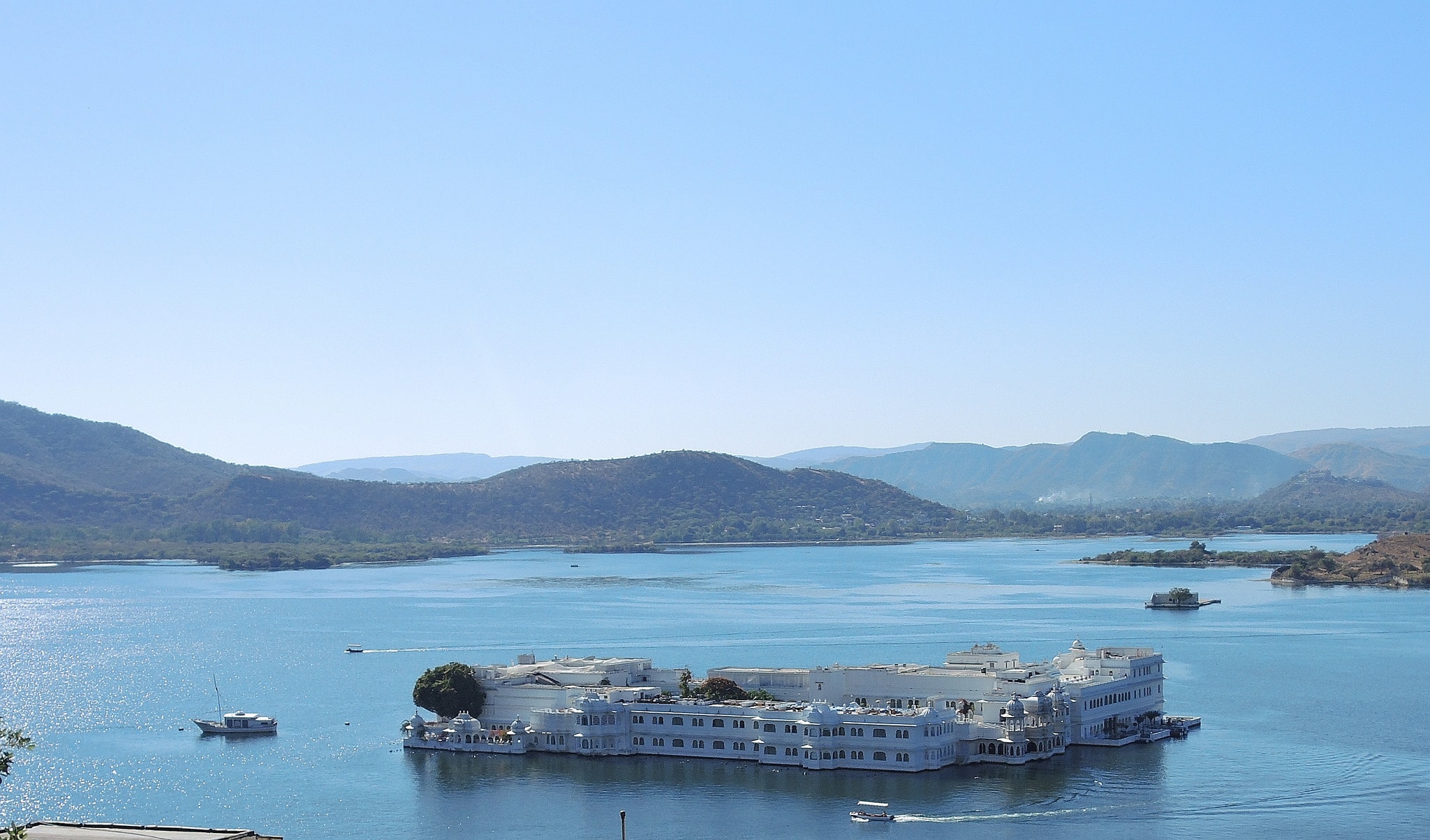 Dhebar Lake, otherwise known as Jaisamand Lake, is the second largest artificial lake in the country. With a plethora of beautiful vistas, fascinating sights and activities, there is plenty to do along its shores. There are three islands, a palace and a marble dam, complete with six cenotaphs and a Shiva temple. There is also a Jaisamand Wildlife Sanctuary surrounding the lake that houses migratory birds and rare animals. 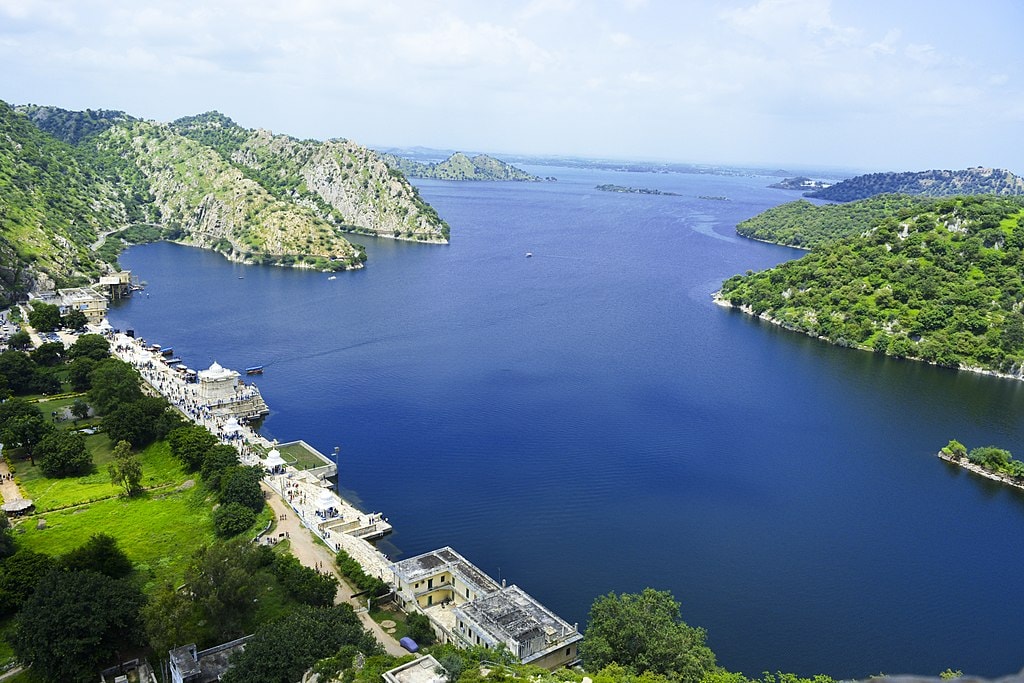 A man-made lake located in the midst of the desert, Gadisar Lake is a serene lake surrounded by historic monuments, temples and ghats. To enjoy its beauty to the fullest, take to the water via boat. There is also a domed pavilion in its centre that adds to its appeal. To birdwatchers’ delight, visitors can expect to spot several beautiful migratory birds. 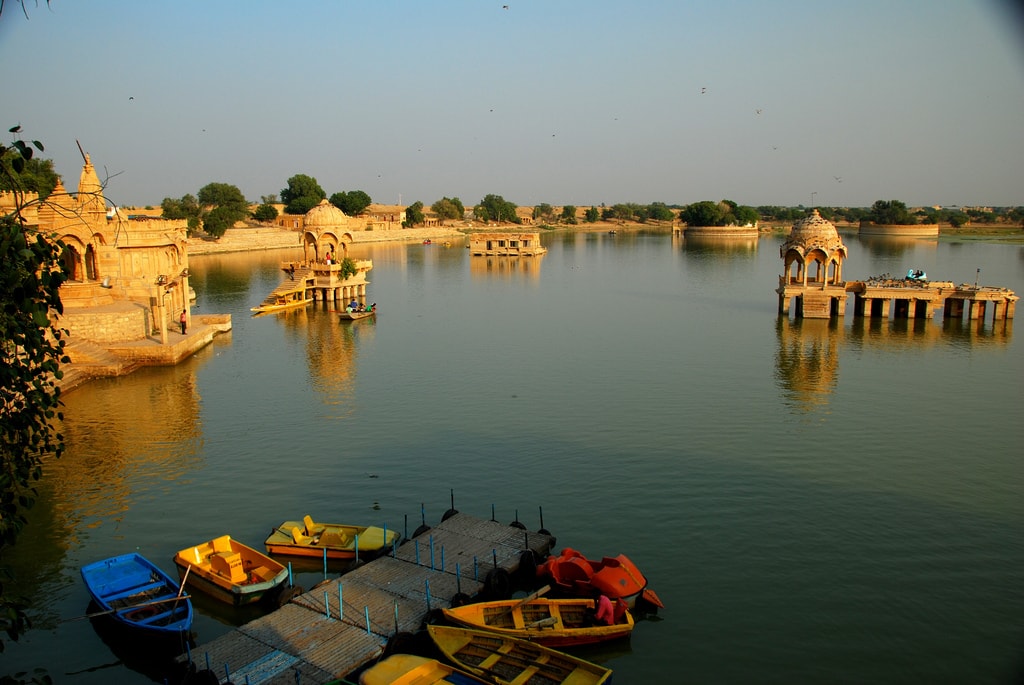 Surrounded by the Aravalli Hills and encompassing three picturesque islands, visitors of Fateh Sagar Lake will be awestruck by the lake’s beauty and size. Like most bodies of water, delving into its heart in a boat is the perfect way to take in its beauty and to explore its three islands, Nehru Park, which is the largest of the islands and houses a small zoo and a boat-shaped restaurant; the Udaipur Solar Observatory and the third island, with a park and beautiful water-jet fountains. 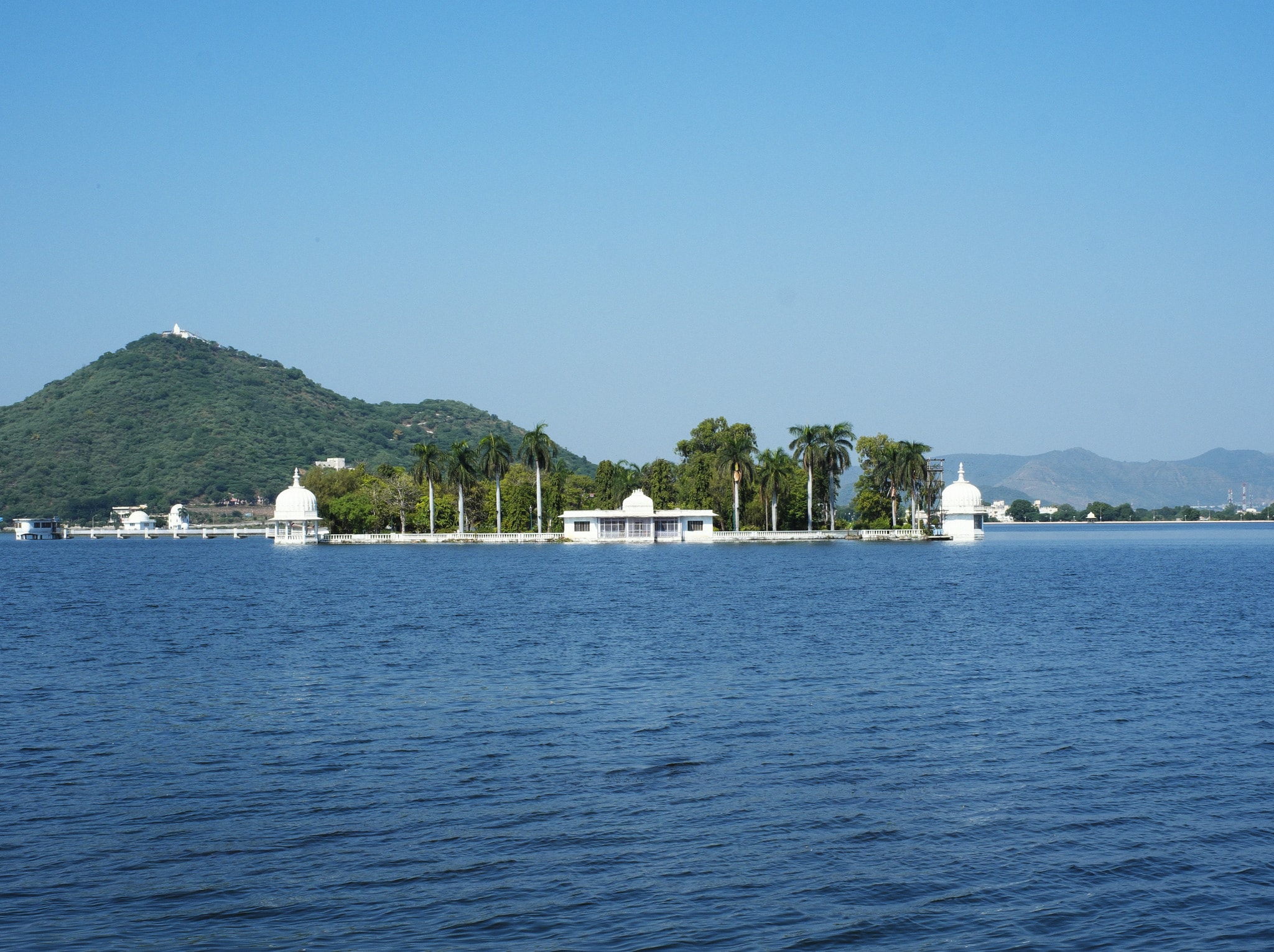 With the Nahargarh Hills acting as its backdrop, the Man Sagar Lake is one of the most beautiful lakes in Rajasthan. This lake’s most noteworthy feature is the Jal Mahal (Water Palace) situated right in the centre of the lake. Also, it is a paradise for migratory birds, including wagtails, blue-tailed bee-eaters and grey herons. Boating is not allowed here, so visitors can soak in picturesque views from an observation point located on its bank. 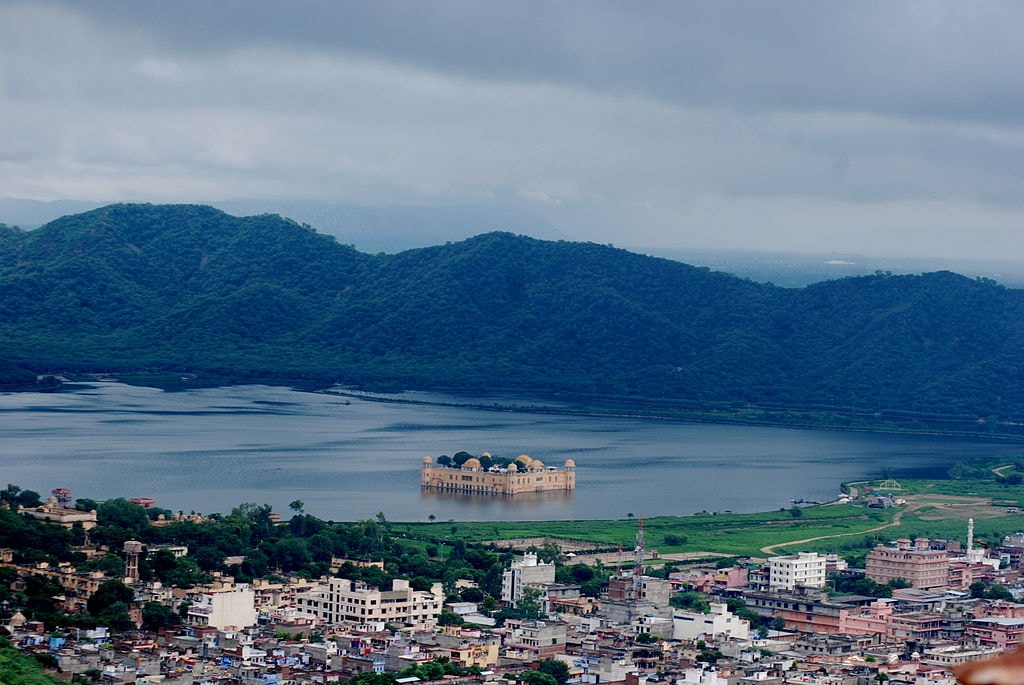 One of the most popular attractions in the sacred town of Pushkar is Pushkar Lake. It is a magnet for tourists, thanks to its 52 sacred bathing ghats. Several hundred thousands of people from across the country flock to its shore to take a holy dip in its waters, as it is believed to wash away sins as well as cure skin diseases due to its medicinal properties. Another appealing feature is its 500 Hindu temples located along the lake’s embankment. 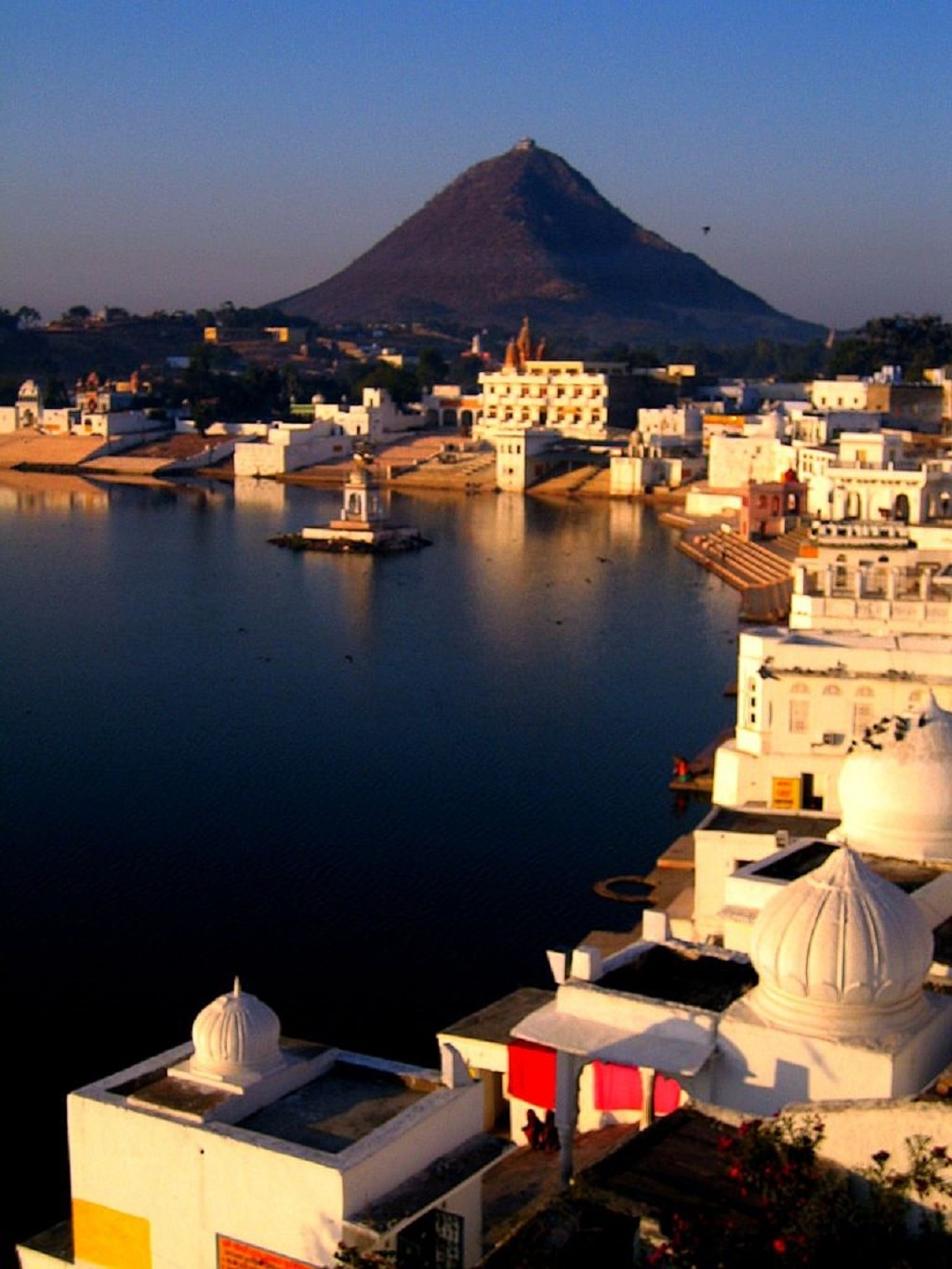 An artificial lake in Ajmer, the Ana Sagar Lake, together with gardens, temples and pavilions on its embankment, make it one of the most picturesque lakes in Rajasthan. Spanning an area of 13 square kilometres, the lake also houses an island, which is accessible only via boat. As with almost any other lake, it is best visited at sunset or at sunrise. The lake dries up in summer, so it is recommended to visit between October and March. 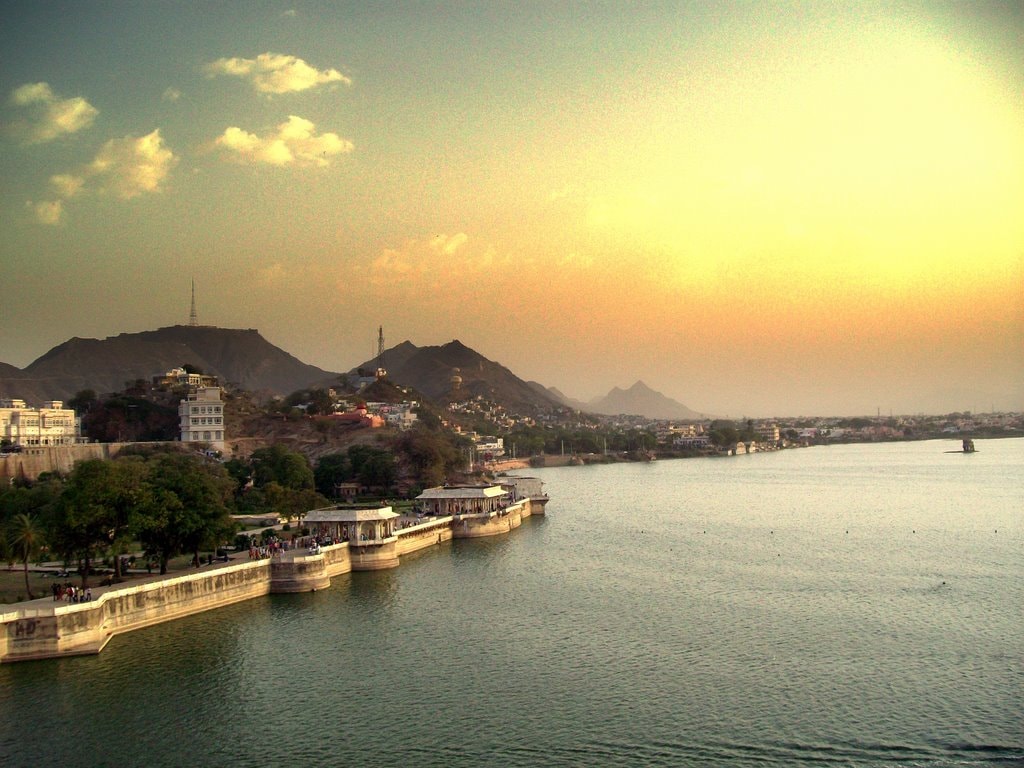 Nestled in the Aravalli Hills and surrounded by beautiful natural wonders, the Nakki Lake is a haven for nature enthusiasts. In fact, its shores are a gateway to some of the town’s major attractions, such as the Raghunath Temple, the Maharaja Jaipur Palace, and the most popular, Toad Rock, which is set atop a hill and offers panoramic vistas of the lake. In addition, this spectacular body of water is believed to be dug out from the nails of God, hence considered to be sacred. Visitors can go boating, enjoy a picnic along its embankment or even go horseback riding around it. 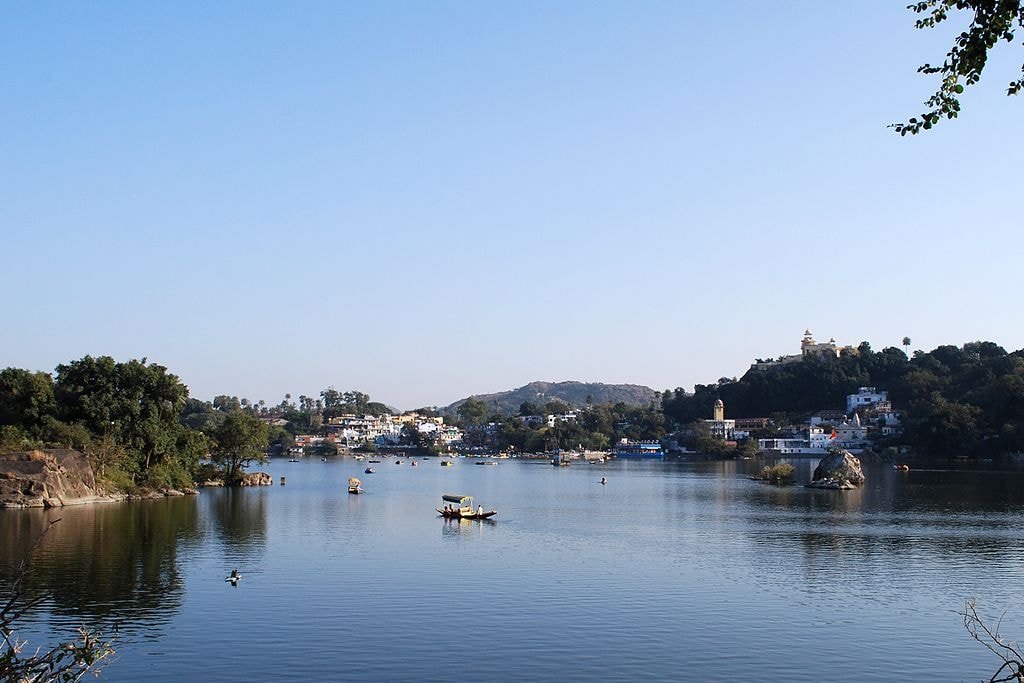 This off-the-beaten, yet incredibly beautiful, lake is bound to astonish everyone who ventures here. Made up of salty water, the Sambhar Salt Lake is the largest inland salt lake in the country. The lake is also mentioned in the epic Mahabharata, which makes it historically significant. Often adorned with flocks of flamingos, pelicans and several other winged beauties, this saline lake is a twitcher’s haven. In addition, visitors can explore nearby attractions, such as the Shakambari Devi Temple, the Sambhar Wildlife Sanctuary and more.