The Most Beautiful World Heritage Sites in India 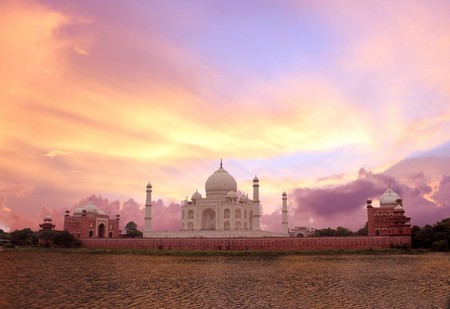 India is home to 36 World Heritage Sites, ranging from historical and architectural masterpieces reminiscent of the glorious eras gone by to spectacular landscapes created by Mother Nature. Culture Trip explores the 15 most beautiful UNESCO-listed sites in this South Asian country. 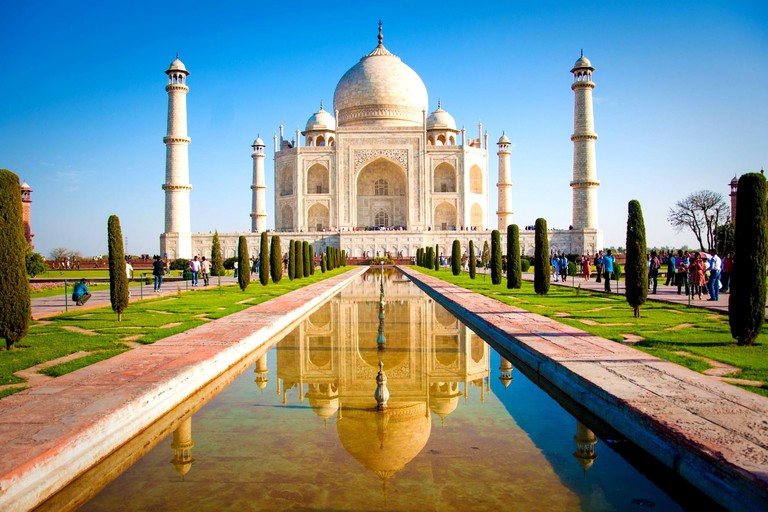 Commissioned by Mughal Emperor Shah Jahan for his beloved wife Mumtaz Mahal, the Taj Mahal is a historical and architectural marvel that attracts more than eight million visitors every year. About 20,000 people worked on this magnificent ivory-white mausoleum inlaid with nearly 28 kinds of precious and semi-precious stones. An iconic symbol of love, it changes colour depending on the light of the day – it’s pinkish in the morning, a yellow hue midday, milky white in the evening and a golden hue at night. It remains open every day, except Friday, from sunrise to sunset. 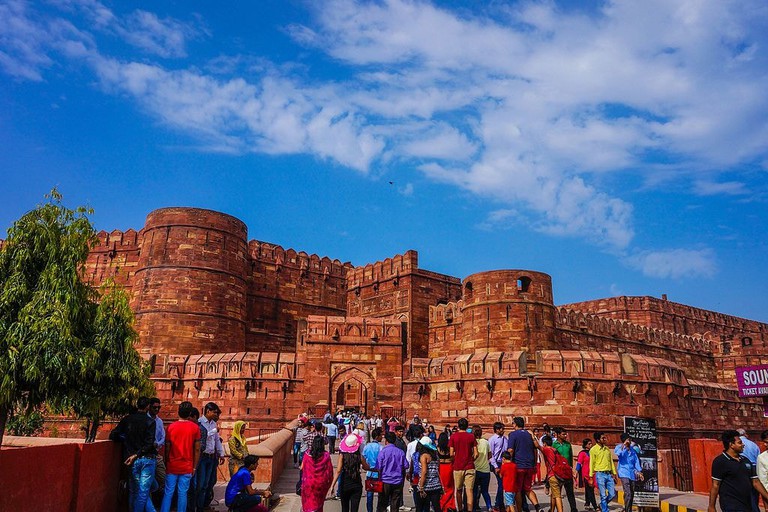 Built in the 16th century, the Agra Fort is as huge as it is valuable. It has palatial palaces, audience halls and two stunning mosques. The exterior of the fortress is composed of red sandstone, which is beautified with inlay work in white marble, while the interior boasts intricate carvings and Indo-Islamic touches. Visitors can wander inside the fortress, linger for a while in the Mughal-era and catch unbeatable views of the iconic Taj Mahal.

Group of Monuments at Hampi 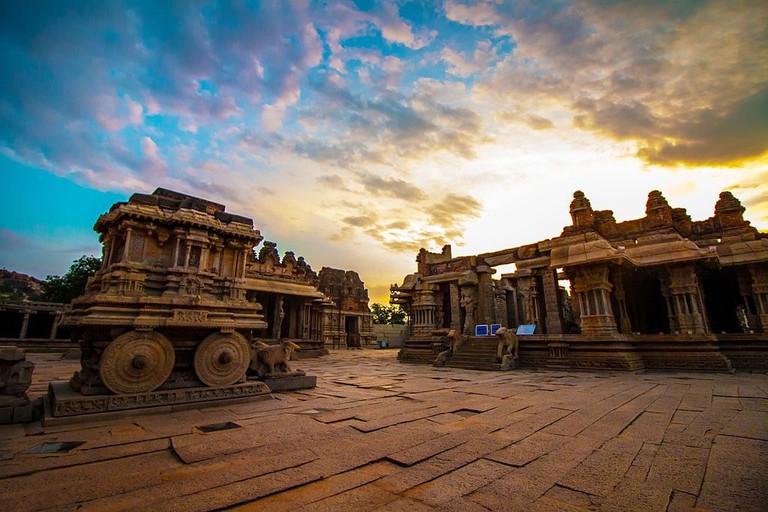 UNESCO regarded Hampi as a World Heritage Site, owing to its architectural and historical splendour. This ancient town is filled with ruins reminiscent of south India’s greatest dynasty, the Vijayanagar Empire. From sun-kissed boulders and monoliths to Dravidian temples and palaces dating back to the 14th to 16th centuries, a stroll around these ruins will leave you spellbound.

Open In Google Maps
Group of Monuments, Hampi, 583239, India
Give us feedback 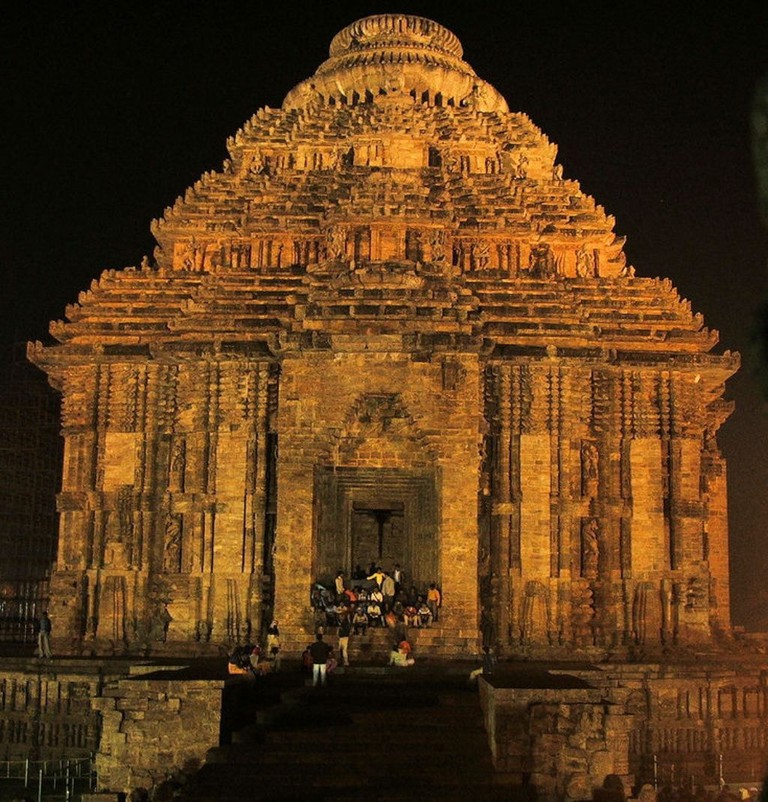 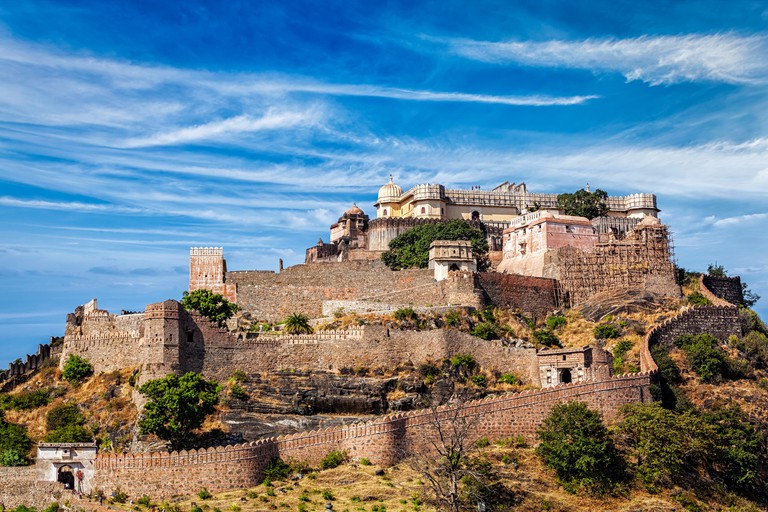 Dating back to the 5th century all the way up to the 18th century, the Hill Forts of Rajasthan includes six majestic forts, namely Jaisalmer Fort, Kumbhalgarh Fort, Amer Fort, Gagron Fort, Chittorgarh Fort and Ranthambore Fort. You can’t help but be mesmerised when you see these hill forts for the first-time and not only because of their historical and architectural magnificence but also due to their well-preserved state. Today, these hill forts are popular tourist attractions that provide an unprecedented glimpse into the royal era. 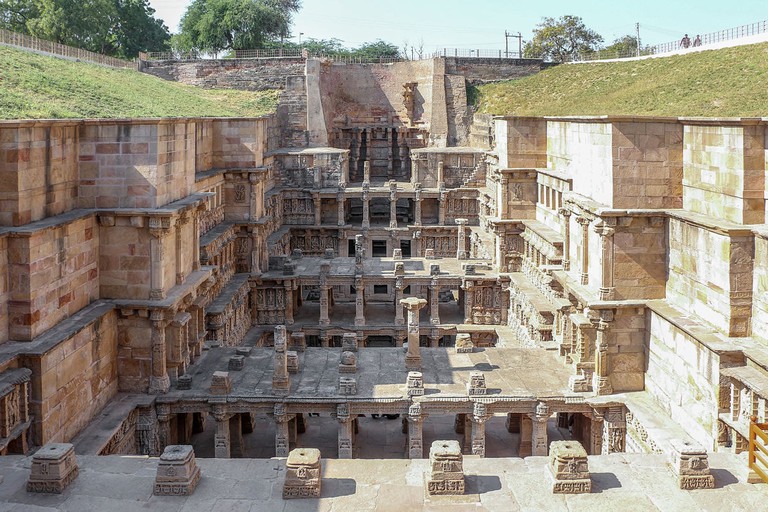 Built in the 11th century, the Rani Ki Vav is a visually stunning stepwell built by Queen Udayamati in memory of her beloved husband King Bhimdev. It is seven stories deep, complete with beautiful carvings of Hindu gods and goddesses, Apsaras and other divine religious and mythological forms.

Dating back to the Stone Age, the Bhimbetka Rock Shelters are considered to be the earliest and oldest remaining traces of human habitation in the Indian subcontinent. The main highlight of these rock shelters are its paintings and drawings of human and animal figures, which date as far back as 30,000 years. 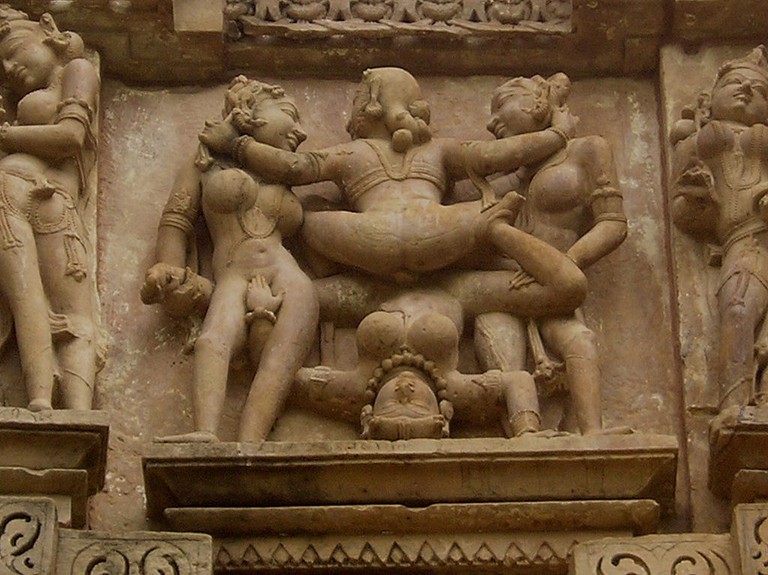 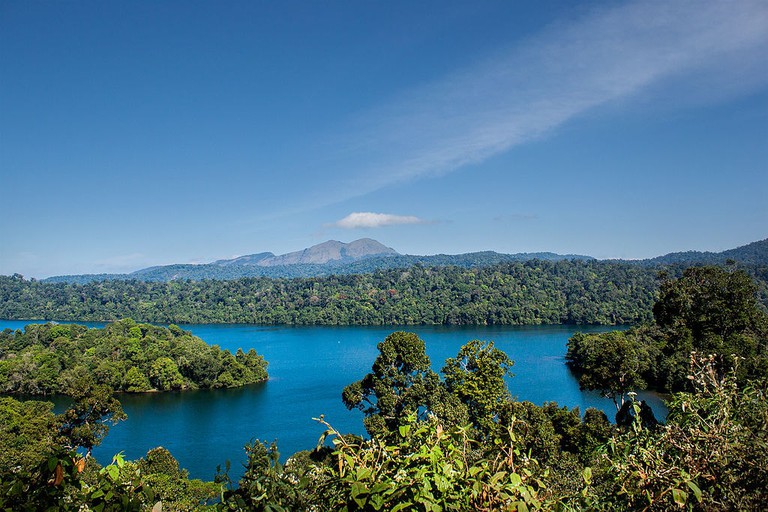 Stretching over 1,000 miles across the states of Kerala, Karnataka, Tamil Nadu, Goa and Maharashtra, the Western Ghats are UNESCO’s biodiversity hotspot. Home to a myriad of plant and animal species, it beckons naturalists and zoologists from across the world.

Group of Monuments at Mahabalipuram 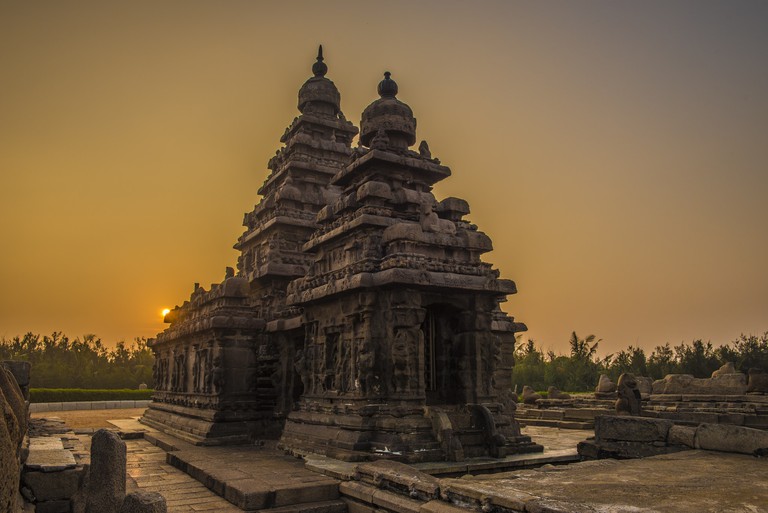 The Mahabalipuram Group of Monuments is an architectural and historical extravaganza of intricately carved Hindu temples and rock-cut monuments that date back to the 7th and 8th centuries. The Shore Temple and the Five Rathas are particularly noteworthy.

Built in 1570, Humayun’s Tomb is the epitome of Mughal architecture. Nestled in the midst of an ornately designed four-squared Mughal garden, this majestic tomb is constructed using red sandstone and granite with inlay work in white marble. Its stunning architecture served as an inspiration for the design of the Taj Mahal, one of the Seven Wonders of the World. 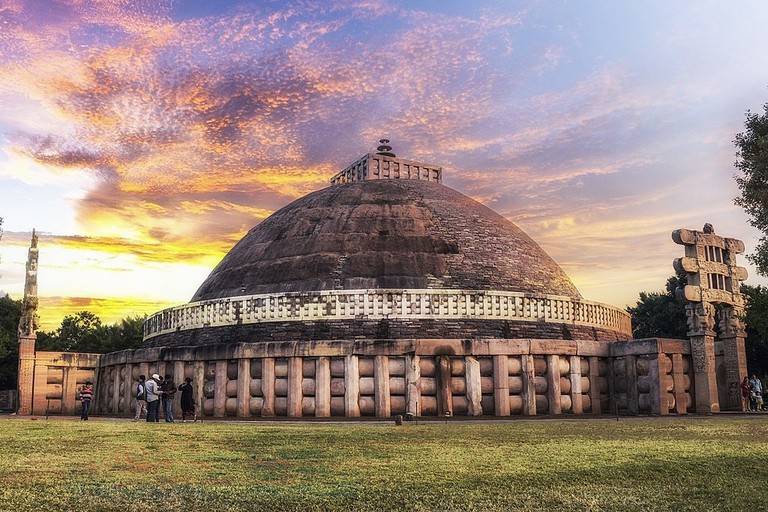 Dating back to the 1st and 2nd centuries BC, the Buddhist Monuments at Sanchi comprises beautifully preserved Buddha monasteries, palaces, temples and monolithic pillars – which are together the most spectacular example of their kind still standing today. Not only it is the world’s oldest Buddhist sanctuary, but it also served as the main Buddhist centre in the country until the 12th century. 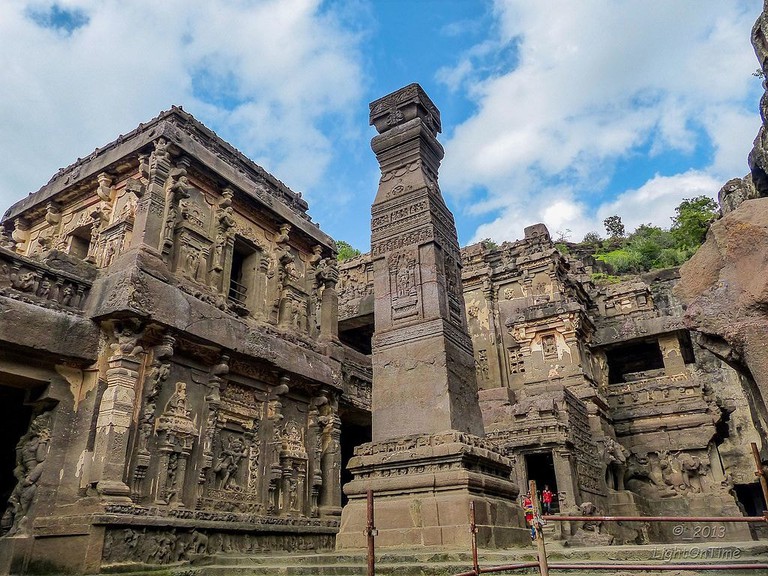 Both the Ajanta and Ellora Caves have been amazing places to visit for centuries. The sculptures, frescos and paintings found in every corner of these ancient caves make for a truly mesmerizing voyage into the past. There are about 29 caves in Ajanta, which were built between the 2nd century BC and the 6th century AD, and 34 caves in Ellora dating back to the 6th to 11th centuries. The Ajanta Caves are all Buddhists, while the Ellora ones are a blend of Jain, Buddhist and Hindu.

Churches and Convents of Goa 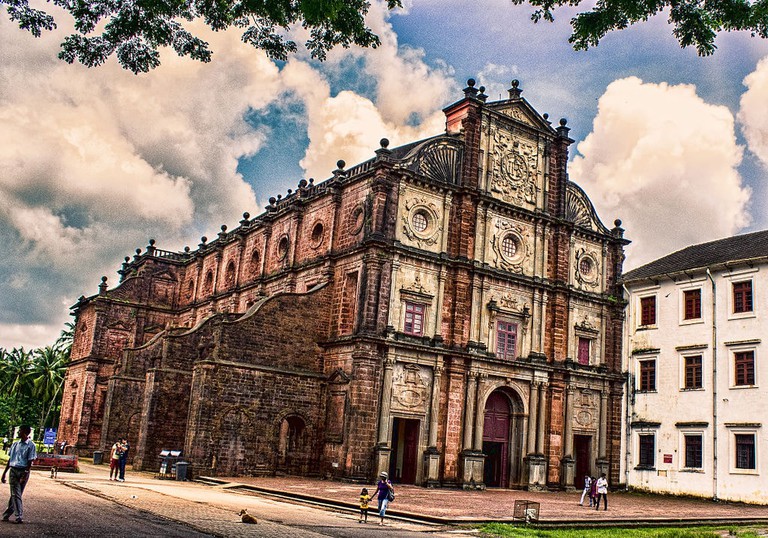 When visitors hear the name Goa, the first images that probably come to mind are beaches and nightlife. But there’s more to Goa than just that. This smallest state in India is blessed with churches and convents, which host outstanding works of art, carvings and decorations. The UNESCO-listed site includes the Basilica of Bom Jesus, which stands out with its Baroque architecture and houses the remains of Saint Francis Xavier (a well-known Spanish missionary), the 16th century Se Cathedral, which is the largest church in Asia known for its gigantic ‘Golden Bell’ and the Church of Our Lady of the Rosary, which impresses visitors with its mix of Gothic and Manueline architecture. 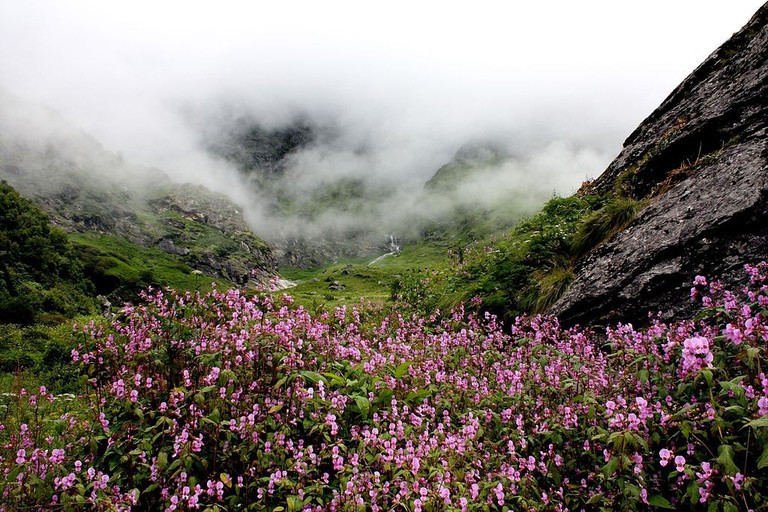 Both the Nanda Devi and Valley of Flowers National Parks are home to blooming wildflowers, rare and endangered animals, high-altitude birds and splendid natural beauty. The multi-coloured meadows of the valley complement the rugged mountainous terrain of the Nanda Devi. Also, the tranquillity and aesthetic appeal are magical, to say the least.