The Most Beautiful Churches You Need to Visit in India 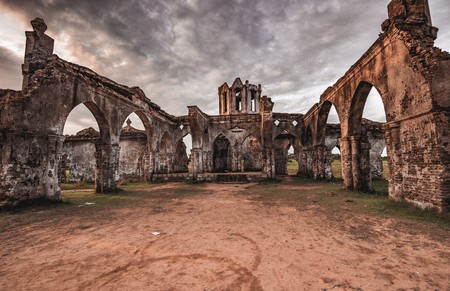 Although India’s temples have garnered attention from travelers around the world, the country has stunning churches, too. Christianity has survived for thousands of years in India and many churches stand tall to tell an interesting history. Built in Gothic, Baroque, or a local tribal style, here are the most beautiful churches you must visit in India.

This Cathedral in Kohima, Nagaland lies amid dreamy pastures. The building was designed to look like local Nagaland homes and blend into the scenic landscape. Japan considers Mary Help of Christians Cathedral a memorial to their soldiers who died in the Battle of Kohima during World War II. They funded a part of the structure, too. The wood carved crucifix is one of the tallest in Asia at 16 feet. 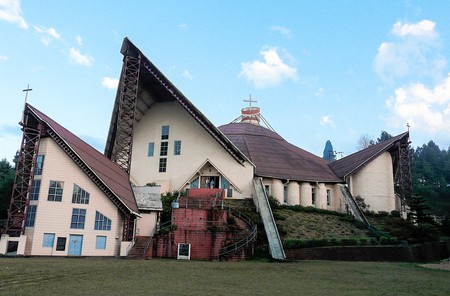 This beautiful church lies in the center of the bustling city Trivandrum in Kerala. Inaugurated in 1906, the church has a stone-cut Celtic cross to honor Rev. Mateer’s Irish background. One of the few churches in India to be made in granite, it was designed by A. H. Bastow. Its Hallenkirsch or Hall Church style with bits of Gothic design makes it a stunning view. 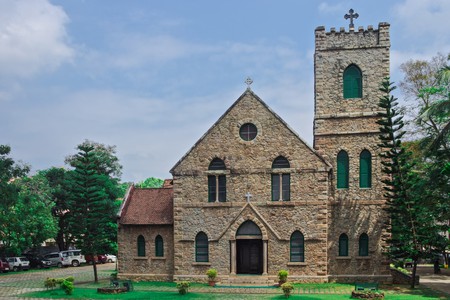 Our Lady of the Rosary Cathedral in Kunkuri

Our Lady of the Rosary Cathedral seats 8,000 people at a time and is the second largest Catholic church in Asia. It is a significant landmark of Kunkuri, a scenic, quiet town in the North Indian state of Chhattigarh. Inside, the church has seven arch-shaped arcades and seven sacrament symbols made of angle iron. The cathedral is run by local tribal groups and attracts millions of visitors during Christmas.

The Medak diocese is the largest in Asia and only second to the Vatican in the world. It took a decade to finish the Gothic Revival building. The roof of this stunning church in Telangana has been made soundproof with hollow sponge fittings. On the inside, it is decorated with mosaic tiles that were specially imported from Britain. The church has some of the most amazing stained glass windows.

A unique building amid abundant palm and coconut trees in a beautiful area called Mattancherry in Cochin, St. George Orthodox Koonan Kurish Old Syrian Church stands out among the most beautiful churches in India. Built in Egyptian Nubian vault style, the church has 13 sinusoidal vaults and a dome. It was entirely built using compressed earth blocks. 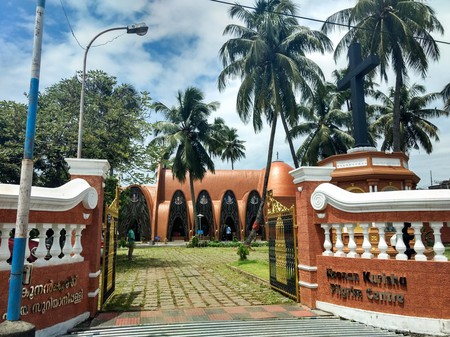 Basilica of Our Lady of Dolours in Thrissur

Belonging to the Syro-Malabar Catholic Church in Thrissur, Basilica of Our Lady of Dolours is the third tallest church in Asia, with 11 altars and sky-high belfries. Made in Indo-Gothic architectural style, it was the first Catholic church in Kerala and its church bells were imported from Germany. This beautiful church sits right in the heart of Thrissur and is decorated extensively during Christmas. 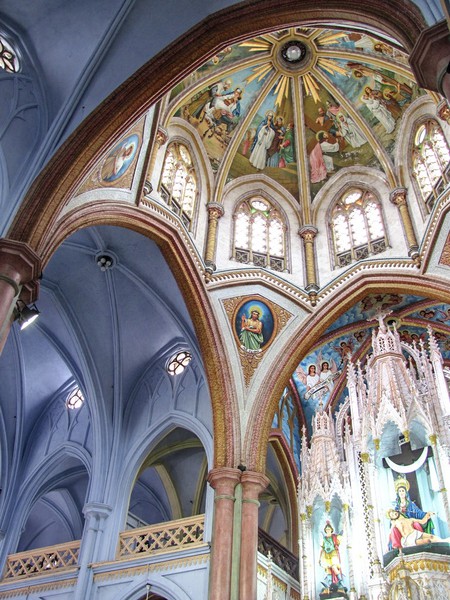 Our Lady of the Immaculate Conception Church in Goa

Known as the crown of Panjim in Goa, Our Lady of the Immaculate Conception Church is set atop a hill and overlooks the entire city. The all-white building was made in Portuguese-Baroque-style architecture. Originally built in 1541 A.D., the zigzag pattern stairway in front of the façade and a few more additions were only made in the 18th century. Framed with long palm trees, the church building was built where traders from Lisbon used to dock their ships. 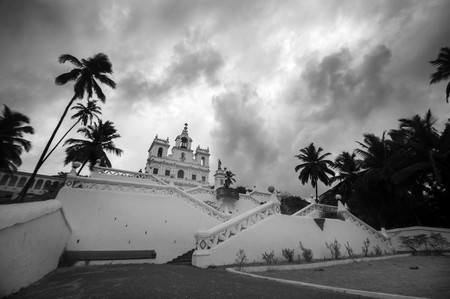 The Gothic style church is a beautiful sight in the heart of India’s metropolitan city, Bangalore. There are stained glass windows and Corinthian pillars inside that give the church a majestic appeal. The building today is the 19th century renovated version of the original thatched roof house of worship that used to stand before, built by the Christian migrants from the charming little district of Gingee in Tamil Nadu.

Basilica of the Sacred Heart of Jesus in Pondicherry

An attractive sight in the coastal Union Territory of Pondicherry in India, the red and white façade of Basilica of the Sacred Heart of Jesus is more than 100 years old. The structure was built in 1907 in Gothic style. The magnificent stained glass windows inside the church makes it look particularly beautiful when it’s decorated during festivities. It has become a pilgrimage site for Christians in India. 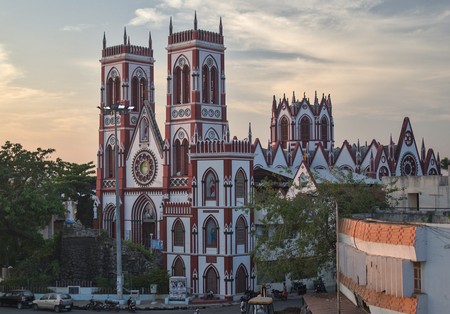 In the picturesque land of Shimoga in the Southern state of Karnataka, the Sacred Heart Cathedral accommodates about 5,000 people at the same time, making it the second largest Church in India. The grey façade and Roman and Gothic architecture makes the building seem like a pipe organ, distinctly unique from the rest of Shimoga’s little village landscape. 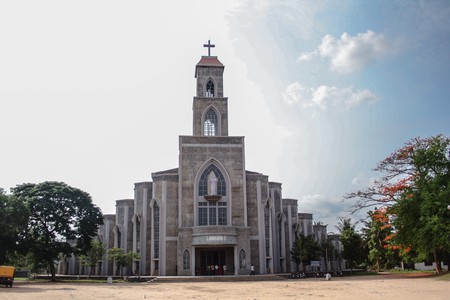 This church was built by the French Missionaries in the 1860s in Gothic-style architecture. Unfortunately, after the construction of a reservoir and dam in 1960, the church was completely abandoned. What remains today is a beautiful skeleton of what one can imagine being a grand splendid church. Tourists flock to the site, especially during monsoons to see the structure partly submerged in the sea. It has attracted lots of photographers in the recent years. 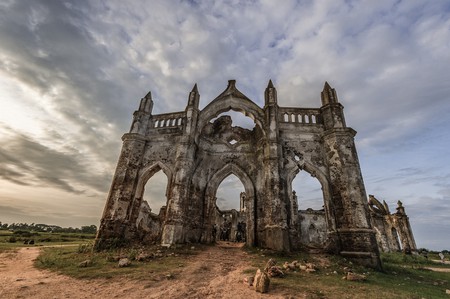 Hoysala Architechtures
Give us feedback