The Mangrove Forests Of Mumbai 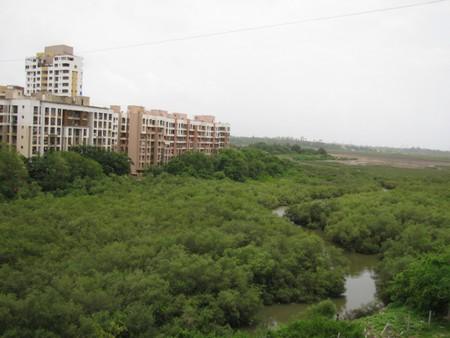 Mumbai is a self-sustained system comprised of various crucial networks. One network is that of the mangrove forests. Even though millions of Mumbaikars pass by mangroves daily, very little is known about the city’s few remaining mangroves.

Mumbai’s mangroves boast a history older than the city itself. It was the British who, upon realizing the strategic and commercial importance of the islands of the Arabian Sea, ordered for the clearing of the mangroves that rimmed the once-separated islands to create a continuous land mass then known as Greater Bombay. Today, many of these mangroves have disappeared and only a few remain. These can be spotted along locations such as the Vasai creek, Thane creek, Manori, Malad, Mahim, Bandra, Versova, Sewri, Mumbra–Diva, Gorai and Ghodbunder.

These half-fish and half-tree beings also find a mention in the Puranas and Tamil mythology – it is believed that many of the accessories that adorned the God Shiva, including the serpents worn as jewelry and the tiger-skin shawl, were acquired in the mangrove (thillai) forests of Pichavaram in South India, a telling tale of how bountiful mangroves really are.

Apart from playing a critical role in maintaining the city’s ecological balance by preventing soil erosion and reclaiming land from the sea, these hearty and mucky forests also help to generate income for the city’s traditional fishing community of the Kolis. Hidden away in the bosom of the mangrove patch between Bandra and the Maharashtra Nature Park is a system of fishing pools built by the Kolis two decades ago. Not many people know about them, and unfortunately, the fast-paced city life greatly inhibits any further interaction. Yet, the few mangroves that still exist provide the city dweller with a rare opportunity to witness the quiet and stillness, a state not typically associated with Mumbai.

It may, therefore, not come as a surprise that Mumbai has a special mangrove cell, which works with the Brihanmumbai Municipal Corporation (BMC) to make the residents more aware of the city’s mangroves. The cell has deemed the Thane creek as a flamingo sanctuary, with a view to promote eco-tourism and create awareness. The cell also wishes to build a recreational space around the mangroves that would attract more visitors. Proposals to build promenades and boardwalks are in the pipeline. Until such plans see the light of day, it is always possible to stop by these shrubby jungles next time you happen to pass them. You may even be lucky enough to spot rare migratory birds too. 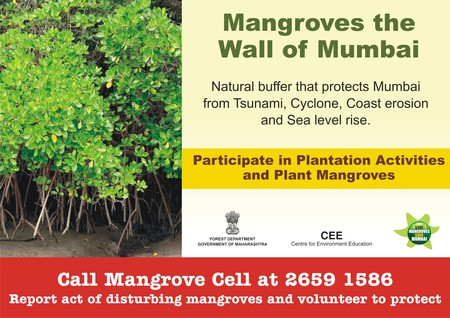 © 2013 The Mangrove Cell, Maharashtra Forest Department
Give us feedback