The Kolis Of Bombay: The Original Residents Of The City 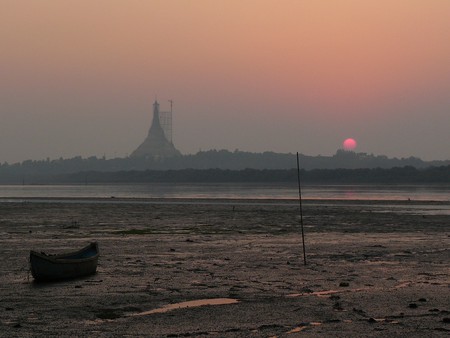 If you’ve spent time in Mumbai, you’ve likely encountered the Koli fisherwoman. On the platform, she has her paraphernalia spread out before her, and needless to say, the luggage compartment of the local train evokes her presence long after she’s gone. Here’s a little more about this community. 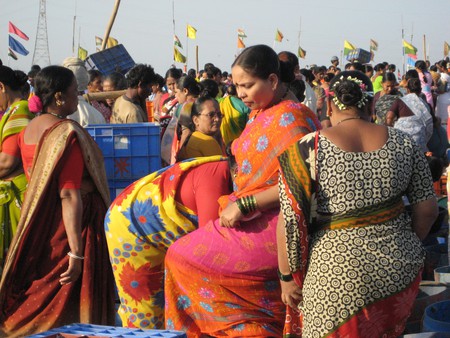 The famous Koli fisherwomen in their colourful attire | ©Flickr/Madhav Pai

The usual encounters have given many a negative impression of Koli people as an aggressive, unapologetic community who live in animosity. However, the Koli people have a rich history as the aboriginal fishing community. They were native to the states of Rajasthan, Gujarat, and Maharashtra. Today, they are limited to certain pockets such as Navsari and Valsad in southern Gujarat and northwestern Maharashtra, especially Mumbai. 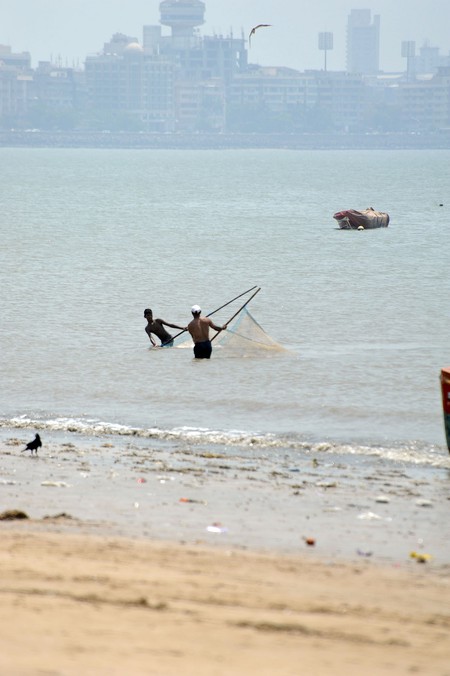 The Kolis of Mumbai have thrived in the hidden quarters of the city, the ‘koliwadas’, which essentially means “a home that opens to the sea.” The ‘Worli Koliwada,’ ‘Sion koliwada,’ ‘Vasai Koliwada,’ and ‘Colaba Koliwada’ are also prominent. These settlements are invisible to the passerby, except for the fish market that marks the entrance to these close-knit settlements. Long ago, when Mumbai was Bombay, and the city was merely a scattered amalgamation of seven islands, the Kolis helped develop the harbors and the coastlines. Islands like Kolbhat (now Colaba), Palva Bunder (now Apollo Bunder), Dongri, Mazagaon, Naigaum and Worli were named by the Kolis. The name Mumbai owes its origin to the Mumbadevi temple in Dongri, worshipped by the Kolis.

As the city came under British patronage, the inevitable happened: original inhabitants were sidelined and marginalized. The Kolis were removed from Dongri by 1770 by the East India Company. As more tracts of land were reclaimed and modern structures took shape, the ‘men of the sea’ were relegated to nooks. Gothic architecture, as we admire today, relegated them to the fringes of the city. Cuff Parade and Backbay reclamation are two such clusters where the community eventually resettled.

You might have heard them speaking a variant of Marathi, which is called Agri — their dialect. Originally, the community belonged to the ethnic Marathi. The arrival of the Portuguese during 1500 and their subsequent rule over Bombay led to the conversion of the Kolis to Christianity. The town of Vasai is now home to Catholic settlements, which were originally ethnic Kolis. Bassien, as Vasai was referred to by the Portuguese and later by the British, has remained as one of the major Koli settlements in northern Maharashtra. The Kolis who associated with Hinduism have segregated into sub-castes. The prominent among these are Mangela kolis, Vaity kolis, Mahadeo kolis and Suryavanshi kolis.

The onset of a new fishing season is celebrated in a grand manner. This day is called ‘Narali Punav.’ After this day, the wind and the waves favor fishing in the deep seas. The entire community celebrates this day as the onset of a new harvesting season, much like the farmers. Prayers are offered to the sea god, and boats are treated as sacred. Recently, the Koli folk in Versova have started celebrating their festival on a large scale, renting out a local space and hosting a weekend-long seafood festival to showcase their culture to the rest of the city. 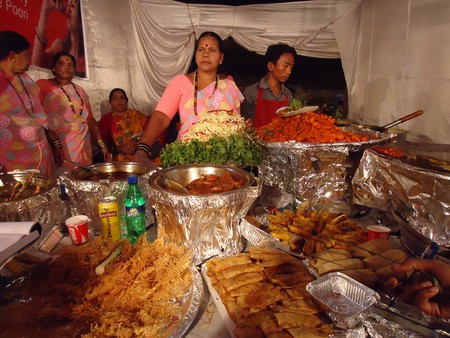 Dance forms an important part of the community’s identity. The dance form incorporates elements of sea and fishing. Fishing is their livelihood, and the sea is their soil. Hence, their dances are an homage to their occupation. The dances are performed by men and women in unison. The dancers portray movements of the boats and waves and the exercise of netting the fish. It’s a very playful and vibrant dance form that really expresses their love of the sea and their passion for life.

The government of India has classified them under the list of Scheduled Caste for the states of Madhya Pradesh, Gujarat and Rajasthan in the 2001, while they also appear under the list of Scheduled Tribes. However, their life is beyond official classification; their zest, vibrancy and fearlessness make the community more than just a fishing community.