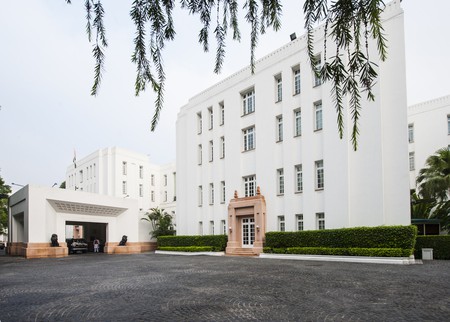 The Imperial is the oldest and one of the finest luxury hotels in New Delhi. Acknowledging the fact that more women are travelling independently, whether for business or leisure, The Imperial has launched an initiative called Eliza, designed specifically to cater for solo female travellers staying at the hotel. Discover more about this unique programme.

Being a solo female traveller isn’t easy, especially in a city like New Delhi where crimes against women are reported almost on a daily basis. Not only is it daunting for the traveller but even her friends and family back home are constantly worried. At times, there have been reports that some hotels in the country have denied women accommodation simply because they were travelling alone.

These factors, however, haven’t deterred women from all parts of the world from visiting the capital on their own. It also helps when trusted hotels like The Imperial come up with a concept like Eliza, which ensures that the safety and comfort of their female guests are put first.

Vijay Wanchoo, Senior Executive Vice President & General Manager, The Imperial New Delhi said: “The single lady traveller is a fast growing niche market and has tremendous potential. The rising number of women business travellers in recent years has made the hotel industry sit up and take notice. The creation of 12 Eliza rooms at The Imperial has been fostered by the growing demand.”

The programme has been an instant hit with female guests and since its launch, the occupancy for the Eliza rooms have consistently been at 90 to 95%. Most guests who’ve used this service have been from the US and Europe. 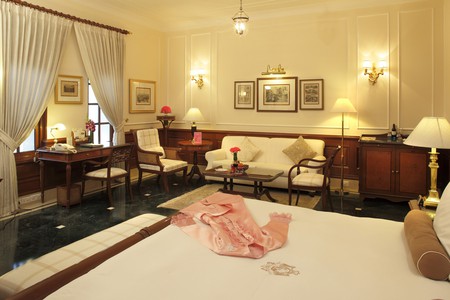 Safety first for Eliza guests at The Imperial

The Eliza programme begins right from the time the female guests land in the city, when the hotel sends in a pick-up facility with a lady associate escort along with the chauffeur. Once at the hotel, they’re allocated rooms in the special Single Lady Corridor, which is located on the third floor. This corridor has 12 rooms in total. Each room also has an in-room check-in facility.

The Single Lady Corridor offers a wide range of security features in addition to the hotel’s normal services. While adequate CCTV’s are installed in the hallways, the Eliza rooms have a separate room-door camera installed. There are special security knobs on the main doors to allow guests to check the other side before letting anyone in. Even telephone calls are made to go through a screening process before being connected to the room. Besides these measures, only female housekeeping staff and lady butlers are appointed for round-the-clock room service. 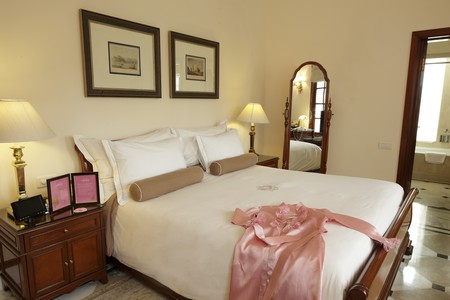 The decor in these rooms is done up in soft shades of pink and each room is furnished with distinctive amenities like special linens, bespoke bathing robes, manicure sets and special flower arrangements to provide an elegant touch and better comfort for the guests.

The best thing about the programme is that all the services included, do not come at a higher cost. The tariff is exactly the same in comparison to a similar category room at The Imperial and all the guest has to do is request an Eliza room when making her hotel reservation.

If you’re a solo female traveller taking a trip to New Delhi, and are concerned about finding a good, safe hotel, then The Imperial makes for a top choice. 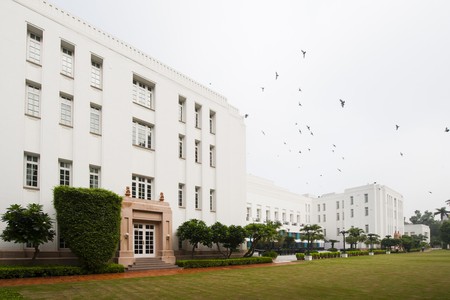 The Imperial | © Courtesy of The Imperial, New Delhi
Give us feedback