The History Of The Hawa Mahal, Jaipur In 1 Minute 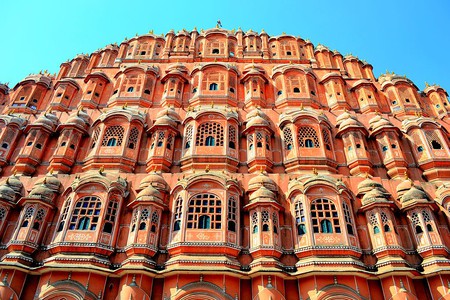 Rajasthan is a land of many historical forts and palaces, with each of them hiding numerous tales of the Royal Marwar in their architecture and grandeur. One such renowned heritage site is the Hawa Mahal or the ‘Palace of Winds’ in the ‘Pink City’ of India – Jaipur.

It was in the year 1799 that Maharaja Sawai Pratap Singh built this royal structure as a continuation to the city palace. The Maharaja was an ardent devotee of Lord Krishna, which can be seen in the architecture of Hawa Mahal resembling Lord Krishna’s crown. Lal Chand Ustad had designed this palace in the shape of a pyramid with its façade similar to a honeycomb with 953 ‘jharokas’ or small windows carved out beautifully in a traditional Marwari design covered with intricate latticework. The palace was designed essentially with a high screen wall as it was meant for royal women and queens; this let them enjoy the sight of the busy city life from behind these jharokas while remaining unseen from outside. The lattice was designed so as to let the breeze flow in the palace and keep it ventilated during hot summer months. 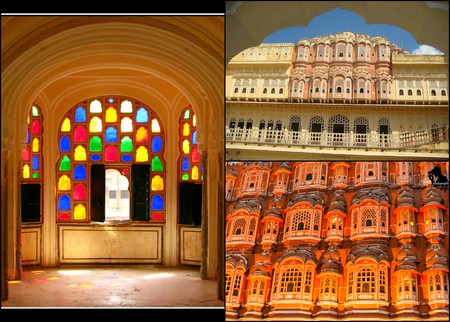 The five-story palace offers a breathtaking view of Jaipur. It is interesting to note that the palace does not have any stairs to go to the top stories; it only has narrow ramps connecting the different floors. It was built in pink and red sandstone, in accordance with the other monuments of the city giving Jaipur its name, ‘Pink City’. Hawa Mahal is a fusion of Rajput and Islamic architecture. In the domed canopies, floral patterns carved out on fluted pillars show the Rajput style of architecture; the stone inlay or filigree work and the beautiful arches of the palace remind us of the influence of Islamic architecture.

Standing at the heart of the Pink City, Hawa Mahal is a quintessence of the Rajasthan Royalty. To capture the best view, try to visit the palace in the early morning for a breathtaking view of the sunrise.