The History Of Colaba Causeway, Mumbai In 1 Minute 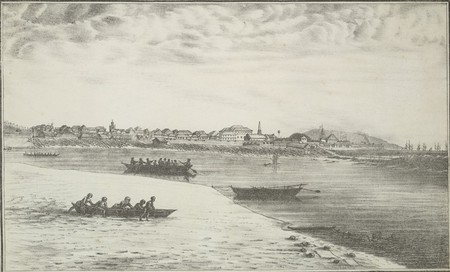 Colaba Causeway, officially known as the Shahid Bhagat Singh Road, has an irresistible charm that makes many visitors fall in love with it. It is a shopper’s paradise and surrounded by some of Mumbai’s landmarks such as The Gateway of India, Regal Cinema, The Taj Mahal Palace and Tower, Cuffe Parade and the Fort area.

In the past, Colaba, which was the southern tip of Mumbai, was declared as a cantonment area, where construction by civilians was prohibited. This, in turn, made the Fort area and parts of the older Mumbai overcrowded. In the next few decades, boat traffic to this area grew tremendously and resulted in several deaths due to the capsizing of overcrowded boats. This made the construction of the causeway imperative. It was constructed by the British East India Company during the tenure of Sir Robert Grant (1779–1838) as the governor of Bombay (1835–1838). Its construction was completed in 1838, using the Old Woman’s Island as a part of it, and, thus, the last two islands of Colaba and Old Woman’s Island (out of the seven islands of Bombay) were connected with the mainland of Bombay. 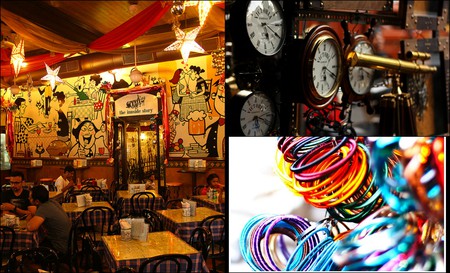 The architecture of the area is similar to that of old Bombay, as seen in buildings like the National Gallery of Modern Art (NGMA), Regal Cinema, Prince of Wales Museum (now Chhatrapati Shivaji Maharaj Museum) and Cusrow Baug, a Parsi residential colony built in 1934. Today, the area is known as the ‘Culture Square’ of Mumbai. Colaba Causeway is also home to the iconic Cafe Mondegar and Cafe Leopold, the age-old Irani cafés founded in 1871 – still some of the most loved eateries in Mumbai.