The History Of Chhatrapati Shivaji Terminus (CST) In 1 Minute 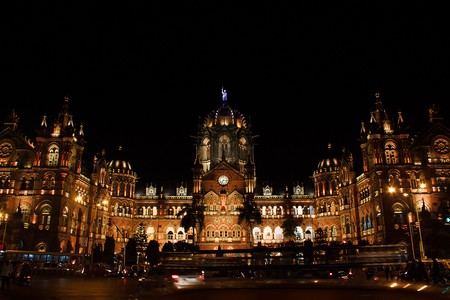 Chhatrapati Shivaji Terminus (CST), formerly known as Victoria Terminus (VT), is a UNESCO World Heritage Site and a historic railway station located in the heart of Mumbai. Built in 1888, the station is a grand reminder of the British Raj in India and still one of the most historical landmarks within the Central Business District of Mumbai. It has been a core witness to the city flourishing, businesses blooming, and the Indian film industry growing. It has seen the transition of Bombay to Mumbai. Let’s learn more about this historical gem.

Designed by the British architect F. W. Stevens, CST is an outstanding example of Victorian Gothic Revival architecture in India, blended with themes deriving from Indian traditional architecture. The structure represents the heart of the mercantile facet of the city and also symbolizes the British Commonwealth. CST has been associated with Mumbai since time immemorial.

In the past, ‘Bori Bandar’ station, located in Eastern Mumbai, was the main station for all commercial and trade activities in the city. In the 1850s, the Great Indian Peninsular Railway operated in this area, which gave it the name ‘Bori Bandar,’ starting its first rail service covering a total distance of 34 kilometers to Thane. It was during the British Rule that it was re-designed by F. W. Stevens, who named it Victoria Terminus (VT), after the then-reigning Queen Victoria. 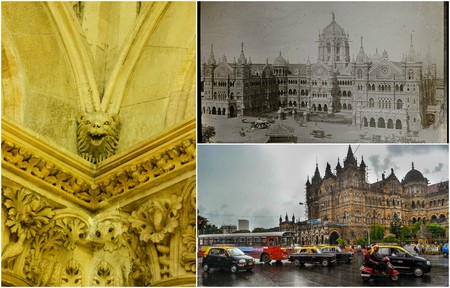 The complete construction of the building took ten years, which was the longest time taken by any building of that era in Bombay. It was opened to the Queen on her Golden Jubilee in 1887 and was the most expensive building in Bombay, which then cost about 260,000 Sterling Pounds.

The entrance gates to Chhatrapati Shivaji Terminus carry two columns, which are crowned – one with a lion (representing Great Britain) and the other with a tiger (representing India). The main structure is made of sandstone and limestone, and the interiors of the station are lined with premium quality Italian marble. In addition to the 18 railway lines, the CST is also home to the main headquarters, the Star Chamber, grotesques and the North Wing.

CST is the most cherished landmarks of Mumbai and an epitome of heritage for the city.