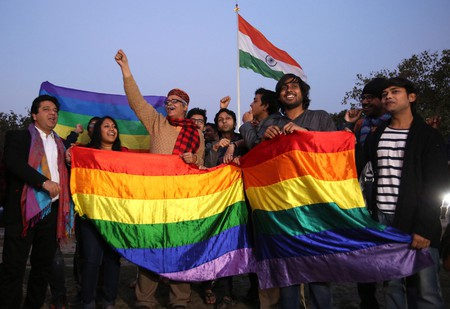 As India takes its first major step towards equal rights for the LGBTQ community, Culture Trip speaks to the activists who campaigned to decriminalise gay sex in the country.

The verdict on Section 377 – part of the Indian Penal code that punishes ‘unnatural offences’ – was delivered by a five-judge bench who unanimously held that consensual sex between adults in private space, which is not harmful to women or children, cannot be denied as it is a matter of individual choice. India’s Supreme Court CJI Justice Dipak Misra further contended that the right to privacy as part of the right to life applies fully to the LGBTQ community.

The decision follows a hugely popular movement that has gained momentum over the last decade. Pride Marches have now been held in more than 30 Indian cities, including tier-2 cities such as Bhubaneswar in Eastern India, which organised its first-ever march on September 5 – an event attended by people even from far-flung rural areas of Odisha state. 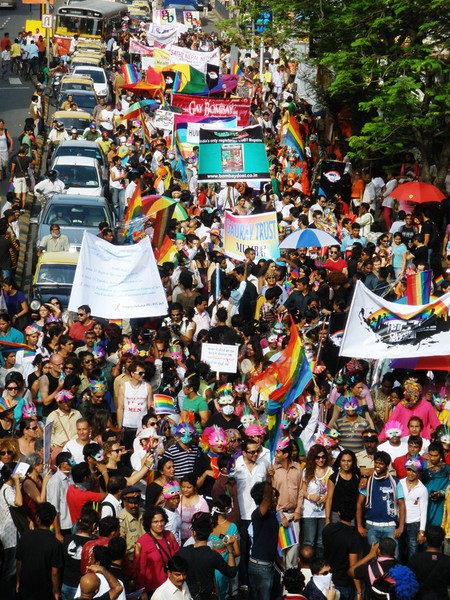 Elated activists see a better future for the LGBTQ community

LGBTQ activists have been fighting for their right for years, and now, their hard work has finally paid off. They’re gripped with elation and see a brighter, less threatened future for themselves and their community within India. 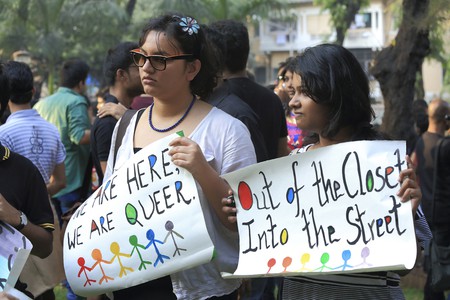 Sridhar Rangayan, a prominent gay rights activist, filmmaker, and founder of the Kashish Mumbai Queer Film Festival, played a prominent role in actively petitioning for the law to be overturned. “I am thankful to all the allies who have stood with us over the years, lending us support and giving a voice to our struggle, ” he says. “As a filmmaker and artist, it will also give me a voice, which I intend to use with responsibility.”

Pallav Patankar, part of the LGBTQ welfare organisation Humsafar Trust, believes he and his community finally have hope to live as equal citizens and with equal provisions of the constitution. “The verdict also offers us the same opportunity and freedom to live a life without fear, stigma or discrimination,” says Patankar. “Finally a decriminalised homosexual citizen of this country. (We) fought the good fight for future generations…”

Earlier, Humsafar Trust released a report in line with the petition challenging Section 377’s constitutionality, which gave insight into the problems faced by the LGBTQ community. According to the findings, only 20 percent of India’s homosexuals publicly revealed their sexuality and two out of five homosexuals in the country have faced blackmail since the Supreme Court re-criminalised homosexuality in 2013.

In light of the Supreme Court’s decision, professional photographer and LGBTQ activist Monisha Ajgaonkar, who is part of the larger movement, believes the verdict will go a long way in eradicating discrimination based on sexual orientation in the country. “Today, I feel a little safer being a lesbian in this community,” says Ajgaonkar, further contending that the verdict will not only help normalise same-sex relationships, but also normalise perceptions about homosexuals in society and in the workplace.

Ajgaonkar’s experience as a wedding photographer hasn’t always been pleasant. When she started her company, she received a lot of backlash from clients because of her sexuality as they couldn’t understand how someone like her could possibly understand a heterosexual relationship and capture its essence. ‘This law will now normalise how people perceive us and also, how we live and how we love’, she says with conviction.

The archaic colonial-era law from the days of the British Raj gives a vague description forbidding ‘carnal intercourse against the order of nature with a man, woman or an animal’. The Section imposes steep terms including up to 10 years of imprisonment and has a history of being used against members of the LGBTQ community.

Although Section 377 was scrapped earlier in 2009 by the Delhi High Court in a much-celebrated verdict, in 2013, the Supreme Court reinstated the law stating that it was a matter for the legislation to decide. The 2013 decision galvanised the LGBTQ movement in the country, leading to a petition by eminent personalities and activists last year challenging the constitutionality of Section 377. The ruling BJP government decided to step back from the issue and leave it to the ‘wisdom of the court’. 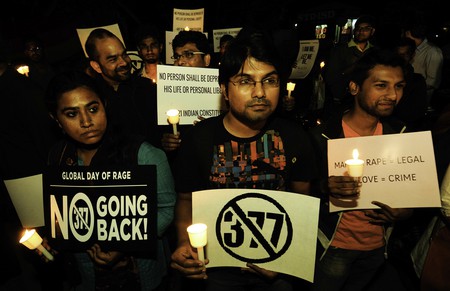 Indian culture has historically been accommodating to different sexual orientations – sculptures depicting same-sex intercourse in ancient monuments, such as Khajuraho, are proof of this. However, in the country’s modern history, this tolerance has seen a steep regression resulting in Section 377 staying in the law for so long.

Despite the majority of Indians supporting the decriminalisation of gay sex, fringe voices against it have also grown stronger in recent years. Even as the Supreme Court was getting ready to pronounce its verdict, a number of right-wing groups expressed that ‘acceptance in law will not mean acceptance in society’. This is one of the primary reasons why the legal victory for the LGBTQ community is seen only as a first step in a long struggle.