The Greatest Bollywood Horror Films of All Time 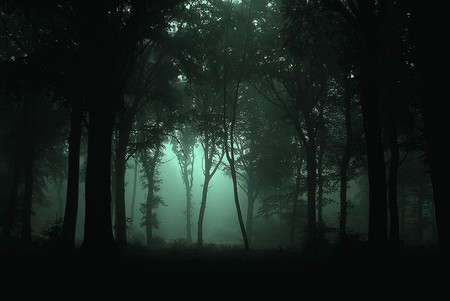 Here are seven nightmarish Bollywood movies to screen when you’re looking for a good scare. From a bone-chilling story about a haunted apartment to an anthology of several horror scenarios, these movies take you through a variety of hellish journeys.

A Ram Gopal Varma production, Vaastu Shastra tells the story of an author and his family who move into an old, remote house with a strange old tree in its vicinity. When their young son observes strange happenings in the house, the parents do not take him seriously—a decision they soon regret as a larger horror begins to unfurl.

Another film directed by Ram Gopal Varma, Bhoot tells the tale of a married couple who moves into an apartment with a dark past, eventually finding themselves engulfed in a nightmarish haunting. The wife soon becomes possessed, leaving the husband to discover more about the apartment’s history. This film, packed with a variety of terrifying scenes, will make you want to check into your own apartment’s past.

This popular film follows a couple who decides to move to a desolate cottage in Ooty to give one last go at saving their failing marriage. Upon arriving, the unsuspecting couple finds their house haunted by a mysterious supernatural presence. With the cold and densely forested hills of Ooty as an ever-present and dark backdrop, this film is perfect for a cozy horror movie night.

This horror anthology produced by Ram Gopal Varma features six separate spooky tales told by a group of friends who’ve found themselves stranded in a forest for a night after their car broke down. While the tales are terrifying on their own, the friends also deal with their own horror story in the forest.

The sequel to Darna Mana Hai (2003), this film features several directors coming together to craft yet another chilling anthology of horror. The film follows five children who, on one particular rainy night, take shelter inside a spooky bungalow that’s home to a creepy older woman. The woman keeps them entertained with tales of horror—as the children go missing one by one.

Successful in the box office upon its release, and a cult classic two decades on, Raat established Ram Gopal Varma as the authority in Bollywood horror cinema. The film follows a family who moves into a new house in the city only to find strange and inexplicable incidents unfold. When their daughter soon appears to be possessed by a supernatural being, they set out seeking external intervention.

Naina follows the story of a girl who loses her vision during childhood but regains it with a corneal implant as she grows up. She soon discovers that the implant has enabled her to see into the supernatural world as well. Starring Urmila Matondkar and directed by Shripal Morakhia, this film is a terrifying journey that will please most horror film buffs.