The Spiciest Cuisines To Try In India 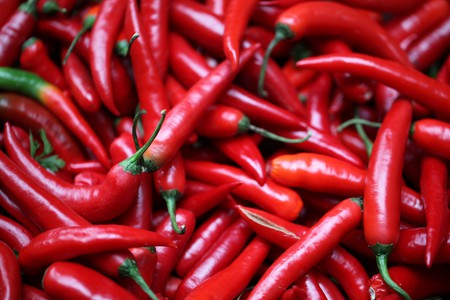 You’re probably aware that Indian food has a reputation for being spicy, but some regional cuisines take their spices more seriously than others. Come along for a culinary exploration of India’s spiciest cuisines.

You haven’t known what ‘my mouth is on fire’ means until you’ve sampled the fiery cuisine of Kolhapur. The peculiar blend of five spices and the method of cooking curries over a low flame combines to reach a surreal deep earthy color in their dishes. Particularly well known for their mutton and chicken preparations, Kolhapuri cuisine also offers the vegetarians one of the spiciest misal pav in the country. 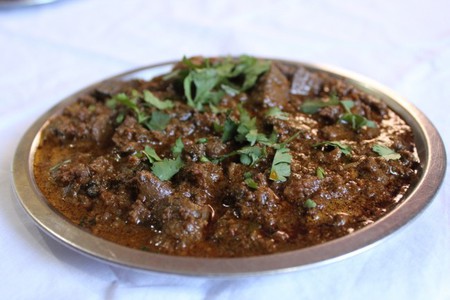 Popularly believed to be one of the hottest cuisines in the country, this style comes from the state that is the largest producer of red chilies in India. Andhra food revolves around spices in all their glory – in pickles, relishes and chutneys of every kind that you can imagine. Famous dishes include Andhra-style pepper chicken and fish curry, among others. 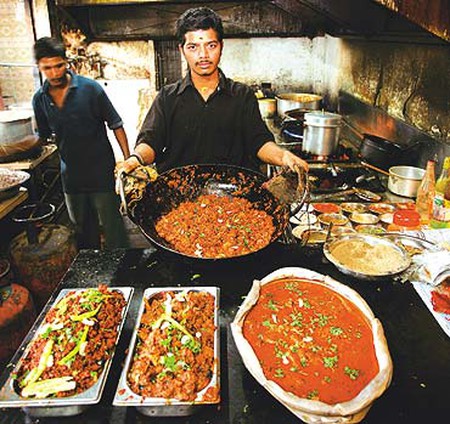 A cook prepares Andhra food in a kitchen | ©Flickr/Visakha Budathadu

Chettinad cuisine is what probably comes to most Indian people’s minds when they think of fiery food. The spices used in this cuisine are always freshly ground and almost always involve a base of aniseed and black stone flower. The food has an intense aroma that can literally be smelled a long way off from where it’s being cooked. The heat of the spices can make even the most ardent chili-lover sit down with a towel. 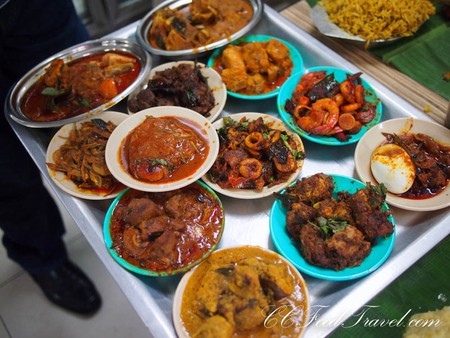 Most famous for its seafood dishes, this style of cuisine is usually cooked in thick spicy coconut-based sauces. Malwani cuisine isn’t bound to a particular state, it’s the traditional cuisine of the Konkan belt and is therefore found in three states (Maharasthra, Goa, Karnataka). The standard spice arsenal includes red chilies used in copious amounts, along with tamarind and kokum to aid digestion of such fiery food. The star ingredient is the locally found ‘teppal,’ the Indian cousin of the world-famous Sichuan pepper. 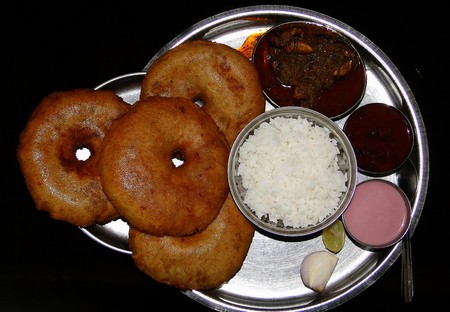 Vindaloo, Xacuti, Sorpotel, ring a bell? Goan curries are rich and heavily spiced, usually featuring a generous amount of red chilies and vinegar. The traditional style of cooking is to cook food on a low flame for hours to intensify the flavors and really bring out the spices. 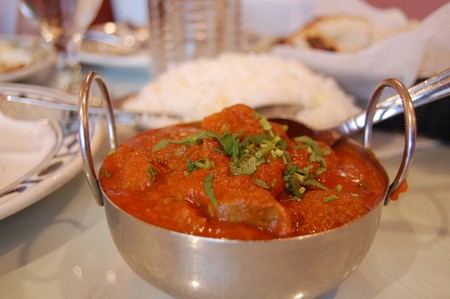 Naga cuisine has a distinct flavor profile. Influenced by its neighboring countries – China, Bhutan and Myanmar, it’s a happy confluence of influences. As it’s also home to several tribes, food variations exist by region. A typical meal would include rice, meat, vegetables and spicy sauces/pickles, much like in most of India. The ‘ghost chili’ (local name bhut jolakia), verified by Guiness as the world’s hottest chilli in 2007, is used in Naga food, particularly in sauces. Pork is the preferred meat, however, Naga cuisine relishes everything from eels, snails, silkworms to dogs. Typical Indian ‘masalas’ are not used in Naga food, which uses ingredients like bamboo shoot and banana leaves to add flavor instead. 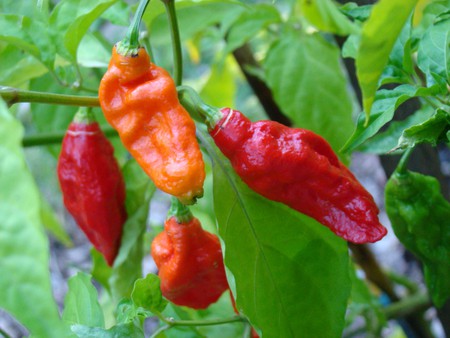