The Gardens of Delhi: Green Spaces in India’s Capital City 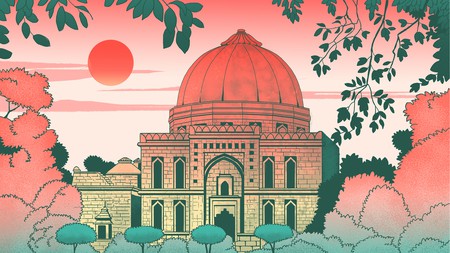 Delhi may not be known for clean, green spaces, but if you take time to explore, you’ll find lush flower gardens, forests teeming with birdlife and the ruins of ancient cities sitting silently under the trees. This isn’t the Delhi you expected.

Delhi is famous for many things – rich history, captivating culture, amazing architecture, fabulous food – but green spaces? Many travellers arrive in India’s historic capital and quickly rush out again, daunted by the traffic, noise and pollution. But the Indian metropolis has greenery to spare – if you know where to look. There are parks full of Medieval monuments, rainbow-hued flower gardens, forests alive with birds and ruined cities with more goats than people.

When the crush of the old city or the noise of New Delhi gets to be too much, visit the following parks and gardens and recharge. When travelling on the air-conditioned Delhi Metro, a green space is never far away.

Lovely Lodi, the lungs of Delhi

Lodi Garden may not be the biggest open space in Delhi, but it’s the best-loved. Covering a tidy triangle of land at the south end of New Delhi, this calm sweep of lawns and gardens is where Delhiites come to jog, stroll, picnic and promenade away from the prying eyes of chaperones. It’s the best place in the city to see Delhi at play, and there’s added historical appeal – the tombs of a string of sultans from the Sayyid and Lodi dynasties stand gracefully among the flowerbeds.

Landmark monuments include the elegant, octagonal tomb of Muhammad Shah Sayyid and the imposing mausoleum of Sikandar Lodi, set inside crenellated walls. Nearby is the Athpula (‘eight piers’) – a bridge constructed by the Mughal emperor Akbar – and farther south is the handsomely proportioned Bara Gumbad, a guest house for royalty built by Sikandar Lodi in 1490. Just outside the southern gate, the ornately decorated, Taj Mahal-like tomb of Safdarjung was created for the Nawab of Oudh in 1754.

When you tire of exploring, the shady Lodi, the Garden Restaurant is a great place to retreat from the heat, with private tables screened by flowing drapes. Get here on the metro via the Jawaharlal Nehru Stadium station.

Most of India’s Islamic gardens are nostalgic ruins, but the gorgeously restored Sunder Nursery offers a glimpse of what these Mughal marvels were like in back in the day. Once overgrown and neglected, this tidily trimmed expanse of lawns, water features and flowerbeds was laid out in the 16th century, following the principles of charbagh (‘four gardens’) – a mirror to the four celestial gardens of paradise described in the Quran.

Dotted around the compound, which sprawls northwest from Humayun’s Tomb, is a string of UNESCO-listed tombs and pavilions, dating from the Mughal period when the gardens lay along the route of the original Grand Trunk Road. Duck inside the stocky, square Sunder Burj to view the intricate plaster ceiling, before nipping into the alleyways of Nizamuddin Basti, where sizzling kebab houses crowd the approach to the 14th-century dargah (grave) of the Sufi mystic Nizamuddin Auliya. 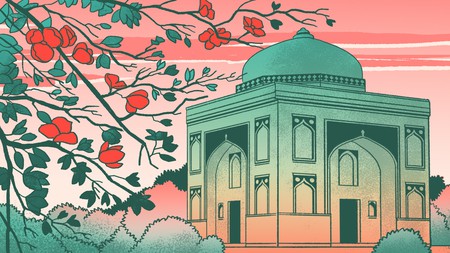 A peek at the president’s garden

Dominating the end of the Rajpath, the Indo-Saracenic Rashtrapati Bhavan was originally the home of the British viceroy; however, when India gained independence, it became the residence of the Indian president. You can see the elegant staterooms of this iconic building on an organised tour, but the only time you can explore the lavish gardens is during the annual public opening from February to March. In the Mughal style, the riotously colourful flowerbeds were tended by a team of 418 gardeners in the time of Lord Mountbatten, the last viceroy, providing an orderly counterpoint to the chaos of the city streets beyond.

Delhi’s green spaces are not limited to parks and gardens. Rising to the west, the densely forested Delhi Ridge (‘The Ridge’) is a spur of the Aravalli Range, which shelters the city from the scorching winds of the Thar Desert (also known as the Great Indian Desert). The protected forest is part of the Northern Aravalli Leopard Wildlife Corridor, and true to its name, leopards stalk through this lush landscape, though they’re rarely seen in daylight hours. Most visitors come in search of the 100 or so bird species that nest in the forest canopy.

Urban expansion has split The Ridge into a series of forest islands, curving around the western rim of the city. The Kamla Nehru Ridge runs north from Old Delhi, easily reached by auto rickshaw from the Kashmere Gate metro stop. Hidden away in the forest is the Flagstaff Tower, a crenellated lookout post where British families took refuge during the First War of Indian Independence in 1857; a spire-like Victorian-era memorial to the conflict stands just south in a neatly trimmed park. Farther north, near the Hindu Rao Hospital, are the ruins of the Pir Ghaib, a Tughlaq-era hunting lodge with a densely overgrown baoli (stepwell).

While exploring South Delhi, make a detour to this 317-hectare (783-acre) forest, which has escaped development thanks in part to the legends about the area being haunted. The graves of Sufi mystics lie under the trees, which buzz with birdlife, particularly at dawn and dusk when the forest is at its most atmospheric. Keep an eye out for colourful Indian paradise flycatchers and purple sunbirds flitting through the trees. Sanjay Van is one of Delhi’s best-kept secrets – during the week it’s possible to walk here without seeing a soul, something unimaginable in most of the city. Get here by auto rickshaw from the RK Puram metro stop. 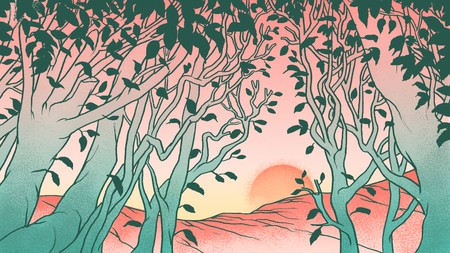 Walk with djinns in Tughlaqabad

Sultan Ghiyas-ud-din Tughlaq built his fortified city in the dry forests south of Delhi in 1321, after rising from slavery to take charge of the Delhi sultanate, but his triumph was short-lived. Tughlaq was crushed by a collapsing wooden pavilion just four years later, and his imperial city was abandoned to the winds. And so things remained for the next 700 years – even today, the ruined city sleeps silently inside its crumbled walls, visited by more goat herders than tourists.

You can thank superstition for the peaceful state of Tughlaqabad. According to legend, a Sufi mystic, who wanted to build a well on the same site, cursed the city, and local people still claim the ruins are haunted by djinns, Islamic spirits who wait among the stones to pounce on the unwary. To reach the ruined city, take an auto rickshaw from Tughlaqabad metro station to Ghiyas-ud-din Tughlaq’s mausoleum on the edge of the fortress walls.

Let your senses explore in Mehrauli

Close to the ruins of the first Islamic city in India, the Garden of Five Senses is a haven from the noisy traffic of south Delhi. Easily reached by rickshaw from Qutub Minar metro station, this gorgeously planted ornamental garden dates back to 2003, with winding pathways dotted with eclectic sculptures and artworks, including stone elephants, a Mayan arch and a tree of metal bells. The scented herb garden is a great place to escape the crowds who mob the nearby Qutub Minar archaeological site.

After exploring, detour west to the forests of the Mehrauli Archaeological Park. Scattered throughout the woods are some of the most ornately decorated Islamic tombs in Delhi and a string of other relics. The ruins get quieter and more atmospheric the farther you get from the Delhi-Gurugram highway; in the basti (village) west of the ruins is the Hijron ka Khanqah, a Sufi graveyard that is revered as a spiritual centre for Delhi’s hijra (transgender) community. Get here via the Qutab Minar metro station.