In the by-lanes of old Nagpur, in an area called Ganjakhet chowk, is a restaurant called Yuvraj Saoji that is over 50 years old. It was the first of what is now a series of restaurants that serve what has become the city’s signature cuisine, Saoji food – spicy, fiery, and mostly non-vegetarian fare. 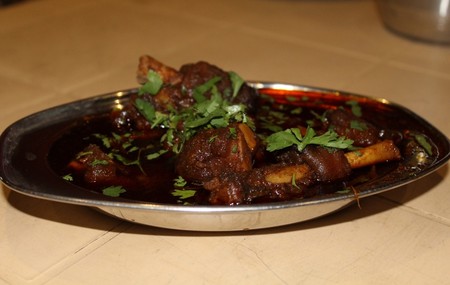 The Saojis are a community called Halba Koshtis and traditionally have been handloom weavers – for centuries they spun cotton and weaved soft cotton dhotis for men and sarees for women. But that industry was doomed as fashion changed and cotton clothing went out of favor. To survive, this community turned to the second best thing they knew how to do – cook non-vegetarian food with their special ingredients (masalas). The first to do so was Girmaji, son of a traditional weaver of Nagpur, whose family fell on bad times when cloth woven by them had no takers. He began by working as a waiter, then started his own tea and snacks stall that became so popular that he was asked to start a proper restaurant by his customers. The Collector of Nagpur offered him space in the bustling agri-produce market known as Cotton Market. 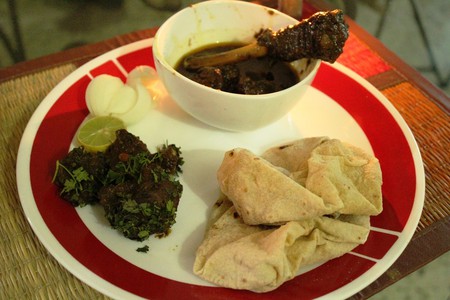 It was the first authentic local cuisine eatery – till then, only South Indian and Punjabi dhaba-style food was available, which not everyone liked.

Yuvraj, for almost fifteen years, was the monopoly Saoji eatery – now there are about 500 strewn all over Nagpur. There is no count of others situated in the smaller towns of Vidarbha, from where the Halba Koshtis come.

In Nagpur, these restaurants are found in clusters in hidden nooks of every commercial area. There is not one main road of the city or one locality that does not have its own Saoji eatery. 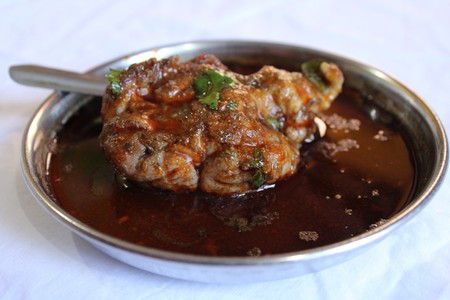 The unique flavor and taste of Saoji food comes from the very special Saoji spices (masala) for which each family has its own recipe – guarded very zealously. Thus, the women folk are also involved in the business because they make the garnish and gravies at home under their personal supervision. 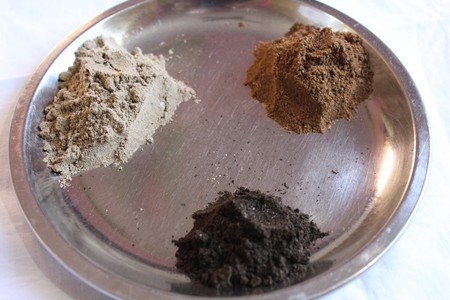 Basically, there are four masalas – two dry and two wet.

The dry or powder masalas have 32 ingredients. They are made in two forms: Bhukri masala (12 ingredients) and Kala masala (20).

The third is Batlo, a fresh paste made of ginger, garlic, onions and cumin. 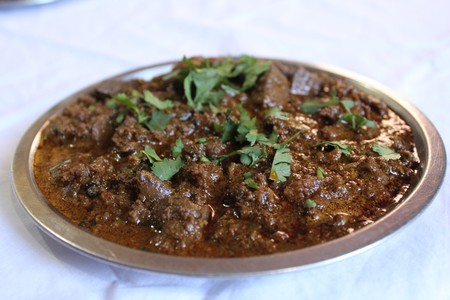 The fourth is a paste of coriander seeds, cashew nuts, sunflower and poppy seeds and other nuts like almonds. The combinations differ from family to family.

Saoji cuisine offers delectable goat meat, chicken, prawns, fish and egg curries served with hot puffed up rotis (bread) and boiled rice. It is definitely limited, but there are some dishes like lentil dumplings for vegetarians. Like beef and pork elsewhere in the world, every part of the goat, including the brain and trotters (hooves), is used for various dishes. 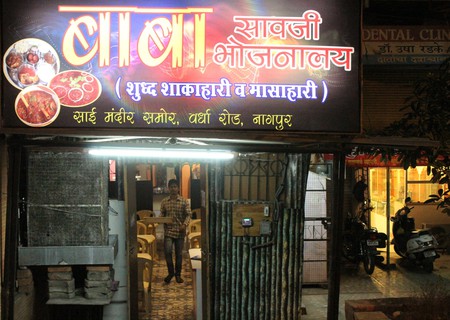 Being small, basic, family-run eateries, Saoji restaurants are cheap, easily affordable to all, yet they serve fresh and tasty non-veg cuisine – as long as you have the stomach for the potent curries they offer!