The Coolest Neighbourhoods in Chennai, India 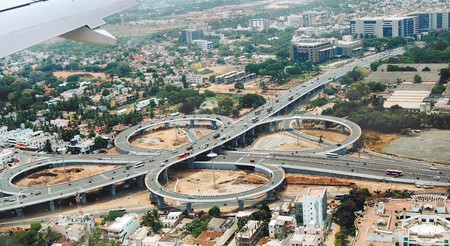 An aerial view of the Kathipara Flyover in Chennai, one of the largest clover-leaf interchanges in South Asia | © Guru C/Wiki Commons

Chennai’s identity has long been dominated by its temples, Tamil culture, and traditions. But under this umbrella, there has been a mushrooming of urban cool in recent years, and the credit for this should definitely go to some of the city’s neighborhoods. Notwithstanding Chennai’s conventional image, these locales are making sure that when it comes to the question of having fun, the city doesn’t lag behind the likes of Mumbai or Bangalore.

Until a few decades ago, Anna Nagar was a sober residential neighborhood with little going on. However, in recent years, the locality has become Chennai’s most socially active and boasts a vibrant culture. Filled with pubs, eateries, and event venues at every turn, there’s never a dull day in Anna Nagar. Stop by the sprawling Tower Park for a stroll, or head to cool restaurants like Haunted, for a spooky meal, and if you’re in the mood for it, stop by Flying Bottles or Aura for a drink! 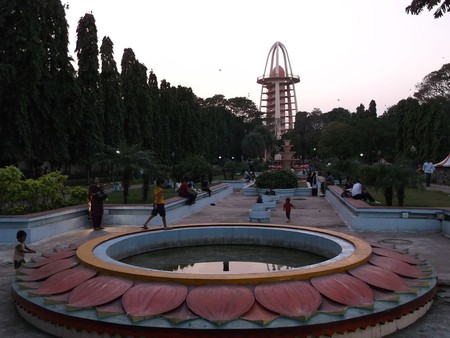 It wouldn’t be an overstatement to say that Nungambakkam is modern Chennai’s nerve-center. With the best pubs, nightclubs, and restaurants, Nungambakkam attracts youngsters like a magnet, partly thanks to the several colleges that call it home, including the famous Loyola College and Women’s Christian College. Nungambakkam is also home to some of Chennai’s best cultural centers such as the sprawling Valluvar Kottam Park, and art galleries such as the Faraway Tree Gallery, Apparao Gallery, and Alliance Francaise of Madras, which regularly hosts events. Head to the Pasha nightclub at The Park for an exclusive drinking experience or visit any of the several watering holes in the area such as B-Side, Crystal or Hoppipola. If shopping’s on your mind then take a trip to Khader Nawaz Khan Road for the best of luxury retail and fine dining in the city. 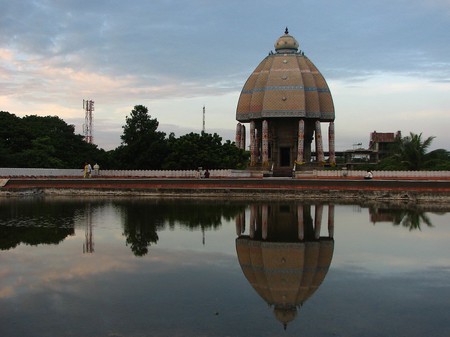 While Mylapore has certainly played an important role in Chennai’s history, not many know that the neighborhood predates the city itself by more than 1,500 years! But despite its age, traditions and famous temples, Mylapore has come into its own in recent years and upped its cool-quotient. While Mylapore’s Citi Centre Mall is one of Chennai’s oldest, the neighborhood also boasts being home to some of Chennai’s coolest joints such as The Madras Pub. Its arterial Dr. Radhakrishnan Road is dotted with uber-cool pubs, clubs, and restaurants and is also home to some of Chennai’s best hotels including Savera Hotel and Fortune Chennai. 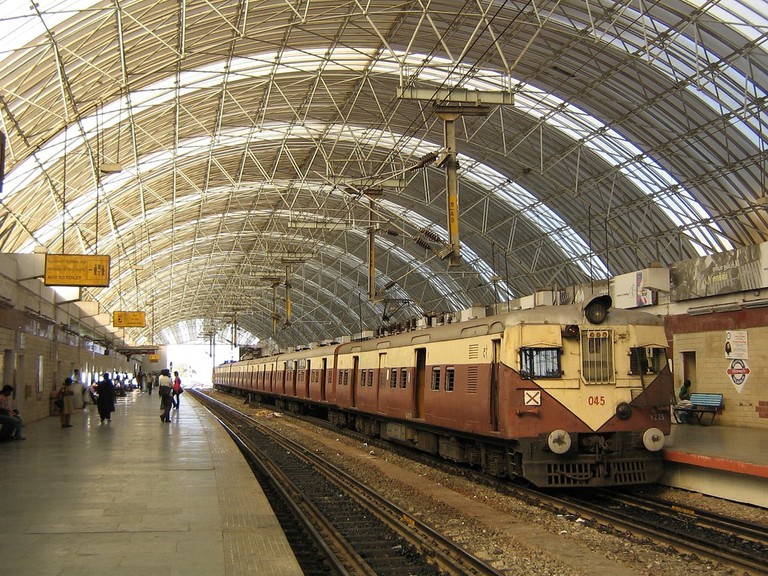 When it comes to access, it doesn’t get any more central than Royapettah in Chennai. Located in the heart of the city’s modern core, Royapettah is sandwiched between Triplicane and Mylapore and is the preferred haunt of everyone looking for fun in Chennai. Apart from being home to some of the best pubs and bars in the city, the neighborhood also boasts a thriving cafe culture with highly-rated cafes such as Amethyst and Writer’s Cafe located here. Royapettah is also home to Chennai’s largest mall, Express Avenue, which also houses the largest gaming arcade in South India. Home to some major multiplexes, malls, event venues and more, Royapettah is one place in Chennai where you’ll never run out of options. 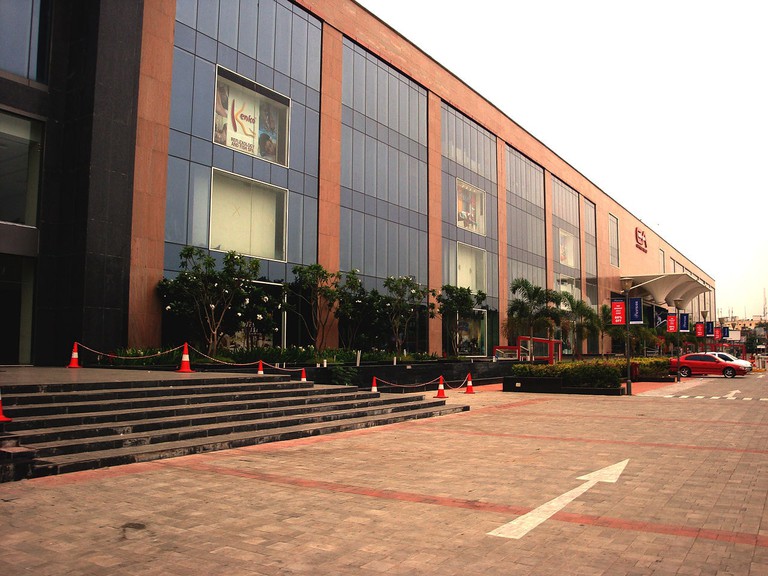 Natural Feature
Facebook
Email
Twitter
Pinterest
Copy link
Share
Map View
For decades now, Besant Nagar has silently been Chennai’s coolest neighborhood and continues to be to this day, despite growing competition from other areas around it. What really works in its favor is the magnificent Elliot’s Beach, which has been the favorite evening haunt of every Chennaiite, young and old, throughout the city’s modern history. While the beachside is dotted with highly-rated restaurants such as Cozee and Mash, head a little further into town and you’d find great options for drinking, such as Based On A True Story and M’Bessy. And even if you don’t find anything to your liking, no one’s ever gone home disappointed from a trip to Elliot’s Beach!
Open In Google Maps
Elliot's Promenade, Besant Nagar, Chennai Chennai, 600090, India
Give us feedback

Adyar is a microcosm of everything that Chennai represents in more ways than one. While its neighbor Besant Nagar is extremely popular with youngsters for its access and entertainment options, Adyar can easily be called one of Chennai’s most culturally active neighborhoods. Be it the idyllic and sprawling Theosophical Society that regularly host events and conventions of the highest intellectual caliber, or the heavily under-appreciated Adyar Eco Park, there is no dearth of options for winding down in Adyar. But none of that is to say that Adyar doesn’t have any options for an evening out. Head to Flower Drum or Rain Forest for a sumptuous meal and stop for dessert at the original Adyar Bakery, which is now a popular chain all across the city. 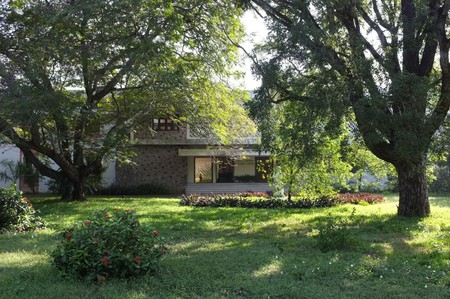 Located just off the arterial Mount Road (Anna Salai), Alwarpet has some of the best eating and drinking options in Chennai. If you are a sports buff, head to the popular Paddington Sports Bar for some live action, or stop by Gatsby 2000, one of Chennai’s most-happening nightclubs, in the evening. Alwarpet is also home to some of Chennai’s most popular cafes such as Chamiers Cafe, and Ashvita Cafe.

Kodambakkam is the nerve center of the Tamil film industry Kollywood (which even derives its name from the neighborhood). And everyone knows that wherever the stars are, that’s usually where the party is! Over the years, this proudly kitsch, and colorful, neighborhood has become home to some of Chennai‘s best options for hanging out. Head to The Big Bang Theory Gastro Pub or the Tavern Bar for a bout of beer and grub, but if you really want to enjoy Kodambakkam, stop by any of its roadside food stalls that are even frequented by movie stars! 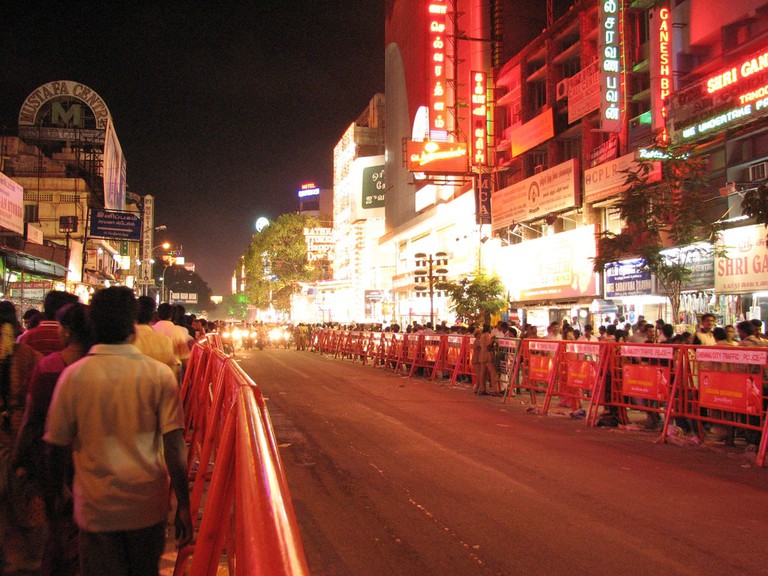