The Coolest Neighbourhoods in Bangalore 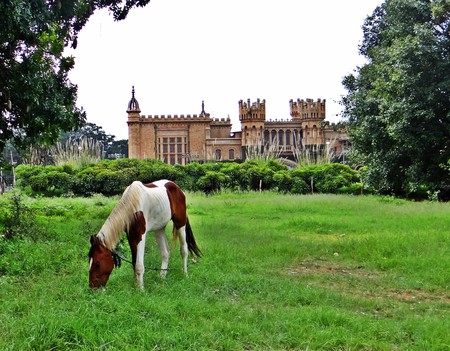 Bangalore, the garden city, has many cool neighbourhoods | © sarangib / pixabay

Bangalore turned from India’s Garden City to India’s Silicon Valley seemingly overnight. The city expanded and people from across the country made Bangalore their home. It has a mix of old and new, some places have held on to tradition while others have transformed into modern, cutting edge areas. Here are the coolest neighbourhoods in Bangalore.

Jayanagar is one of the older localities in Bangalore. While there are lovely cafes and a really good market place in the area, this place is mostly residential and is home to the older families of Bangalore. Peaceful lanes fringed with lush green trees are a delightful common sight. The 4th block is an especially lively area in Jayanagar where you will find shops for almost anything you need.

Koramangala is a relatively new area in Bangalore and a major hub for the youth in the city. Some major start ups and promising entrepreneurs work and live in the area. Needless to say, the social and night life in Koramangala is great too, with all the young crowds heading this way to have fun after work. One of the best places to have breakfast and lunch in Koramangala is Hole In The Wall Cafe.

Malleshwaram is another retro place in Bangalore. Its market is the main attraction and a sneak peek into Bangalore’s olden days. Malleshwaram has remained just as it was a few decades back, before the IT boom in the city. Some of the best, old South Indian restaurants, like CTR, can be found in this area. A great place to visit close to Malleshwaram is the Karnataka Chitrakala Parishath. The art complex has 18 art galleries and hosts numerous art and craft exhibits.

Whitefield is a relatively new area but a rapidly upcoming one, being one of the newer extensions to Bangalore. Non-Resident Indians (NRIs) are particularly interested in the upcoming housing societies in the area, and that has made Whitefield an important location. There are ample restaurants and amenities in the developing area already.

Indiranagar lies in the heart of Bangalore. It is filled with offices and a jolly crowd of pubs and restaurants. This is an old area of Bangalore that has been evolving over time. You will spot traditional homes and glass-box, modern-style clubs right next to each other. A great mix of culture and age demographic is what Indiranagar is made of. The Windsor Pub is well worth a visit if you want to have a quiet evening with good music, food and drinks. There are Indian clothing brands like Brass Tacks and a store that works with the ancient art work of Channapatna called Varnam.

Ulsoor attracts lots of travelers and tourists for its beautiful temples. An old part of Bangalore, Ulsoor is very close to MG Road and almost in the heart of the city. The housing and rental rates aren’t too high in this part of the city and it has turned out to be a good mix of old and new.

Basavanagudi was an attractive area for retailers and vendors to establish their businesses in the early 20th century. Buzzing with trade and families, Basavanagudi holds a peanut festival every year for two days!

Another relatively new part of Bengaluru, Bannerghatta is quickly earning a name for being one of the coolest neighbourhoods in Bangalore. The best part about the place is the Bannerghatta National Park.