The Best Ways To Get Around Mumbai 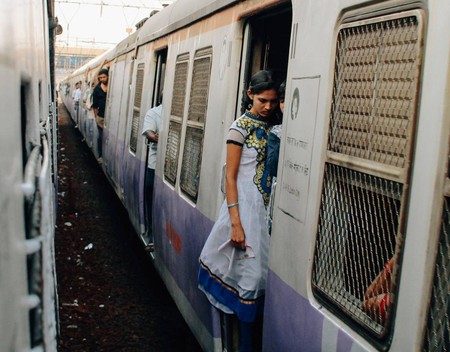 Getting around Mumbai requires a decent amount of planning and knowledge of the local urban layout. While many neighborhoods tend to be pedestrian-friendly, for efficient travel around the city you will need to use public transport. But fear not! Mumbai has plenty of transport options – for every budget and at every level of comfort.

There’s no mode of transport more integral to the city’s functioning as its train system – aptly dubbed the lifeline of the city. The oldest railway system in Asia, the train network has over 120 stops and four primary service lines. The Western Line starts from Churchgate and expands northwards parallel to the western coast of the city. The Harbour Line starts from the Chhatrapati Shivaji Terminus (CST) and reaches into Navi Mumbai. The Central Line – which has trains from both Churchgate and CST – covers the northern, among other suburbs, of the city. Apps like M-Indicator helpfully list train schedules, routes and fares, as well as delays and service messages. However, keep in mind that the trains are dramatically over-crowded, particularly during rush hour.

The BEST bus system covers almost the entire city, and even has services in Navi Mumbai, Thane and Mira- Bhayandar. The system has a range of buses with and without air conditioning. With hundreds of stops, the system is a good option to traverse the city. However, traffic tends to cause delays in bus timings, particularly during rush hour. The trains tend to be faster and more punctual.

The city’s kaali-peeli (black and yellow) cabs are undoubtedly the best way to cover short distances in southern Mumbai. The cabs are fairly inexpensive, and drivers tend to strictly follow the meter for the most part. Minimum fare for cabs is Rs. 22. They’re also all over the city and fairly easy to hail.

Auto rickshaws are to Bandra and the suburbs north of it what kaali-peeli cabs are to south Mumbai. With minimum fare at Rs. 18, they’re cheap and convenient. However, you’ll find rickshaw drivers refusing to accept meter fare in most suburbs outside the city. Negotiation and a little help from fare-calculating apps, such as Meter Down, should help you avoid getting cheated.

Meru Cabs predates Ola, Uber and similar services as the city’s default cab aggregator company. It enables users to book cabs via calls, their website, or their app and gives users the option to pay via cash, card or their online wallet. However, Meru is usually pricier than its newer counterparts, and has seen a significant number of customers switch to alternative services as a result.

We've got the perfect travel plan for your family weekend getaway! Go for Meru and enjoy a carefree ride with us. #MeruCabs #Travel #India #Weekend

Uber and its Indian counterpart Ola are trusted ways to get around town. Both services have a fairly good track record in the city in terms of punctuality and drivers. These cabs are fast replacing other cab services in the city for being relatively cheaper. While the trusted kaali-peeli local cab is much cheaper for shorter rides in south Mumbai, as are autos in Bandra and other suburbs, Ola and Uber are your cheapest and most comfortable options for long rides in the city.