The Best Walks to Take in Gwalior, India 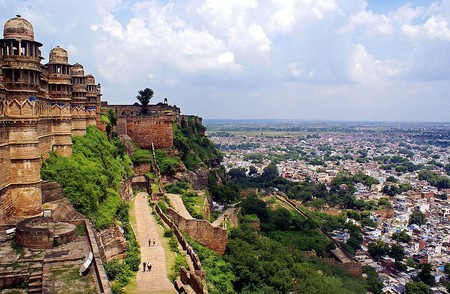 The historic city of Gwalior has a lot to offer. But you can make the most of your trip if you explore it on foot. From palaces to street markets, get to know the city in detail by taking some of the best walks around downtown and important architectural landmarks.

Known to be one of the most impenetrable forts of India, Gwalior Fort is a must-visit. The complex has three main temples called Sahastrabahu Ka Mandir, Teli Ka Mandir and Gurudwara Data Bandi Chhor Sahib, palaces like Man Mandir Palace and Gujari Mahal, rock-cut Jain Siddhachal caves and many other monuments. From Hathi Pul (which is the Elephant Gate on the north-east side), you can start walking all the way up, exploring one landmark after the other. Here is where you’ll get to know the rich history behind the fort, how it played an important role in the rebellion of 1857 and marvel at the impressive architecture. 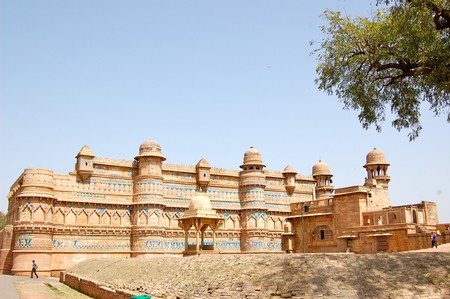 Very close to the Gwalior Fort is Surajkund, which served as a large water pool in the ancient times. People used to believe that the pool’s water was magical and could even cure chronic diseases. However, there’s no water here anymore, but it’s a pleasant green place with lots of trees around – perfect for an evening stroll or a picnic with the family. 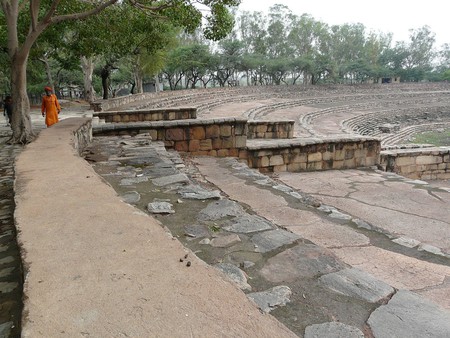 This is a rock-cut Jain monument, believed to be carved out of one single stone. There are about 100 carvings of Jain Tirthankaras on the rock here, which is why the place is also a popular pilgrim destination. At the foothill of Gopachal Parvat are two Jain temples with a beautiful garden. The place opens at 6:00 am for the worshippers to come and worship in the temples. This is also the best time for you to visit, as early mornings are less crowded and cooler (good for your feet as you’re required to walk all the way up barefoot). 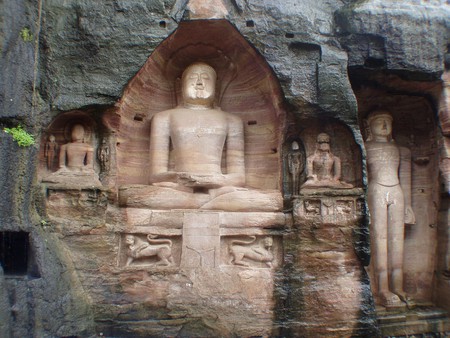 Tombs of Tansen and Mohammed Ghaus

Gwalior is also known to be the city of Tansen, the greatest musician of India and one of the nine jewels of Emperor Akbar’s court. His burial place in the city is called the Tansen Tomb. This is also where every year in December, the Tansen Music Festival is organised to commemorate him. Next to the Tansen Tomb is the Tomb of Mohammed Ghaus, his teacher. Both tombs showcase great architecture and are surrounded by lush green gardens. 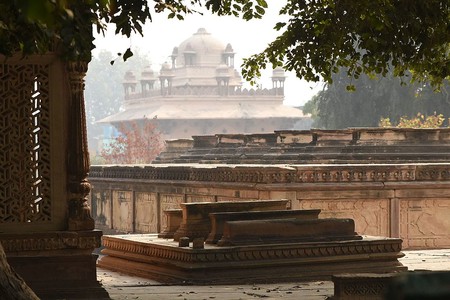 To witness the local street market and enjoy the delectable street food of Gwalior, a walk down the Maharaj Bada and Sarafa Bazaar is a must. Located in the heart of the city, Maharaj Bada is a large square that houses municipal buildings, banks and a one-time opera house. This place is also known as a shopper’s paradise, as you can shop here for anything and everything you could possibly need. Next to the Bada is Sarafa Bazaar, well known for its gold and silver jewellery outlets, beautiful sarees and salwar suits. Sarafa Bazaar is also popular for street food like aloo-tikki, pani puri, bhalla papdi, pohe, jalebi, etc. 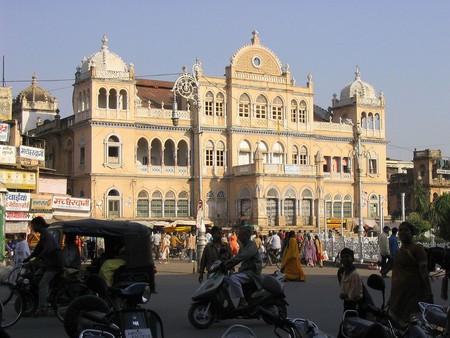 Moti Mahal once used to be the palace of the Scindias, but has now been converted into a government office. It showcases ancient Mughal architecture and is surrounded by a beautiful garden. Adjoining Moti Mahal is the Baija Taal Cultural Complex, which used to function as an open-air theatre. If you’re up for a morning stroll in the city, then this is a great place to spend some time amid nature while also admiring the ancient architecture. 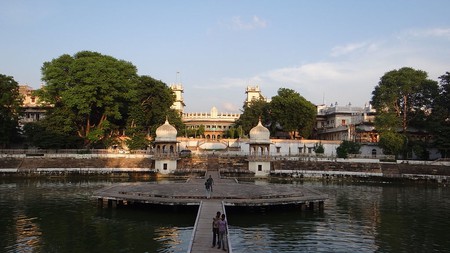 Chhatris (or cenotaphs) of the Scindias are large marble structures built in Mughal-style pavilions with beautiful gardens and lawns all around. These are spread across a large area and, from the outside, look like a dense forest. However, it’s a beautiful place favoured by locals who love morning walks and jogging. When you enter the complex, you’ll find people exercising, running, playing or just admiring the garden. If you’re lucky, you might spot a few peacocks here as well.