The Best Towns and Cities in Kerala, India 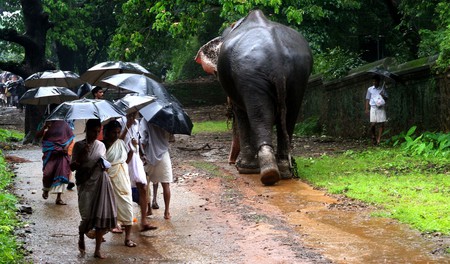 Kerala is best known for being blessed with natural beauty. Almost every nook and corner of the state is remarkable in its own way. However, owing to the vast expanse of the state, it is difficult and time consuming to cover its entirety. Here is a handpicked selection of ten towns and cities from around the state that are major tourist draws, and here’s why.

The commercial capital of Kerala, Kochi is bustling with culture and modernity. It has the world’s first airport that functions entirely on solar energy. One of India’s largest malls is also located in this city. It is a melting pot of people from not just all across the country but also from other parts of the world and is home to the oldest mosque, church, and synagogue in India. 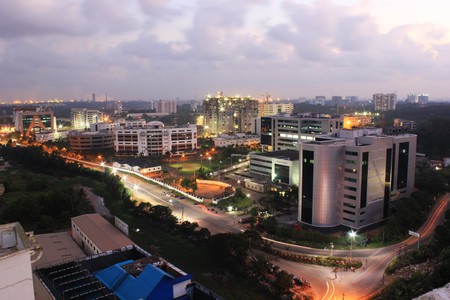 The political capital of Kerala, Thiruvananthapuram is steeped in history. It was the seat of the Travancore rulers, the legacy of which continues till date, though as an honourary name. Rich in tradition, the city houses the richest temple in the world – Padmanabhaswamy Temple. It also has a remarkable zoo, museums, and is connected to some of the best beaches in the state. 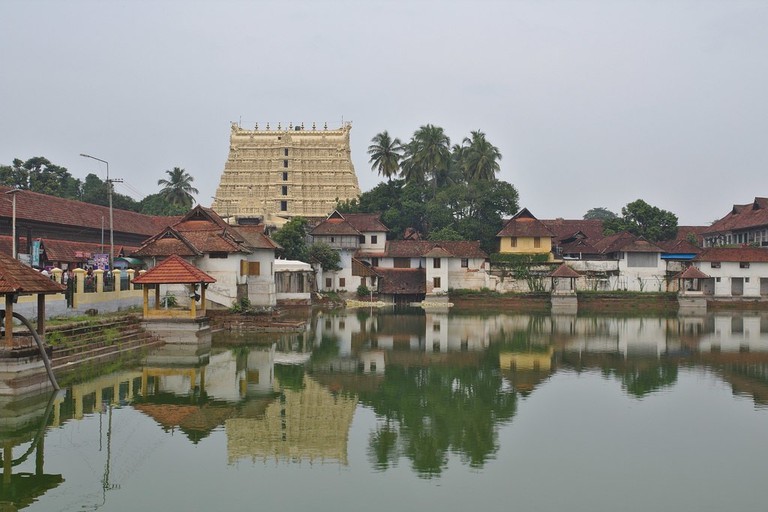 The coolest retreat in Kerala, Munnar is a verdant paradise that is renowned for its acres and acres of tea plantations. It is also rich in wildlife, home to some magnificent creatures like the Indian wild elephants, tigers, the Nilgiri Thar, and Gaur. It also has an indigenous specie of wild flower, known as Neelakurinji, which blooms once in 12 years. This place is also a haven for adventure enthusiasts as it provides several enthralling trekking trails in the Western Ghats. 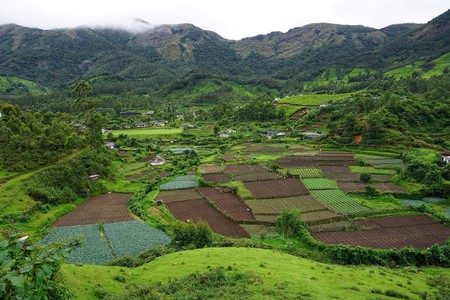 Known as the ‘City of Spices’, this was an important centre of the spice trade that existed with the Arabs as early as third and second millennia BCE. Kozhikode, arguably, is credited with being the place where Portuguese explorer Vasco da Gama first stepped onto the shores of Kerala, at the Kappad beach, and was instrumental in furthering the trade ties with Europe. In recent times, the city has also earned the sobriquet of ‘City of Sculptures’ for its abundant wealth of architectural sculptures in various parts of the city. 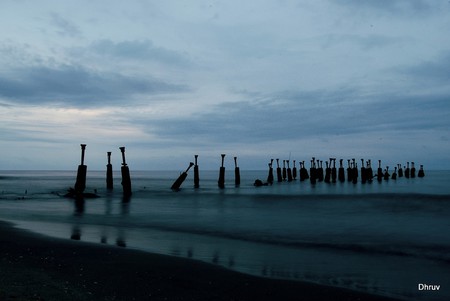 Known as the ‘Venice of the East’, this coastal city is blessed with backwaters that function as a network of waterways and channels. Its scenic beauty is indescribable, making it one of the most sought after destinations in Kerala. With houseboat cruises on its lagoons, Alappuzha offers a perfect getaway, serving as both a family vacation spot as well as an ideal honeymoon retreat. 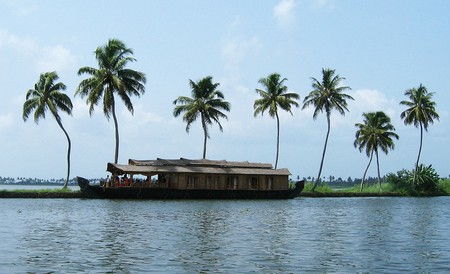 The ‘cultural capital’ of Kerala, Thrissur lies in the heart of the state and is a hub of festivals and traditions. Thrissur Pooram and Pulikali are among the grandest spectacles held during the year, witnessing massive congregations. The city is also famous for its temples that have a rich history, such as Vadakunnathan, Paramekkavu, Thiruvambady, Guruvayur, and more. The people of the region are also known for their happy go lucky and jocular nature. 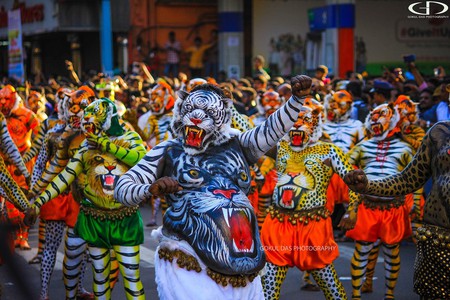 Abounding in churches, this city was known as the ‘Land of Letters’ as it is the birthplace of some of the first Malayalam newspapers such as Malayala Manorama, Deepika and Mangalam. The city is also renowned as the hub of mural painting in Kerala. It is also a major trading centre of natural rubber in India, as is evident from the expansive rubber plantations in the region. It boasts of natural beauty and is a trekker’s paradise, with several routes such as Illikal Kallu, Ilaveezhapoonchira and Thommankuthu. 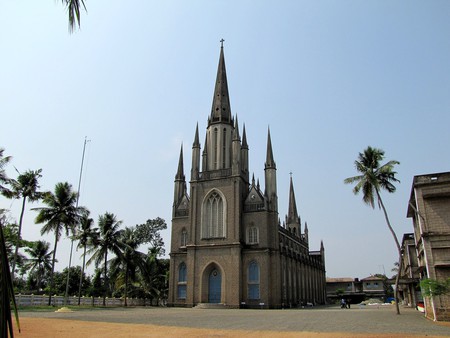 One of the most popular hill stations in Kerala, Vagamon offers scenic landscapes with short rolling hills that have gently rounded tops. It is known for its vast expanse of meadows that draw tourists from across the country, and is also a favourite location for the film industry. The place is listed among the ’50 most attractive places to visit in India’ by National Geographic Traveller. It is characterised by its green valleys, pine forests, mists, fog, and verdant greenery. 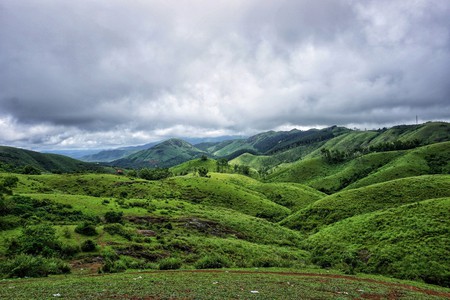 Renowned for its biriyani, one of the most favourite dishes for Malayalis, the city was an important centre of trade during the ancient times. It also served as headquarter of the French military base in the state. The region has a heavy influence of Arab culture that it gained over the years. The ritual performance art of Theyyam and the indigenous martial art form Kalaripayattu originate from the area. 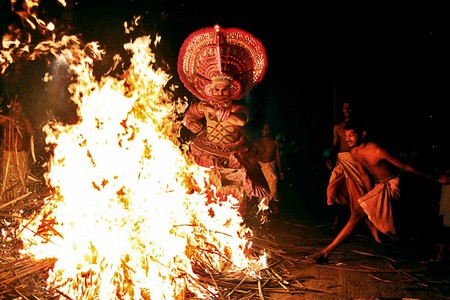 A growing favourite town among international tourists in Kerala, Varkala offers an ideal beach getaway that is relaxed and laidback. Flanked by a cliff, it provides unique scenic viewpoints. Littered with new age cafes that are perfect to unwind at, they cater to international tastes. Varkala is also famous for its spiritual centres such as Sivagiri Mutt and Janardanaswamy Temple. It also has several natural hot water spas and springs. 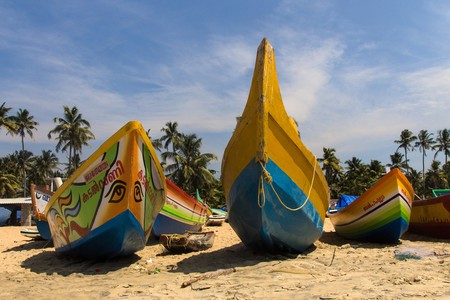 Boats at Varkala beach | © cat_collector/Flickr
Give us feedback