The Best Things to See and Do in Wayanad, Kerala 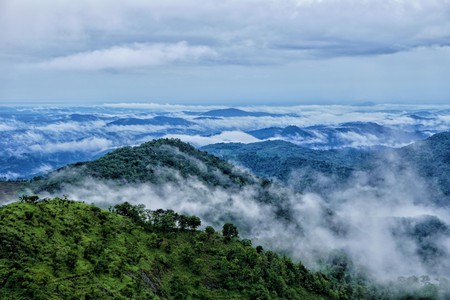 Rich in natural beauty, Wayanad is fast becoming a hot tourism hub in Kerala. Not only is it blessed with natural formations but it also has a deep history that precedes modern civilisation. A large part of the district is covered in forests, thereby making it a blessed habitat for scores of wildlife. Wayanad is, therefore, a diverse tourist destination, offering wonders for nature lovers, adventure enthusiasts, history buffs and laid-back travellers.

Visit the relics of human civilisation at the Edakkal Caves

A trip to the Edakkal Caves in Wayanad is a journey into the prehistoric past. The Edakkal Caves house petroglyphs believed to be at least 8,000 years old, indicating the presence of prehistoric settlements in this region. The petroglyphs are of human and animal figures, tools used by humans and several other symbols that are yet to be deciphered. In the true sense, Edakkal is not a cave, but a massive boulder wedged between two other stones giving the appearance of a cave. 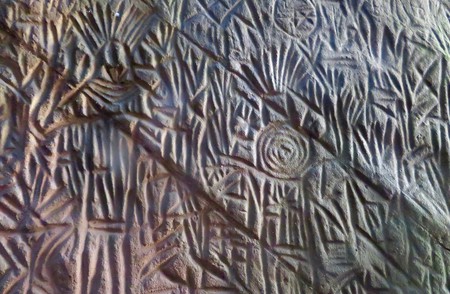 The Wayanad Wildlife Sanctuary, aka Tholpetty Wildlife Sanctuary, is considered the second-largest wildlife sanctuary in Kerala and forms a part of the Nilgiri Biosphere Reserve. Its vegetation hails from the South Indian moist deciduous teak forests and pastures of the west coast semi-evergreen tree. It is one of the safest havens for a wide variety of bird species including White-rumped vultures, Red-headed vultures and many mammals. 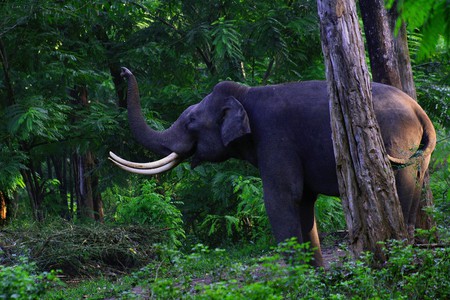 Trek through the lap of nature

Wayanad has always enticed adventure seekers and trekkers in hoards as the district has some of the best trekking routes in Kerala. Trails here traverse through high grasslands, deciduous forests, thick shola evergreen forests and rocky river-beds strewn with massive boulders, providing a wide variety of terrain to walk over. Some famous trekking trails in Wayanad are Chembra Peak trek, Brahmagiri Peak trek, Banasura Sagar Dam trek and Pakshipathalam trek. 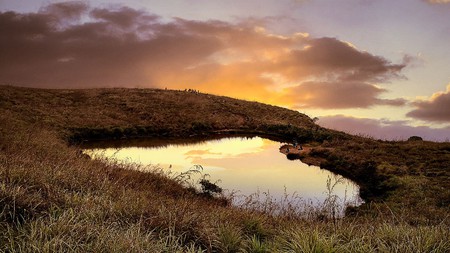 The two major lakes in Wayanad are the reservoirs formed by Banasurasagar Dam and Pookode Lake. Both these points offer boating experiences in the form of paddle boating, shikara boating and row boating. The serenity experienced while in the middle of the lake is a divine feeling – it is a must-do during your trip to Wayanad. 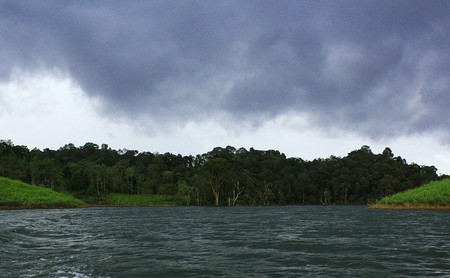 Enhance your avian knowledge at the Pakshipathalam Bird Sanctuary

The Pakshipathalam Bird Sanctuary has captured the awe of every bird and nature enthusiast who has been to India. It is one place where you can sight several species of birds that are found in South India. Virgin forests, streams and hills provide the perfect ecosystem for birds and are one of the most important breeding grounds. 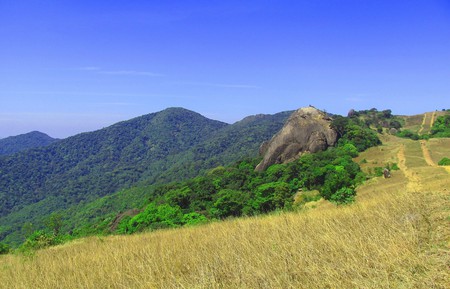 Immerse yourself in nature at Kuruva Dweep

Kuruva Dweep, or Kuruva Island, is a protected river delta comprising a cluster of islands on the Kabini River. The geographical peculiarities and ecological isolation from the mainland have resulted in the creation of distinct habitats and sub-habitats of rare fauna and flora within the island. You can get onto the island via bamboo rafts and walk deep into the island to discover rare species of birds, orchids, flowers and trees. 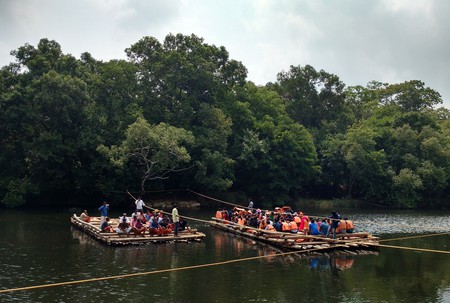 Wayanad is set high on the Western Ghats and is therefore dotted with many viewpoints, which offer some of the most fantastic views of the Sahyadri Mountains. The most wonderful sights can be caught from late September, after the monsoons have subsided, extending past the winter months until March, just before summer kicks in. These views will tell you why they are called the Nilgiris, or the Blue Mountains. Five must-visit viewpoints (vp) to delight the photographer in you are Lakkidi vp, Neelimala vp, Phantom Rock vp, Vayalada vp and Kaduvakuzhi vp.

Visit the various waterfalls around Wayanad

Mountain terrains always result in waterfalls and Wayanad is bestowed with very beautiful falls suitable for bathing. Some of the waterfalls have adjoining trails, which lead to the higher stages of the falls and enthusiastic travellers can trek and camp out of these not-so-often trodden trails. Six of the most beautiful waterfalls are Thusharagiri Falls, Soochippara Falls, Meenmutty Falls, Chethalayam Falls, Kanthanpara Falls and Makkiyad Meenmutty Falls. 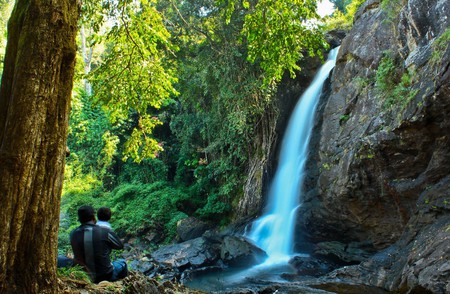 Learn the region’s history at the Wayanad Heritage Museum

Wayanad has been inhabited since prehistoric times. The petroglyphs at the Edakkal Caves have evidenced that humans inhabited the area during the Neolithic and Mesolithic age. The Wayanad Heritage Museum in Ambalavayal displays a rich collection of relics of ancient human civilisation and tribal artefacts. These exhibits stand in testimony of the fact that there had been an advanced civilisation in these mountains of the Western Ghats. 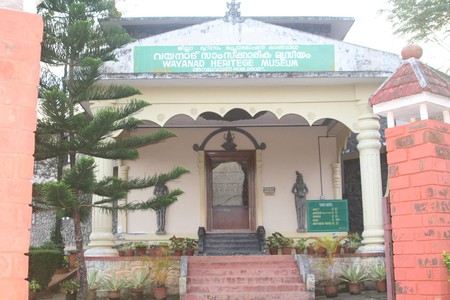 Uravu, an NGO based in Wayanad, has given value to local and natural resources, especially bamboo, by introducing skill-training for locals in bamboo processing and by establishing and marketing bamboo handicraft as a form of eco-tourism. It strives to empower marginalised indigenous people, traditional artisans and women. You can be a part of their movement by visiting them to educate yourself on their venture.

Wayanad is also the best place to shop for spices, essential oils and tea products for your family and friends. You’ll notice many shops all around Wayanad where you can buy these. Always shop for spices and oils from farms and learn about methods of differentiating between original and duplicates to avoid deception. 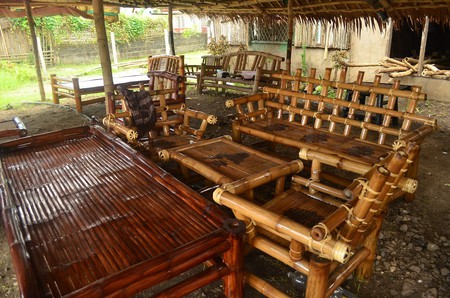 Other must-visits in Wayanad

Wayanad has many historic structures and ancient religious structures scattered about in its district. A few of them are must-visits due to their importance in the history of South India. These are namely the Pazhassi Raja Museum, the Thirunelli Temple, the Jain Temple near Sulthan Bathery, Pallikunnu Church, the Thrissilery Shiva Temple, Korome Mosque and Gurukula Botanical Sanctuary. 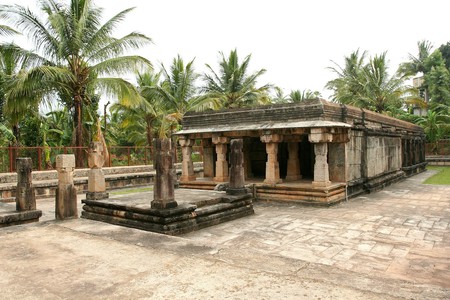