The Best Things to See and Do in Vellore, India 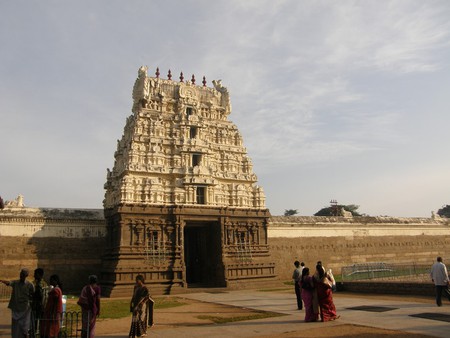 Tamil Nadu’s fort city of Vellore is often overlooked as a transit town on the important Bengaluru-Chennai Expressway. However, Vellore is a lot more than just a rest stop and can stand on its own as an important historical and cultural destination. With its array of temples, forts, institutions and other attractions, Vellore is definitely worth a visit. Here are the best things to see and do in Vellore.

The Vellore Fort is without a doubt Vellore’s most popular landmark and tourist destination that attracts a large number of visitors on a daily basis. The large fort covers an area of 133 acres (nearly 0.5 sq km) and is best-known for its high walls that stand at an altitude of 220 metres. The fort is counted as one of the best examples of military architecture in Tamil Nadu and features double walls with bastions overlooking a deep ditch moat that once housed nearly 10,000 crocodiles. Constructed in 1566 by the Vijayanagara Empire, possession of the fort changed several times with it coming under the control of the Bijapur Sultanate and the British imperial administration later in history. 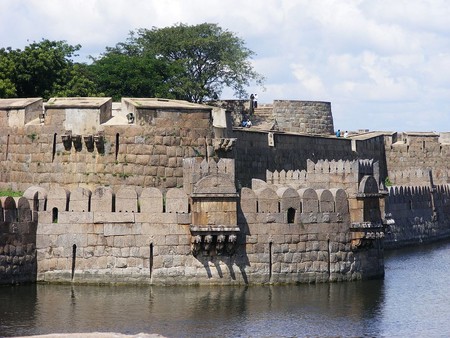 Located within the fort premises, Vellore’s Government Museum is a repository of history that reflects the rich and varied culture of this region. Open every day, the museum houses artifacts such as prehistoric tools, sculptures relating to Hinduism and Jainism and historic antiques belonging to important figures such as Vikrama Rajasinha, the last king of Sri Lanka who was imprisoned here in the early 19th century.

Located right on the border between Tamil Nadu and Andhra Pradesh, the Koundinya Wildlife Sanctuary is a large Asian elephant reserve measuring over 350 sq km. The sanctuary is located at a distance of just 50 km from Vellore and is popular for its population of nearly 78 Asian elephants and several other wildlife species including sloth bears, wild boars, jackals, panthers, sambar deer and porcupines. The reserve is also home to the Kalyan Revu Waterfalls. 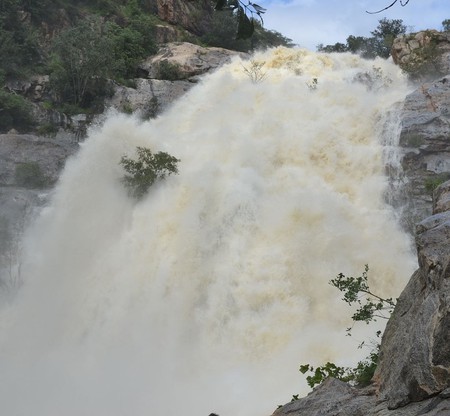 This relatively new park is one of the most visited green spaces in Vellore and is best known for its modern amenities that include a kilometre-long walking path, dedicated cycling spaces, skating courts and battery operated mini-bikes. Apart from its overall greenery, the park is also home to several species of birds such as guinea fowls, ostriches, ducks and parrots. The park opens at 6 am each day of the week.

While it’s often overshadowed by the Vellore Fort, the Sajra Fort in Vellore’s Saidapet is counted among the most picturesque destinations to visit in the city. While the fort is in near ruins, it boasts of some of the best panoramic views of the city. Located atop a hillock, the fort is also a popular sunset spot and attracts considerable crowds in the evening. The trek up to the fort is also known for its greenery and natural beauty.

Vellore’s popular Ambur Biryani is a must-try for anyone visiting the region as it is one of the most popular dishes in Tamil Nadu. Taking its name from the town of Ambur, located just a half-hour’s drive away from the city, the biryani is popular for its unique mix of South Indian and Nawabi cuisine sensibilities. Deriving its culinary identity from the kitchens of Arcot Nawabs, Ambur Biryani is distinct in taste as the ingredients and preparation from those in north India are cooked using seeraga samba, a very thin variety of rice. 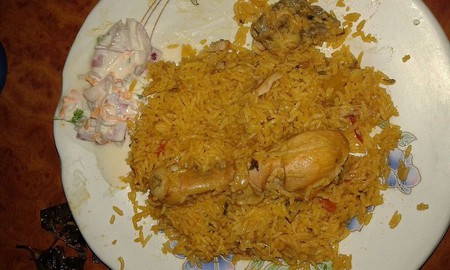 This relatively new temple located on the outskirts of Vellore has captured the imagination of the state thanks to its lavish construction. As its name suggests, the temple’s build features a large amount of pure gold, giving it a golden exterior. The temple’s main tower, in particular, is gilded with a mindblowing 1,500 kilos of pure gold, making it one of the most expensive temples ever built. In comparison, Amritsar’s Golden Temple features only 750 kilos of gold in total. The temple is dedicated to Lakshmi, the Hindu goddess of prosperity, and features exquisite carvings and designs laid out by artisans specializing in the gold craft. 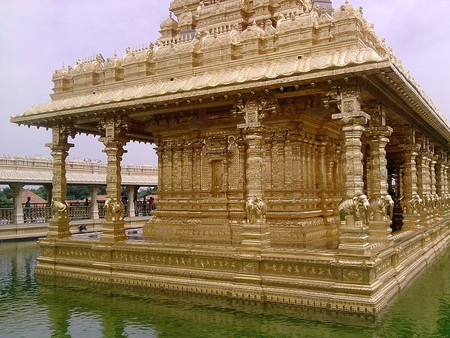 In terms of weight, the Sripuram Golden Temple has twice the amount of gold than the famous Golden Temple of Amritsar | © AG1707/WikiCommons
Give us feedback