The Best Things to See and Do in Tamil Nadu, India 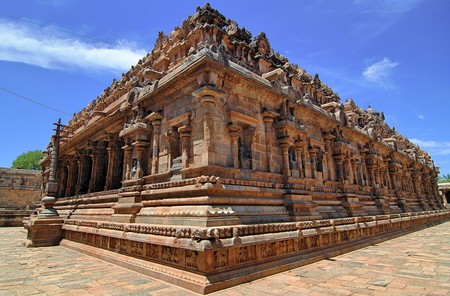 Tamil Nadu is renowned for its magnificent classical arts, music, literature, and temples. This southernmost state of India is also home to eight UNESCO World Heritage Sites, as well as some captivating hill stations and beaches. Here are some of the best things to see and do in Tamil Nadu.

Witness the meeting of modernity and tradition in Chennai

Formerly known as Madras, Chennai is the capital of Tamil Nadu, and one of the largest cultural and economic centres of India. With evidence of settlements from as far back as the prehistoric era, Chennai is one of the longest continuously inhabited places in the world. The city is dotted with temples, churches, historical monuments, ashrams, and some of the best beaches in the state. 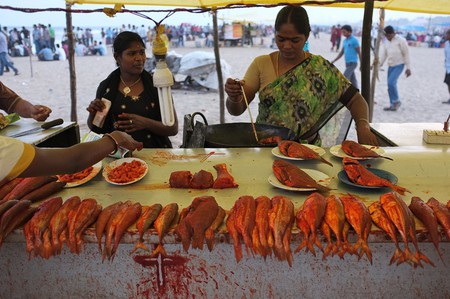 Relax in the hills of Kodaikanal

A classic hill station, Kodaikanal is a great getaway in South India. It has one of the coolest climates of the hill stations in the Western Ghats, making it an ideal summer getaway. It offers some spectacular, mist-laden viewpoints. It’s an ideal destination for every kind of traveller, including backpackers, families, and honeymooners. It is also a haven for trekkers and campers. 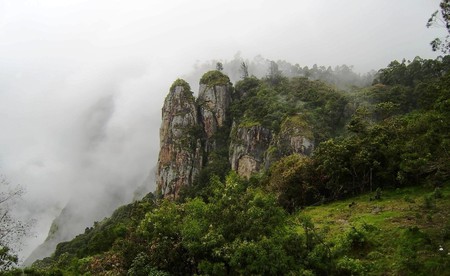 Take a dip in the Hogenakkal Falls

Hogenakkal Falls, on the Kaveri River, gets its name from two Kannada words: hoge (smoke) and kal (rock). So, it literally translates as ‘smoking rocks’. The force of the water hitting the rocks breaks into droplets that appear like a cloud of smoke. It is one of the most visited natural attractions in the region. It’s possible to take coracle (round wicker boat) rides to the foot of the falls, dip in the cool waters, and eat freshly caught fish fried in local spices. 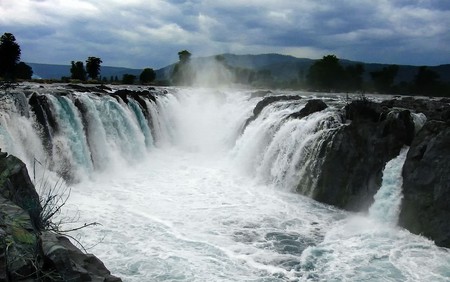 Visit the southernmost tip of India

Kanyakumari is the southernmost tip of peninsular India, surrounded by the Laccadive Sea on three sides. It has been a great centre of art and commerce for centuries, and has witnessed the rise and fall of all the major dynasties that have ruled South India. Tourists flock here to experience the matchless sunrises and sunsets every day. It’s the only place in the country where both the rising and setting of the sun can be seen. 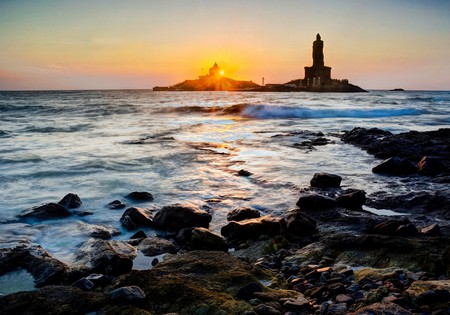 A cool getaway in the Blue Mountains

Udagamandalam, aka Ooty, is known as the ‘Queen of Hill Stations’ and is a popular retreat in the Nilgiri Hills. The Nilgiri Mountain Railway, a metre gauge railway that takes travellers from Mettupalayam to Ooty via Coonoor, offers mesmerising views of the Nilgiri Hills. Other things to do here include boating on Ooty Lake, visiting Stone House, the Botanical Gardens, nature walks (Dolphin’s Nose, Kalhatti Falls, Doddabetta Peak), trekking to Droog Fort, and visiting many view-points and waterfalls. 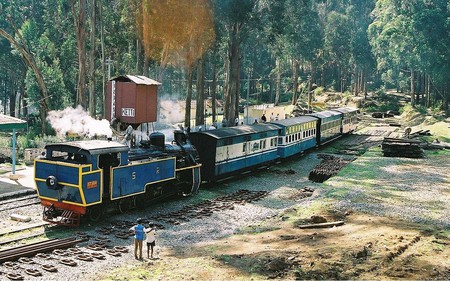 Pongal is the most important festival for the Tamil people. It is a four-day harvest festival celebrated across Tamil Nadu. The major event during the festivities is Jallikettu, a bull taming contest, celebrated on Maattu Pongal, the third day of the festival. Maattu means cattle in Tamil, and Maattu Pongal is dedicated to cattle, celebrating their role in agriculture.

Explore the architectural grandeur of the state

Tamil Nadu is a museum of temples built in various South Indian architectural styles collectively called Dravidian, which flourished for over 2000 years. Ancient texts from as early as the 5th century CE have been found that elaborately describe the science of design, construction techniques, art and sculpture of temple construction. The state is home to many exquisite temples with intricate carvings and fantastic sculptures. A few of the most astounding ancient temples of Tamil Nadu are Brihadeeshwarar Temple, Airavateshwarar Temple, Kailasanathar Temple, Thiruparthikundram Jain Temple, and Meenakshi Amman Temple. 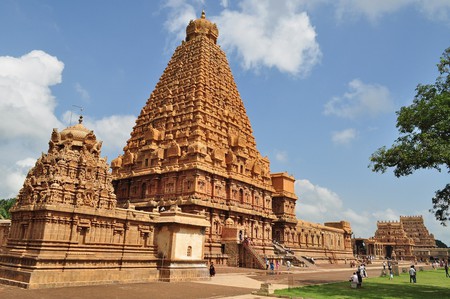 Explore the windswept remnants of Rameshwaram

Legend has it that on the advice of Varuna, Lord of the Seas, Lord Rama supervised his army of Kishkinda warriors to build the Ramsetu Bridge, which took him and his army from Rameshwaram in India to Sethu Karai in Sri Lanka. The journey was to rescue Lord Rama’s wife Sita from her abductor, Ravana, who ruled Sri Lanka. Rameshwaram is one of the holiest places in India, and has remnants of the ancient temples still standing on the pearl white beaches, enduring the high waves and winds. 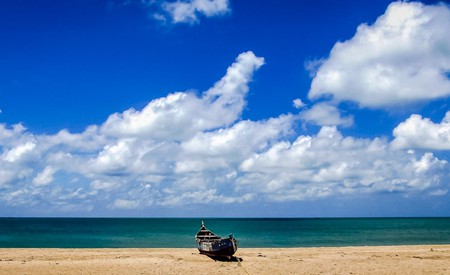 A beach with fantastic clouds near Dhanushkodi | © M.Mutta / WikiCommons

Experience an alternate lifestyle at Auroville

Auroville is an experimental township in Pondicherry founded in 1968, with an objective to form a universal town where men and women live in peace and harmony irrespective of nationality, creed, and other differences. The township is the culmination of a resolution taken to materialise the vision of Sri Aurobindo, and thus create an environment conducive to awakening the goodwill in humans and bring like-minded people together to form a community based on sharing with and caring for each other. 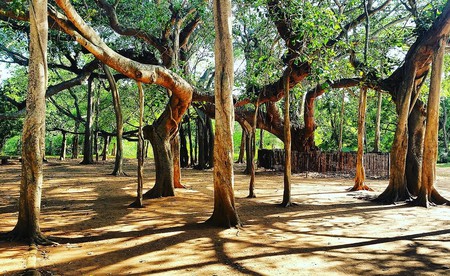 Established in 1940, Mudumalai National Park was the first of its kind in South India, situated on the banks of the Moyar River. It was declared a tiger reserve recently, as part of the national tiger protection and conservation programme called ‘Project Tiger’. With an area of 321 sq. km (124 sq. mi.), it forms an important part of the Nilgiri Bioshepre Reserve. The Crested Hawk Eagle, the Crested Serpent Eagle, the Malabar Trogon, and the Malabar Grey Hornbill are spotted here, making it a must-visit for bird watchers and photographers. 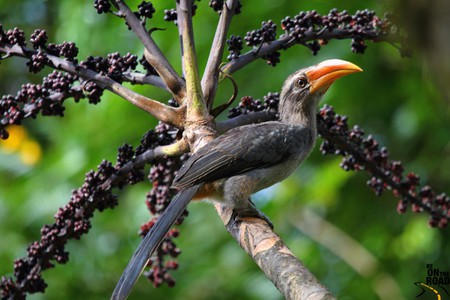 Find the gems of Pallava architecture at Mamallapuram

Mamallapuram is an invaluable treasure that lies next to the sea. A temple town, it was also a port in the 1st millennium CE. Littered with ancient architecture, it is a UNESCO World Heritage Site. It is most famous for its rock-cut and shore temples that have been built around themes from the epics Mahabharata and Ramayana. With great waves, the place is ideal for all forms of surfing throughout the year, too. 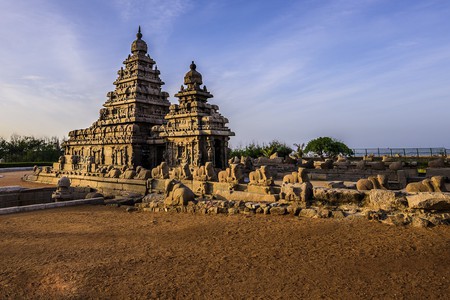