The Best Things to See and Do in Kolhapur, India 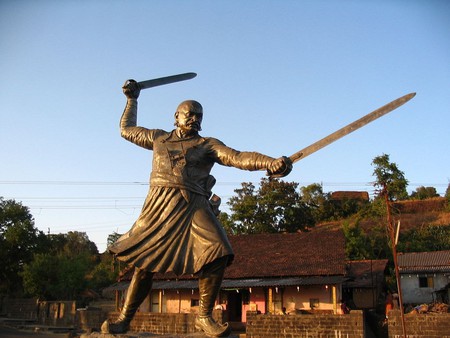 The town of Kolhapur in Maharashtra is often identified by its most famous product, the Kolhapur Chappals. However, there is a lot more to this historic town than just its identity as an industrial centre. From temples and markets to famous landmarks, here are the best things to see and do.

Back in the days of the Maratha rule in the region, Panhala Fort was one of the most important and strategically crucial forts in South West India. An amazing repository of history and one of Kolhapur’s most popular attractions, the fort is today a ready reminder of the glory days of the Maratha kingdom. Constructed in the 12th-century, the fort features a number of unique and important structures such as the Teen Darwaza, Konkan Darwaja, Andhar Bavai (the hidden well) and the Kalavanticha Mahal (the courtesan palace). 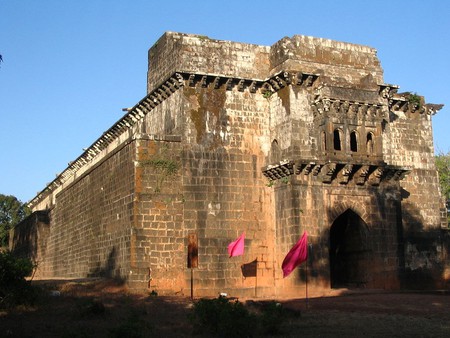 What the Kolhapur Zoo lacks in size it easily makes up for in terms of greenery and picturesque views. This tiny lakeside wildlife attraction is easily one of the most underrated places in Kolhapur and is located right by the New Palace Lake, a beautiful water body in the centre of the city with well-defined boundaries and seating areas. This open zoo is part of the New Palace Complex and is particularly popular for its avian exhibits that include migratory birds such as flamingos, emus, and peacocks, along with a large number of species of deer. 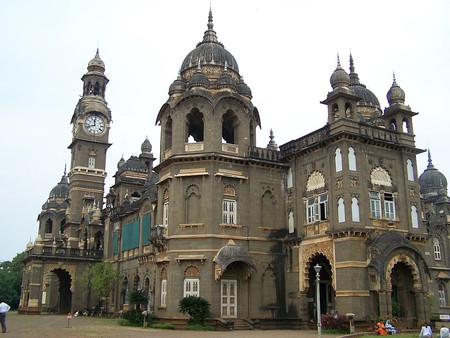 Rankala Lake is easily the most-recognisable tourist attraction in Kolhapur and counted among the most picturesque places to visit in the entire district. This large lake is located right in the centre of the city and is a popular hangout spot with well-maintained walkways and seating areas lining the popular Rankala Chaupati promenade. The lake’s boundaries are surrounded by nearly a dozen different gardens and green spaces, of which the Rankala Silence Zone, Padpath Garden, and New Garden are of particular note. 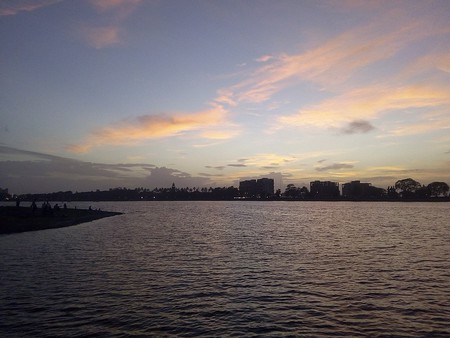 Kolhapur is an industrial town that is popular for, among other things, its leather goods. And the best place to find authentic Kolhapuri leather goods within the city is the Shivaji Market. The market is home to small and big shops selling all kinds of leather goods from jackets and shoes to the famous Kolhapuri Chappals, a trademark product of the district.

Kolhapur’s spicy cuisine is popular all across Maharashtra and is a must-visit. The cuisine’s most popular dish is the Veg Kolhapuri Curry that is a standard fare in nearly all north Indian and Maharashtrian restaurants in the country. The cuisine is also popular for its chicken curry and seafood preparations. Among the best places to try authentic Kolhapuri dishes in the city are popular restaurants such as the Phadatare Misal Kendra, Dehati, and Patlacha Wada. 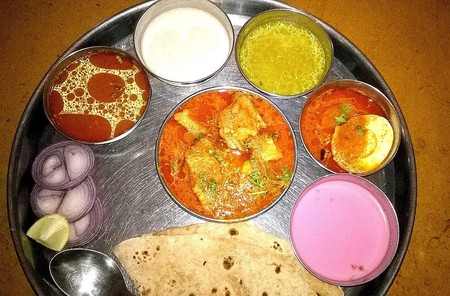 The Siddhagiri Gramjivan Museum is a one of a kind museum that captures the village life of Maharashtra before the Mughal empire. This unique museum accurately depicts almost all aspects of local village life through life-size replicas of residential hutments, traditional farm utilities, and village shops such as goldsmith, traditional medicine centres, public water well, barber shop, and temples. This large seven-acre complex is located at the Kaneri Math and built around the famous Moola-Kaadsiddheswar Shiva temple. 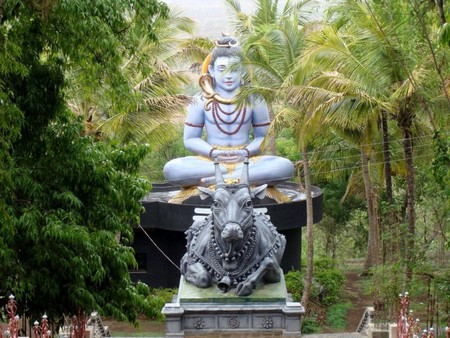 Popular for being one of the 108 auspicious Shakti Peethas of Hinduism, the Kolhapur Mahalakshmi Temple draws hundreds of devotees on a daily basis from all over the state and beyond. The temple is particularly of note for its connection to Hindu mythology and the several lores surrounding it. Its actual history dates back to the 7-8th century AD, with credit for its construction going to the ancient Chalukya dynasty. A common myth associated with the temple is that the presiding deities of the temple will never forsake their seat in the shrine even during the Maha Pralay, which is the equivalent of the apocalypse in Hindu eschatology. 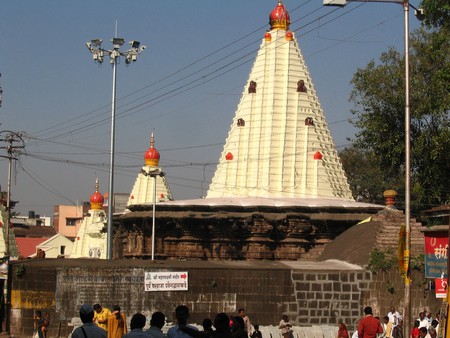