The Best Things to See and Do in Kochi, Kerala's Colourful City 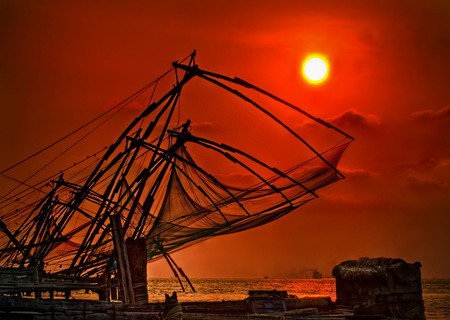 Famously known as the ‘Queen of the Arabian Sea’, Kochi is a quaint port city on the south-west coast of India, standing at the crossroads between old-world and cosmopolitanism. Testament to the inherent charm of Kochi is its perennial significance in India’s history, luring the Portuguese to colonize it as early as 1503. Subsequently, Kochi enjoyed prominence during Dutch and British colonialism, the remnants of which, remain to this day. That said, the tourism industry boasts a bunch of exciting things to see and do in the colorful city of Kerala, rest assured to make your day.

Apart from being the largest artificial island in India, Willingdon Island is an aesthetic setting in itself. The island harbors a host of administrative buildings, some of them tracing back to British colonialism in India. Not to mention, the construction of the island is attributed to one Lord Willingdon, erstwhile Governor of Madras Presidency. Kochi’s hospitality industry has set up some fine hotels on Willingdon Island, luring hordes of tourists all year round. 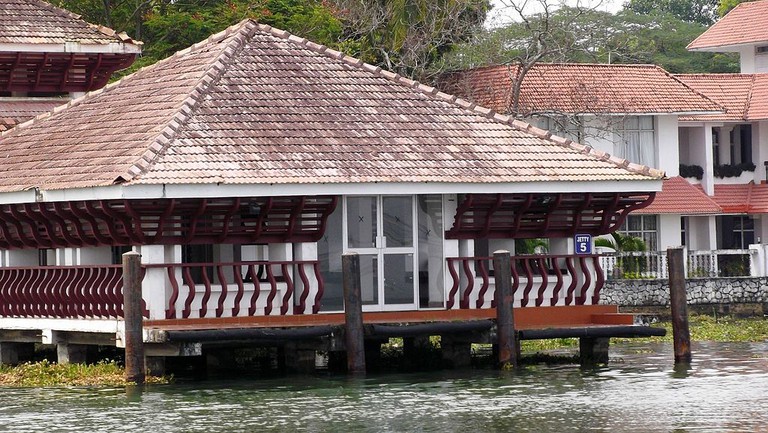 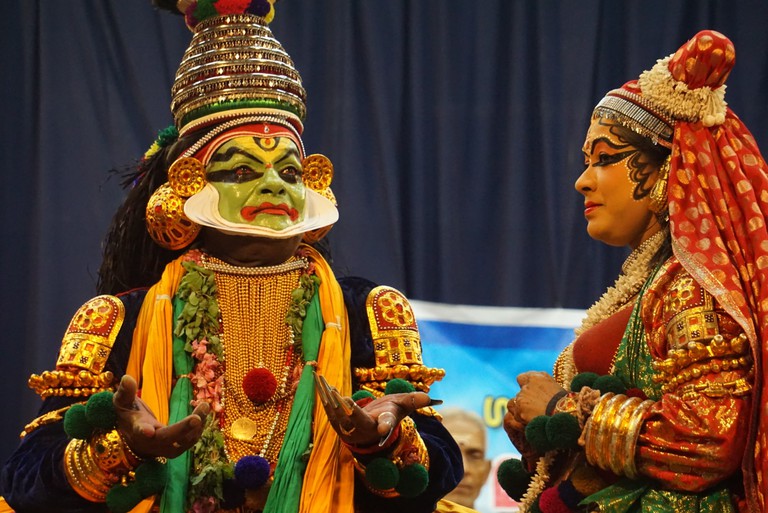 The Kerala Kathakali Centre was founded in 1990 | © Charishma Thankappan
Classical Indian dance forms can have an enchanting effect on the spectators and Kathakali—Kerala’s dance-drama—is no different. A performing arts theater in Kochi, Kerala Kathakali Centre, is at the forefront of dance and martial arts, treating its patrons with captivating performances since 1990. Kathakali dancers undergo years of rigorous training that manifests during the performances through delicate facial expressions, aggressive movements and occasional nonchalant dialogues.
Open In Google Maps
KB Jacob Road, Fort Nagar, Fort Kochi Kochi, 682001, India
+914842215827
Visit Website
Give us feedback 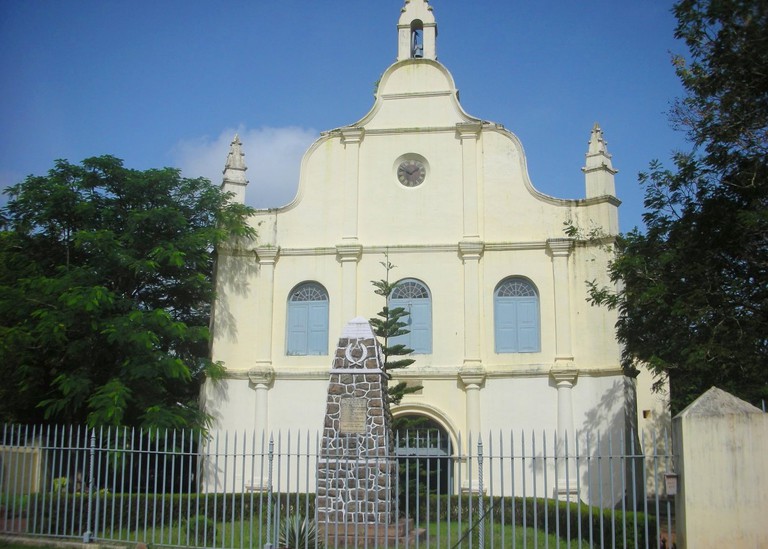 Vasco da Gama’s remains were returned to Portugal 14 years after his death | © Chanthujohnson / WikiCommons
India’s tumultuous history needs no introduction. It’s safe to say that colonialism changed the course of the country entirely, if not for the better. However, colonialism had its perks too, at least as far as the architectural remnants are concerned. St. Francis Church in Kochi is perhaps one of the most celebrated souvenirs of Portuguese presence in the Indian subcontinent. Although unassuming in architectural front, St. Francis Church’s significance is abundant as it was legendary explorer Vasco da Gama’s graveyard briefly, until the Portuguese saw him too dear to be buried on foreign soil and took his remains to Lisbon.
Open In Google Maps
St Francis Church Road, Fort Kochi Kochi, 682001, India
+914842217505
Give us feedback 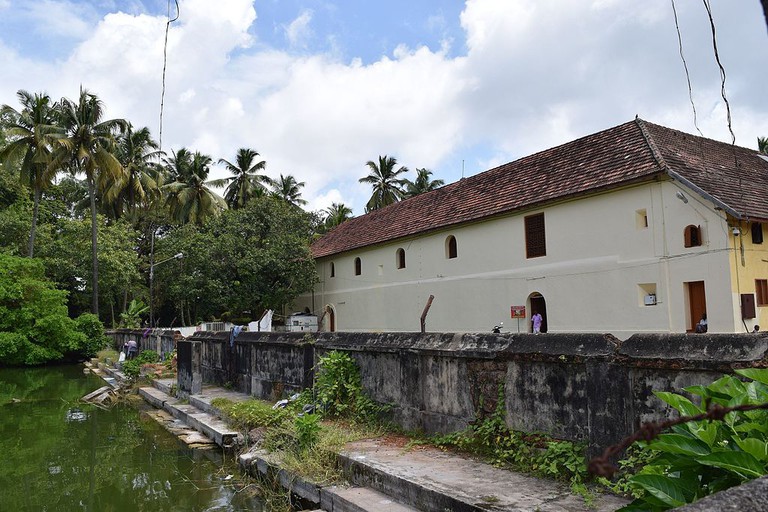 Mattancherry Palace
The Portuguese built a modest Mattancherry palace and gifted it to the erstwhile local ruler as a sign of goodwill. Later on, due to the power shift, the palace fell into the clutches of the Dutch. Mattancherry Palace was subject to subsequent renovations, further earning a nickname, Dutch Palace. As it stands today, Mattancherry is a popular tourist destination, home to some of the most exotic murals that depict the grandeur of the bygone era.
Open In Google Maps
Mattancherry Kochi, Kerala, 682002, India
+914846068716
Visit Website
Give us feedback

The primary attraction of Kochi is the extensive use of Chinese fishing nets by the local fishermen, which are otherwise indigenous to China. Legend has it that these fishing nets were a gift from a Chinese emperor to the then ruler of Kochi, but caught on with the fishermen through centuries. Fishing nets lined up beside the seaside promenades are a sight which is appealing and distinctive to Kochi. 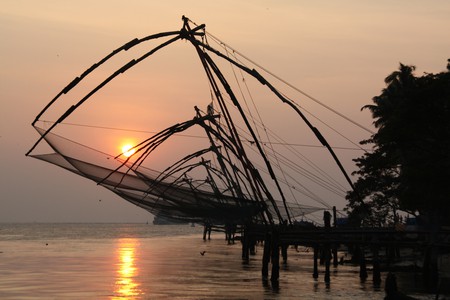 Synagogue
Facebook
Email
Twitter
Pinterest
Copy link
Share
Map View
The genesis of Jewish settlement in India can be traced back to Kochi and the presence of Paradesi Synagogue further strengthens the notion. Paradesi Synagogue is supposedly the oldest active one in the entire Commonwealth, let alone the Indian subcontinent. The opulent structure came into existence in 1567 and it’s been operating ever since. Paradesi, meaning foreigners, is a sobriquet corresponding to the non-native status of the first of the Jews in India. However, with the passage of time, Jews have found a niche in India, especially in Kochi where they have an entire namesake town attributed to them.
Open In Google Maps
Synagogue Lane, Jew Town, Kappalandimukku, Mattancherry Kochi, Kerala, 682002, India
+9118004254747
Visit Website
Give us feedback 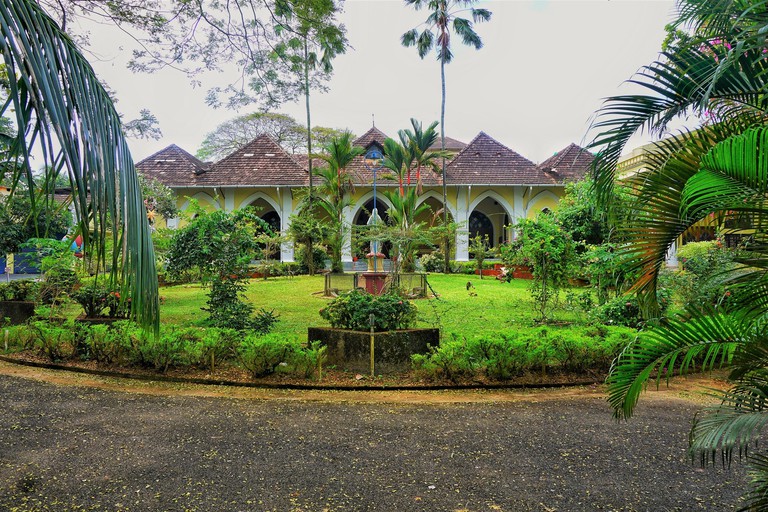 Marine Drive is a idyllic stretch overlooking the backwaters that beautifully encompass the city of Kochi. To top it all, sunset cruise rides are on offer. When the sun begins to descend, you can go on a cruise ride on the scintillating waters that beautifully reflect its golden hues. As the twilight draws to a close, cruise back to the bank having experienced the best Kochi had to offer. 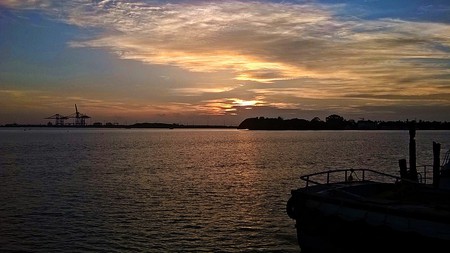 Kerala has an array of admirable features, but it stands out in the field of Ayurveda — an ancient medical science indigenous to India. Even Kochi, for instance, features a good few Ayurvedic spa and healing centers to get acquainted with the world of alternate medicine. Ayurveda is garnering widespread notice on a global level and Kerala is undisputedly at the forefront of the burgeoning industry. 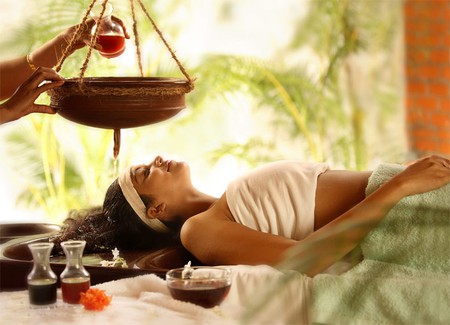 The eccentric cuisine of Kerala is dominated by the seafood for obvious reasons. Additionally, savories such as appam and thoran too are liked by tourists and locals alike. A Malabar restaurant, Paragon, in LuLu Mall of Kochi comes recommended by many epicureans. Also, Kochi doesn’t disappoint when it comes down to continental restaurants, catering to the diverse preferences of the tourists. 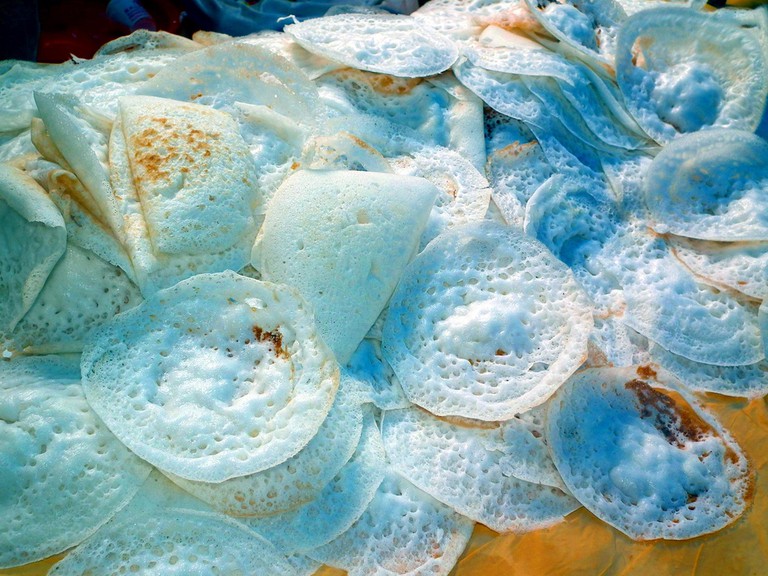