The Best Things to See and Do in Jabalpur, India 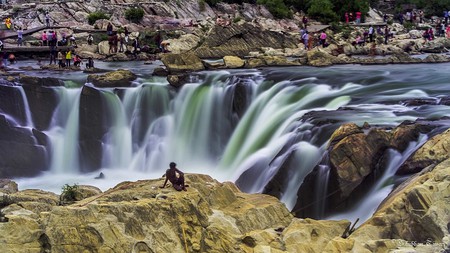 With interesting attractions to see, Jabalpur is one of the most important cities of Madhya Pradesh, best known for white marble and stone crafts. If you’re looking for a comfortable holiday destination in the state, Jabalpur is the place to be. Here are our favourite things to see and do in Jabalpur.

This stunning waterfall at Bhedaghat, is one of the top attractions of the city. Due to the bouncing mist created by the plunging waters of river Narmada, this fall is called Dhuandhar Waterfall. Known to be the most beautiful waterfall of Madhya Pradesh, it has tourists and locals flocking to it during the holiday season. Besides the picturesque view, you can also enjoy a cable car ride at Bhedaghat (if you aren’t scared of heights). 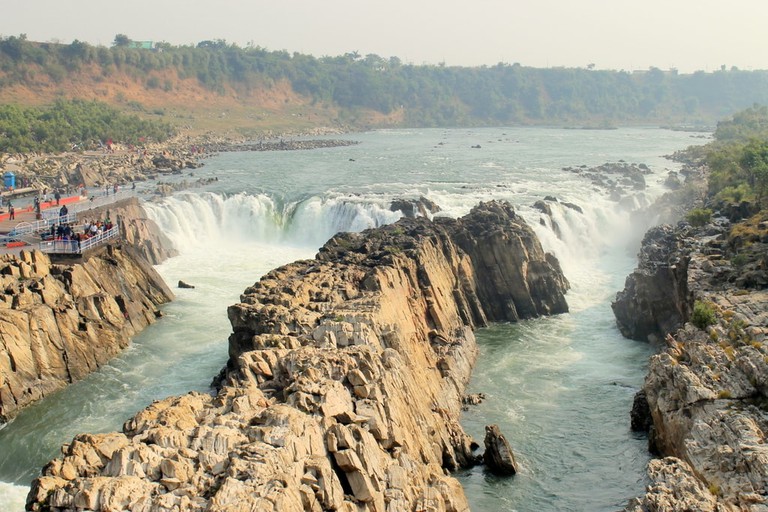 The breathtaking view of river Narmada flowing between large white marble rocks looks like something straight out of a movie. The sight becomes even more enchanting on full moon nights when these white marble rocks become illuminated. To get a closer look you should treat yourself to a boat ride. The soothing atmosphere and the sound of slow running river water, is undeniably uplifting.

These marble rocks are pretty special, and that is why they’re sent all over India. They’re often used to create idols and other stone crafts.

This is an ideal place in Jabalpur for bird watching and water sports. You can enjoy speed boating, paddle boating and water scooters. If you visit the dam during the evenings, then you can also witness the picturesque sunset view. Another interesting thing to see here is the statue of Goddess Mahakali, which is 103 feet tall.

This natural attraction is astounding. India has two such balancing rocks, one is at Jabalpur, and the other one is at Mahabalipuram. It is said that Jabalpur’s balancing rock has even survived an earthquake of 6.5 magnitude. You’ll find this on your way to the Madan Mahal Fort. 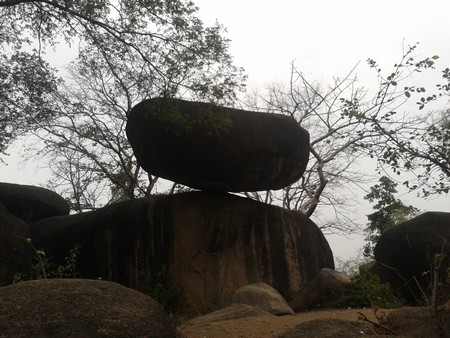 Jabalpur also has a bit of history to offer. Madan Mahal Fort is an 11th century fort which was earlier used as a watchtower. If you climb on top of the fort, you get to see an amazing view of the city and the countryside. 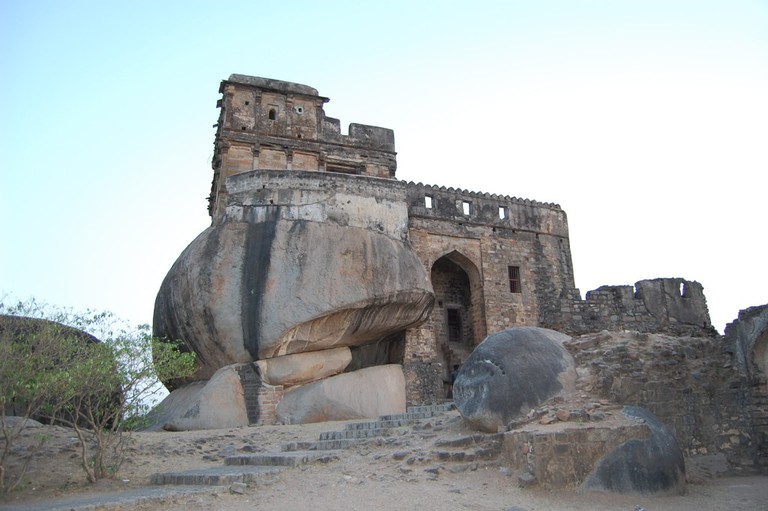 When you go downhill from the Madan Mahal Fort, you’ll come across this beautiful lake called the Sangram Sagar Lake. Also a famous bird watching site, the lake is a relaxing location, away from the bustle of the city, to spend some quiet time amid nature. You can also find a good number of fishes and other aquatic creatures here.

This is a popular Jain temple in Jabalpur; its main attraction being an alluring idol of Lord Adinatha made of pitch black stone. It is built alongside a popular lake called Hanumantal, hence the name. The environment around is quite charming. The temple looks more like a white palace and has 22 shrines inside. 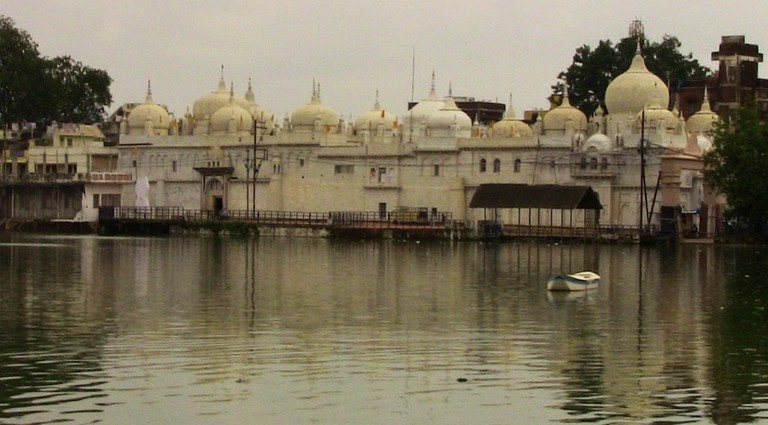 Built atop a hill near Bhedaghat, Chausath Yogini Temple is a 10th century shrine known for its historical significance. To reach the temple, you’ll have to climb 108 steep steps. It is a circular complex which has numerous images and sculptures depicting the rule of three kingdoms, namely Kalachuri, Gupta and Kushana. 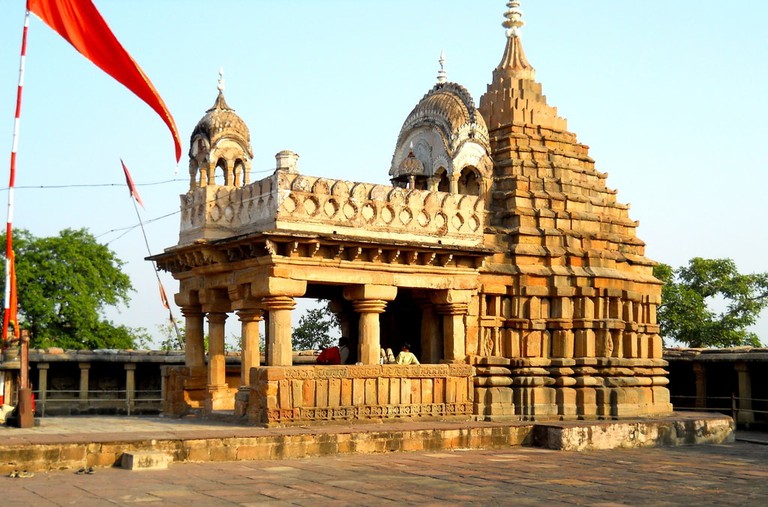 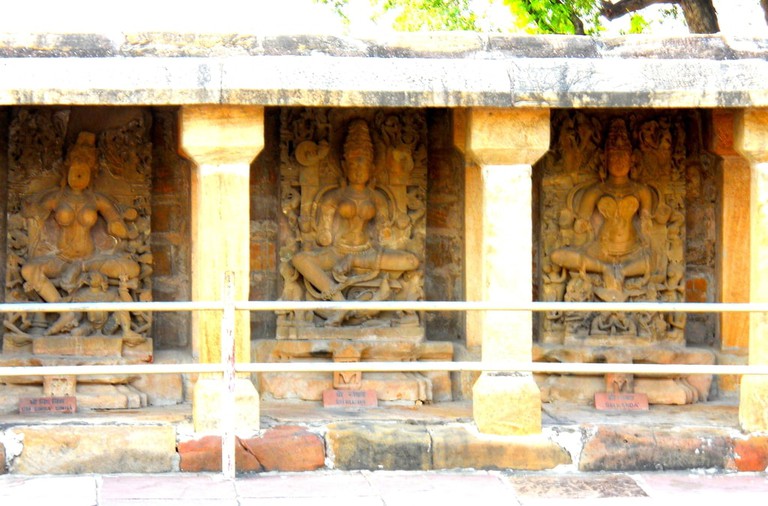 Gwarighat, along the sacred Narmada river, is situated a one-hour drive away from Jabalpur. It is an important pilgrim site as it has a Gurudwara, popularly known as Gurudwara Gwari Ghat Sahib; a Jain temple; Shri Ramlala Mandir and Ganesh Mandir. There’s a Maa Narmada temple too; half of the temple always remains submerged in the Narmada river water. 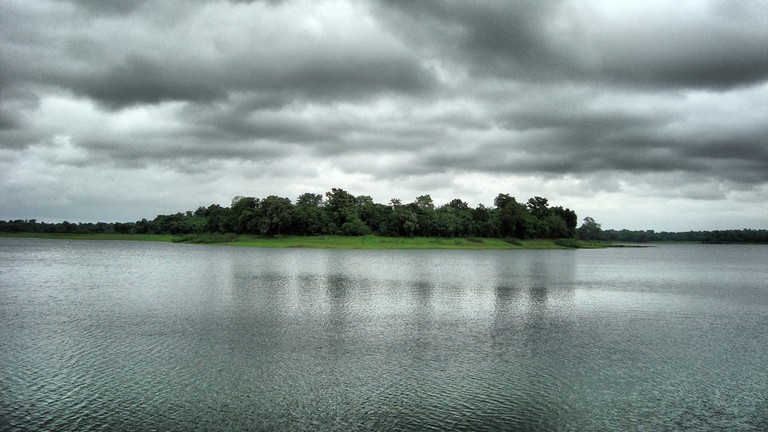 Dumna Nature Reserve, Jabalpur | © Sandeep Shukla/Wiki Commons
This nature reserve is located on the outskirts of the city, near the airport. It is a popular family tour destination, and has a variety of plants and animal species like leopards, jackals, porcupine, wild boar, and a number of migratory birds. There is a restaurant and a children’s park too.

Kachnar City is a newly evolved part of Jabalpur, and has a huge (approximately 23 meters high) statue of Lord Shiva in sitting position. It is one of the tallest statues of Lord Shiva in India in this posture. Tourists that come to Jabalpur, visit Kachnar City and this statue too. So make sure it’s there on your list too. Visit the statue during the evening, as then you’ll also get to witness the evening aarti. 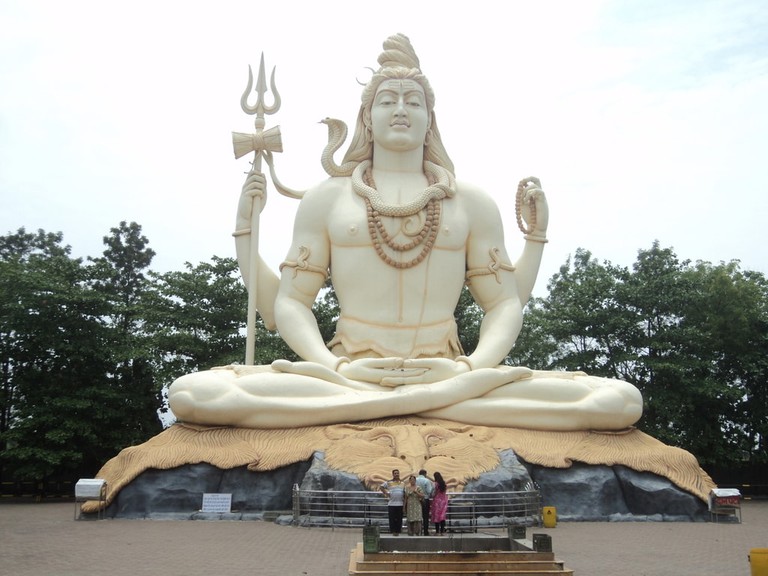 Museum
Facebook
Email
Twitter
Pinterest
Copy link
Share
Map View
History lovers will love visiting Rani Durgavati Museum as it has a number of prehistoric treasures from the ancient era. The museum reflects the rich cultural heritage of the city. It also houses a good collection of medieval sculptures and a letter written by Mahatma Gandhi. There’s an Adivasi (Tribal) cultural gallery too that tells you about these early people.
Open In Google Maps
Napier Town Jabalpur, Madhya Pradesh, 482002, India
Give us feedback
Give us feedback