The Best Things To Do in Delhi 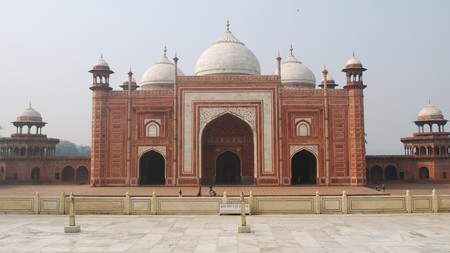 The Jama Masjid, built during the Mughal Empire, is one of the largest Mosques in India | © Rosa Rendtorff / EyeEm / Getty Images

Built over the ruins of seven ancient cities, Delhi has more to see than will fill a lifetime. Packed with stupendous sights, the city can easily overwhelm, so here’s our pick of the best ways to spend your time in India’s captivating capital.

Dotted around the streets of this teeming metropolis are magnificent mausoleums, fantastic fortresses, magical museums, terrific temples and mesmerising markets, plus the landmark locations for a dozen pivotal events in Indian history. Indeed, it’s hard to walk more than a few blocks in Delhi without stumbling across another historical ruin or ancient treasure.

To help you make the most of your time in Delhi, here is our pick of the top things to see and do in India’s captivating, crowded capital.

The whole of Shahjahanabad, the medieval city founded by the emperor Shah Jahan, is one big marketplace, bustling with mercantile activity from dawn to well after dark. Starting on the crowded thoroughfare of Chandni Chowk, duck into busy bazaars where whole streets are devoted to the sale of spices, wedding turbans, coloured tikka powder, handmade kites, wrapping paper, steel tiffin pots and temple statues. This is shopping as a spectator sport, so pause at a food stall and watch the commotion over a paper plate of Delhi’s famous Dilli ki chaat (street food). 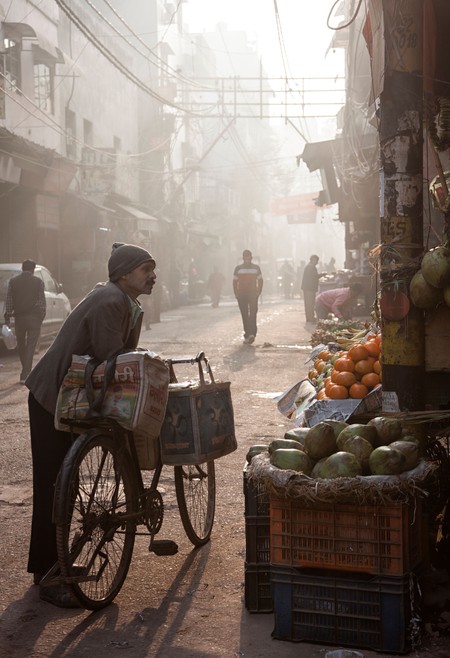 Roam around the Red Fort

The focal point of Mughal Delhi, the magnificent Red Fort, rises above the old city like an elemental exclamation of Mughal power, executed flawlessly in red sandstone. This was where Shah Jahan ruled from his gilded Peacock Throne and where the last Mughal Emperor, Bahadur Shah II, enjoyed the twilight years of his reign, before being exiled to Burma for his role in the First War of Indian Independence. Inside, visitors can wander through the airy arcades where traders once plied goods to members of the royal household, and the column-framed Diwan-i-Khas, where the emperor received members of the public deemed worthy of his presence. In one corner of the compound, the delicate, marble royal apartments are divided by intricate fretwork screens and ingeniously cooled by a water channel known as the Nahr-i-Bihisht (Stream of Paradise). 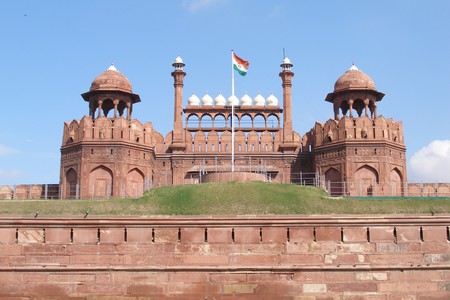 Pick up arty nicknacks in Hauz Khas and Shahpur Jat

South of the old and new cities, the ruins of Siri, the third ancient city of Delhi, have been consumed by the urban sprawl, but Siri’s tombs, mosques and madrassas pop up unexpectedly among the shops and cafes of Hauz Khas and Shahpur Jat, Delhi’s favourite urban villages. Spilling into the forest on the edge of Alauddin Khilji’s imperial reservoir, Hauz Khas is a buzzing enclave, where shops selling sleek wedding wear and urban fashions are squeezed against caffeine-worshipping cafés, independent eateries, and bars devoted to India’s burgeoning range of craft beers. A short auto rickshaw ride away on the east side of Sri Aurobindo Marg, Shahpur Jat is Hauz Khas’s up-and-coming cousin, stacked with boutiques selling contemporary couture and interior-design-friendly arts and crafts. 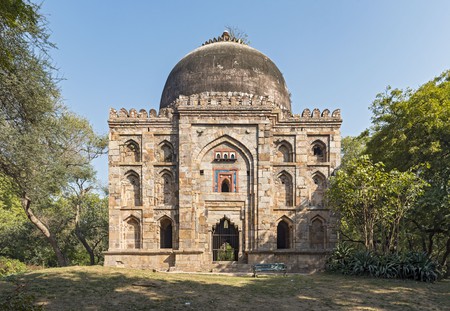 Tomb hop around Nizamuddin and the Lodi Garden

Delhi’s most famous mausoleum – the towering tomb of Humayan – was said to be a dry-run for the architectural perfection of the Taj Mahal, but there are dozens more mausoleums tucked into the side streets of Nizamuddin Basti and Lodi Colony. After admiring the graceful contours of the final resting place of the second Mughal emperor, and exploring the lovingly restored Mughal gardens of Sunder Nursery, duck into the alleyways of Nizamuddin Basti to find the revered tomb of the Sufi saint Nizamuddin Auliya, which hums with pilgrim activity day and night. Catch it at its best in the evening, when the compound resounds to the haunting refrains of qawwali (devotional singing). A short stroll west will take you to Lodi Garden, a popular public park studded with the tombs of Delhi’s Lodi dynasty rulers, and the gratifyingly quiet Tomb of Safdarjung, built in 1754 for the Nawab of Oudh. 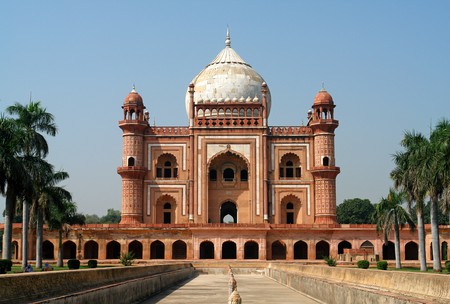 Of all Delhi’s historical cities, ruined Mehrauli is perhaps the most evocative. Spilling outwards from the Qutb Minar, this vast expanse of time-scarred mosques, mausoleums, madrassas and stepwells edges into dry forests that twitter with bird life – the haunt of jinns (Islamic spirits) according to local legends. Start your explorations at the tidily excavated Qutb Minar complex, which includes both the country’s largest minaret and the first mosque built in India by conquerors from Central Asia. Most tour groups visit the Qutb and move on, so you’ll have a more serene experience around the corner in the Mehrauli Archaeological Park, a vast sprawl of ruins and restored monuments that melts into the forest. Must-sees include the tomb of Balban, featuring the first dome and Islamic arch constructed in India, the tomb of Maulana Jamali Kamali, with its lavishly decorated ceiling, and the still and silent Rajon Ki Baoli stepwell. 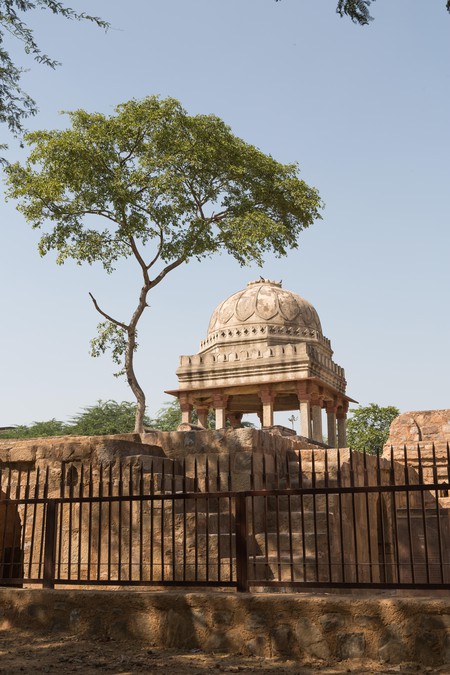 Join the pilgrims at Akshardham Temple

In a city dripping with medieval history, it seems strange to highlight a modern monument, but the Akshardham Temple is a testament to the fact that temple-building is very much a living art in India. Officially opened in 2005, the architecture of the ‘Abode of God’ draws from temple traditions from across India, with a strong leaning towards the lace-like ornamentation of Gujarat. The resulting temple is a vision in pink sandstone, supported by more than 200 intricately carved pillars, with a menagerie of stone elephants ringing its base. The temple is devoted to the 19th-century mystic Swaminarayan, and it enshrines a staggering 20,000 idols, matched on feast days by the eager crowds of pilgrims. 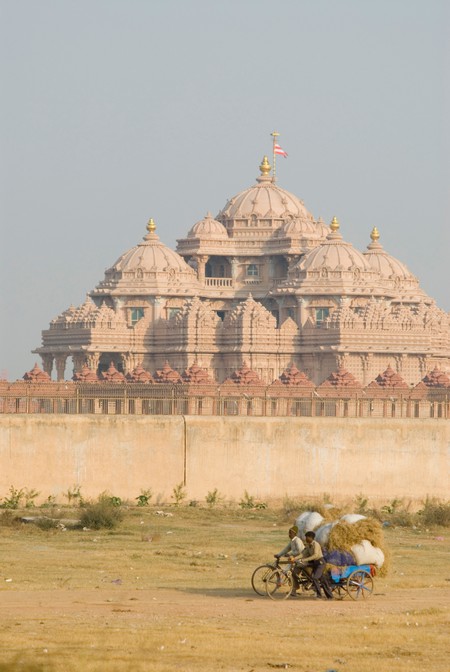 Enjoy a street food feast in the alleys of Old Delhi

Delhi is a feast for all the senses, but particularly the sense of taste. The street food in the old city is spectacular, and many of the most respected vendors ply their trade from modest, hole-in-the-wall food stands. On Chandni Chowk, Old Famous Jalebi Wala has been dishing out deliciously sweet whorls of fried dough since 1884. Around the corner, Gali Paranthe Wali is lined with small cafés serving Delhi’s best parathas (fried flatbreads) stuffed with a delectable variety of fillings from chillies to bananas. In the same area, locals swear by the dahi bhalla (fried lentil flour donuts in yoghurt) at Natraj Dahi Bhalla near Bhai Mati Das Chowk and the kachori (lentil stuffed fried bread) at Jung Bahadur Kachori Wala in the Maliwara market. 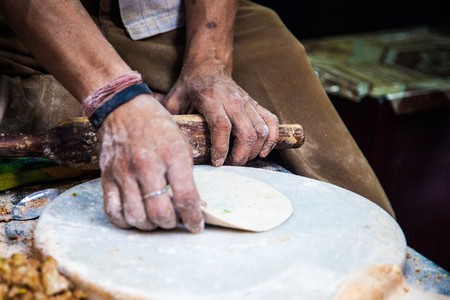 Many of the great Indian leaders who forged the nation lived and died on the broad boulevards of British-designed New Delhi; touring their former homes feels like walking in the very footsteps of history. Jawaharlal Nehru, India’s first prime minister, lived in the elegant Teen Murti Bhavan on Teen Murti Marg, just a block from his daughter, Indira Gandhi, who served two controversial terms before being assassinated by her bodyguards in the garden of her graceful home on Safdarjang Marg. A short stroll away, Gandhi Smriti is a poignant memorial in the Art Deco bungalow on Tees Jan Marg where Mahatma Gandhi was a guest on the day he was shot by a nationalist zealot in 1948. Northeast of New Delhi on the banks of the Yamuna River, the simple, but striking Raj Ghat memorial marks the spot where Gandhi was cremated, watched by some 2 million mourners. 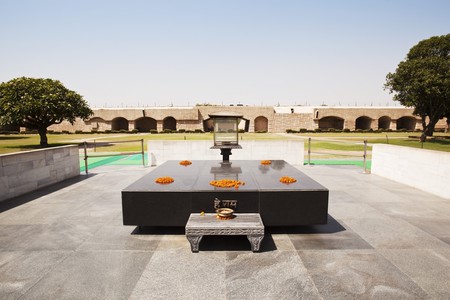 View Delhi from the minaret of the Jama Masjid

Built by the emperor Shah Jahan in 1658, Old Delhi’s magnificent Jama Masjid isn’t just the most iconic building in the old city, it also offers the best vantage point for looking out over the streets. Wander the vast courtyard, which has room for 25,000 worshippers, then duck into the narrow staircase to climb the southern minaret, emerging high above the tightly packed alleyways of medieval Delhi. On a clear day, you can see as far as Parliament House in New Delhi and across the Red Fort to the east bank of the Yamuna River, with the mosque courtyard laid out below you like an architect’s model. Watch for children flying diamond-shaped paper kites from the jumbled rooftops of Old Delhi. 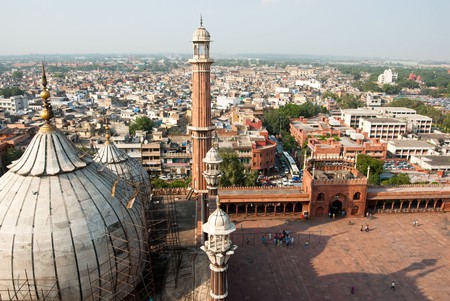 Drink a toast to Delhi

At the end of a frantic day of Delhi sightseeing, a cold Kingfisher beer or an iced cocktail is your well-earned reward. Travellers with big budgets gather in the elegant 1911 Bar at the landmark Imperial Hotel on Janpath, sipping sophisticated drinks amid murals of temples and tuskers. Hip twentysomethings head to Hauz Khas, where Hauz Khas Social serves the nation’s best craft beers in an industrial beer hall or out on the terrace. Travellers with a musical bent head south to Safdarjung Enclave, where the Piano Man Jazz Club serves up cool cocktails and suspended chords to an appreciative crowd. Teetotallers can skip all of the above in favour of High Tea at the Imperial, a Raj-style assortment of sweet treats and sandwiches, served with fine Darjeeling tea. 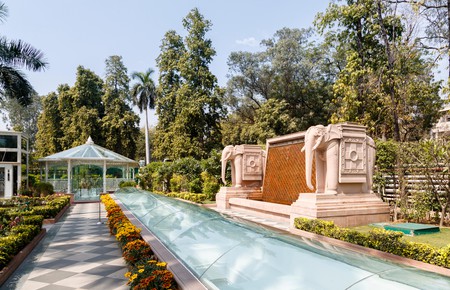