The Best Things to Do in Chennai's Adyar Neighbourhood 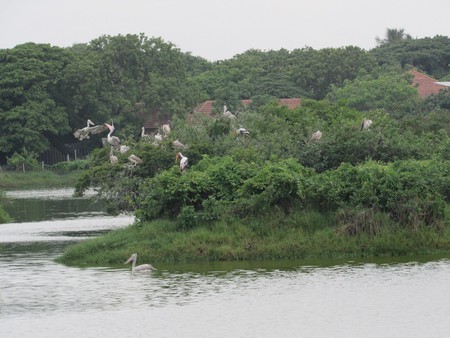 Migratory birds at the Tholkappiar Eco Park in Adyar | | ©Destination8infinity

Adyar is one neighbourhood that is quintessentially indicative of all that is great about Chennai, from age-old temples and colonial landmarks to its unique seaside charm and green cover. Located around the mouth of the Adyar River, one of Chennai’s two major rivers, this neighbourhood is a great mixture of natural splendour, tradition, and cosmopolitan culture. If you’re in Adyar, here are all the amazing things you can see and do.

The Theosophical Society Campus is Adyar’s most popular landmark in more ways than one. This sprawling campus in the middle of the city is just as well known for its intriguing history and heritage as it is for its lush greenery. It is home to several temples from oriental religions and is a premier institute for the study of spirituality. Located right along the Adyar Estuary, the presence of the Theosophical Society has largely been credited for making sure this fragile ecosystem has not been disturbed by development. Among the things to do in the Theosophical Society are visiting the Adyar Big Banyan Tree, a 450-plus-year-old specimen that is among the largest in the country and the Adyar Library and Research Centre, one of the world’s most important repositories of oriental spiritual literature. 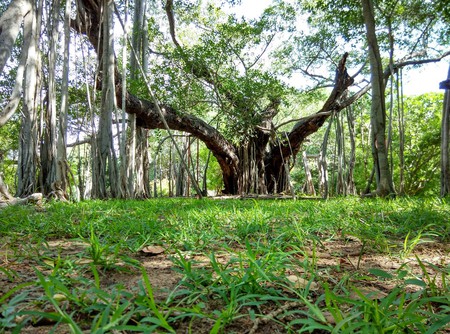 This offbeat destination is among the hidden attractions in Chennai and boasts of some of the best views of the Adyar River and the Bay of Bengal. Located right at the mouth of the Adyar Estuary, the Broken Bridge is a bridge that has fallen into disuse and is incomplete. It is used by youngsters and couples largely as a hangout spot and is a popular sunset point in the city. This age-old structure is often associated with horror stories and urban legends, and while it is perfectly safe to visit during daytime and evening, it is also notorious for being a den of anti-social elements post dark. 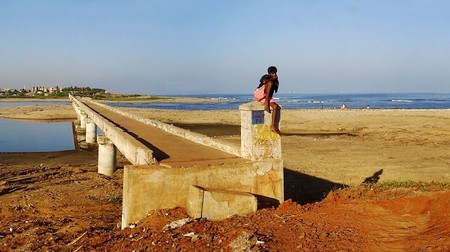 A view of MRC Nagar as seen from the mouth of Broken Bridge in Adyar, Chennai | ©PlaneMad/Wiki Commons

The Adyar Creek is counted among the few most fragile estuary ecosystems in the country and has remained largely untouched through the history of Chennai. However, in a measure to protect this ecosystem for the future, the Tamil Nadu Government named the estuary a protected area and started work on a mega eco-park surrounding it. And thus, in 2011, the government established what is now known as the Adyar Eco Park, or Tholkappiar Poonga. The park sprawls over an area of more than 358 acres and boasts of a vibrant fauna that includes over 10 species of mammals, 25 species of reptiles and amphibians, 90 species of birds and 30 species of fishes. Visits to the park are currently restricted to only certain areas, but the government has plans to beautify the entirety of the park confines. 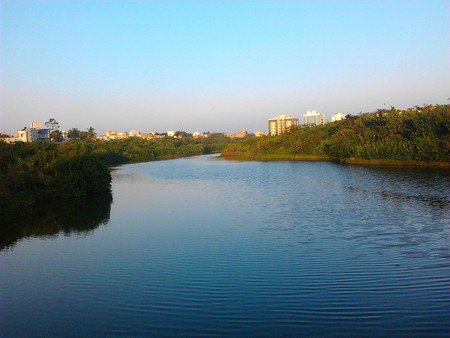 Being one of Chennai’s coolest neighbourhoods, Adyar boasts of a number of great food options, ranging from street food to fine-dining. Among the most popular food spots in the area are That Madras Place, which is known for European and Italian cuisine specialities, Cleo’s Grill and Cafe for grills and BBQs, and Adyar Ananda Bhavan for quintessential south Indian dining. Adyar is also home to Azzuri Bay, one of Chennai’s best-known rooftop restaurants and is popular for its Chettinad and seafood fare.

Established in the year 1988, the Birla Planetarium is among only three such large planetariums in the country and is an important science education centre for the general public. The Planetarium boasts of exhibits, models and other materials relating to several fields of space science and is most famous for its large dome that gives visitors a virtual experience of the night sky. Its exhibits are split into over eight galleries and the planetarium boasts of over 500 exhibits in total. 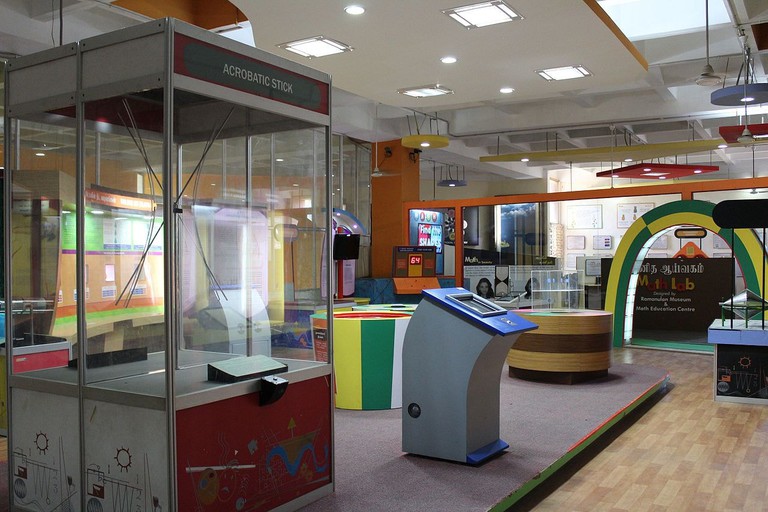 When it comes to desserts, Adyar really takes the ‘cake’ and has some great options that are popular across the city. Chief among these is the original Adyar Bakery in Gandhinagar, which is now a chain of more than 35 branches and is best-known for its unique tea-bar cake. Other great dessert options include Waffles Thru The Day, Cream Stone, and the Old Madras Baking Company.

While Adyar itself doesn’t boast of a great many nightlife options, it is surrounded by neighbourhoods such as Alwarpet, RA Puram, and MRC Nagar, which have some of the best-known pubs and bars in Chennai. The Velveteen Rabbit and Secret Society Bar in RA Puram are particularly popular among the city’s high-end crowd, while the Library Blu at Leela Palace and the Radio Room make for great dining-drinks options. 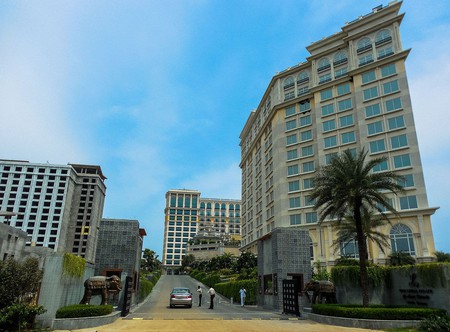 The Leela Palace Hotel in Adyar, which has a number of great clubs and bars including the popular Library Blu | ©Aravind Sivaraj/Wiki Commons
Give us feedback