Lodhi Gardens | © Panoramas / Flickr
With a combination of lush green parks, forest trails and city runs, Delhi has a jogging track to suit every runner’s need. Lodhi Garden and Siri Fort are the old favourites, while new entrants like the Aravalli Bio-Diversity Park have been specifically developed with fitness aficionados in mind. If you are in Delhi and want to get a workout done, these are the best routes to follow.

This is a favourite spot for runners living in south Delhi. The track at Siri Fort is wide, even surfaced and stretches for about one kilometre. Also the Delhi Development Authority’s sports centre is within the same complex. There are excellent facilities for sports like squash, tennis, swimming, basketball and badminton here. This means, on some days, you can even tweak your fitness routine and team your run with some of these physical activities. 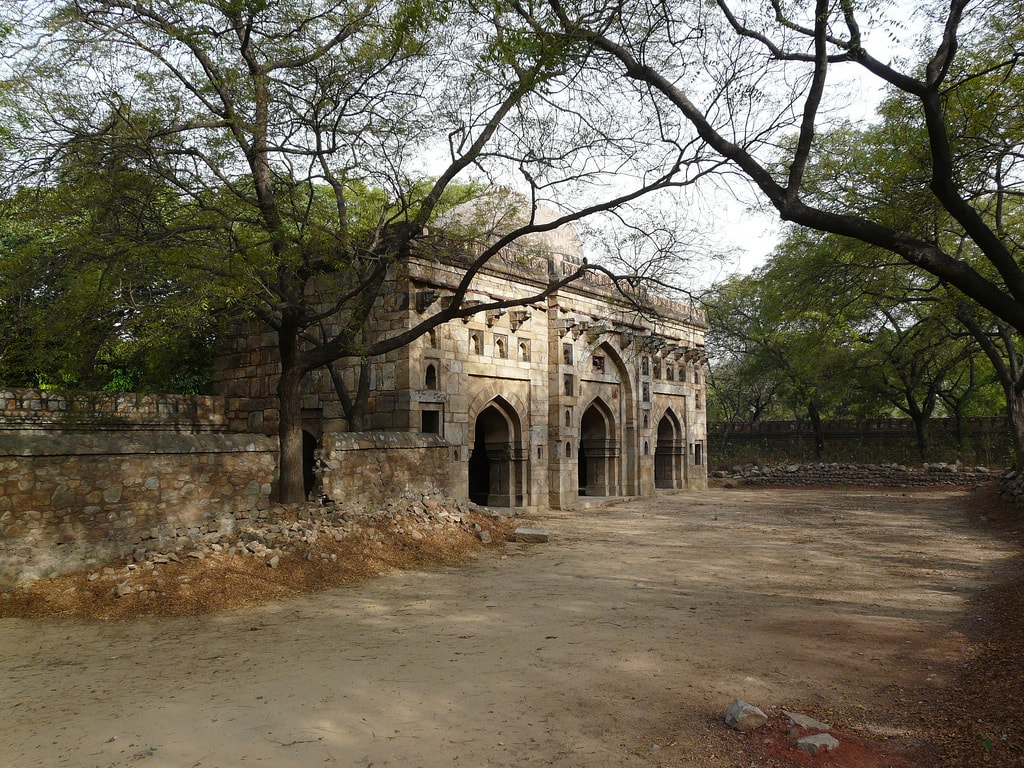 Park
Nehru Park is located in the upscale neighbourhood of Chanakyapuri. The 2.7-kilometre long jogging track in the park is another popular running route in south Delhi. The place also has some open air fitness equipment installed in various areas. You will find a lot of fitness buffs here—some jogging, some enjoying their morning walks and others diligently performing their yoga rituals. It’s also a popular picnic spot so try and avoid peak times to make sure you don’t run into too much of a crowd.
More Info
Open In Google Maps
Ramnagar, Chanakyapuri New Delhi, Delhi, 110023, India
View menu
Visit website
Visit Facebook page
Send an Email
Give us feedback

The jogging track here is approximately 2.2-kilometres and, unlike Siri Fort and Nehru Park, has some slopes to test your physical strength and stamina. The place is a haunt of diplomats and top drawer politicians, who often take their morning walks here. Lodhi Garden is dotted with 15th-century monuments, which makes the park all the more beautiful. 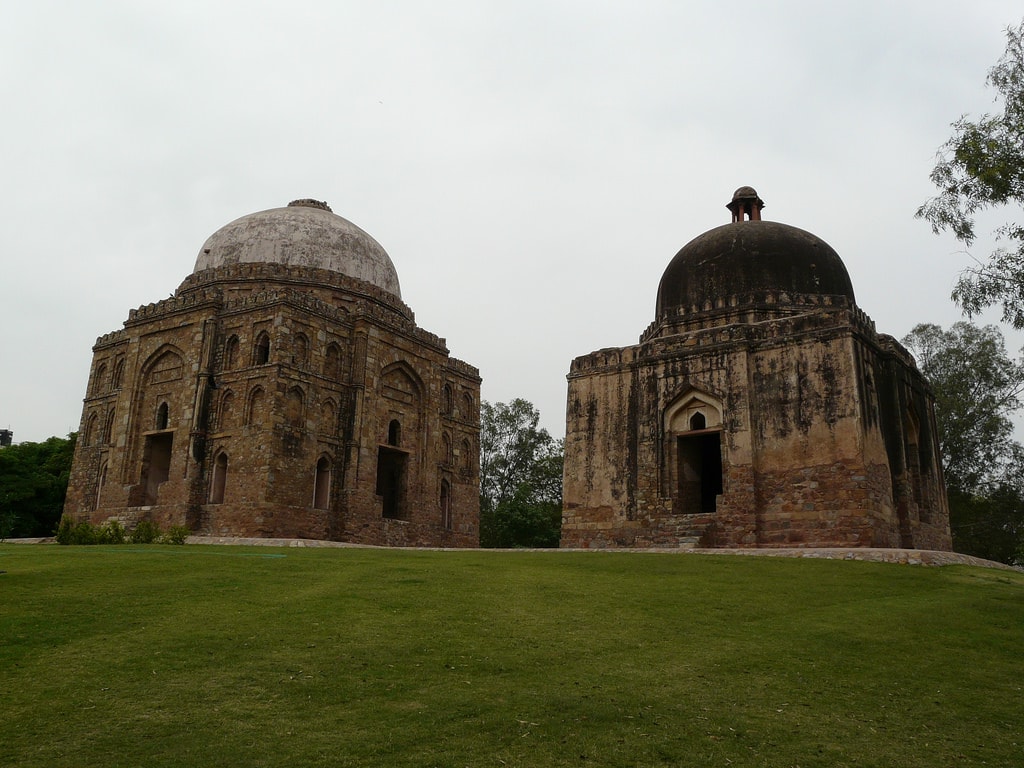 Park
Most of Delhi’s popular running routes are located in the south, which makes it difficult for those living in other parts of the city to access these areas. Therefore, Swarn Jayanti Park, located in the neighbourhood of Rohini, is a boon for those living in the north-west region of Delhi. Commonly known as the Japanese Park, the verdant park has an ideal running track for beginners.
More Info
Open In Google Maps
Swarn Jayanti Park, Sector 10, Rohini Delhi, Delhi, 110085, India
View menu
Visit website
Visit Facebook page
Send an Email
Give us feedback

Park
A peacock at Deer Park | © Madanpiyush / Wikimedia Commons
The park isn’t just great for getting some physical exercise but is also recommended for nature lovers. As you jog through the park, you come across a large enclosure for deers. There will also be a peacock or two greeting you on the way. You can also stop by and say hello to some fluffy rabbits. The animals surely make the run much more exciting here at Deer Park.
More Info
Open In Google Maps
Deer Park, Hauz Khas New Delhi, Delhi, India
View menu
Visit website
Visit Facebook page
Send an Email
Give us feedback

Forest, Park
For those looking for a more challenging course, Jahanpanah City Forest is the perfect choice. The paved track is over six kilometres long, with varying gradients which can prove to be quite a test even for expert runners. If you’re a beginner, maybe it’s better to skip this trail, at least until you get more used to running. The track can also be deserted in some stretches so try and avoid the place when it starts getting darker.
More Info
Open In Google Maps
Jahanpanah City Forest New Delhi, Delhi, India
View menu
Visit website
Visit Facebook page
Send an Email
Give us feedback

Forest
Sanjay Van | © Pushpeshpant.10 / Wikimedia Commons
The forest trail may not be a preferred choice for many, but those who like taking an offbeat track occasionally, Sanjay Van is the place you’re looking for. The lush green forest provides a stunning view and bird lovers will receive an extra incentive as the forest is known to house several different bird species. Also, Sanjay Van is believed to be haunted, so if you get spooked easily, maybe this track isn’t the one for you.
More Info
Open In Google Maps
New Delhi, Delhi, India
View menu
Visit website
Visit Facebook page
Send an Email
Give us feedback

Park
Aravalli Biodiversity Park | © Ekabhishek / Wikimedia Commons
The track at Aravalli Bio-Diversity Park is suited for runners of all levels. The trail keeps alternating between undulating slopes and flat tracks, making for a lively run. The lovely view throughout the course also adds to the fun of running here. The park is said to have more than 175 bird species and faunas, like nilgai, civet and golden jackal. The Aravalli Bio-Diversity Park also has a cycling track, in case you want to swap running for biking on some days.
More Info
Open In Google Maps
Vasant Kunj Institutional Area, Vasant Kunj II, Vasant Kunj New Delhi, Delhi, 110037, India
+911126152972
View menu
Visit website
Visit Facebook page
Send an Email
Give us feedback

Although there isn’t a running track in place here, the boulevard stretching from Rashtrapati Bhavan to India Gate still sees a lot of runners on a daily basis. The sidewalks are wide enough to accommodate everyone from pedestrians to tourists and runners. The view of the historic buildings in the area is one definite attraction for those who love to jog around in India Gate. If you want a really thrilling view, try running here during night time, when the famous war memorial comes to life in vivid colours. 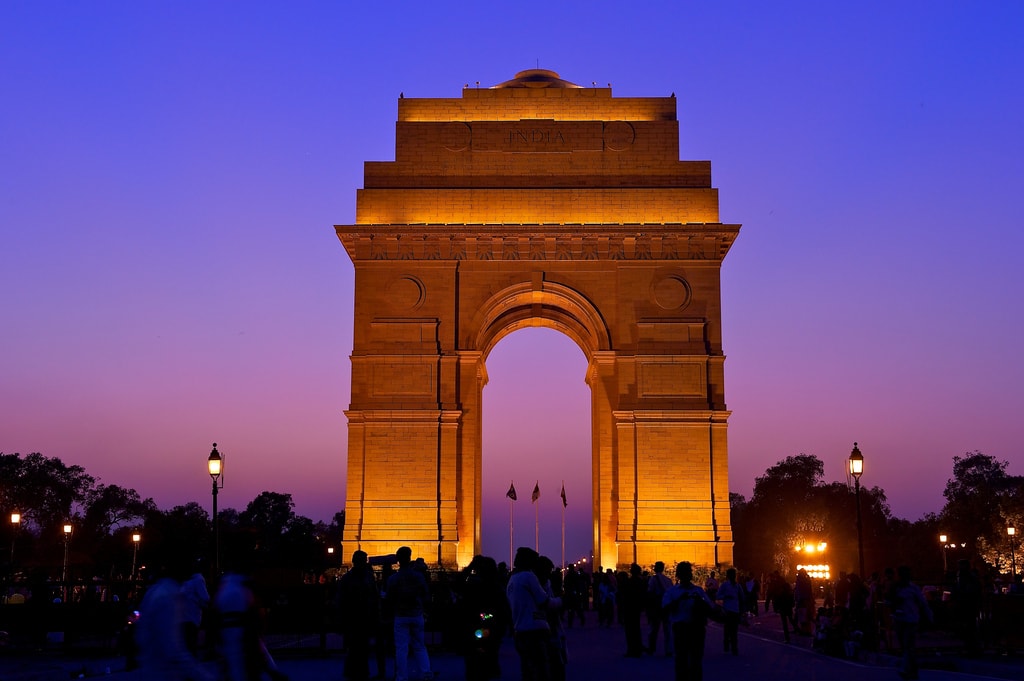