The Best Places To Visit In Rajasthan, India

Rajasthan is India’s most popular destination for tourists, and for good reason. Within a fairly small area of the huge country, there is a wealth of fascinating and diverse places to visit. With the cost of traveling amongst the cheapest in the world, Rajasthan is a destination to suit any traveler. 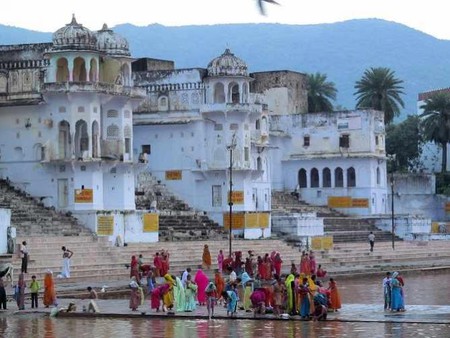 Pushkar is small, picturesque and tranquil; a pleasant respite from the hustle and bustle of other Indian cities. Browse the charming, street-side shops and walk up to the hilltop Savitri temple for views of the town and surrounding countryside, before enjoying a banana lassie in one of the many rustic cafés.

The town was built beside the glistening Pushkar Lake, now edged by traditional Indian-style pastel colored buildings. According to Hindu religion, the lake is a holy pond created by the tears of Shiva — believed to have been shed after the death of his wife, Shati. Thus, pilgrims flock to its edges throughout the year to bathe in its sacred waters.

Every year in either October or November, Pushkar holds its famous five-day camel fair, one of the world’s largest fairs of its kind, drawing thousands of people to the edge of the lake where it is held; try to coordinate your visit with this fascinating fair if you can. Just remember: as Pushkar is a holy place, meat and alcohol are banned. 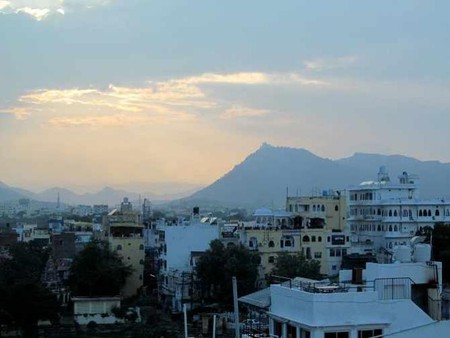 You might recognize Udaipur as the destination of the 80s James Bond film, Octopussy. If you didn’t recognize the city, then you’ll be reminded of it continuously whilst visiting — by barrages of posters advertising nightly screenings of the film.

Udaipur, like Pushkar, is also built beside a lake but is a different town entirely. Whereas Pushkar is a destination for pilgrims, Udaipur, with its extravagant palaces, is the holiday destination of the rich. At the center of the city’s Lake Pichola is the Taj Lake Palace, which appears to magically float on top of the water; it is an extravagant hotel with a price tag to match. For a slightly more accessible palace experience, head to the Udaipur City Palace on the edge of the lake for a fairly priced afternoon tea, complete with real scones, jam and clotted cream, set in the palace’s beautiful tea rooms.

A reasonable walk from the town, or alternatively a fairly short taxi ride, is the hilltop Monsoon Palace. Built by Maharana Sajjan Singh in 1884, it was built in order to watch the monsoon clouds, and it gives fabulous panoramic views over the city, lake and surrounding countryside. 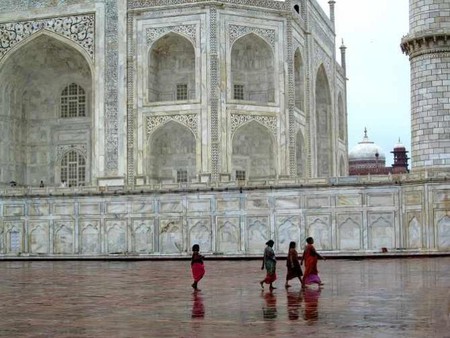 Agra, while not technically in Rajasthan itself but on the border of neighboring state Uttar Pradesh, is home to two of India’s most remarkable sites. One is Agra Fort, and the other is considered by many to be the most beautiful building in the world: the Taj Mahal.

Constructed out of marble and inlaid with 28 different types of semi-precious stones, the Taj Mahal is a true marvel built by Mughal Emperor Shah Jahan as the mausoleum for his beloved wife, Mumtaz Mahal. Arrive at the site before sunrise to avoid the masses and be first in line for the opening.

Agra Fort is also striking. Set slightly west down the Yamuna River from the Taj, the fort, which was home to many Indian rulers past, is built from red brick and is more of a small-walled city. Of particular interest, the fort houses the prison of Shah Jahan, a fabulous apartment, which sits just inside the fort walls, with a view down the river to the Taj. Once imprisoned by his son, Aurangzeb, Shah Jahan was certain to ensure that he could look towards the mausoleum that he built for his wife; it is said that Jahan died in this prison. 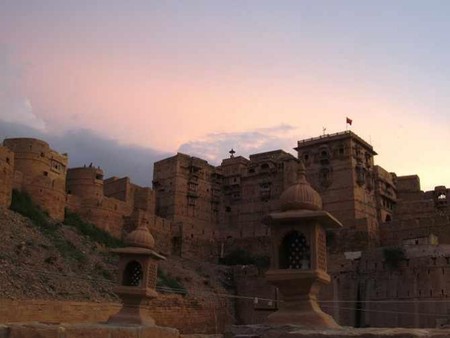 If you’ve ever wished you could live like Aladdin in a sandy desert fort, then what better place to visit than Jaisalmer, set in the heart of the Thar Desert to the western reaches of Rajasthan. Jaisalmer, like something from a fairytale to visitors from afar, is an incredible golden town that seems to grow out of the desert sand — hence its nickname of ‘The Golden City.’

At the center of the town is a magnificent fort built of yellow sandstone. Constructed in 1156 AD by Rajput ruler Rawal Jaisal, its three layers of walls have seen many battles throughout their long life; Jaisalmer’s ancient past seems to ooze from this brilliantly well-preserved fort and is a must-see city for the history buffs.

Complete with a camel ride and an overnight stay in the deafening quiet of the Thar Desert, a visit to Jaisalmer is truly magical. 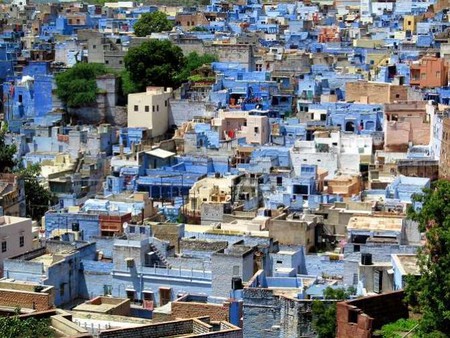 Jodhpur is Rajasthan’s blue city. And no, that doesn’t mean everybody is always feeling a little down; it literally means that the city is painted a wonderful blue. And looming over the blue is the impressive Mehrangarh Fort, which sits 120 meters above the city in an otherwise flat stretch of desert, and is one of the largest forts in India.

A visit to the fort is a must, which comprises of several palaces with beautifully carved courtyards and extravagantly painted rooms. It’s also now possible to take a zip line course around the fort grounds, experiencing fantastic views over the city and the surrounding desert — quite a surreal experience. Just don’t do this in the heat of the day, as there is nowhere shaded along the hour-long route.

Jodhpur is a relaxed, interesting town, and walking the streets is in itself a pleasure. It is another of Rajasthan’s cities that feels somewhat like it was taken out of a storybook.