The Best Places to Visit in India During Winter 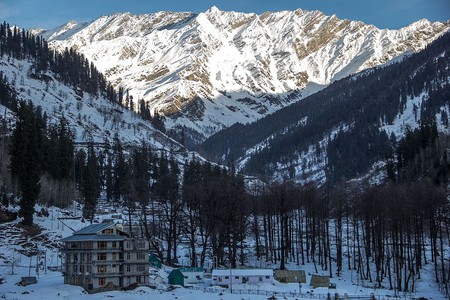 The Indian peninsula is marked by a vast stretch of diverse topography, and when the mercury plummets, there is no shortage of places in this South Asian country to explore. During winter, several places in India are enhanced by a blanket of glistening white snow, whilst many more boast a blend of pleasant and fresh weather accompanied by mild sunshine. As winter is around the corner, here’s our top pick of places to visit in India this season.

With snow-draped peaks on every side and tranquility abound, Auli is the ultimate winter destination. The major draw is of course the wealth of skiing resorts. You can also go trekking to the snow meadow – Gurson Bugyal or pristine Himalayas at Kwani Bugyal; visit the Auli artificial lake; ride Asia’s longest cable car, and enjoy the 360 degree view of the snow-covered peaks of the Himalayas –Nanda Devi, Hathi Parvat, Kamet, Trishul and Mana Parvat. And if skiing is your cup of tea, there’s always the National Championship of Skiing, which takes place in January in Auli. 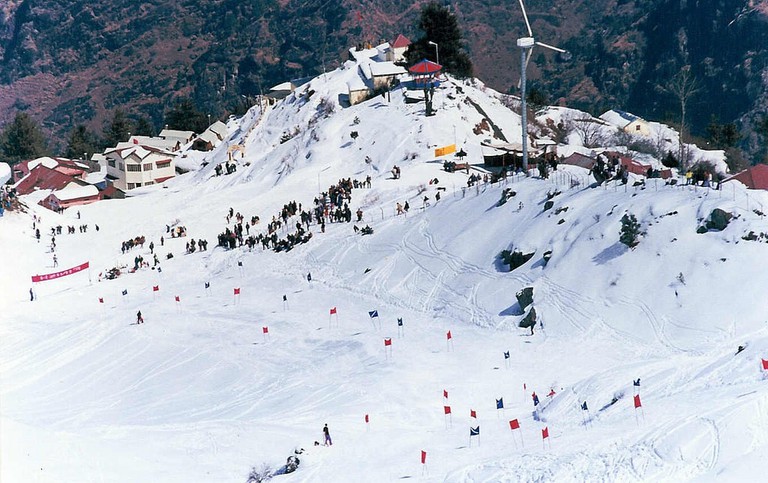 If you are in the chilly reaches of Uttarakhand as the winter sets in, then head to Nanital that is blessed with plentiful lakes and abundant beauty. It does get cold in winter, being surrounded by Himalayan ranges, but it’s also mesmerizing. One plus point is that the weather is not as harsh as found further north, so even on the coldest days you can enjoy going outside in the snow. You can go lake hopping, admire the snow-laden Himalayan peaks from the Snow Viewpoint, go shopping at mall road, or get up-close with exotic birds and animals at the zoo. 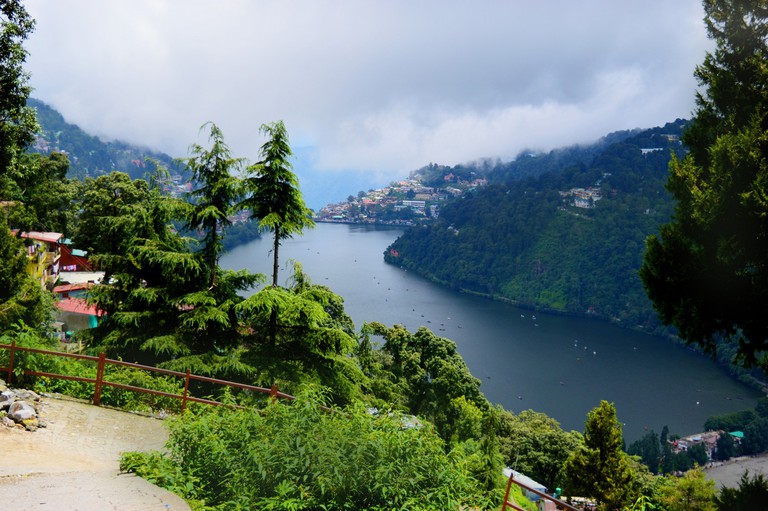 There’s no better way to enjoy the winter’s solitude than surrounded by the mighty peaks of Nanda Devi, Trishul and Pachachuli. Binsar offers just that! This quaint hill town is known for its lush greenery, think forests of the Binsar wildlife sanctuary, and bird’s eye view of the mountain peaks from Zero Point. With breathtaking beauty at every corner, this hill town is a photographer’s paradise that will leave you continuously clicking that shutter. 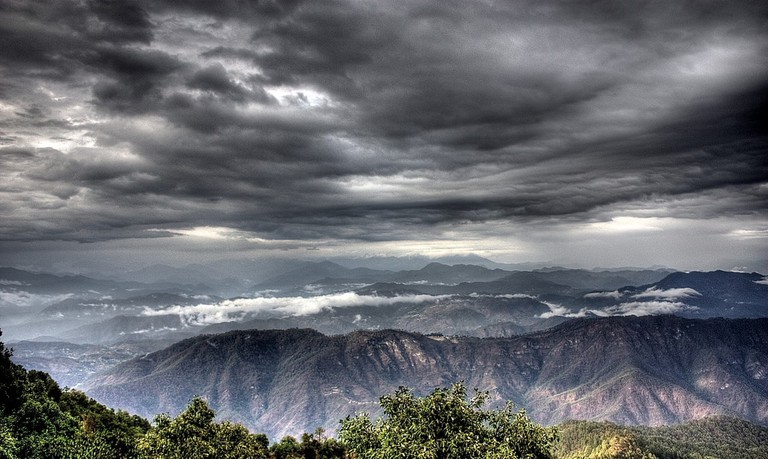 With towering snow-capped Himalayan peaks and stunning valleys, Manali is a beautiful place year-round, and perhaps at its best in winter. This hill station is a getaway for adventure sports, where you can indulge in skiing, zorbing, horse riding, paragliding and tobogganing. Besides, you can spend a day or two exploring the nearby hamlets of Kasol, Kullu and Rohtang, go trekking or mountaineering to Pin Parvati Pass, Hampta Pass, Chandertal lake and the Great Himalayan National Park, or take a hot sulphur bath at Manikaran, perfect in chilly weather. 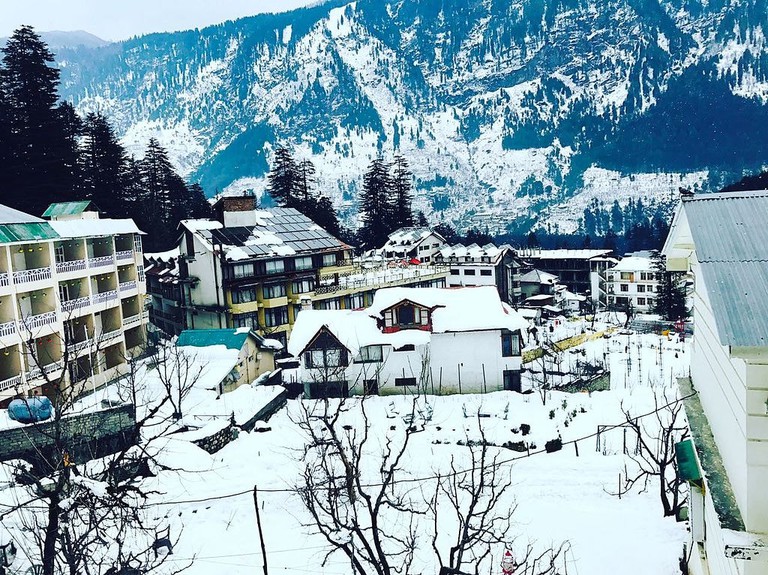 Also known as the Queen of Hills, Shimla is a winter spectacle from December until February. Crowds flock here to enjoy the snow, ice skating at the open air ice skating rink, walking amidst the pine trees, and marveling at the remains of the Colonial era architecture, as this once served as a summer capital of British India. 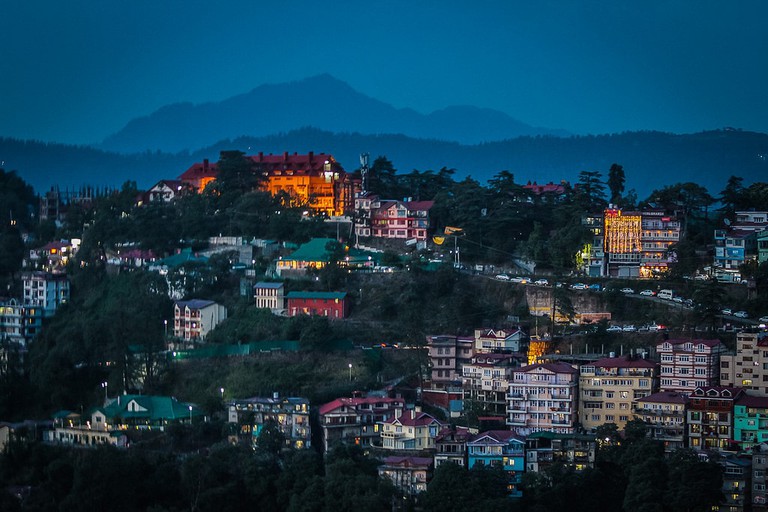 While you’re in the region, definitely explore Narkanda, which is just a two hours drive away from Shimla. The surrounding snow-laden peaks and the winter sun come together to make it a winter wonderland. Skiing and hiking up the Shivalik ranges and apple orchards among the favourite activities here.

Every winter lakhs of visitors descend on the world’s biggest salt desert – Rann of Kutch stretching 7,505 square miles in the Thar Desert to witness the white expanse of the serene salt sand under the full moon night – a magical sight, indeed! Rann of Kutch takes pride in its Kutch festival, known as ‘Rann Utsav’ that is held in the winter (November-February). From traditional cuisine, shopping, folk dances and cultural performances to art, handicrafts, star gazing, desert safari and several other activities, this festival packs a ton of treasures for everyone. Also, staying in the tents on the periphery of the Dhordo village adds to the fascinating experience.

Gulmarg is magical year-round, but when winter arrives, it takes on new hues with the entire town blanketed in white. Lofty snow-covered peaks, frozen lakes, ice-glazed trees and white-blanketed landscape make it a skiing arena in winters. You can indulge in a smorgasbord of snowy activities, like skiing, snowboarding and trekking. Enjoy the panoramic view of this winter wonderland by cable car. 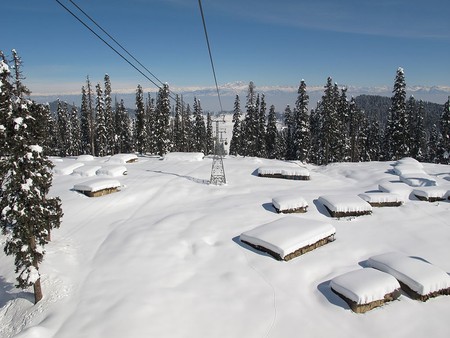 And once you’re done in Gulmarg, just a two drive away lies another winter paradise – Sonamarg, which is canvassed in white from November until April. Packed with snow carpets, frozen lakes and Thajiwas Glacier, it serves as a perfect place to enjoy snow activities, like skiing, snowboarding and sledge rides. 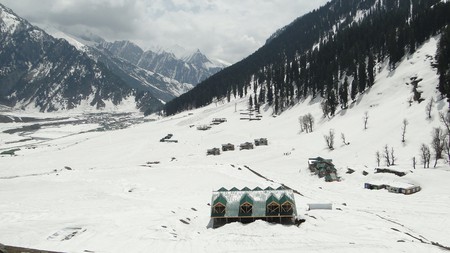 This smallest state of India packs a wallop in terms of things to see and do throughout the year, but winter is the most amazing time to experience it all. Adventure enthusiasts can indulge in water sports, partyholics can go for beach parties or nightclubs throbbing with music, drinks and happening crowds, and those who want to just catch some rays have a wealth of beaches and islands upon which to do so. Besides these usual activities, winter in Goa marks the season of lively festivals, like Goa Carnival, Goa Film Festival, Sunburn music fest, Christmas and New Year parties, making it as enticing as ever. 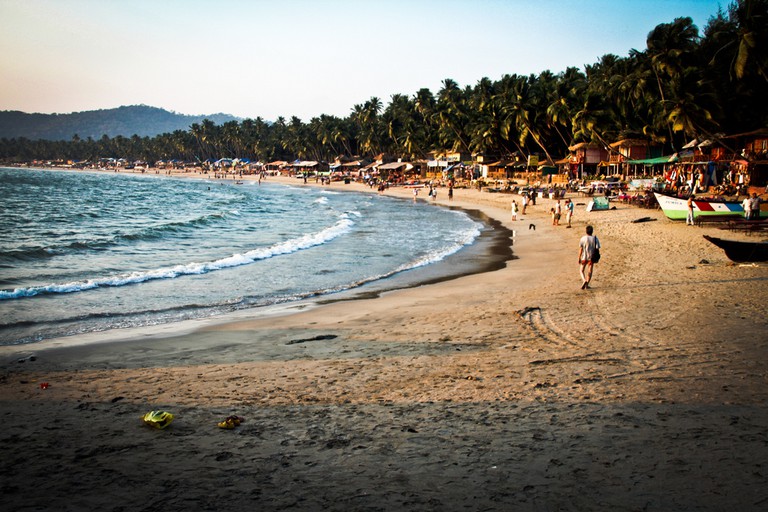 If you find yourself down south during winters (December-February), then make a beeline for ‘God’s Own Country’. Famous for Ayurvedic spas, backwaters, beaches, hills, verdant greenery, tea and spice plantations, diversity of flora and fauna, traditional culture and cuisine, Kerala is one of the popular destinations in India. If you’re a nature and wildlife lover, head to one of the many national parks, like Periyar National Park, Silent Valley National Park or Eravikulam National Park; for those who want an adrenaline rush, try surfing at Varkala and Kovalam beaches, paragliding at Vagamon, boating in the Kerala backwaters or trekking at Chembra Peak, Anamudi or in the Dhoni hills. Those wanting to spend some time in nature’s midst, head straight to Munnar, Aleppey backwaters or Wayanad. Besides, there are a plethora of historical and cultural sites across Kerala to feed your appetite for culture and history. 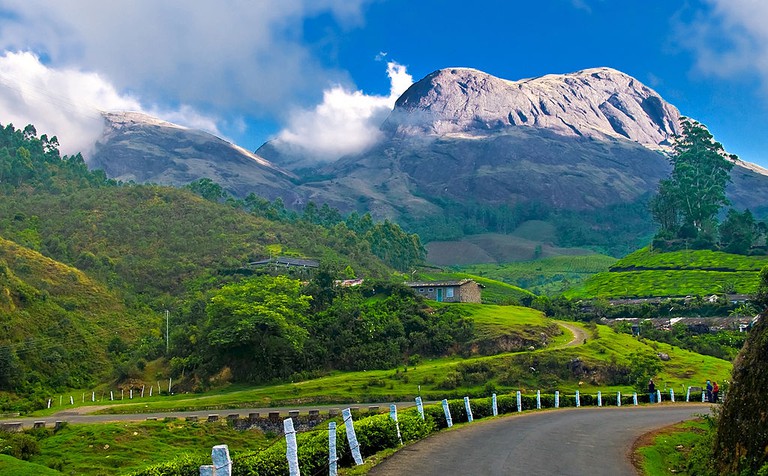 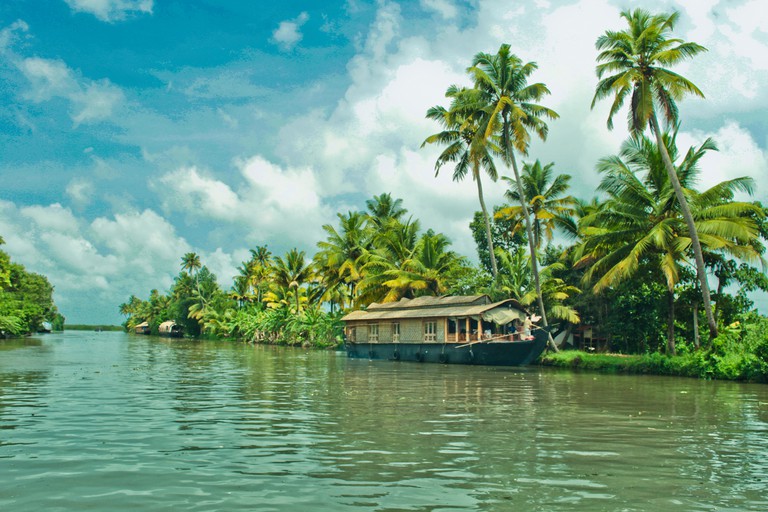 Winter is the ideal time to visit the ‘Land of Maharajas’ and experience its regal culture and tradition. The largest state of India is home to historic splendours that are restored or dilapidated yet either way spectacular. With rows of palaces and forts at every nook and corner, the must-visit places in Rajasthan include the blue city of Jodhpur, the golden city of Jaisalmer, the pink city of Jaipur, the city of lakes Udaipur, the holy city Ajmer and the city of Boaris – Bundi. Do not forget to visit Ranthambore National Park, located amidst the Aravalli and Vindhya ranges, which makes it even more beautiful. Besides being home to the endangered tiger, you can spot wild cats, Indian foxes, sloth bear, leopards and more. 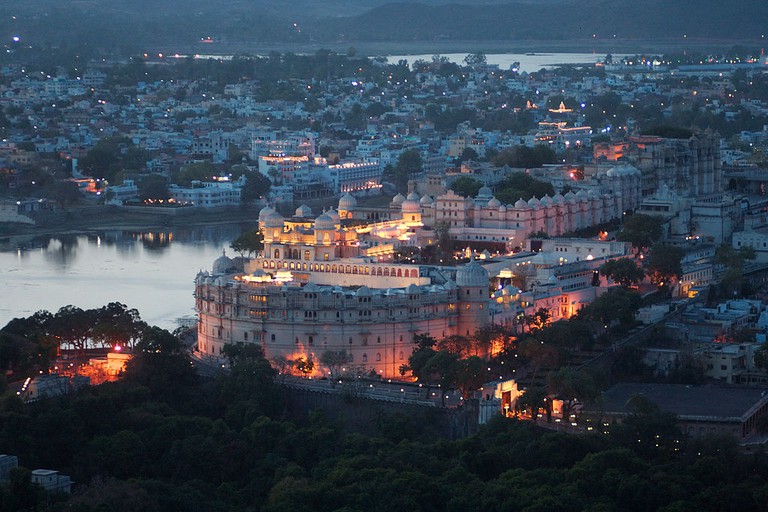 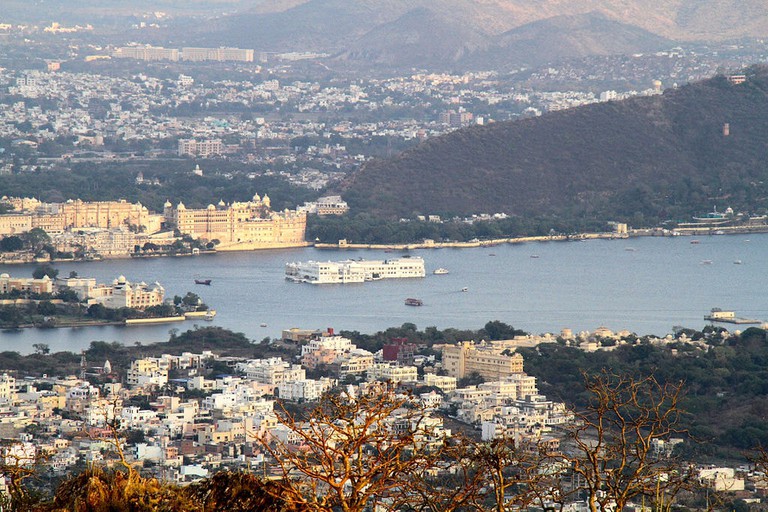 This capital city of Meghalaya is a picturesque hill station that is in full bloom during winter. Packed with ancient megaliths, beautiful waterfalls, lakes, dense forests, and ancient culture and heritage, it is a fascinating place to visit in winter. In addition to the city sights, like Laitlum Canyons, Shillong Peak, Don Bosco Museum, Umaim Lake and Elephant falls, you can visit the nearby places, like Asia’s cleanest village – Mawylnnong, go trekking at David Scott Trail or angling at Dawki. 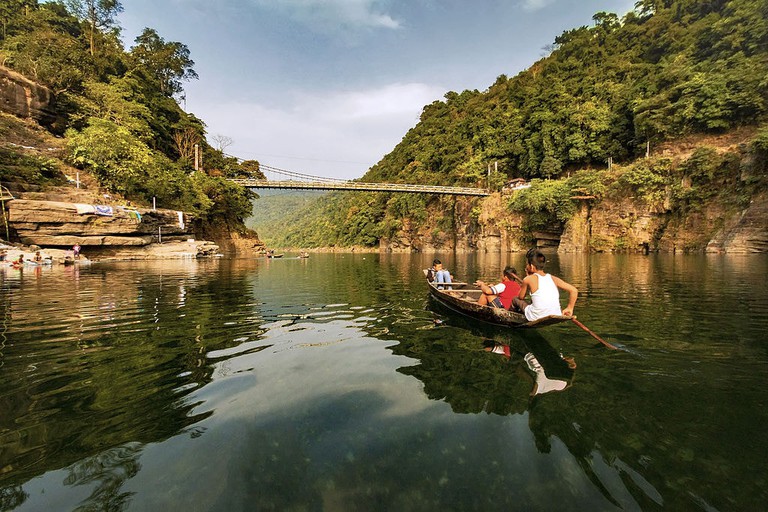 Kohima’s winter highlight is the Hornbill festival held in December. Hailed as the one of the biggest festivals in India, this festival sees the coming together of local tribes and showcases their culture and tradition through folk dance, headhunting rituals, songs and other performances by the traditional warrior tribes of the region. Besides the obvious sightseeing options such as the Nagaland State Museum, the Catholic Cathedral, the Zoological Park and the World War II cemetery, you can go trekking to Dzukou Valley, which is just 12 miles away. 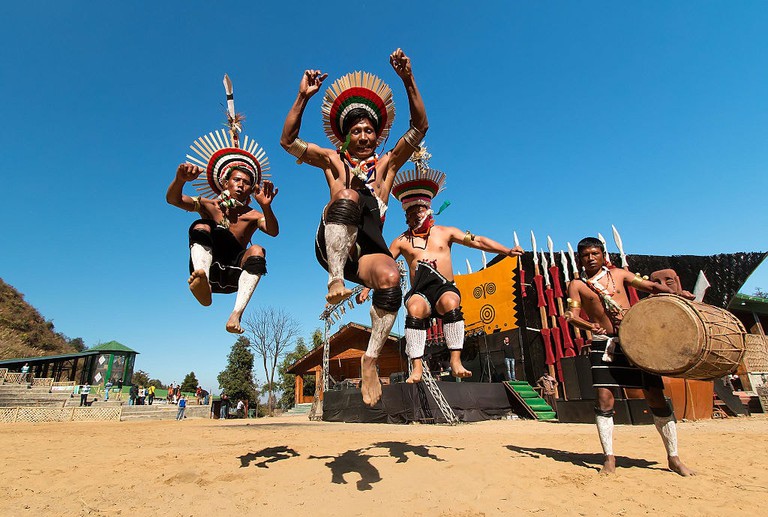 Orchha is a hidden gem, complete with architectural, historical and religious riches. And, the best time to explore this ancient town is winter when the weather is pleasant, fresh with cool breezes. 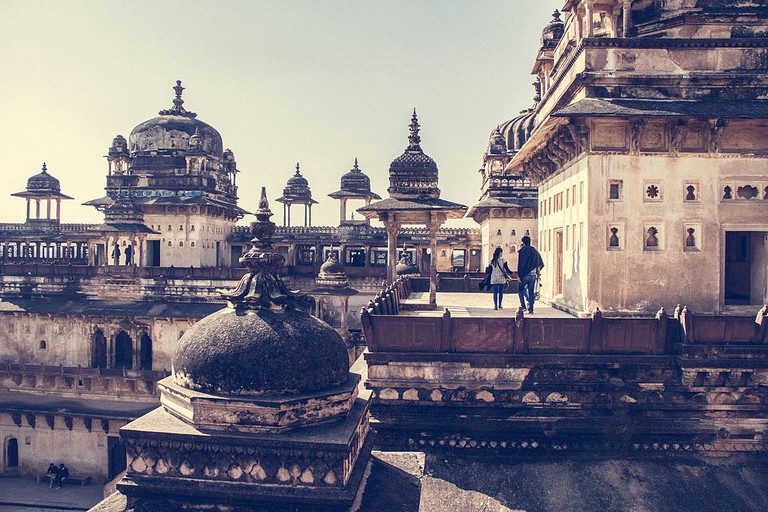