The Best Places to Visit in India During Spring 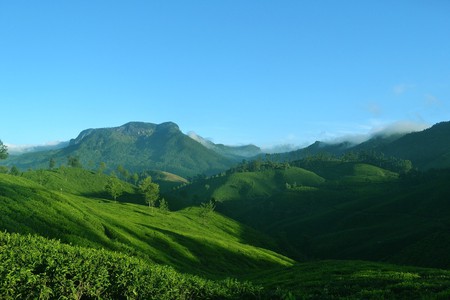 To make the most of any destination, it is important to keep in mind its tourist season and the best time of the year to visit. But if there’s one season that works almost across the board, when you’ll see a destination at its best, it’s spring. If you’re up for a spring holiday to India, here are all the places you can visit to experience the season’s full bloom of natural splendour.

Tamil Nadu’s most popular hill station Ooty may have become a tad too commercialised in recent years, but it still retains its tag of being the state’s most beautiful spring destination. Best known for its homemade chocolates and beautiful flower gardens, it is in the months of March and April that the town and its surroundings reveal their true splendour. A visit to the Botanical Gardens in Ooty, one of the oldest in India, during these months is a breathtaking experience and brings to bear nature’s spectacular beauty. And just outside the town is the other popular destination of Coonoor, which is popular for its tea plantations, and definitely worth a visit. 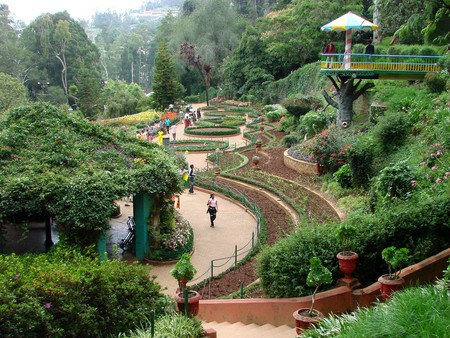 Kashmir was renowned across the world as Heaven on Earth, and despite conflicts and controversies, it still remains one of the most beautiful places to visit in the country. While the best time to visit Kashmir purely on the basis of natural beauty is the month of August, when snow sets in and apple orchards are in blossom, it is also the month when several devotees undertake the Amarnath Yatra, meaning that crowds will be everywhere. So all things considered, the only other time when natural beauty is at its peak and there are relatively fewer crowds is March-May, when spring sets in. Destinations such as Gulmarg and Sonmarg offer a pleasant temperature and unlike in the summer, there is also the chance of snowfall. 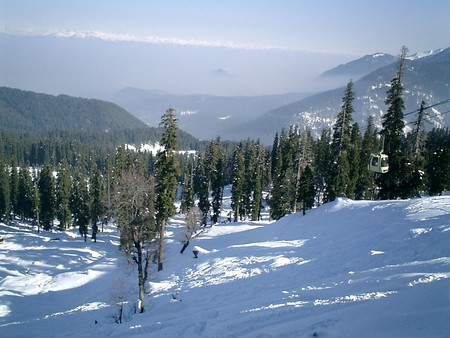 From its raw and untouched beaches to its colonial heritage and modern resorts, the Andaman and Nicobar Islands in the Bay of Bengal present a perfect destination for any beach-lover. And while it’s a great destination all through the year, the best time to visit Andaman is during March, when the climate is temperate and tourism is at its peak. While most tourists prefer not visiting during peak season, the problem that most off-season tourists face in Andamans is the lack of connectivity and accessibility, since certain tourists services such as cruises and ferries are not available or reduced during off-season months. A visit in March will make sure you won’t have to bear the brunt of summer heat and also let you experience a host of luxury options and also work on that tan. 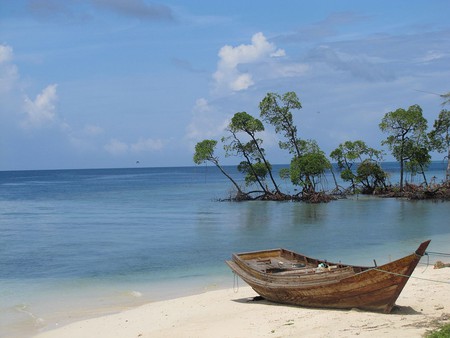 Havelock Island (Pictured) is one of the most popular tourist attractions in the Andaman & Nicobar archipelago | ©Dr. K Vedhagiri/Wiki Commons

Visiting Kasol in winters isn’t really a good idea since temperatures can drop to below 10 degrees and keep you stuck by your heater instead of having fun outdoors. However, visit in summer and you might just miss the point of going there. The sweet spot for planning a Kasol trip is always during the spring months of March to June when the temperature remains a pleasant 15-20 degrees and allows you take in the breathtaking beauty of Kasol without saddling yourself with four layers of wool! 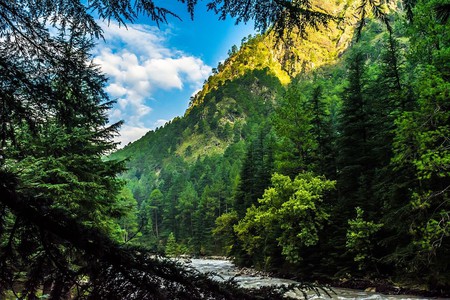 Located on the banks of the Parvati River in Kullu District, Kasol is extremely popular for its hippie culture | ©Alok Kumar/Wiki Commons

While the tourist season in Hampi usually ends with the month of March, right around when spring starts, visiting Hampi during the off-season is an experience in itself. Through the months of November to March, this temple town in Karnataka is teeming with both pilgrims and local tourists and hosts a number of festivals as well. However, in March and April, when the temperature is yet to peak, is when one can truly witness Hampi at its hippy best. The Tungabhadra river divides Hampi into two parts – with temples and monuments on one side and a languid town filled with artsy cafes and guesthouses on the other. With pleasant weather and far fewer crowds, if you’re looking to visit the hippy side of Hampi, March and April are the best times to go. 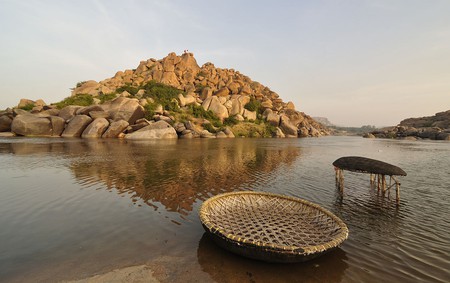 The Bhitarkanika National Park is one of the most untouched and pristine national parks in the country and is a great destination to visit all through the year. But the highlight of this picturesque reserve is the annual Olive Ridley hatching event which takes place at the Gahirmatha Beach within the reserve during the month of April, with the onset of spring. Considered the most important Olive Ridley hatching site in the world, it raised alarm when the turtles ditched the beach in 2014. However, the reccurrence of this event was confirmed in 2017 when nearly 2 lakh Olive Ridley hatchlings came out and covered the beaches early in the morning. The scale of this event is staggering, making this unique phenomenon a must see for everyone. 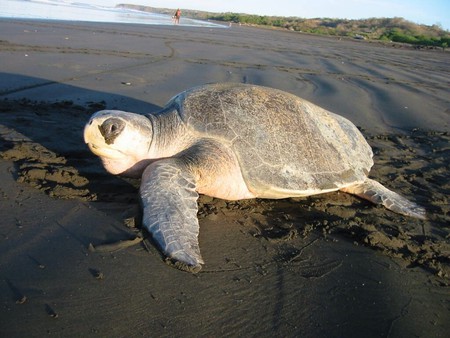 Apart from the favourable weather and pristine natural beauty, the best reason to visit Mon during the spring season, especially in the month of April is the Aoleang Festival of the Konyak tribe. The festival itself celebrates the onset of spring and usually takes place during the first week of April. The first three days are associated with traditional weaving and brewing of the famous rice beer of Nagaland, while the fourth day sees tribal dance performances and sacrificial rituals.

Kerala isn’t called God’s Own Country without a reason. Indeed, the state’s natural beauty is practically unmatched anywhere in the country. And while the state’s backwaters and beaches are a pretty sight to behold all through the year, it is its breathtaking hill stations such as Wayanad and Munnar that are the greatest highlights. And the best time to visit destinations in Kerala’s part of the Western Ghats is when the monsoon first sets in during the first week of June. The southwest monsoon first arrives in Kerala and is greeted with fresh foliage and pristine greenery in the hill stations of Kerala and the foggy mornings of Munnar and Wayanad make for spectacular scenery. 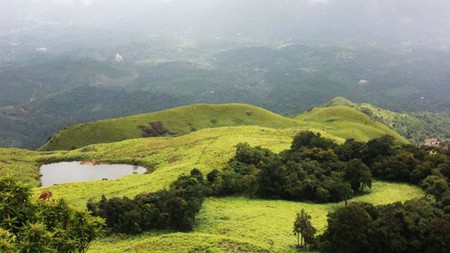 The ‘Love Lake’ is a popular tourist destination in Wayanad, Kerala | ©StalinSunny/Wiki Commons
Give us feedback