The Best Places to Visit in India During Fall 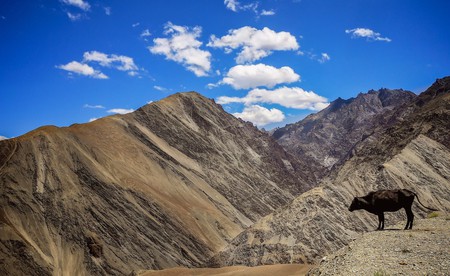 From a challenging trek in Dzongri to a camel festival in the holy city of Pushkar and a road trip to the picturesque mountain desert of Ladakh, India has such a wide range of fall destination choices. Whether you want a spiritual sojourn, some quiet time in quaint hill stations or experience indigenous festivals at their best, these are the destinations you should visit in India during the season.

There’s no other place in the world like Hampi. The city was once home to the wealthy Vijayanagara Empire in the 14th century and attracted traders and travellers from all over the world. Although the once formidable city now lies in ruins, its magnetism is still inescapable. The huge complex is dotted with the remains of temples, shrines, memorials, baths and other structures all cast out of enormous boulders. The ethereal landscape has the power to transport you to a whole different era, which almost feels meditative. 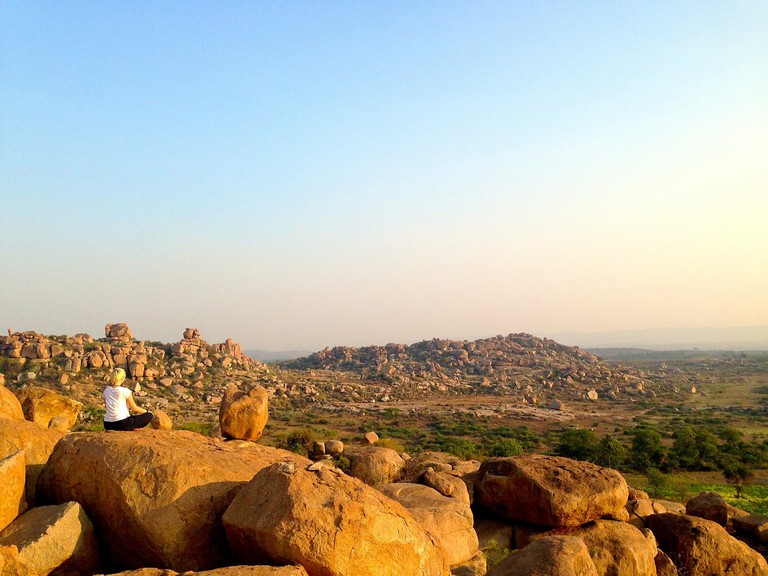 Wayanad in Kerala is considered by many to be the most beautiful destination in the state. The emerald landscape of the place is yet unspoilt by tourist invasion and makes for a great spot to relax and rejuvenate, far away from the frantic city life. You can hike through paddy fields and coffee plantations, visit wildlife sanctuaries, such as the Tholpetty Wildlife Sanctuary, and the ancient Edakkal Caves or simply repose on the shores of the stunning Pookode Lake with just your thoughts for company. The best hiking trails in Wayanad are in Chembra Peak, Pakshipathalam and Banasura Hill. Fresh off the heavy monsoon rains, the green terrains of Wayanad look even more welcoming during autumn. 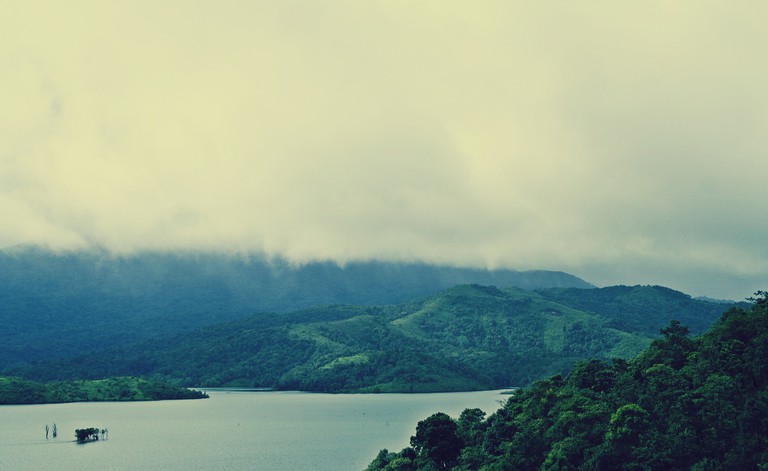 Durga Puja is one of the main festivals of India, and nowhere is it celebrated with more pomp and ceremony than in Kolkata, West Bengal. Goddess Durga is honoured for five days, and the city doesn’t sleep during this entire period. Skilled artists create exquisite themed pandals (marquees) representing the Goddess’ home where elaborate pujos (prayer rituals) take place. Then there’s an array of delicious Bengali food for you to devour. If you want to experience an Indian festival at its best, this is it. Durga Puja usually falls in September and October. 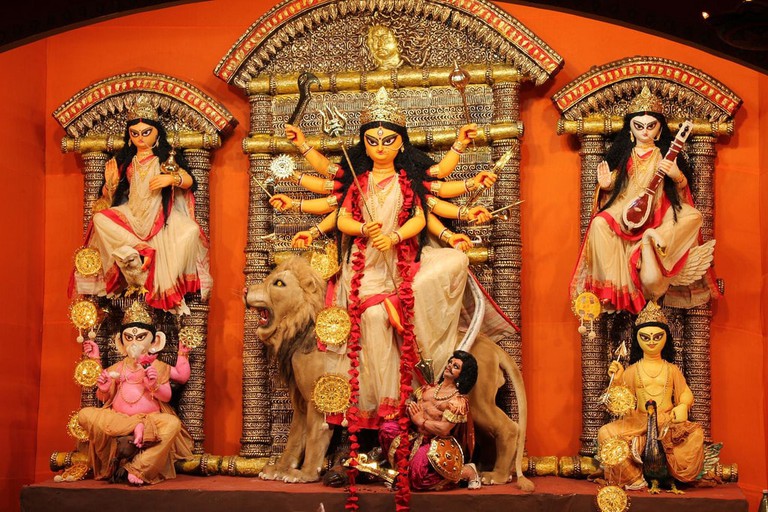 If you’re already in Kolkata, it would be wrong not to visit Darjeeling. India’s Queen of Hills isn’t very far from West Bengal’s capital city – an hour’s flight to Bagdogra, and from there, it’s just a scenic drive of a couple of hours. The picturesque town served as a sanatorium and summer retreat for British officers during the Imperial period, and the colonial remnants are still visible in the architecture of the place. Gothic churches and Buddhist pagodas stand side by side in perfect harmony. You can take a tour of the famed tea gardens and hire mountain bikes to explore the surrounding hilltops. 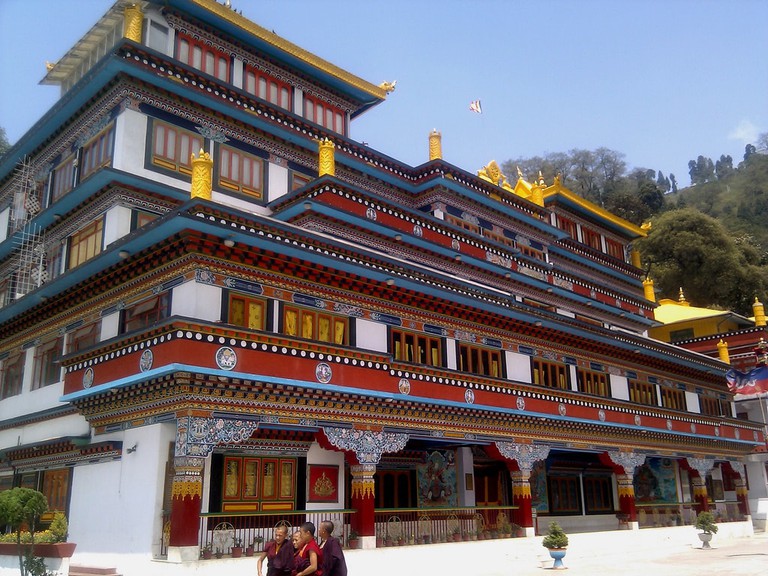 For those seeking an autumn adventure, try the Yuksom to Dzongri trek in Sikkim. This four-day trek will see you through rhododendron forests, waterfalls, streams and deep gorges. The red panda, Himalayan blue sheep, civets and gorals are some of the natives you might encounter on the way. The trek can be challenging at times, but once you reach the top of Dzongri Peak and soak in the awe-inspiring landscape, it will all be worth it. If the weather’s on your side, then the view of Mount Khangchendzonga rarely leaves the backdrop throughout the trek. If you’re up for an even more adventurous outing, trek all the way up to Goechala, which takes at least 11 days to complete. 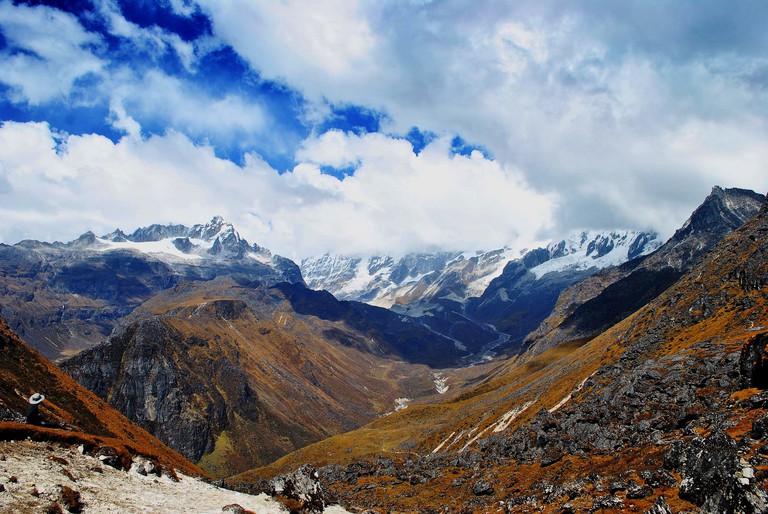 For years, the world was completely unaware of this breathtaking natural wonder. It was only in 1931 when three British mountaineers lost their way while returning from an expedition to Mount Kamet in the state of Uttarakhand that they chanced upon the place and named it the Valley of Flowers. It harbours rare fauna including the snow leopard, musk deer and brown bear. While the sprawling meadow is shrouded in orchids, poppies, daisies and marigolds, the Valley of Flowers also has a number of medicinal plants unique to the place. A trek across this biosphere reserve will prove to be a rewarding experience for any nature lover. After autumn, the valley is decked in white snow and closed to visitors until next summer. 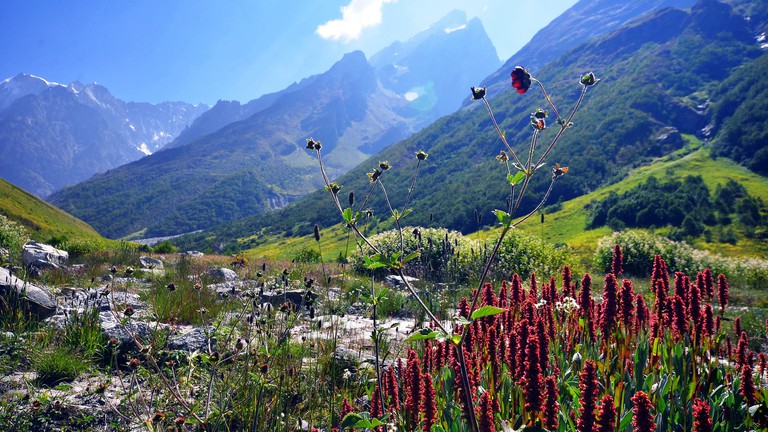 When you think of a Hindu pilgrimage city in India, more often than not, it’s Varanasi which comes to mind. But Pushkar in Rajasthan, built around a holy lake, is an equally enchanting and a less-crowded destination. There were once over 500 temples in Pushkar, but most of them were destroyed during Mughal Emperor Aurangzeb’s reign. The temples were rebuilt during the 18th century, and the most famous among them is the Brahma Temple. Fall is the best time to visit the city as the Pushkar Camel Fair takes place during that time. The livestock fair, which attracts 200,000 visitors, is an experience like no other. Autumn is also considered an important pilgrimage season for Hindus. 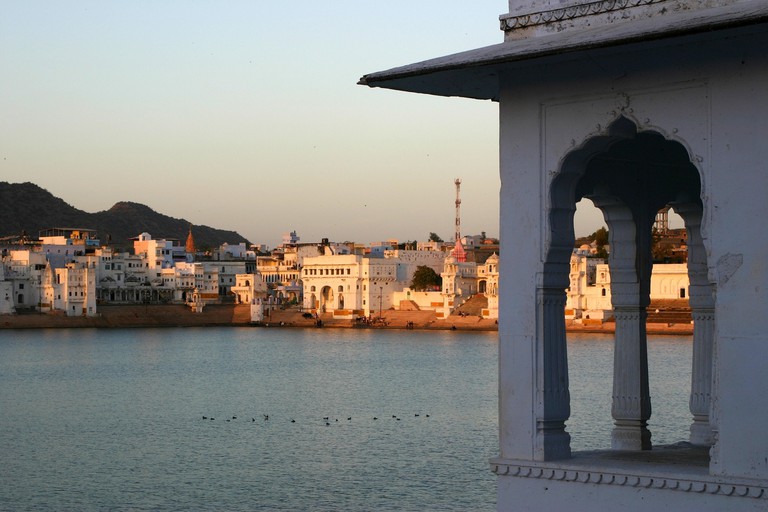 Ladakh, in the state of Jammu and Kashmir, is closed from November to April every year, due to heavy snowfall. Summertime is when most tourists head to Ladakh, but fall is probably the best season to visit the place. This time of year is when the colours of autumn burst through the land – the brown of the mountain desert contrasting perfectly with the white of the snow-capped mountains. The beauty of Ladakh is immensely humbling, and you have to be there to truly appreciate it. An added bonus of visiting the place during fall is the Ladakh Festival, which occurs in mid-September. 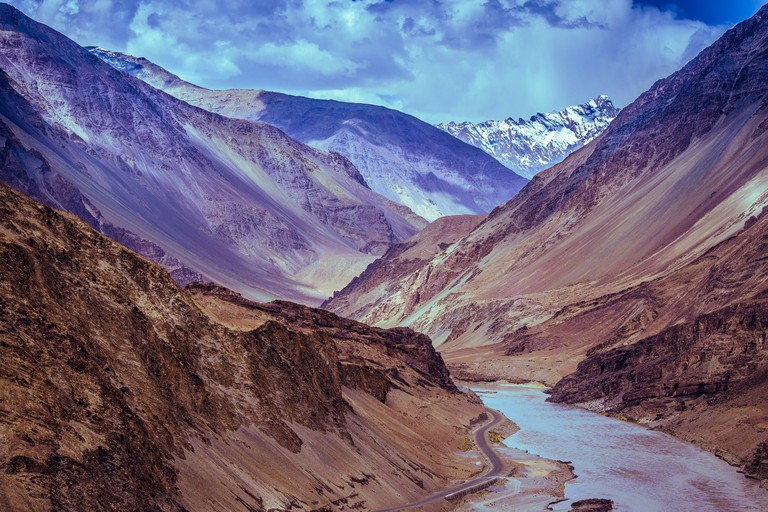