The Best Places to Visit in Ajmer, Rajasthan 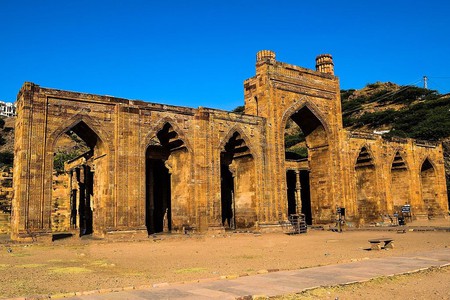 With origins tracing back to the 12th century, Ajmer is an important city in India. It’s a pilgrimage site for both Muslims and Hindus, but there’s much more to the city than just pilgrim-related sites. From historical and architectural marvels to natural attractions, here are the best places to visit in Ajmer. 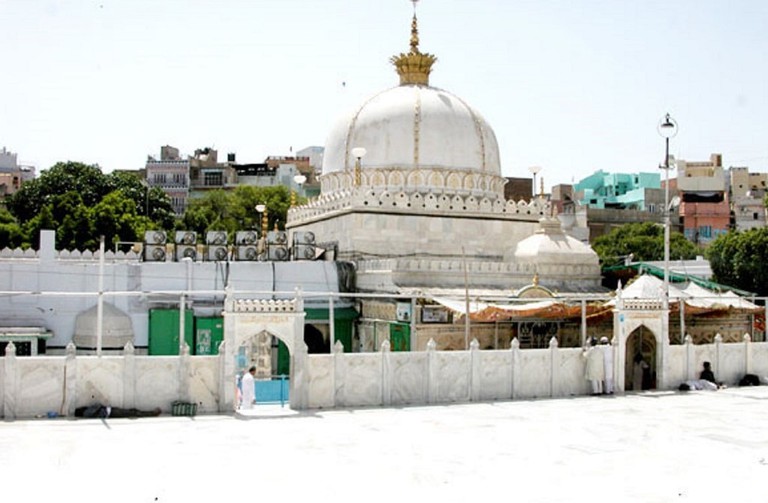 The Ajmer Sharif Dargah is a shrine dedicated to the Sufi mystic Moinuddin Chisti, an inspirational figure in South Asia who contributed to the spread of Islam there. Millions of devotees visit the dargah to seek blessings from the saint and connect to their spiritual selves. An example of rich Mughal architecture, the shrine was constructed with white marble and has a Persian inscription running along its length. Massive silver gates lead to the inner courtyard, where the marble and gold-plated tomb of the saint sits.

Situated in the heart of the city, the Ana Sagar Lake dates back to the 12th century and is one of the most beautiful artificial lakes in Rajasthan. With several temples, gardens, and pavilions along its banks – including the Daulat Bagh Gardens and the Khobra Behroon temple – you can spend hours walking here. Take a boat across the lake and soak up the sights. Since the lake dries up in summer, we recommend visiting between October and March.

Located atop a steep hill, the Taragarh Fort was built in the 14th century by the Chauhan dynasty, who used to rule parts of present-day Rajasthan. It’s comprised of huge battlements and ramparts, tunnels, three massive gateways embellished with stone carvings of elephants, and a palace adorned with murals and stained-glass windows. Unfortunately, some of the structures have fallen into ruin, but the fort still remains one of the city’s prime attractions for its heritage status and fine architecture. Visitors can also enjoy sweeping views of the city. 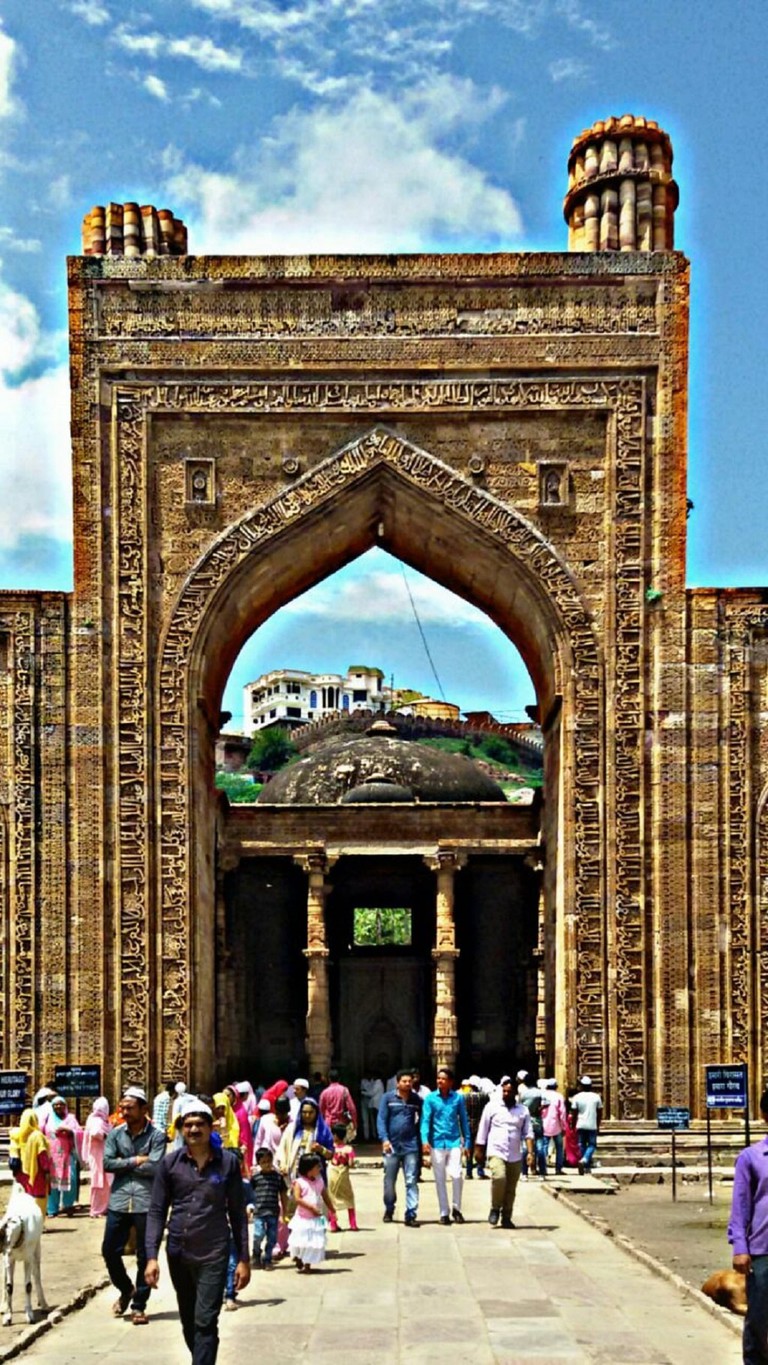 Built in 1199 CE by the order of Qutub ud-Din Aybak (the first ruler of the Delhi Sultanate), the Adhai Din Ka Jhonpra is one of the oldest mosques in the country. Literally meaning ‘a shed of two-and-a-half days’, many tales surround the mosque’s unique name. According to one version, a part of the mosque was built in just two-and-a-half days, while the Archaeological Survey of India states that the name originated from the two-and-a-half-day fair held on the grounds of the mosque back in ancient times. An example of Indo-Islamic architecture, the mosque features calligraphic inscriptions, arched screens, heavily decorated pillars and ruined minarets. Before being converted into a mosque, the site used to be a Sanskrit college building with a temple dedicated to Hindu goddess Saraswati. 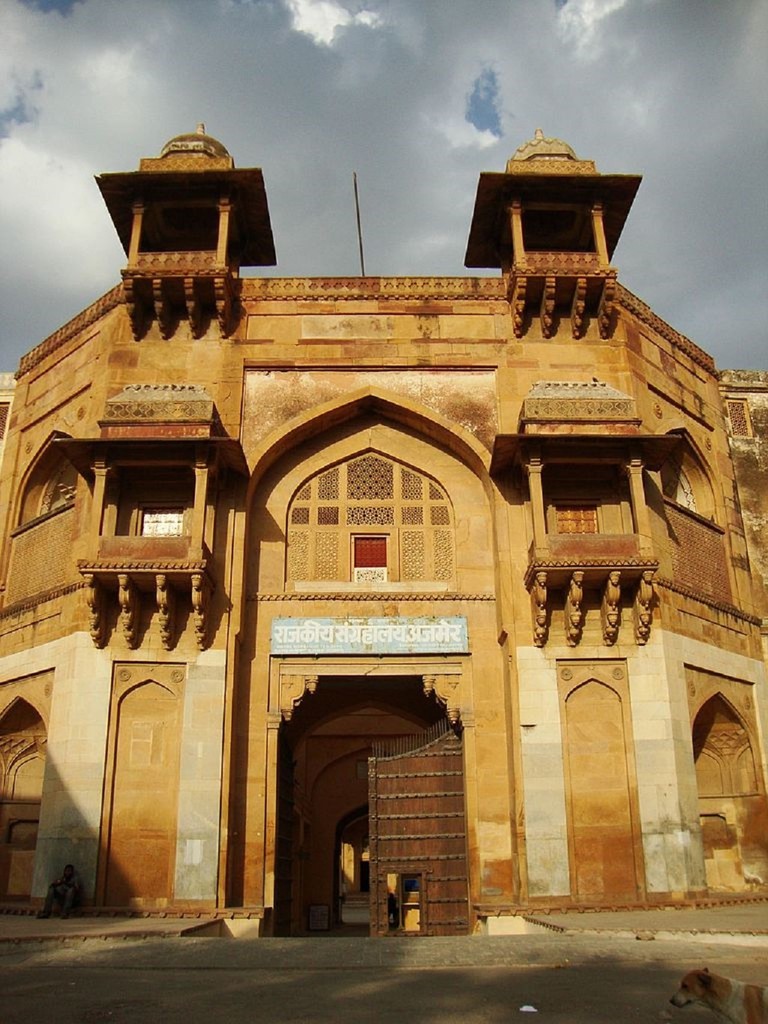 A beautiful synthesis of Mughal and Rajput architecture, the Akbari Fort was built by Mughal Emperor Akbar in the 16th century. It is believed to be the location where trade meetings between the British East India Company and Mughal Emperor Jahangir were held. Today, the fort serves as a museum, showcasing military weaponry, sculptures, miniature paintings and other historical artifacts that offer a glimpse into the Mughal and Rajput era. 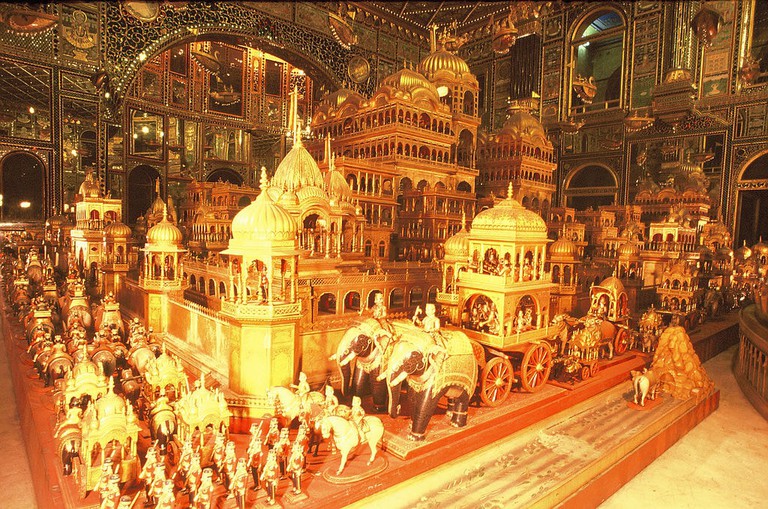 Also known as Soniji Ki Nasiya, the Ajmer Jain temple was established in the late 19th century and is dedicated to the first Jain tirthankara (saviour and spiritual teacher of the righteous path). It’s a must-visit place for its religious significance and spectacular Jain-style architecture. The main chamber of the temple is called Swarna Nagari, or the ‘City of Gold’, and houses some of the most exquisite gold-plated wooden figures and carvings from Jain mythology. Although only Jains are allowed to enter the temple, the museum is open to everyone.

With the Aravalli Hills as a backdrop, Lake Foy Sagar is a popular artificial lake in the city. It is named after English engineer Foy, who commissioned the lake in 1892 to fulfill Ajmer’s water requirements. Though it no longer serves that purpose, its scenic beauty continues to attract visitors, who can enjoy picnics along its embankment. Be sure to stay there until sunset, when the clear waters of the lake merge with the gold hues of the setting sun. 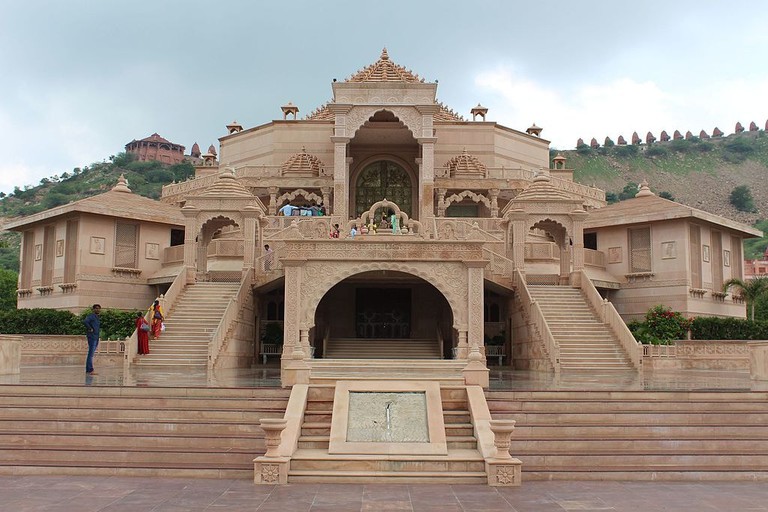 One of the most famous temples in the city, the Nareli Jain Temple is dedicated to the first tirthankara of the Jain religion, Lord Adinath, and is located on the outskirts of Ajmer, 7km from the city centre. Situated in the Aravalli Mountains, the site holds a further 23 miniature temples of other tirthankaras. The major attraction of this temple is its unique architecture, which is an amalgamation of traditional and contemporary styles. The nearest railway station is Ajmer Junction.