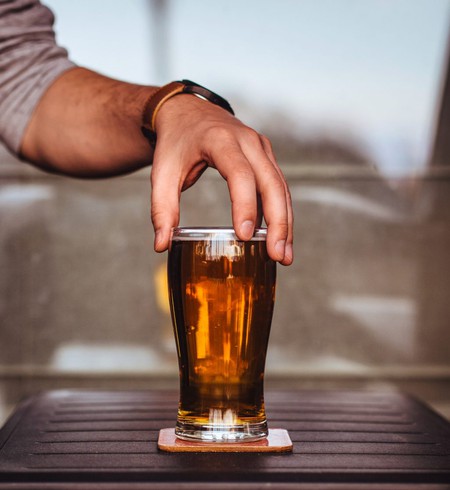 The Vedas, a part of ancient Indian sacred texts, mentions an intoxicant called sura, quite similar to what we call beer today. Rice beer was brewed locally in villages and within communities for centuries. However, the British were the first ones to make their ale and beer commercially available in India. Soon, there was a bevy of distilleries all across the country! Here are some Indian beer brands you should taste when you’re in the country.

King’s was produced by Impala Distillery & Brewery Ltd. in Goa until Viiking Ventures bought it in 2015. It is a pilsener beer, one of the first of the kind to be made in India. King’s is produced in Goa and its popularity lives mostly inside the Union State.

Is it the Destination or the Company ??? Couldn't get GOA. But got some beers from there to relive the goa experience with your company @crowneplazaokhla with #kingsbeer ….. ….. #drink #drinks #slurp #kings #pub #bar #liquor #yum #yummy #thirst #thirsty #instagood #friends #goa #drinkup #glass #can #photooftheday #beer #beers #crowneplazaokhla

Yuksom Breweries is a company based in Yuksom, Sikkim that produces about 10 kinds of beer, Hit being one of the most popular among them. Since the time of its launch, the malt beer has gained many fans in Sikkim and parts of North East India. Yuksom Breweries is owned by yesteryear’s Bollywood actor Danny Denzongpa.

Founded by Ankur Jain, a young Indian entrepreneur, Bira 91 became India’s favourite almost as soon as it was launched. At 90 calories, it is the only brand in India to launch a low calorie beer variant, calling it ‘healthier than milk’! They also produce a strong wheat beer in different flavours.

Kingfisher is brewed by United Breweries Group in Bangalore, the largest beer brewery company in India. Since it is economically priced, Kingfisher caters to a large audience in the country and 52 more across the world. Kingfisher is styled as draught beer and has strong and mild variants.

Owned by Devans Modern Breweries Ltd. Godfather was first made in the 1960s. It is the only popular beer that originated in Jammu and Kashmir. Godfather is available in three variants – strong, mild and lager. Currently, Godfather exports to many South Asian and Middle Eastern countries too.

Styled as lager beer, Kalyani Black Label has been part of the United Breweries Group since 1992 and is widely popular in the Eastern part of India, particularly in West Bengal. KBL, as it is popularly known, was established in a tiny town called Kalyani in Nadia district of West Bengal in 1960.

Flying Horse is also a part of the United Breweries and is known for its smoothness. With 4.7% alcohol content, the beer is styled as a lager that won’t end up giving bad hangovers the next day. This one is best had with some spicy Indian food!

Another brand of beer acquired by the United Breweries, Bullet enjoys its prominence in Rajasthan, the desert land of India. Bullet has two variants, strong and mild, and their alcohol content ranges from 5%-8%.

And we meet again. One of Rajasthan's local beer and a beer which has many memories attached to it! 🙂 #Bullet

Khajuraho is a group of temples built in the 1050 BC era by the Chandela dynasty in Madhya Pradesh. It is also a beer brand by Lilasons Breweries, who have been producing the strong beer since 1969. A popular beverage in the central part of India, this beer is not so widely known.