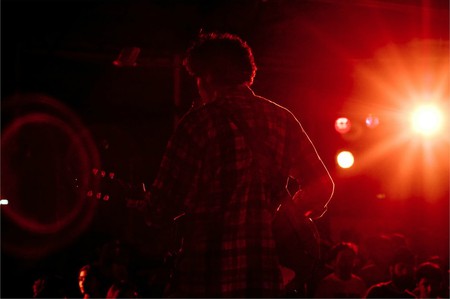 Nightlife has never really been Chennai’s strong suit. In fact, up until just a decade ago, the city had few bars and pubs that could match up to those in Bengaluru or Mumbai, and fewer still that played live music. However, all that has changed in the recent years, with Chennai’s nightlife and live music scene truly coming into its own.

Several new upscale and popular bars have now become the perfect breeding ground for the city’s burgeoning and vibrant live music scene. So, if you want to catch the best bands and DJs in Chennai while downing a drink or two, here are some of the best places to visit.

Located inside the popular Savera Hotel in Chennai’s Mylapore, this pub is one of the best places in the city for live music and attracts some of the best talent. The pub organises live music performances twice a week, on Thursdays and Fridays, often featuring up and coming bands from the city. Occasionally, larger and more popular bands, such as Skrat and Tails on Fire, play here as well. The pub also hosts the Mainstage Music Festival annually in September, featuring bands from around the country. Over the years, Mainstage has become one of the most famous events for live music in the city.

At just five years old, Illusions in Mylapore is considerably younger than most venues and drinking places in Chennai. But in the short span of time that it has existed, the pub has earned a name for itself when it comes to attracting the best musical talent in the city. Illusions is best known for routinely hosting some of the best DJs in town, which makes it a great party destination for those with an ear for electronic music. Some of the well-known regular DJs at the pub include VDJ Veekay and DJ Anto. The pub also regularly hosts city-based events and fashion shows.

10 Downing Street is known as being one of Chennai’s most popular watering holes, featuring great deals on liquor and an extremely popular business lunch. However, over the years, the pub has also earned a name for itself as a venue for live music performances. 10 Downing Street routinely features brilliant bands from the city such as Allegro Fudge and Blues Conscience. The pub is also known for its popular karaoke events which feature some of the best KJs in the town such as KJ Noel and KJ Nadisha.

The Moon and Sixpence

This Irish-themed pub in Guindy checks all the right boxes when it comes to being a great live music destination. With a spacious venue featuring quirky decor and a great beer menu, the pub is a popular hangout spot for the who’s who. It also regularly draws the city’s top musical talent. Apart from a great roster of in-house and regular DJs, such as DJ Chris, the pub’s live music scene also includes diverse artists, bands and musicians across several genres.

This quirky, underground-themed bar in Alwarpet, Chennai is best known for its decor and ambience that is basically the Illuminati, Freemasons, and all other ‘secret’ societies rolled into one. Additionally, the bar also features an eclectic live music scene to match its heme. With events such as Strictly Underground, the bar gives a fresh take to underground music and hosts a number of reputed bands and artists on a regular basis. Some of the popular artists to have performed here include the audio-visual duo Ashwin + BLWR and Gautam Pattathil.

Open In Google Maps
Visit Facebook page
Give us feedback

A one-of-a-kind Spanish pub in the city, Sera is best known for its great mix of good food and nightlife. The menu boasts delectable tapas delights and one of the city’s most popular pub lunches, while a great roster of resident DJs keeps guests entertained. Sera also hosts live music events every Tuesday, attracting some of the best bands in the city such as Marcia & Marc. It also routinely draws popular DJs such as DJ Vivek and Prasanth Amir.

Celebrate the spirit of the festive season with our special offers and menu!🤩. #serathetapasbarandrestaurant #seralounge #chennai #ampaskywalk

Stylish, Cosy
Give us feedback