The Best Literary Fiction From The Subcontinent: 5 Contemporary Indian Authors 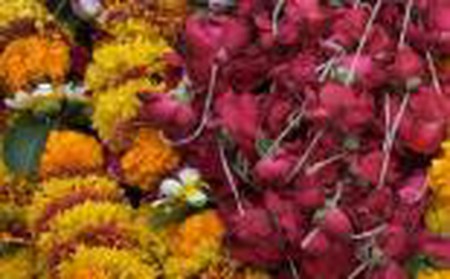 Indian literature has gained an international reputation for its profundity and breadth, with writers from across the country creating an incredible canon of literary works. Pratiek Sparsh Samantara introduces us to five contemporary Indian authors who have redefined fiction in the subcontinent and in doing so have garnered massive acclaim, both in India and overseas. 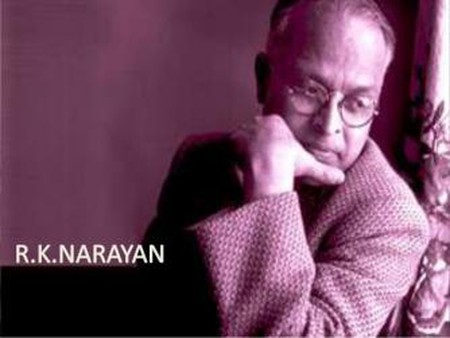 Indian authors have long since carved a niche for themselves in the minds of readers worldwide. With their uniquely Indian style of writing characterised by satirical descriptions of their land, fluidity of language and a melancholy vibe, writers from the far eastern subcontinent are adored by critics and the common populace alike. In this article, I seek to give an account of a few of those eminent authors who are loved by millions across India.

Hailing from the town of Chennai in Southern India, Narayan is widely considered to be India’s best novelist and the one who first brought Indian fiction to the English speaking world. His brilliant collections of short stories, Malgudi Days and Under the Banyan Tree, as well as many of his novels are set in the fictional town of Malgudi. The novels The Guide and Swami and Friends had such a wondrous impact on his readers that they actually started believing in the existence of such a place, where diverse peoples and man-eating tigers roamed the streets. Narayan was awarded the ‘Sahitya Akademi Award’ (India’s highest literary honour) in 1951 for The Guide, a story of a tour guide who is driven to become an ascetic by the woman he loves. His writings are marked by a distinctively simple prose and he has often been compared to Guy de Maupassant for the similar ‘compactness’ in their stories. He passed away in 2001, leaving behind his legions of devoted fans, including many celebrated English authors. 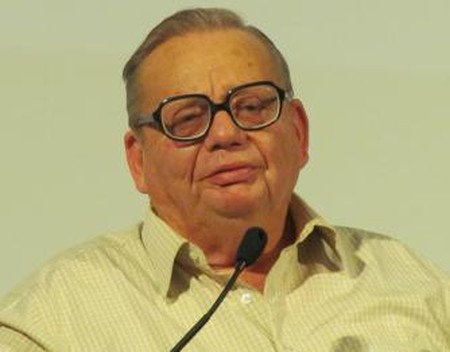 An Indian author of British descent, Bond is regarded as the country’s greatest children’s author of all time. Most of his works reflect the deep love he has for India in a refined and mellifluous writing style. He was born in Kasauli in North India and lived most of his pre-adolescent life there. After his schooling, he was sent away to live in London but memories of India haunted him. This led him to pen The Room on the Roof, his debut novel and partly autobiographical account which earned him the John Llewellyn Rhys Prize. Subsequently, he bought a ticket back to India with the money he earned from the book. He currently resides in Mussoorie, a beautiful hill station in Northern India which also serves as the setting for most of his literary works. His lucid narratives and vivid depictions of peoples and places in India have garnered for him a lot of adulation by children and adults alike. The New York Times, in a piece about the author, said, ‘Like an Indian bazaar itself, his books are filled with the smells, sights, sounds, confusion and subtle organisation of ordinary Indian life. 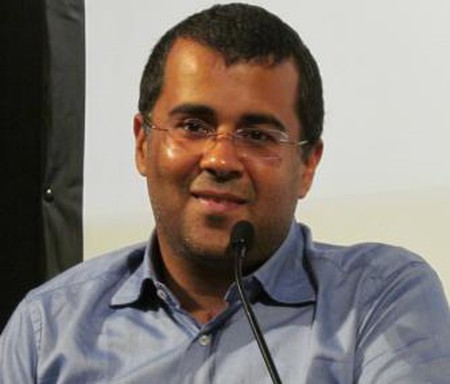 Chetan Bhagat is an alumnus of the Indian Institute of Technology(IIT), India’s foremost university for Engineering sciences and research. He arrived on the country’s literary scene with a bang through his debut novel Five Point Someone, a fictional account on life in the IIT campus. Though Bhagat’s novels have been vehemently criticised for being ‘artless and tacky’, they enjoy the greatest readership currently, throughout the length and breadth of the country. His latest book, Revolution 20-20 became an instant bestseller, like all of his previous works. Revolution 20-20 captures the vociferously rebellious tone of the present day Indian youth. Two of his novels have also been adapted for the big screen by the Indian Film Industry with one of them (3 Idiots, based on Five Point Someone) earning the tag of India’s highest grossing movie of all time. In 2010, Bhagat was also selected by the Time’s magazine as one of the 100 Most Influential People in the world. 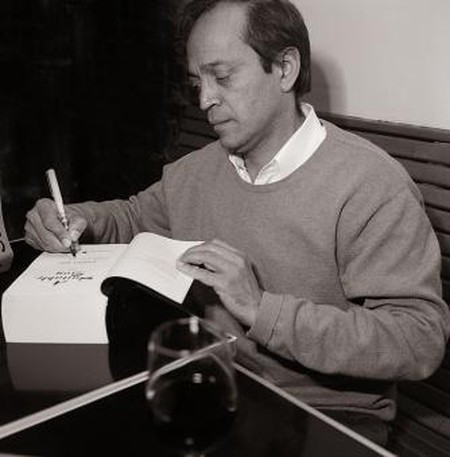 Born in Calcutta in East India to Punjabi parents, Vikram Seth is perhaps most widely known for The Golden Gate, his novel in verse. Inspired by Aleksander Pushkin’s Eugene Onegin, it chronicles the lives of young Indian professionals in San Francisco. Even though the novel was initially dismissed by publishers for ‘not being commercial material’, it generated healthy sales and universal acclaim. Buoyed by its success, Seth wrote his second book, A Suitable Boy, a 1000 page long saga of domestic drama set against the backdrop of India’s partition from Pakistan in the 1950s. The novel was a big hit in India and abroad despite its length and led India’s most renowned journalist, Khushwant Singh to comment that, ‘I lived through that period and I couldn’t find a flaw. It really is an authentic picture of Nehru’s India.’ Seth’s literary oeuvre most commonly contains the element of satire and is brilliantly illustrative in its imagery. 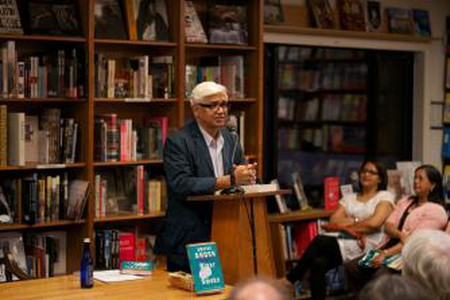 Bengali writer Amitav Ghosh has frequently been tagged as India’s ‘author extraordinaire’ for his exceeding ability in constructing complex narratives in all his novels, blending fiction and history with a dash of his own philosophical pedagogy to create a restless, living and breathing concoction of a novel. Robert Dixon writes of Ghosh’s style as one ‘that is sufficiently nuanced and elusive to sustain the ‘theoretical fiction’ of a recovery of presence without actually falling back into essentialism…achieved by a fluid and at times confusing deployment of the lexicons of both liberal humanism and post-structuralism, without allowing his writing to be affiliated with either…’. This style is exemplified in his latest The River of Smoke, a sequel of A Sea of Poppies. Both these novels are based on the Opium Wars between Britain and China in the 19th century, by the holy River Ganges in Calcutta. The book was nominated for a Man Booker Prize in 2008. Seth has also won the Prix Medicis Etranger, France’s foremost literary award for his debut novel, The Circle of Reason.