The Best Indoor and Outdoor Sports Arenas in Chennai 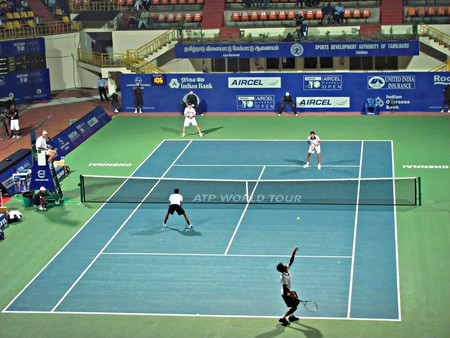 From being the birthplace of sporting greats such as Viswanathan Anand to being home to some of the most successful league franchises in both IPL and ISL, Chennai has given its fair share and more to sports in India. However, what really fosters this city’s culture of sports is a sporting infrastructure second to none in the country. Here is a list of some of Chennai’s most popular sporting venues where you can get your game mode on. 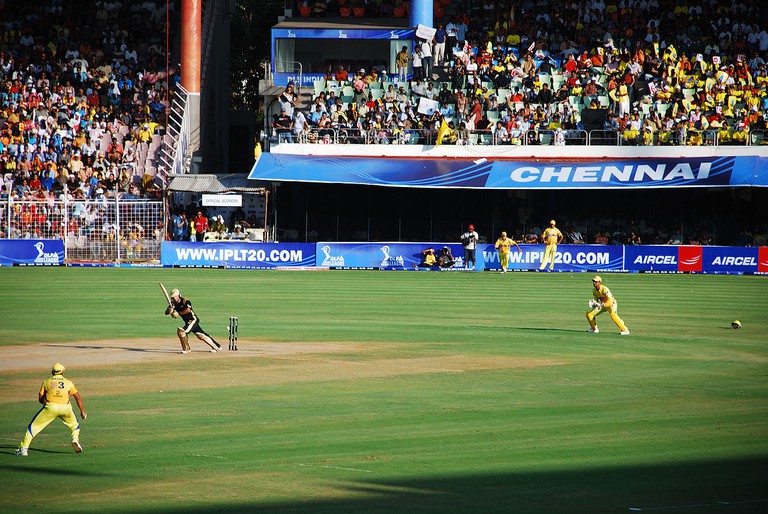 An IPL match between CSK and KKR being played at the Chepauk Stadium | ©C Gopalakrishnan/Wiki Commons
Undoubtedly the biggest and most popular sporting venue in Chennai, the MA Chidambaram Cricket Stadium, or the Chepauk Stadium, is also India’s oldest continuously used cricket stadium in the country. Constructed in 1916, the stadium has a seating capacity of nearly 40,000 and has been the venue of countless international cricket matches over the years. It is also the home stadium of IPL team Chennai Super Kings. Apart from international fixtures, the stadium is also a popular venue for national-level matches and tournaments. In fact, it hosted the first ever Ranji Trophy match in the year 1934 and was also the venue where India recorded their first Test victory!
Open In Google Maps
Victoria Hostel Road, Chepauk, Triplicane Chennai, Tamil Nadu, 600005, India
+914428544175
Visit Website
Give us feedback 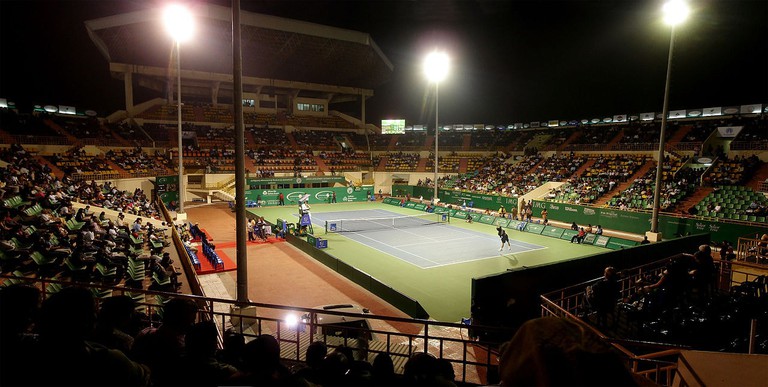 SDAT Tennis Stadium, Chennai
Until 2017, the SDAT Tennis Stadium in Nungambakkam was home to India’s biggest tennis event and the only ATP Open in the country, the Chennai Open. It had hosted the Open series tournament for 20 years since 1997, with the last one taking place in January this year. The SDAT Stadium has been the venue of choice for tennis in India and has witnessed greats such as Boris Becker, Leander Paes, Stan Wawrinka, and Rafael Nadal. After the shifting of the Open tournament to Pune, the stadium is expected to host more local fixtures and continues to be Chennai’s top venue for tennis.
Open In Google Maps
4th Cross Street, Lake Area, Nungambakkam Chennai, Tamil Nadu, 600034, India
+919444121540
Visit Website
Give us feedback

The Jawaharlal Nehru Stadium in Chennai being prepped for a match | ©PlaneMad/Wiki Commons
The Jawaharlal Nehru Stadium and Sports Complex is one of India’s largest and premier sporting venues. Apart from the sprawling football stadium, which is the home turf of Chennai’s ISL team, the complex also has turfs and courts for sports such as basketball, volleyball, kabaddi, and even has a fully-fledged eight-lane synthetic athletic track. The indoor stadium has a seating capacity of nearly 8,000, while the outdoor one can seat more than 40,000.
Open In Google Maps
Raja Muthiah Road, Kannappar Thidal, Periyamet Chennai, Tamil Nadu, 600003, India
+914425368709
Give us feedback

This SDAT-run complex located on Velachery Main Road is one of the few in the city that perfectly merge national and international sports infrastructure with the sporting needs of locals. The aquatic complex is visited by a large number of high-level athletes and is home to several coaches trained by the National Institute of Sports. However, at the same time, it also attracts large numbers of locals through its reasonably priced coaching classes and membership fees. Apart from swimming, the complex also has facilities for other sports such as gymnastics.

The Irungattukottai Race Track or the Madras Motor Race Track was the first permanent motorsports track to be constructed in India and continues to be one of the country’s foremost venues for motorsports. The race track has been home to the likes of Karun Chandhok, one of the only two Indians to have driven in Formula One (while the other, Narain Karthikeyan, began his career with a win at this track). With a full-circuit length of 3.7 kms featuring 12 turns, this internationally certified race track regularly hosts major events for both rally and bike racing. 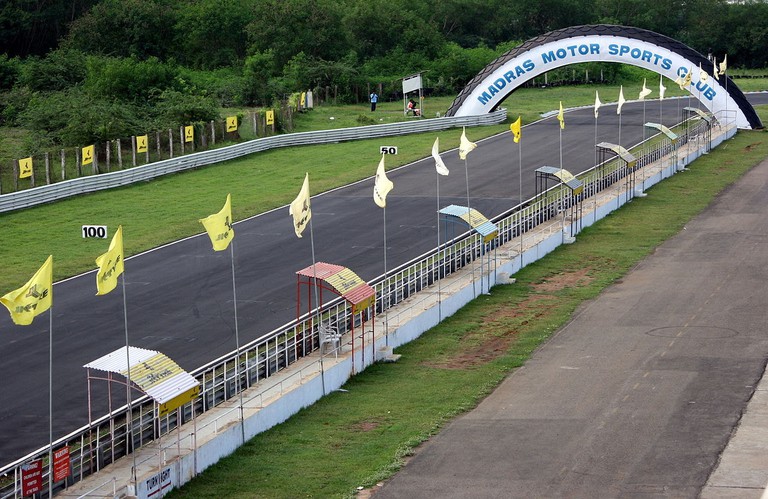 The MMSC Race Track at Irungattukottai near Chennai | ©SimplyCVR/Wiki Commons

The Nehru Park Sports Complex is one of the most popular SDAT (Sports Development Authority of Tamil Nadu) sports venues for locals in Chennai. Thanks to green environment and reasonable fees for membership and coaching, the park attracts hordes of locals interested in various sports. The Sports Complex has eight squash courts that are used by national and international players and also has facilities for other sports such as hockey, basketball, and badminton.

With playgrounds in the city falling prey to encroachments or construction, several private turfs have sprouted across the city to fill the gap. One of the newest among these is Turf 137 in Velachery, which is also the first five-a-side football arena approved by Fifa in the city. Located right on Velachery Main Road, one of Chennai’s arterial roads, the turf has been a tremendous hit among football enthusiasts in the city, with the venue featuring packed crowds on most evenings. Apart from regular local fixtures, Turf 137 also hosts several exhibition matches. Its inaugural match even saw participation from the I-League team Chennai City FC, who are one of Chennai’s biggest football clubs.

Building, Sports Center
Facebook
Email
Twitter
Pinterest
Copy link
Share
Map View
With current demand for land in Chennai, building a sports arena on the ground may be a costly affair for anyone. However, several local sports venues are circumventing this problem by heading to the terrace! And the most popular among terrace turfs in Chennai is Tiki Taka. Started just two years back, this establishment already has two venues in the city, in Kilpauk and T Nagar. The turfs host football and cricket matches and have become one of the city’s hottest sporting venues thanks to its high-end facilities and infrastructure.
Open In Google Maps
17 Radha Krishnan Street, Parthasarathi Puram, T. Nagar Chennai, Tamil Nadu, 600017, India
+918754490508
Give us feedback

Located in Egmore’s Pantheon Road, Game On is a yet another popular terrace turf in Chennai. With high-speed bowling nets for cricket and a football arena that fits dimensions required for futsal, Game On is popular for all-night fixtures and attracts large crowds. However, apart from being a venue for fun sporting activity, the Game On turf also undertakes serious coaching and talent search efforts, and has several facilities for those wanting to take up futsal or cricket in earnest as well.