The Best Hotels to Book in Pune, India 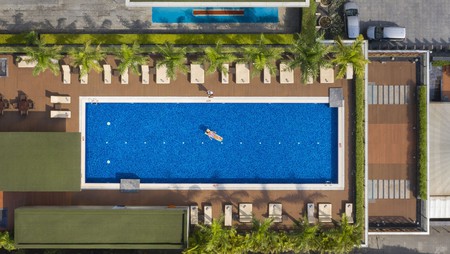 After a long day of sightseeing around Pune, you'll want to relax at the rooftop pool | Courtesy of JW Marriott Hotel Pune / Expedia

Maharashtra’s second city was once the capital of the huge Maratha empire before the British shifted the focus to Mumbai, leaving Pune to evolve unfettered by stuffy pomp and circumstance. A few Raj-era relics remain, but modern Pune is all about the new India: business, tech, academia, youth culture and India’s rising wine and brewing scenes. Hotels in Pune feel firmly international, appealing to globetrotting businessmen and tech students as well as sightseers. Here’s our pick of the best places to stay in Pune – and they’re all bookable on Culture Trip. 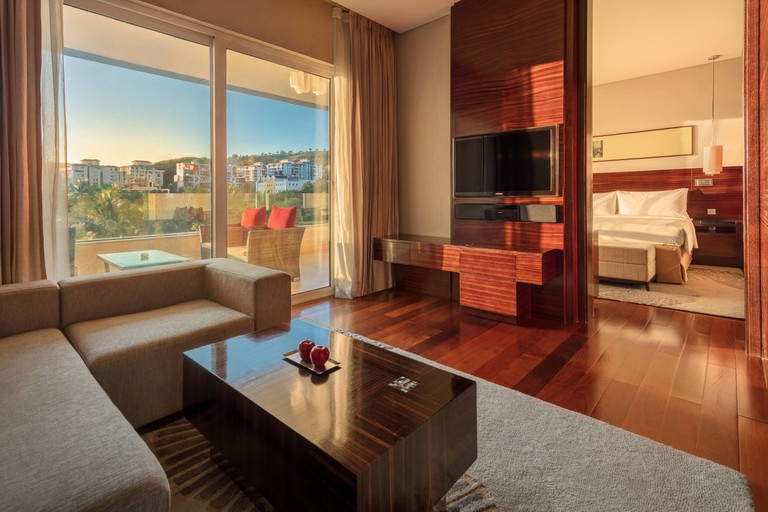 West of the downtown crush, close to the highway to Mumbai, the Marriott is a refined stay in a modern and cosmopolitan part of the city. In the burgundy-coloured bedrooms, giant picture windows bring in views of abundant greenery. All the facilities are excellent, but the rooftop terrace bar brings added wow – armchairs and round pod-like booths float high above the city skyline, and you can enjoy the sunset over a cocktail and finger foods from the North-West Frontier.

The Ritz-Carlton, Pune, for glitz and glamour 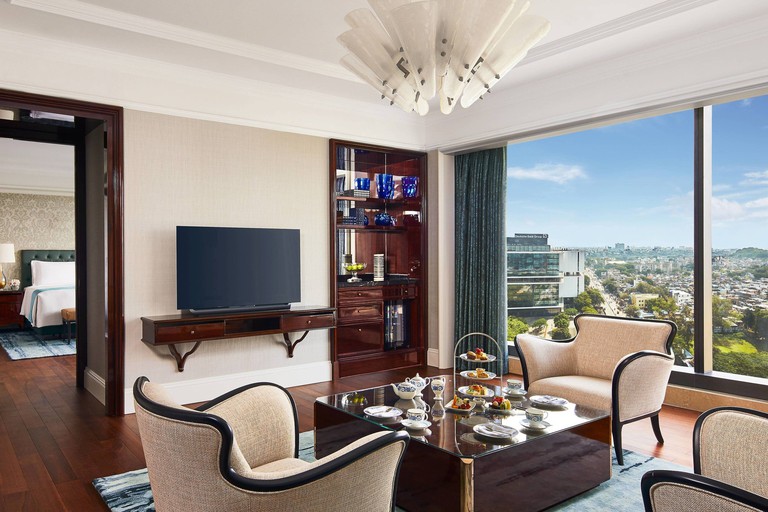 A towering landmark near the Aga Khan Palace, the Ritz-Carlton is all chandeliers, inlaid stone and glass – it’s one of the most glamorous hotels in Pune. Huge and handsome bedrooms look out over a sprawl of trees through enormous windows that create ever-morphing artworks from the views. Decor is opulent but restrained, mixing traditional damask and abstract art patterns, warm woods and plush upholstery. To relax, hit the palm-framed pool, feast on fine Indian and Japanese food, or book in for a round at the adjacent Poona Club Golf Course. 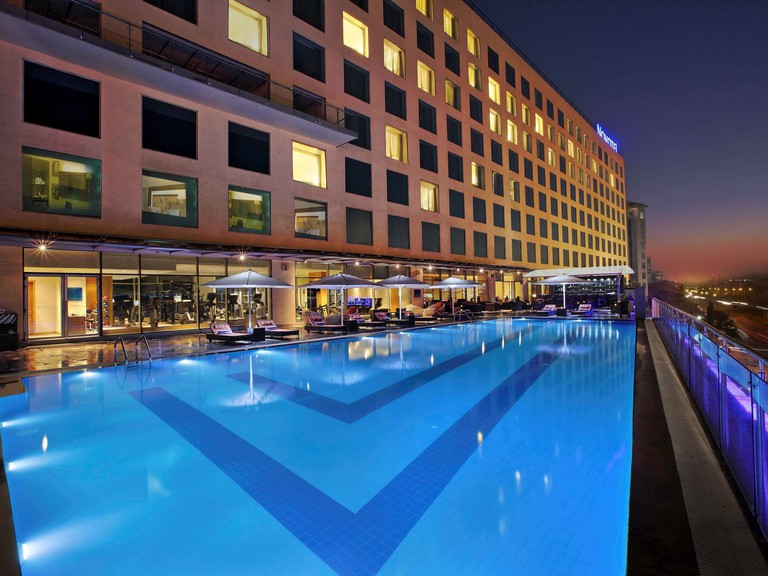 You won’t have to rush to check in for a flight if you stay at the Novotel, close to the airport in the affluent Viman Nagar district. Bright, summery prints and patterns of flowers and lotus pods add personality to the rooms, which have thick carpets and shelves dotted with trinkets. Other luxe facilities include a large, lovely pool terrace above reception and the obligatory patisserie, restaurant and bar. 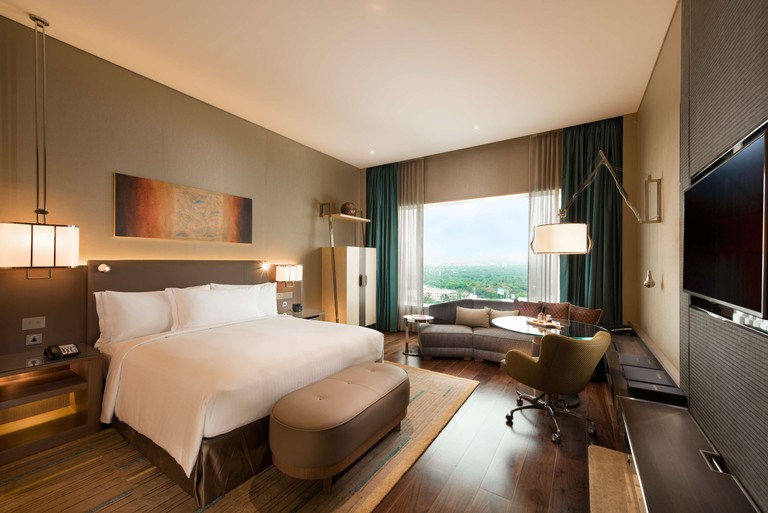 A great location by the Osho ashram, train station and foodie Koregaon Park puts the Conrad firmly on the traveller map. A gleaming, glass-fronted oblong on the Pune skyline, the hotel is full of lavishly laid out communal spaces and bedrooms designed with real panache. The style could be described as future deco – subtle colours, warm woods, upholstered office chairs, big sofas and angular, posable lighting. The poolside cafe is a lovely spot to unwind in the evening. 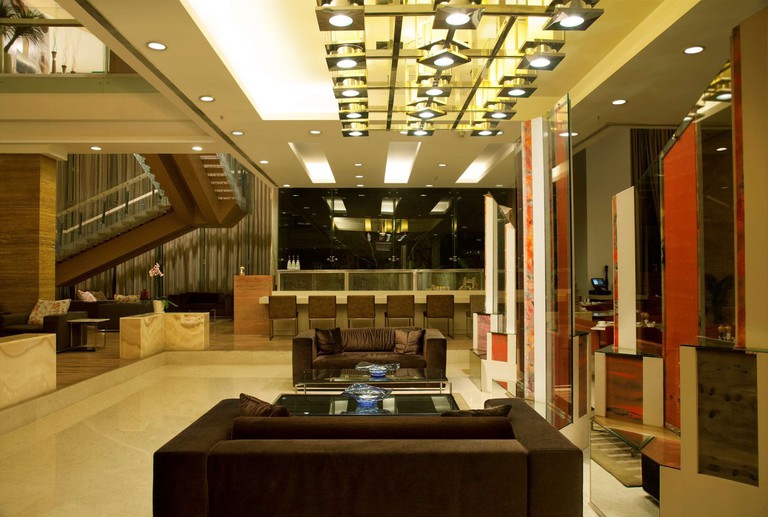 East of downtown, but good for flying arrivals into Pune airport, the Radisson Blu is part of the new wave of Indian hotels in Pune, prioritising modern comforts in place of stuffy tradition. The striking, stone-fronted building is a mass of different-sized windows, all big enough to fill the bedrooms with light. Interior design is all about straight lines, tasteful colours and space, and the house restaurants serve food from as far afield as the Punjab, southern Italy and Mexico.

The Westin Pune Koregaon Park, for an excellent location and tech-friendly rooms 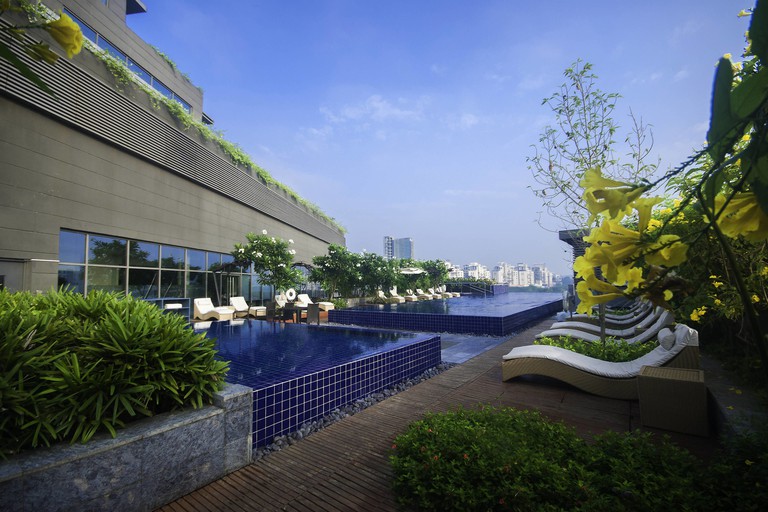 Koregaon Park is the place to be based in Pune – it’s handy for the airport and train station, the Osho ashram and many of Pune’s best places to eat, drink and unwind. The Westin sits in the west of the neighbourhood, a shimmering modern block in an area full of greenery. The subtle, dignified rooms are primed for modern tech, with USB sockets and smart workstations, and there’s good dining on site – including live chefs cooking with fresh green ingredients at the health-focused Market restaurant. 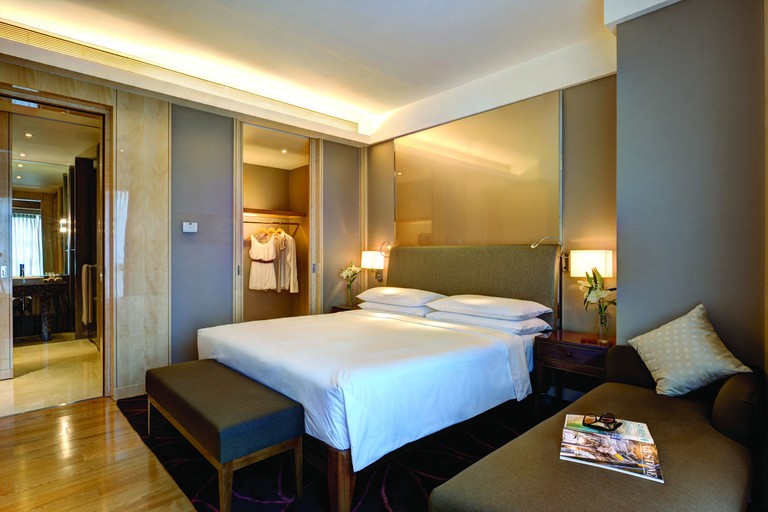 With a prime location near Koregaon Park and Business Bay, the Hyatt pulls in plenty of business travellers – but easy road links open up quick trips to Mumbai and the forts and hill towns that line the Konkan Coast. A gleaming modern block, the hotel is extremely comfortable inside. Big, bright rooms have soft carpets, even softer beds, patterned floors and gorgeous bathrooms with freestanding tubs – plus there’s an indoor pool, bakery, bar and multiple restaurants. 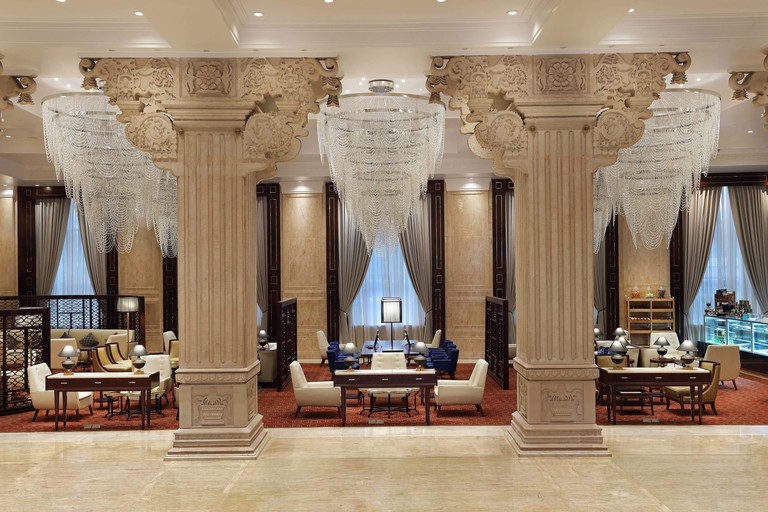 With Pune railway station right on the doorstep, the Sheraton Grand Pune Bund Garden is an obvious overnight stop for new arrivals – but the luxe facilities are what makes it a place to linger. You’re on the right side of the tracks to explore the Osho ashram and there’s finger-licking dining nearby in Koregaon Park, and also in the hotel’s globetrotting restaurants. Rooms are carpeted, comfortable and easy-on-the-eye, and you can dine at night beside the pool. 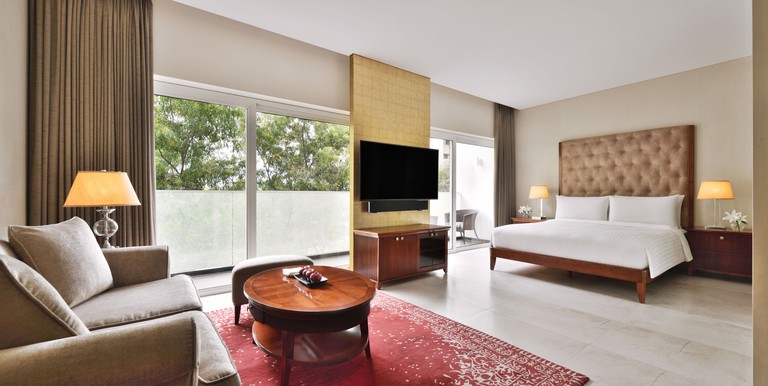 In the green eastern suburbs, this all-suites hotel in Pune is a great base for folk who appreciate quiet nights and space to spread out in the daytime. It’s popular with businessmen who care about maintaining a work-life balance with a pre-meeting swim, a working lunch in the terrace restaurant, a spa massage before dinner or a bedtime cognac in the lounge bar. Living spaces gleam, and the suites are huge and refined.