The Best Food and Flea Markets in Kolkata 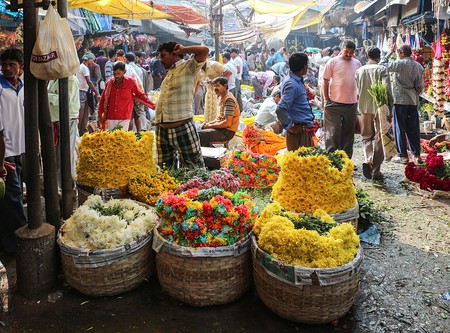 Kolkata is known for its many cheap, vibrant, and historic markets, selling an array of local and colorful goods. Here are the best ones to visit, from a flower fair filled with fragrant blooms to the largest used-books market in India. 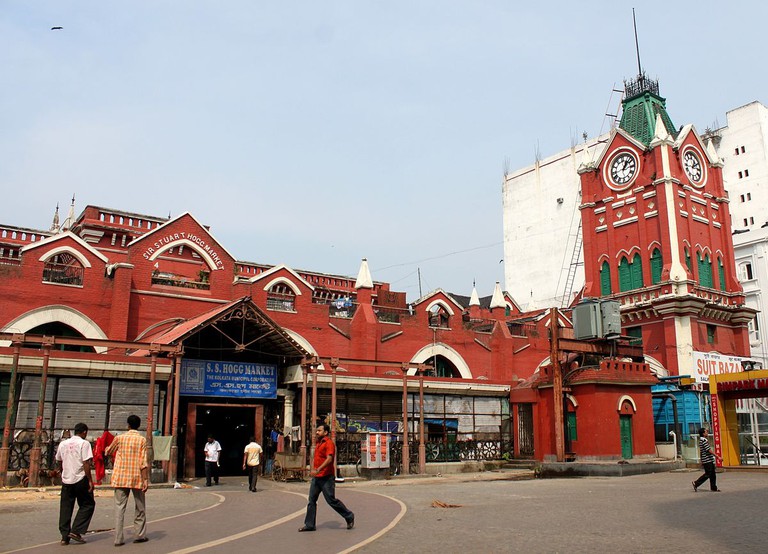 New Market | © Ranktip /WikiCommons
Founded in 1874, New Market is undoubtedly one of Kolkata’s most popular and renowned markets. Even after having survived two major fires, several instances of flooding, and a century and a half of bustling activity, New Market continues to remain one of the city’s best budget-shopping attractions. Around 2,000 stores sell everything from textiles and shoes to fresh produce and local cheeses, such as Kalimpong and Bandel varieties. Plenty of historic eateries and bakeries also line the area, serving a selection of scrumptious treats. Open 11am-9pm every day of the week.
Open In Google Maps
19 Lindsay Street, New Market Area, Dharmatala, Taltala Kolkata, West Bengal, 700087, India
+918777633740
Visit Website
Give us feedback

Market, Chinese, Asian, Fast Food
Facebook
Email
Twitter
Pinterest
Copy link
Share
Map View
Kolkata has been one of the prime destinations for Chinese immigrants coming to India since the late 18th century and once housed a 20,000-strong Chinese Indian population. Terreti Bazaar, also known as Kolkata’s Chinatown, shows the rich role and legacy of the dwindling Chinese Indian population in the city’s food culture, from lip-smacking Indo-Chinese delicacies to Chinese medicines and herbs. The bazaar is famous for its huge variety of momos: the dumplings are steamed, fried, or deep-fried, with fillings including pork, chicken, fish, or vegetables.
Open In Google Maps
Terita Bazar, Tangra Kolkata, West Bengal, 700015, India
Give us feedback 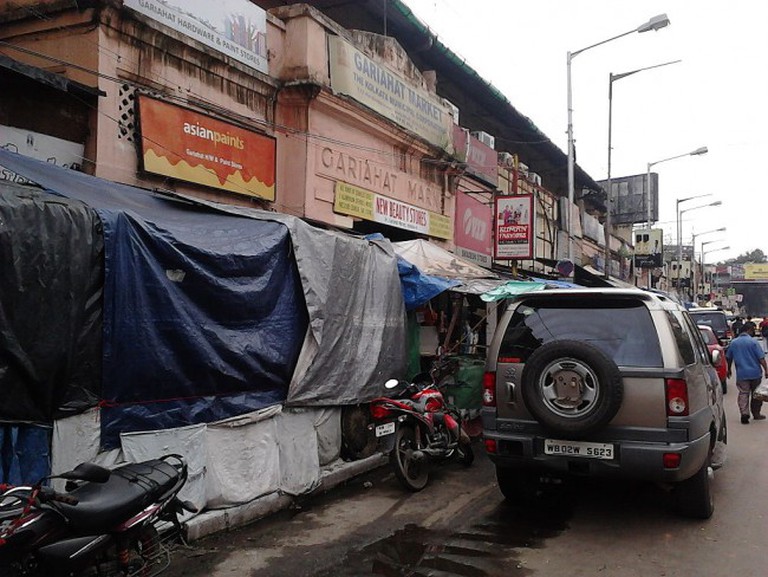 Gariahat Market | © Biswarup Ganguly/WikiCommons
While perhaps best known for its celebrated sari stores, Gariahat Market is the one-stop destination for all your shopping needs, from textiles, clothes, accessories, and shoes, to electronics and hardware. Be sure to bring your finest bargaining skills – you won’t leave disappointed! And while the area houses a range of well-known and popular restaurants, there’s also the opportunity to buy fresh seafood, meat, and produce in the market.
Open In Google Maps
Gariahat Market, Kolkata, West Bengal, 700019, India
Give us feedback 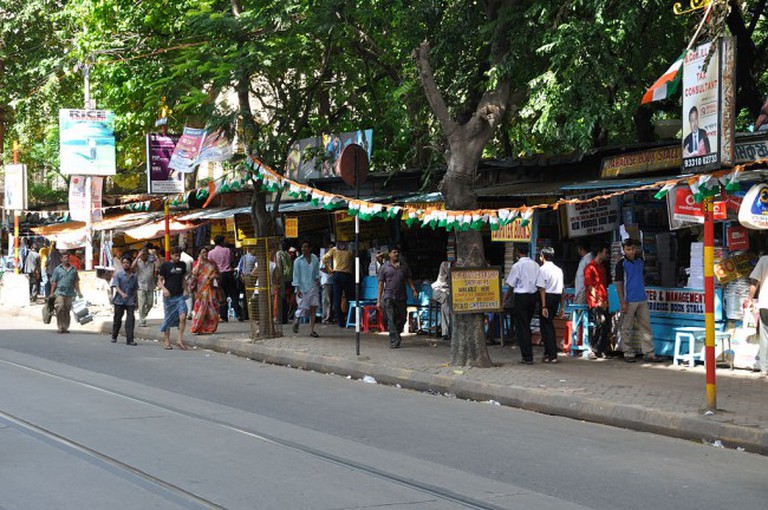 This vibrant wholesale market isn’t just one of the largest in India, but also one of the busiest. Spanning a large neighborhood in Kolkata, Burrabazar is divided into various sub-sections, depending on which commodities are being traded. From jewelry to freshly ground spices, the market trades in a rich and varied selection of goods. 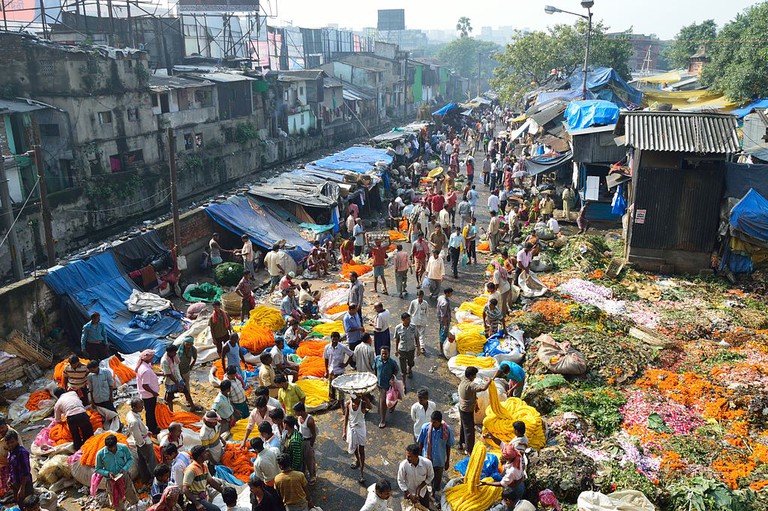 Mallick Ghat | © Biswarup Ganguly / WikiCommons
Located right by Howrah Bridge, this vibrant, colorful flower fair is one of the most well known in Kolkata. Built in 1855, Mallik Ghat sources blooms from all over the country for local vendors and individual customers. One of the largest flower markets on the continent, Mallik Ghat buzzes with activity from as early as 5am and continues through to 11pm.
Open In Google Maps
p222, 1 Strand Bank Road, Fairley Place, B.B.D. Bagh Kolkata, West Bengal, 700001, India
Visit Website
Give us feedback
Give us feedback