The Best Day Trips From Delhi by Train 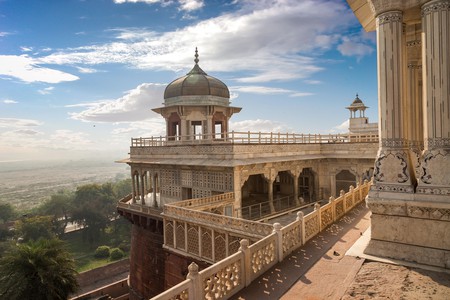 The Indian capital is huge and historic, colourful and cultured, fast-paced and full of energy, but it can be overwhelming. Many tourists arrive in Delhi and quickly flee, overcome by the noise, smells and growling traffic. The good news is that Delhi is easy to escape, so long as you travel by train rather than braving the gridlock on the city’s crowded highways.

Rail lines fan out from the capital to a string of nearby temple towns, Mughal-era monuments and historic hubs. Take a break from Delhi and you’ll return refreshed, ready to plunge back into the city’s heady cultural melting pot. All you need is a train ticket for one of the following destinations.

See the India of the future in Gurugram 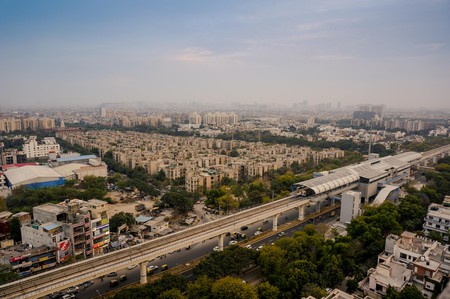 You don’t have to travel far to escape the chaos of Old Delhi. The Yellow Line of the Delhi Metro will whisk you south to the futuristic satellite city of Gurugram (Gurgaon), where India’s growing middle classes are flexing their economic muscle in ritzy department stores and upscale restaurants and bars. There’s a hint of Vegas about the skyscraper-studded skyline, so go with the feeling and book in for a show at Kingdom of Dreams, an all-singing, all-dancing tribute to the glamour of Bollywood. Gurugram is one of Delhi’s most dynamic shopping hubs, and international brands and home-grown Indian designers rub shoulders at cathedrals to consumerism such as Ambience Mall, MGF Metropolitan and Gurgaon Central. For fine dining, book a table at Amaranta in the Oberoi Gurgaon hotel, serving the capital’s finest seafood, flown in daily from the coast. Alternatively, hang out with hip young Delhiites over finger-licking Indian fast food in the ground-floor food court at DLF CyberHub, or sip a cold craft beer in Cyber Hub Social.

Take a day trip with a view in Agra 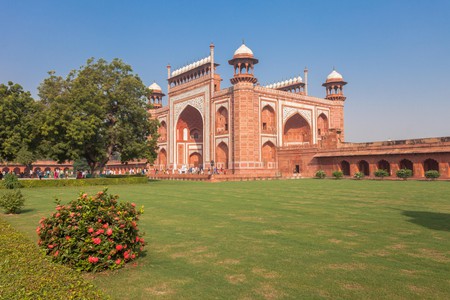 Agra is not all about the Taj Mahal; there are many other monuments to see, like Agra Fort | © Peter Lopeman / Alamy Stock Photo

Like Delhi, the Mughal city of Agra has a reputation for noise and hassle, so zipping in and out by air-conditioned train could be the perfect way to see the Taj Mahal. Travelling on the 6am Gatimaan Express from Delhi’s Hazrat Nizamuddin railway station, you’ll be in Agra in two hours, with breakfast served at your seat in one of the train’s icily air-conditioned chair cars. With an 8am start in Agra, you’ll have plenty of time to explore the Taj Mahal – mobbed by sightseers, but indisputably the most gorgeously proportioned building in all of India. Built by the Mughal emperor Shah Jahan as a tomb for his third wife, this magnificent marble monument is often described as the greatest monument built in the name of love. Fittingly, the emperor and his bride dwell through the centuries in two modest graves on the lower levels of the mausoleum. If you tire of watching the play of light across the gleaming marble domes of the Taj, hail a taxi or rickshaw onwards to the bristling battlements of Agra Fort. Amongst the fortifications and pavilions, you’ll find the apartments where Shah Jahan spent his final years imprisoned by his zealot son, gazing heartbroken at the tomb of his beloved wife. Before you head home, make time for a lavish Mughlai meal at Pinch of Spice, where tandoori skewers and spicy masala sauces are served in portions big enough to feed an emperor. 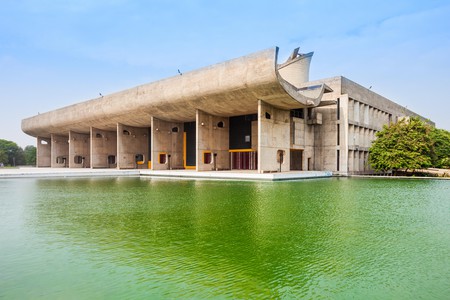 When Swiss architect Le Corbusier was commissioned to build a model city in 1950, he imagined a future India of lush flower gardens and Modernist concrete architecture. The planned city of Chandigarh never quite fulfilled the utopian dreams of its designer, but it’s a fascinating place to visit on a long day trip from Delhi, travelling out and back on the Kalka Shatabdi Express. On arrival, work up an appetite for lunch by exploring the concrete precincts of Le Corbusier’s Capitol Complex, home to the state government of Punjab and Haryana, and the endearingly bizarre Nek Chand Rock Garden, a surreal sculpture park lovingly assembled by a local transport official using leftover materials from the construction of Chandigarh. Sector 17 is crammed with excellent places to eat. Ghazal is a decades-old Chandigarh institution, serving sophisticated Mughlai dishes in an agreeably dated dining room plucked straight out of the 1970s. There should be time to view the paintings by local luminaries in the Government Museum and Art Gallery before you jump on the train back to Delhi.

Have Krishna encounters in Mathura and Vrindavan 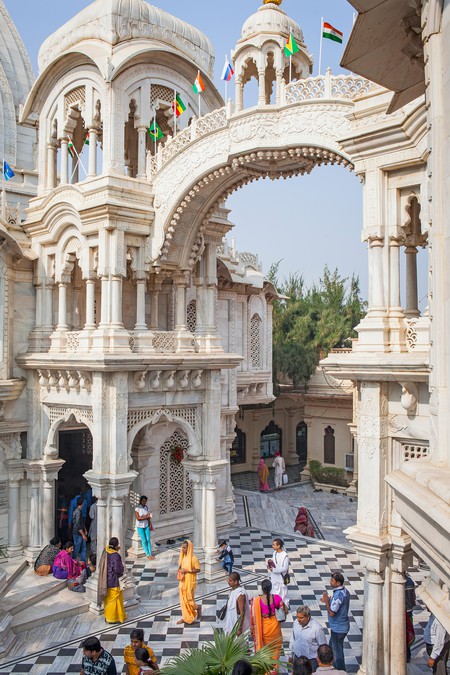 Delhi is deeply devout, but the capital’s spiritual side often gets lost in the noise and chaos. For a more peaceful spiritual encounter, take a train from Delhi’s Hazrat Nizamuddin railway station to the twin towns of Mathura and Vrindavan. According to the Hindu epic the Mahabharata, Lord Krishna was born to a princely family in Mathura, and spent his childhood cavorting with gopis (milkmaids) in the pastures around Vrindavan. Today, Vrindavan is the headquarters of the International Society for Krishna Consciousness and you’ll hear plenty of enthusiastic chanting and drumming in the ornate marble Krishna Balaram Temple just west of the train station. A 30-minute bus ride south of Vrindavan, Mathura is famous for the spire-topped Shri Krishna Janmasthan temple, marking the spot where Krishna was born, and the ancient ghats (ceremonial steps) along the Yamuna River, where waiting river guides offer restful rides on the sacred waters. The train back to Delhi takes just a couple of hours, so pause for a leisurely lunch at the Sri Govinda restaurant inside the Krishna Balaram Temple, highly regarded for its richly spiced Indian vegetarian dishes.

Get Raj reminders in Meerut

Around a dozen trains trundle out daily from Delhi bound for Meerut, the starting point for the First War of Indian Independence in 1857. It was here that Indian soldiers, already resentful of colonial rule, were pushed to mutiny by new rifle cartridges greased with beef and pork fat, which were offensive to Hindus and Muslims alike. The uprising is commemorated by the marble Martyr’s Memorial at Bhainsali, but the most evocative relics of colonial rule are Meerut’s grand churches. St John’s Church in the colonial cantonment was built to accommodate 10,000 worshippers; today, just a handful of parishioners gather on the time-worn pews, and the tombs of colonial heroes and Indian mutineers are crumbling into ruin in the adjacent cemetery. Before boarding the train for the two-hour ride back to Delhi, take a taxi to the nearby village of Hastinapur. Three of the great tirthankaras (teachers) of the Jain religion were born here, and vividly colourful Jain temples sprawl across a green expanse of parkland.